Happy Sunday everyone. Today was a last-minute decision to hit up the MTV Movie & TV Awards at The Shrine by USC. This was familiar territory, since I technically go to school here. I arrived surprisingly on-time, and was super lucky to find a meter spot open up. They had shut off Figueroa, and replaced it with a bunch of police cars and traffic officers. Basically, extra af. This is that VIP treatment you get for being a celebrity. They shut down public streets for you to get escorted in.

it's literally hailing outside. @MTV movie awards we in this bitch. 🏆 pic.twitter.com/OI4bLnOZG4

Huge shout out to the homie Ural for the invite. He literally couldn’t have asked someone who would have appreciated it more lmao. This is my steez. And what’s crazy is, this time, I wasn’t covering. I was just chillin’. Like a basic bitch. His girl Rya (thanks boo) is a Production Coordinator and she had the 2 tickets. I actually didn’t even know this was happening today. Smh. And at The Shrine? This was home.

We meet at 3pm, right in front of the outdoor stage. Someone was performing, not sure who, but I really wanted to go lmao. We were told doors closed at 3:30pm, so we obediently entered the building… only to be trapped for a solid 2 hours. Of course, I tried to leave, but no in’s and out’s (I hate that rule). The actual show wasn’t starting until 5pm, and they hadn’t even opened the doors for people to sit in their seats. That’s a long time for ya girl who has anxiety and no patience lmao.

But I survived. We frolicked the downstairs and came across a huge TV with headphones attached. Of course, MTV was playing. It was actually pretty cool. They were showing the red carpet, which was happening right outside the building, maybe 30 feet away. I see Terrence J interviewing Big Sean and fell in love with Sean’s hat. “God is my source.” I can always respect someone who is poppin’ and has enough followers to send a message and make an impact. Even with something as simple as what he wears. Millions of viewers saw Sean in that hat tonight. Then I watched the end of Pitch Perfect 2. I was literally standing there lol’ing. That movie cracks me up.

We literally watched the people come in. Well, I did. People watching, ftw. Forced Ural to take a pic with me. That’s what happens when I get bored. I called it a golden ticket because it was so so pretty. Our seats were upstairs on the balcony, and they had people holding huge signs to point us in the right direction. I stood by the front because Verizon was failing me with service inside. Happy I did, because I ended up running into a few familiar faces. It’s a small world out here in LA.

out here at the @MTV movie awards 🏆🏆 pic.twitter.com/YTPt220uL6

Okay, so this Shrine Auditorium is fucking massive. This isn’t the same venue where I see all my shows. I think it’s all one building, but this theater is adjacent to the Expo Hall. Our seats were way up there, like my legs burned from the stairs lmao. It was dope though. It’s set up where no matter where you sit, you’re looking down at the entire stage. I will say that I am disappointed in how many empty seats there were. They could have had SO many more people attend. Not entirely sure how tickets work, but I know there’s this app you can use to sign up to go to these awards shows. I just for some reason feel some type of way about how empty it was. I wish I took a pic.

All I have to say is, being at a live taping of a show or event is so different than what you see on TV. The behind-the-scenes is crazy. They literally have people on deck working their asses off to switch the stage sets each commercial break. It looks stressful af. I couldn’t do it lmao. DJ Nasty was a riot on the mic but the real star of the evening was the host, Adam Devine. He was/is fucking hilarious. The opening scene was him as the Beast in Beauty and the Beast.

Shout out to whoever was running this @MTVAwards page on Twitter, they literally responded to my tweet in less than 30 seconds. Video and everything. I was dying. They were so on top of every winner, every performance, every anything. Solid. As an avid Twitter user, I love that.

😍 @EmmaWatson wins best actor in a movie for #BeautyAndTheBeast!!!! pic.twitter.com/Z0ITepqOvV

True life: I love Emma Watson. She won the Best Actor Award, and I got to hear her speech in that amazing British accent of hers. She looked so good too. This made me really happy I saw the film. Also, this was the first year they had the award with no gender differences. She won amongst the actors and actresses in the category.

I was lit when I saw DJ Khaled chilling at one of the round tables down yonder. Literally ran into him yesterday and still can’t get over the Snapchat fail. This awards show was honestly a blast. It was so cool to see artists and celebrities from all genres.

Ural literally left after 15 minutes lmao. I was dying. Such a Ural thing to do. To be honest, I hate being dolo. I have social anxiety when I’m alone lmao, especially at events. But I took advantage and snuck all the way down to the first rows on the balcony. Man, why didn’t I do this sooner lmao.

Hugh Jackman and Dafne Keen won Best Duo for Logan. Very well-deserved. That movie was fucking fire. I totally remember thinking that little girl deserved an Oscar halfway in. This will do. Best Kiss was awarded to Moonlight, and I was excited to see this exclusive clip of the upcoming SpiderMan film. I was literally so down for all this movie talk, but when it came to the shows, I had no idea what the hell was going on. Don’t watch TV :(.

Taraji P. Henson is the shit, along with Fences. Definitely deserved this Fight Against The System Award.

This was dope too. Daniel Kauuya is the main character from Get Out, and it was so crazy to hear his British accent here. The fact these actors can fake an American accent just as well as we fake British accents is so interesting to me. He won the Next Generation Award, whatever that means lmao.

I tweeted this literally when Adam handed Lil Rey the trophy for Best Comedic Performance, but then saw (per his Twitter) that he had gotten the award way earlier. Oh well. You guys get the point. It’s crazy how much his career blew up after Get Out. His role as a TSA agent lmao. So many memes. Pretty sure that means you’ve made it.

My phone was literally on 5% battery at this point, but I knew I had to capture the last performance of the evening: Big Sean doing “Jump Out The Window.” This was okay. He was doing this song specifically I think because MTV was going to premiere the music video. I think the performance looked better on TV lmao. For someone who goes to too many shows, it’s awkward to me when there’s no crowd engagement.

Martha Stewart and Snoop Dogg presented Trevor Noah with the Best Host Award. That was cool. Don’t watch his show either though lmao. This Is Us won the Tearjerker Award, and I can proudly say I watched a few episodes. I loved it. It’s a show about feelings. My permanent state of mind lmao. Beauty and the Beast really won Best Movie though. Damn, Emma had a damn good night.

I left when they announced the Show of the Year, which I believe the entire cast of Stranger Things came up to celebrate. I was going to hang out with the broskee tonight. We got $20 reflexology foot massages in Chinatown at JJ Spa. We were both disappointed lmao. I usually am not picky, but it just didn’t hit the spot tonight. Tear.

I hate when you’re signing the credit card receipt and the person is staring at you, trying to see how much you’re going to tip them. So much damn pressure. I tipped $7, in case anyone was wondering. Hung out in Lil Tokyo until I realized tomorrow’s Monday and I have a crazy week ahead. 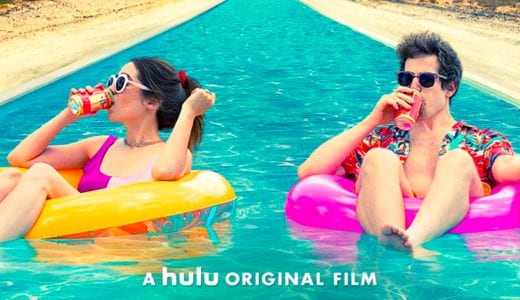 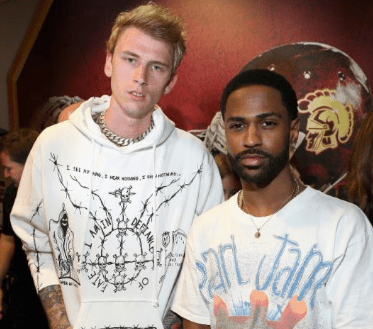