Inside Mike Kelley’s take on Superman’s post-apocalyptic sanctum sanctorum, ‘Kandor 10B (Exploded Fortress of Solitude)’, in ‘Mike Kelley: Kandors 1999 – 2011’ on view at Hauser & Wirth Los Angeles through 21 January 2018. – From within the depths of Superman’s fortress the visitor is reunited with the city of Kandor, now rendered as a glowing rose-colored emanation encased beneath a bell jar. Eerily illuminating the darkness of the rocky chamber, the roseate Kandor reveals that the crevices of Superman’s solitary sanctuary actually glitter with tiny gold trinkets. – The Fortress of Solitude has indeed exploded. Chaos has triumphed over order and long years of preservation have succumbed to galactic cataclysm – but we are left with a pot of gold. At the limit of loneliness and trauma, in an uncanny archaic place, we encounter a glittering symbol of duality – of hope and life, of wealth and greed. One of the final works of the Kandors series, ‘Exploded Fortress of Solitude’, suggests a dramatic denouement for the fated city, a possible catharsis not only for Superman, but also for Mike Kelley, and for us. – Next Saturday 18 November 2017, the Mike Kelley Foundation for the Arts and REDCAT (@calartsredcat), CalArts' downtown center for contemporary arts, co-present the first-ever symposium focusing on the last major project of renowned artist Mike Kelley (1954-2012): Kandors. Speakers include Huma Bhabha, Thomas E. Crow, Trenton Doyle Hancock, Sylvia Lavin, David Mather, Dan Nadel, Mary Clare Stevens and John C. Welchman. View our story for link and more information. #MikeKelley #Kandor #FortressofSolitude #Kandors #Superman #Survey #Kandor #LastWorks #Exploded #Installation #Sculpture #Video #ContemporaryArt #InstallationArt #MustSee #DTLA #LAArtstDistrict #HauserWirth #HWLosAngeles Image: Mike Kelley, Kandor 10B (Exploded Fortress of Solitude), 2011 Installation view, ‘Mike Kelley: Kandors 1999 – 2011,’ Hauser & Wirth Los Angeles, 2017 Art © Mike Kelley Foundation for the Arts. All Rights Reserved / Licensed by VAGA, New York, NY. Courtesy the Mike Kelley Foundation for the Arts and Hauser & Wirth. Photo: Fredrik Nilsen

Happy Saturday. I’ve been eyeing this art gallery for days. Introducing Hauser & Wirth: a family business with a global outlook. I’m so intrigued just reading about this. H&W encompasses art, education, conservation, and sustainability all in one. Founded in 1992 in Zurich by Iwan Wirth, Manuela Wirth and Ursula Hauser, it has since expanded to 5 major cities. Luckily, Los Angeles was one, and the location is 5 minutes from.

was feeling down so went to surround myself by beautiful art at @HauserWirth. this is kandor from superman 💎 pic.twitter.com/c5IoLwBnSK

The Arts District might be one of my favorite spots in LA. To be completely honest, I was emo today. Had a lot of things on my mind and knew I needed something. Thank goodness Hauser & Wirth is open until 6pm. I got out of class around 4pm and pull up to 901 E. Third St to find a gang of people on the streets. It was a bright sunny day in La La Land, and the line for Salt N Straw was out the door. I saw so many happy campers hanging out with their friends and families and it warmed my heart. Speaking of, I NEVER go to art galleries alone. Same with events, I have solo anxiety. But it turned out to be the best decision I’ve ever made.

I’d seen pictures on social media floating around of some Superman exhibit and had to see for myself. I proceeded to click on the links and found the full press release to the madness. This is the work of a man named Mike Kelley, who brings Superman’s birthplace, the city of Kandor, to life. Everything is based on the Superman comics, where an alien is sent to Earth as a baby to escape the destruction of his home planet, Krypton. Plot twist: it turns out that Kandor was actually not destroyed. It was shrunk and bottled by Braniac, the futuristic city that was later rescued by Superman. For almost a quarter-century, Kandor and its mini-citizens survived in Superman’s care, sustained by tanks of Kryptonic atmosphere. This served as a constant reminder of Superman’s lost past and disconnection from his adopted planet.

The selling point: it was free. I enter the premises and ask where the Superman exhibit is like a lost puppy. I wandered into the first room I see, which was full of beautiful art, and realize there was so much more. Hauser & Wirth has SO much to offer: multiple rooms and galleries, a glorious courtyard, a gift shop, and… the Manuela restaurant. Named after owner Manuela Wirth, this buzzing dining spot carries the same exact mission statement: a unique experience where art, community, education, sustainability, and food unite. The line was out the door. My homeboy told me it was the talk of the town. I HAVE to come back. Who’s coming with?

‘Mike Kelley: Kandors 1999 – 2011,’ organized in collaboration with the Mike Kelley Foundation for the Arts, opens this week at Hauser & Wirth Los Angeles. – Initiated by Kelley in 1999, the Kandors series comprises numerous representations of Superman’s birthplace, the city of Kandor. The popular Superman story recounts the adventures of an alien being sent to Earth as a baby to escape the total destruction of his home planet, Krypton. However, it turns out that Kandor was not, in fact, destroyed. – ‘Kandor 3’ includes an illuminated miniature version of the Kandor city on a plinth, encased in a glass bell jar coupled with faux gas tanks and hoses, which intend to evoke the life sustaining vapors that Superman used to keep the citizens of Kandor alive. Video projections, depicting the bottles with swirling atmospheric and light effects inside them, feature an otherworldly soundtrack composed by Kelley. – ‘My goal was to highlight the differences between the graphic qualities of the comic-book illustrations and the dimensionalized versions of them represented in the sculptures’—Mike Kelley – ‘Mike Kelley: Kandors 1999 – 2011,’ Hauser & Wirth Los Angeles, 21 October 2017 – 21 January 2018. Public Opening: Saturday 21 October, 6 – 9 pm. #MikeKelley #Kandors #Superman #Video #Survey #Installation #Sculpture #Miniature #Soundtrack #ContemporaryArt #ComicBook #Superhero #Kandor #Hometown #NewExhibition #ComingSoon #DTLA #LAArtstDistrict #HauserWirth #HWLosAngeles Image: Mike Kelley, Kandor 3, 2007 Art © Mike Kelley Foundation for the Arts. All Rights Reserved / Licensed by VAGA, New York, NY Courtesy the Mike Kelley Foundation for the Arts and Hauser & Wirth Photo: Fredrik Nilsen

I actually am so proud that I was able to walk through with my phone in the pocket of my hoodie. I must have taken only one or two Snaps and one tweet. The rest was just me soaking in all of Mike Kelley’s work. I also had some great conversations with the staff, who are posted in each room (maybe even corner). I asked one to educate me and her face just lit up. This made up for my dolo mission. I love talking and totally don’t mind conversing with strangers. It also beats reading a sign posted on the wall.

was feeling down so i went to peep #hauserwirth in the #artsdistrict 💎 #mikekelley redid #superman’s birthplace of kandor. so dope. 🔮

These structures were all replicas of the different cities which represent a piece of Superman and his hometown. She lost me after that lmao. But I loved the ones that had Kandor in a glass bottle. It was so magical and just alluring. It felt like Disneyland almost. Mind you, I had no idea the backstory of Superman before this lmao. None. If you’re into comics, this is extra special for you. I had to catch this photo opp. She said it was definitely a hot spot, which made me a tiny bit less self-conscious.

Thank you everyone who’s seen our movie and everyone who’s gonna see it and anyone who’s still undecided, check it out you won’t be disappointed, thank you all for being awesome!! 🙏🤘✌️#thorragnarok #thor @marvel @taikawaititi

Tonight, I had promised my friend I’d go see Thor with him in theaters. If you know me, you know I used to be fucking obsessed with movies. Like, I used to have the Moviepass. This brainwashed me to see every single movie that came out. It was honestly bad. I found myself sitting in the worst movies only to see it because I hadn’t seen it. This was back when school was my main focus, so I had nights to spare. My schedule now is crazier than ever and I was astonished to find I didn’t even re-download the Flixster app when I got my phone repaired. That used to be my favorite app. No shame.

Have you seen the #1 movie in the world? Marvel Studios’ #ThorRagnarok is NOW PLAYING. Get tickets: [link in bio]

First off, you can’t lose with Marvel. They are GOAT. Remember how fucking epic Deadpool was when you saw it for the first time? Remember that feeling? That’s the exact feeling I got tonight watching Thor, only greater. Shout out to Stan Lee. He’s a legend and will never be duplicated. Thor: Ragnarok is the third in the series, and I (again) had absolutely no knowledge of the backstory. But that’s the beauty of it. This movie is made for all audiences. It’s so entertaining in all aspects possible.

i just snuck into movies i feel like a child

We pull up to the 9:15pm 3D showing to find it completely sold out. Damn, Regal L.A. Live killing our vibe. My reckless self actually successfully sneaks in (the struggle is real). I get a call from Duncan in line only to find out all my efforts went to shit lmao. Oh well. At least I could brag about it for like 3.5 minutes. We tried to find other theaters and eventually settle on the later showing. Which actually proved to be so clutch because I was able to mob home to get my j. Game changer.

“Want to see what true power really looks like?” Watch a special look at #ThorRagnarok! Get tickets now: https://t.co/AZAiM8TLdp pic.twitter.com/5xpJf3V6zy

IMDB plot: Imprisoned, the almighty Thor finds himself in a lethal gladiatorial contest against the Hulk, his former ally. Thor must fight for survival and race against time to prevent the all-powerful Hela from destroying his home and the Asgardian civilization.

#ThorRagnarok might be the best marvel movie yet. also was v lit and 3D was life changing lmao 😎

Honestly, this movie is so fucking funny. Comedy is the secret (or not so secret) ingredient to success in film. I’m literally over here wondering who wrote the script, because those jokes could not have been more perfect. Even the opening scene in 3D had us geeked in our chairs. In our extremely comfortable, plush seats that half reclined. All I needed was a blankie and I would have been out lmao.

The opening scene also introduced this beautiful creature by the name of Chris Hemsworth. Seriously though. I could not stop staring at those arms lmao. The cast is stacked per usual. Mostly famous people I recognize in every movie but never know their real names. Loved The Hulk in this also. You guys just have to go see it. Like, you deserve to go see this. It’s so great. The whole time I felt like I had made the right decision in coming.

And lmk when you do!! 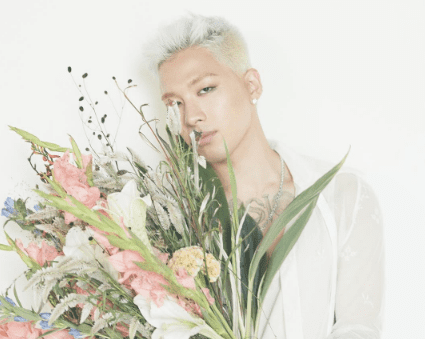 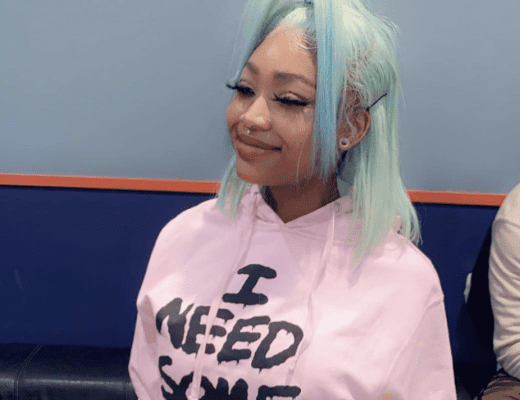 Summer Walker Shut Down The Fonda With “Girls Need Love”