Another incredibly lit weeknight, ftw. I know I use the word “lit” a lot, but this one actually embodies the definition of the word. Jazz Cartier at The Roxy on Sunset with openers Levi Carter, J.I.D., and Bobby Raps. I was definitely just here on Monday for Rich Chigga. I’ve grown to really love all the staff there. They’re sweethearts.

My first order of business, was to catch Levi Carter, who’s set time was 9pm. I got home and tried to nap for 30 minutes but could not fall asleep for the life of me. Being out last night for Brother Ali combined with a 9am-7pm workday today had me beyond exhausted. Any time someone greeted me today, I literally hit them with the “I’m tired af.” My body was aching but mentally, had to push through. Only way to do it.

Plus, I had to catch Levi’s set. Mainly because Ayanna put me on, and I know she wouldn’t steer me wrong. He’s signed to Roc Nation, which means he’s got talent. After 10 circles of trying to find parking, I walk in midway through his set. It was a lituation. He had The Roxy turnt. I was listening to his music all day (in preparation), and fell in love with “Waves” featuring Key! Straight vibes.

He ended his shit with “Look At Me” by XXXTENTACION lmao. Smart move. That song is so lit, and had the crowd extra ready for Bobby Raps to take the stage. I have to say, I was very impressed by this dude. I don’t think I’d heard of him before but he made sure The Roxy fucked with him. He was smooth as hell up there.

Shout out to T.F in the building hanging out with ya girl. I hate being dolo lmao and my plus one wasn’t pulling up until Jazz’ set at 11pm. He’s the fam. Actually, shout out to everyone who was out tonight. So many familiar faces and what better way to catch up than at a show. Also bless up for the time in between sets, so I could go feed the meter in 40 minute increments. Smh. Such a hassle. But my spot was literally right out front so it was worth the sacrifice.

.@JIDsv is the truth. shout out to @Dreamville in the building tn ✊🏾 pic.twitter.com/NSsX26Cmyk

Next up was damn near the main attraction. Everyone was out to see J.I.D. Not only that, but it seemed like everyone knew him. I met him at SXSW, and was ecstatic because this was right after his album dropped. The Never Story is fucking fire. He can spit and he’s got the smoothest production. They call him a rookie at Dreamville, but not for long. Especially since he’s got J. Cole backing him.

Every track he performed was fucking fire. “EdEddnEddy,” “Underwear,” “All Bad,” he was going in. It was so respectable. Homeboy’s from East Atlanta, and it was only tonight that I noticed he was covered in tats. I love tats lmao. The Roxy filled up real quick. There were fans in the front reciting every word.

Here we go. Jazz Cartier took the stage at 11pm on the dot. My girl Avi finally arrived, equipped with a vape pen. I love her. It was a lituation up there in VIP. Also, shout out to all of Capitol Records in the building. Congrats to Jazz for getting signed, I know he was independent for a while. He’s from Toronto, which means he’s got Tory Lanez, Roy Wood$, Drake, and all them fools to compete with. Huge thanks to Joanne who got me on the list, I was so happy to meet her IRL. Everybody was getting drinks- it turned into a party. Happy hump day.

.@JazzCartier is the definition of lit. "just in case" 🔥🔥 pic.twitter.com/W2IjoG17yy

He played “Tales” and “I Know” off Hotel Paranoia. But I got extra excited when he played “Just In Case.” That was the song that put me on. And then my phone ran out of storage again. Kill me now. Seriously, this is my job, and it’s not okay lmao. I missed him chugging an entire of vodka on stage right after. Like, an entire fifth. He told my girl Ash how he hates alcohol because how drunk he gets after each show. That means it’s real. I remember when I would see The Game chug a fifth every show, and question it every single time.

“Stick & Move,” “Waste,” “Lil Wayne,” banger after banger. The homie Bruce described him as a step under Travis Scott lit. That’s a statement, and I’m not disagreeing. Next, he played his record with Ye Ali titled “Ring.” That’s my girl’s jam and she was feeling herself next to me lmao I loved it.

He had the crowd so hyped when he performed his next single “Tempted.” Fire. And then I had the most delayed reaction when he brought out Cousin Stizz lmao. I was socializing and heard “500 Horses,” and was like hold up. That’s not his song lmao. It all made sense. Ran into his manager Tim earlier. Love Stizz. Real recognize real.

THEY WANT ME DEAD OR ALIVE. @JazzCartier really out here 🔥🔥 pic.twitter.com/KcSi0qylXd

He proceeded to perform “Red Alert” by floating all around The Roxy, hopping on top of the VIP barrier over by us. He was standing tall and proud the entire time, spitting into that mic. But this was the grand finale. He’s literally putting his life in the hands of these strangers in the crowd, who could drop him at any time. Performing on top of the crowd, “Dead Or Alive” could not have been more lit. Shout out to Jazz for the RT.

I love my girls. This was a school night but we were here for it. Thanks Ophi for recording the video for me when my phone was buggin’. She knew to stop it exactly at the one-minute mark perfect for IG. Soulmate lmao <3. 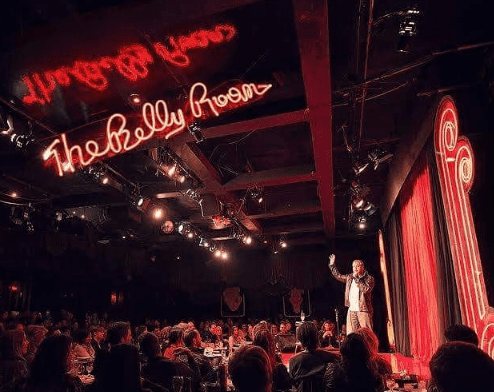 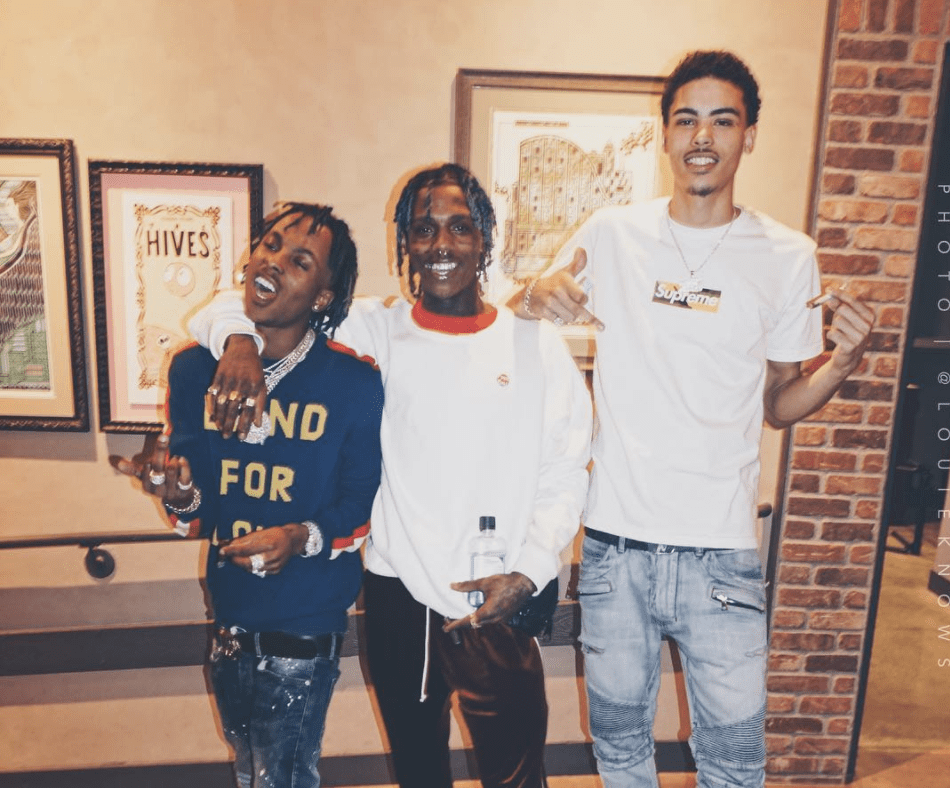 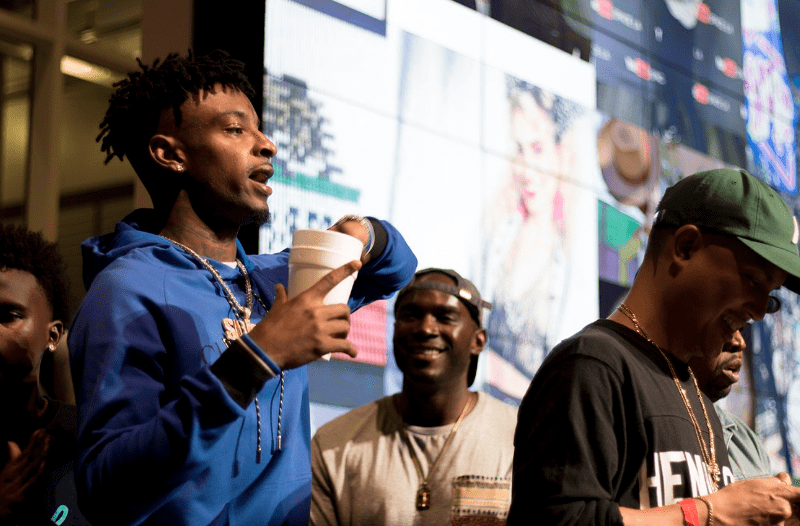