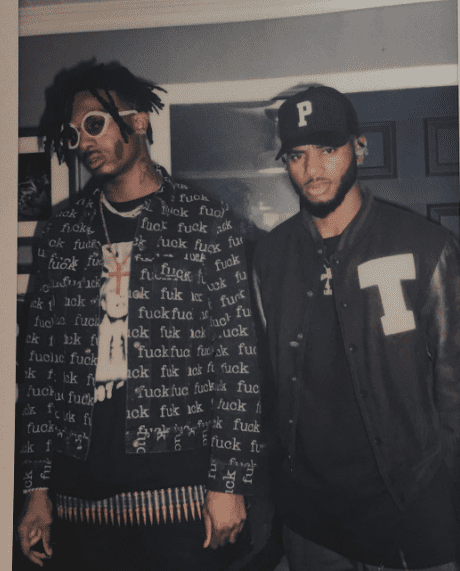 After an extremely long day of work, there was only one thing that could cure me. Bryson Tiller’s pop up show at The Roxy in LA. This was seriously out of the blue. I only found out because the homie saw it on his Gram last night. The shows are in light of his recent project True To Self.

Huge thanks to Amaiya with RCA for allowing me to cover. This meant a lot. TRAPSOUL is the reason I fell in love with Bryson. I’ve seen the man plenty of times before, but not in an intimate setting. The Roxy was perfect. We pull up at 9pm to find the longest line of fans. This venue doesn’t t play with tickets… at all. Tonight way stricter than any other show here. In order to cut the line, you needed all access or VIP. So we played bougie and waited until the line died down lmao. Eventually finessed, but shit was real for a second.

Funny story. I was totally not feeling the new album upon first listen. People kept asking me why, and I finally figured it out: I had no boo to relate it to. He goes in on his ex, and the ladies in general. I tweeted that the project was weak, and now I feel dumb lmao. I totally retract that statement. I couldn’t stop listening to the project, even before the show. On my drive over, I literally got hooked on “Self-Made.” That song is my jam.

As excited as I was for “Self-Made” being the opening track, we all soon realized the mic wasn’t working. Awkward. They literally had one job lmao. You could tell Bryson was frustrated. But eventually, they got it going. My girl and I hella wanted him to play the track back, but “Blowing Smoke” was solid. It was smooth sailing from here on out.

Before performing “Don’t Get Too High,” he called this the “2017 TRAPSOUL series.” I loved that. Next, he told us all a story, highlighting how far he’s come in this music shit. This lead right into a performance of “High Stakes.” So crazy, homeboy is really only 24 years old.

Absolutely loved that he was playing cuts off both projects. Switching it up on us. I had to go feed my meter mid-set and came back to him performing “Sorry Not Sorry.” I rushed my ass back to VIP to get this video. The crowd was wildin’. As was I.

“You Got It” is my girl’s favorite track off True To Self. After hearing it live, I soon determined it’s my second favorite. For sure.

“So gimme all of you in exchange for meeeee.” “Exchange” hits the soul.

Next came more cuts from the new project: “Before You Judge,” “No Longer Friends,” and “Money Problems / Benz Truck.” And then the most memorable moment of the evening: Playboi Carti. IRL.

Tiller first hyped up the crowd, asking if they could turn up with him. I literally thought he was going to play “Don’t.” If you know me, you know I’m a Carti fan. I just couldn’t believe Tiller brought him out. So random but so great. I wanted to post this to my own page, but I’ve literally posted “Magnolia” videos like 5x this year. I need to chill lmao.

“Don’t” was the finale. A great finale. Hands down my favorite track by Pen Griffey. This show was legit one hour on the dot. Everyone wanted him to play an encore, but it didn’t happen. I had a feeling it would be short, since it was a pop up show after all. Someone commented on DX that he looked way more confident and comfortable. I totally agree. Being a day one fan, I’ve seen him evolve as an artist. It’s only up from here.

Shout out to my babygirl Danielle for being my date. She’s from Oakland. This was a beautiful celebration of the Dubs taking game 1. If you’re a Cavs fan, go check the score.

Next up was a cruise down Sunset to Los Globos. Tonight was Daylyt’s release party for his recent project Let There B Lyt, produced by Willie B. I’m not going to lie, I wasn’t too familiar with Daylyt, other than that he is one of the illest battle rappers. This was a big deal. Willie B is a TDE producer. After tonight, I have a newfound respect for the man.

Tbh, I first heard of this show was when I saw KXNG CROOKED on the bill, with Ill Camille. Talk about a real female MC. I met her IRL at The Lox show at Belasco, and she handed me a hard copy of her Heirloom CD. I remember giving it a spin one day and could not stop listening. It’s a great piece of work.

Super dope seeing her do her thing on stage. She closed out with “Lighters” and “Live It Up.” After her set, I look over to find DX’s own Sparkle. The fam was out tonight at Los Globos. LA always has the city on its back.

Next up was Curtiss King, also from the area. He opened his set talking about working at Quizno’s at Carson, CA. Crazy. Opening with “Jubilee Year” was fire. Then I went in the whip to charge my phone lmao. There was a solid hour before the headliners. Came back to Krondon on stage. Also dope.

Finally, Daylyt takes the stage. In a fresh, all-white fit, which he later reveals is a 5 dollar jacket from Goodwill that he blinged out himself. Fr, by looking at him, you would think he was dressed in all designer everything. So crazy. He said he was rocking 15 dollar Walmart jeans. Respect.

Daylyt got real personal with us off the bat. After his first song, he told everyone how he didn’t use to have God in his life, proceeding to bring his mama on stage. She blessed us with some positivity and even a prayer. It was church up in Los Globos tonight. This was a beautiful moment, for everyone. I just stared at Daylyt and saw his huge tattoo on his face. You could just tell he’s been through some shit.

Fresh off tour with Lupe Fiasco to now headlining the stage with KXNG CROOKED (I still like calling him Crooked I). Everyone I talked to tonight asked if I listened to the project (LTBL), and I embarrassingly had to say no. All I can say is, I am going to ASAP. The whole time Daylyt was on stage, I just fell in love with him more and more.

.@CrookedIntriago in the building 🙌🏽 pic.twitter.com/abxoTMk3j9

Finally, Crook. He’s one of the illest MCs to ever take the mic. If you know Hip Hop, you know this is true. He blessed Los Globos tonight.

He stays with the late ass sets, but it’s so worth it to stay. It was like 1:15am at this point. Once he started freestyling, it was all worth it. Seriously.

Leaving you with this. This was unreal. Daylyt literally said he was sober all the way up to this point, in which he proceeds to chug a bottle of Henny. There’s no way. The best part was his manager Jose running on stage to stop him lmao. I thought that was so cute.

And shout out to the homie Alecx with Chinky Eyed LA. He’s the best. 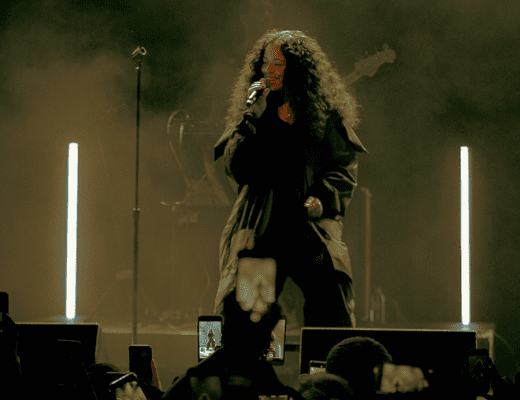 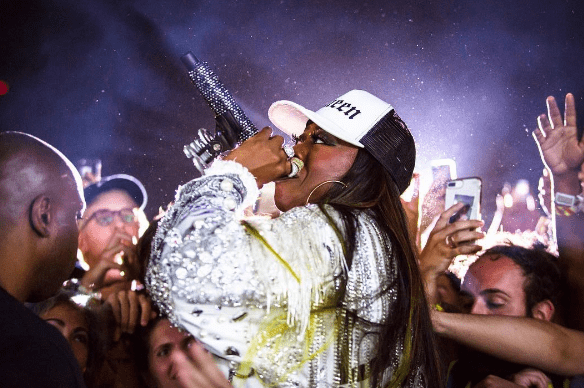 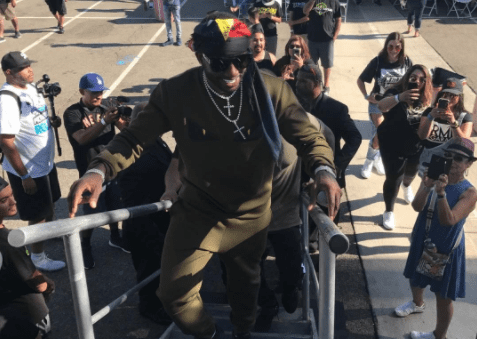