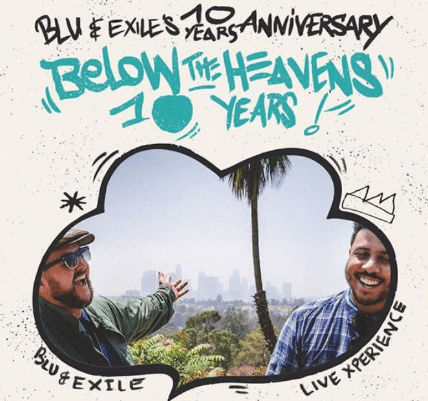 I honestly think I’m crazy sometimes. After working 9am-7pm, I covered 3 shows tonight. There are no words for this feeling right now other than “just fucking do it.” I was going to say #fortheculture, but that’s getting played out.

First on the list: Tinashe and BJ The Chicago Kid at The Belasco Theater in downtown LA. This wasn’t your average show. This was an exclusive free show called #FordFrontRow, which is a collab between Billboard and Ford. AND it’s free. All you had to do is RSVP. A concert series to give fans exclusive content and a chance to win a brand new Ford vehicle? Here for it.

Huge thanks to Samara for the invite. I knew I’d be pressed for time, but Tinashe is bae. Unfortunately, I wasn’t able to stay for her set. But I did catch BJ The Chicago Kid. If y’ll don’t know him, please give him a listen. He’s R&B heaven. In fact, listen to “Church.” Belasco’s huge, so definitely good choice on the venue choice. It was also 21 and up. Interesting.

I thoroughly enjoyed this cover of Childish Gambino’s “Redbone.” His voice is one-of-a-kind. He had great energy on stage too, throwing it back to some Tupac for the West Coast one time. He performed “Roses” and “Turnin’ Me Up” next.

This Ford car was literally smack dab in the middle of the floor in front of the stage. It was actually dope. Minus the fact that I was late, so I was scurrying my way to the front and completely ran into the ropes that were surrounding the whip. I embarrassingly walked through lmao. Excellent placement though. Tinashe was coming on after 9pm, which is when I was supposed to pull up at The NOVO. Tear.

Tonight was the night I was finally going to be able to speak with Sevyn Streeter. I’ve been trying to track her down ever since her show at The Roxy. I’ve actually met her a bunch of times, but she has so many fans, she prob didn’t remember lmao. She was added to open for Jeremih SUPER last minute. Huge thanks to Yesennia at Goldenvoice for having me.

i love publicists who are responsive and make sure you're taken care of. truly. thank you.

Brittany, this goes out to you mama. I can’t even tell you how sweet she was in all this. From connecting with management to get the interview approved, to connecting me with Sevyn’s tour manager, to making sure I was on the list, and even saying she’d be up if I need to ring her in case of any trouble. And Lord knows, there’s always trouble. Just a huge moment of gratitude for people in the music industry who get it. People who fuck with your vision.

Had access to the photo pit for the first 3 songs. “Prolly,” her song with Gucci, had me hyped. So, Sevyn (who recently dropped the Streeter) is an amazingly talented singer/songwriter. You’ve probably heard her hit singles with Chris Brown: “It Won’t Stop” or “Don’t Kill The Fun.” She recently dropped her debut album Girl Disrupted, which is why I wanted to speak with her so bad. She opened up and revealed her struggle with depression, a topic I am very passionate about.

my love for you 🙏🏽 @sevyn pic.twitter.com/8OjZJxbZhU

“My Love For You” was fire. Her choreography is always on point. Always in sync with her backup dancers. Don’t even get me started on her outfit. I would consider her R&B for sure, but she has a very pop fan base. At least to me. She blessed us with “It Won’t Stop,” her latest single “Anything U Want,” and “Soon As I Get Home.”

We were going to do the interview after the set. Huge thanks to Tim for linking me with Sevyn, he was so sweet. After she chatted with Jeremih downstairs, we head upstairs where she had an entire room to herself. With the name tag and everything. The life of an artist. We walk in to find her backup dancers chowing down on pasta and salad… THAT PART. They deserved every bite of that food.

I honestly enjoyed speaking with her so much. We had fun. So crazy- she said Jeremih literally called her the night prior when she was back home in Florida. She flew out the next day. That’s what you call a friendship.

We come back out on the floor right as Jeremih is playing by favorite R&B song of all-time (well one of them). “Planez” with J. Cole is my wedding song lmao.

I’ve seen Jeremih literally 10x lmao. It’s not like he puts on the best shows in the world, but I’m a genuine fan of his music. Late Nights had me shook (totally forgot I wrote that album review for DX lmao). “Pass Dat” and “Impatient” <3.

I’ve been saying this for years: everything Jeremih touches is gold. Same with Ty$. But seriously. It kills me he’s not a superstar because he totally deserves to be. He just needs to get his team to fuck with the vision.

He’s definitely one of those artists where every single record he plays at his shows is a hit. Dreezy and Sevyn came back out for “Don’t Tell ‘Em.” I saw Dreezy outside the venue before the show with a plate of Popeyes. I love her lmao. She’s the realist.

Man. The real definition of FOMO lmao. I honestly was not going to miss this. Blu & Exile’s 10 year anniversary of their album Below The Heavens. The most timeless Hip Hop project to date. I swear. Every single track on there hits the soul in the exact way Hip Hop should. I was literally so excited.

Huge thanks to Andrew for allowing me to cover. It was super last minute but he was so sweet to respond. He made a good point that all 3 shows were in a mile radius of each other. Shout out to living downtown. Upon walking inside The Regent, I was in complete shock. This was the most packed I’ve ever seen this venue. Any venue. Literally, packed until the door in the back. Upstairs- packed. Backstage- packed. It was INSANE. You could literally feel the body heat (and sweat) from the person next to you. I carefully squeezed my way to the front.

Blu took the stage (my girl thinks he’s fine and after tn, I do too) with a full band behind him. Exile was right to the right of Blu on stage. They literally performed the project all the way through. “The Narrow Path.” Man. Every single song live? I think the entire room was dying. 10 years later, this was seriously too good to be true.

“Blu Collar Worker,” “Dancing In The Rain,” “First Things First,” in which Blu brought a Miguel look-a-like on stage. He said so himself. But now I’m like, wait. Was that Miguel? Lmao. So confused.

Smh. I was seriously recording every song out of excitement. I couldn’t help it guys. Each song was too fucking good. “Greater Love” gave me straight chills. Every single person in the room tonight knew the project. It was magical. This is Hip Hop.

Exile is legendary. One of the best Hip Hop producers hands down. I don’t even know what device he’s using. Blu not being on IG killed me a bit lmao. I just like tagging the artists okay.

“Cold Hearted” was the cherry on top. I’ll prob watch this video late at night when I can’t sleep. I loved how much Blu clowned on stage too. He kept saying “Fuck you Exile!” It was great. 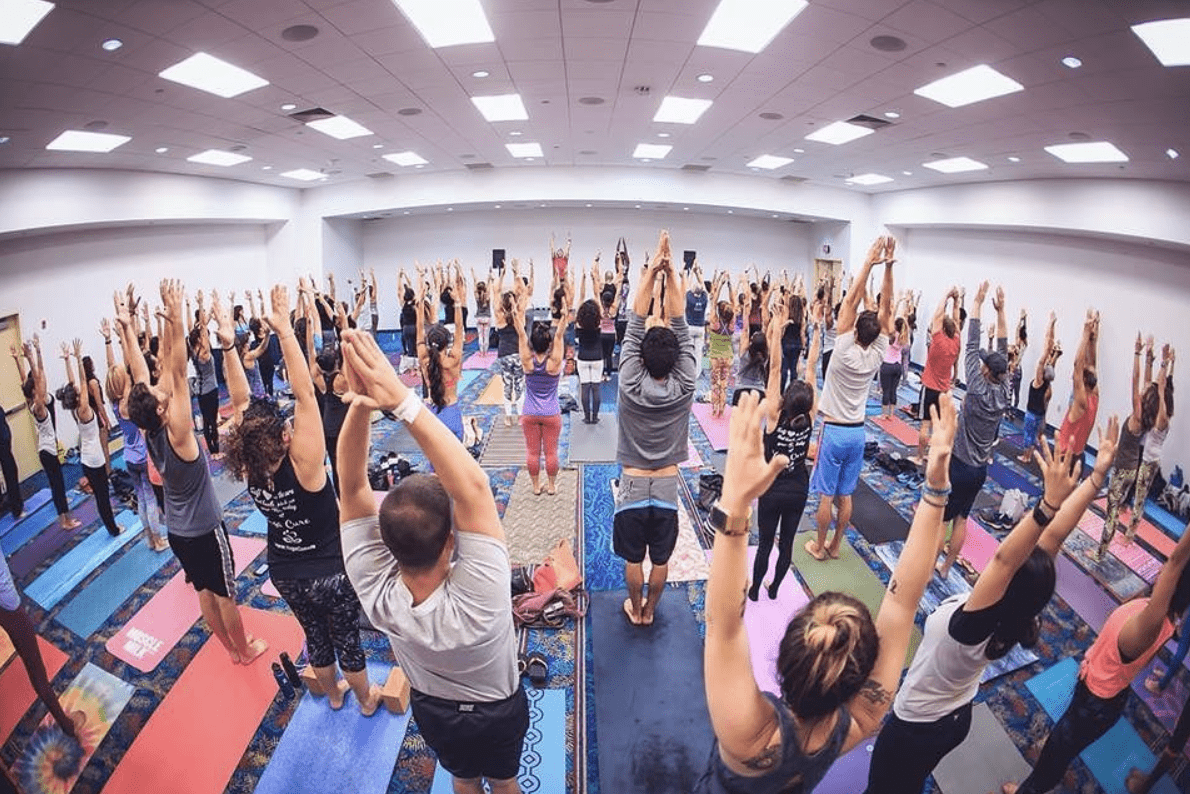 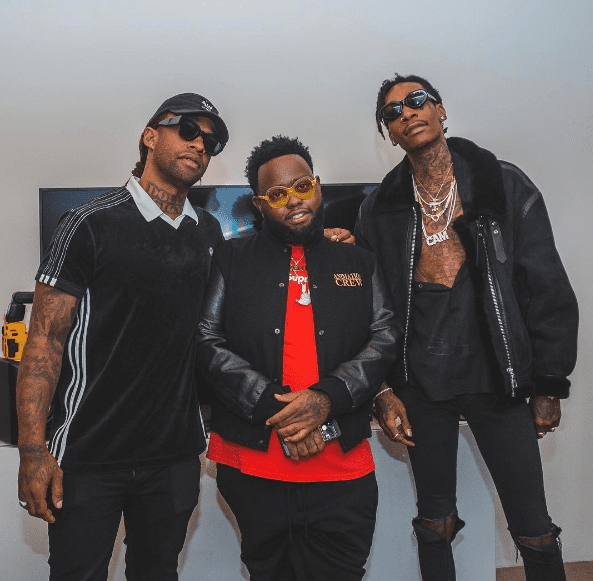