Happy Saturday! Today was filled with one lituation after another. After finishing my (long) to-do list for the day, I pull up to The Resident in DTLA for Keith Powers’ pre-birthday celebration. I kid you not, I’ve never seen this venue so fucking lit. Besides it being a full-blown turn up, it was packed from one end to the other. Of course, being a sucker for venues and people, this made me happy.

First off, huge thanks to my babygirl Sandrine for telling me about this function. Keith Powers was the man of the hour, but her homeboy Dev gets all the credit. He made this event happen. It was honestly the place to be. You did have to RSVP, but they were so lenient at the door. I loved that. And it was free. Everyone was just down to party and have a good time. The invite said: “Come enjoy 90’s – 2000’s R&B & Hip-Hop, surprise performances and much much more.” Sold.

I walk up to the venue and hear “Slob On My Knob,” and knew I was home lmao. I saw Keith when I walked in, but didn’t actually meet him until we were inside. He was honestly such a sweetheart. So fucking nice. I asked how old he was turning and he said 25 and I was like nooooo. Baby lmao. I asked to take a pic of him for DX Gram and he was all shy lmao. He said he didn’t want to solo.

But then I made him. He’s fine as hell. If you guys don’t know and are too lazy to Google, he’s an actor slash model. he played Ronnie DeVoe in BET’s The New Edition Story and Tyree in Straight Outta Compton (Wiki coming in strong). He legit had all the baddies out today. I ran into all my good peoples, including a kid I went to elementary school with. His world is brazy.

i die a little every time the DJ plays "no hoe" by d-lo.

Also can’t get over the female DJ’s holding it down the entire day. “No Hoe” by D-Lo had me giggin’ like I was home in the Bay. Speaking of, shout out to P-Lo in attendance. Random yet epic. At one point, everyone dipped to Urth Cafe 10 feet away. That place is dank, and they prob loved all the drunk bitches rolling through hungry af lmao.

There's so much pressure on women's appearance, at least there's more pressure on men now. #LLTCTour 🎥@yoleszlei for @fearandfancy pic.twitter.com/AM5RLHYbvE

Next on the list: Jidenna headlining The Roxy on his Long Live The Chief Tour. I brought my girl Ari, who think he’s fine as hell. I was so taken aback lmao. I never saw him in that way. But then I realized all my homegirls think so too. I did see him perform at El Rey, and he put on one hell of a show. Until I got my car towed lmao. Forever unable to separate that depressing moment from Jidenna.

After the struggles of finding parking on Sunset, we walk inside to find The Roxy at capacity. You could feel the sweat and body heat from how many people were in that room tonight. And it was LIT. Jidenna was on stage doing his thing in the most classy suit. He’s just so put together, all the time.  “Trampoline” had everyone dancing and singing along. Not only is this man so musically talented, but he has SO much energy. If there was an award for best stage presence, he’s a for sure candidate.

Next, he told everyone his pants ripped right before he got on stage. Hilarious. And so real lmao. He did his usual hilarious skit where he mocks his father in the thickest African accent. The crowd was so engaged and with it. This tour is in light of his most recent album The Chief, home to “Long Live The Chief.” That record is such a statement. In this crazy world we live in, we need more artists to speak their voice like this.

that moment @Jidenna brings out @JanelleMonae for a split second… come back bae 😭😭😭 pic.twitter.com/aBiH9PAdGA

This was the biggest fucking tease man lmao. Janelle Monae pops out for a split second. I swear. She’s the definition of bae. We were waiting for her to come back out the entire night but no juice. It’s crazy cute how much they support each other though. Like, so cute. He performed “Bambi” next, which consisted of a whole squad of back up singers. His entire performance was just so animated and entertaining. Everything was so planned and rehearsed, down to the girl who ran on stage to grab his jacket the instant he took it off. Salute.

His DJ, his keyboard player… every single person on stage showed out. It made us smile how lit they were. He performed “Helicopters/Beware” before heading to the back for a quick outfit change. Then the moment everyone was waiting for: “Classic Man.” I remember when this shit firs came out… man. Lmao. Fire.

Also couldn’t get over the screaming ladies. There was a point where he held red roses with his teeth and literally stuck his head out so the fans could grab them. Jidenna is such a character. He performed “Some Kind Of Way” before the encore: a human train running through the entire crowd. “The Let Out” was the perfect anthem. Huge thanks to Rachel for allowing me to cover!

Last but not least: Leon Thomas at The Peppermint Club.  I was stoked this was only 6 minutes away from The Roxy. Huge thanks to Will for having me. I would definitely align Peppermint Club along with your average Hollywood club, only way more exclusive and bougie (in a good way). He also let me know Leon wasn’t on until 12:30 or 1am, so it worked out perfectly.

My phone is going crazy right now. I forgot how it feels to throw a good party. 🎊

I love when artists play here because it’s always an intimate showcase consisting of roughly 3-5 songs. If you post in the front like I always do, it feels like a private show, just for you. I walk inside and immediately see A.Chal. I told him I loved that Amir Obe brought him out at his show last week and he told me that was so unplanned. On some homie shit. I loved that lmao.

You may recognize Leon from the Nickelodeon show Victorious, which my girl watched and of course, I’ve never heard of. But tonight, he was strictly music. I love when people play guitar. That’s one instrument I always really wanted to learn how to play, but every time I tried, it was so hard lmao.

I believe Leon used to be signed to Rostrum Records. He performed “Take Care” before blessing us with his new single “Favor.” I mobbed to the back to say hi to a homie and look up to see Buddy on stage. WIth the do-rag and all. Buddy is comedy.

We turned tf up after. Shout out to the DJ dropping all the slaps, again. 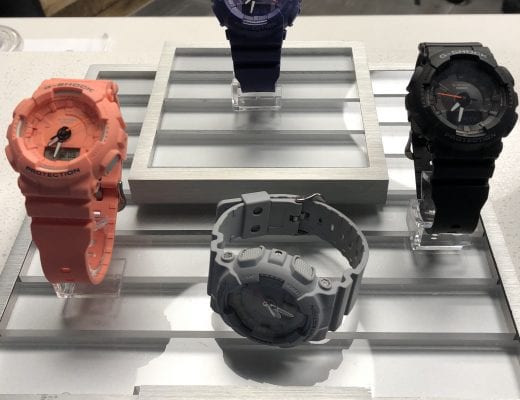