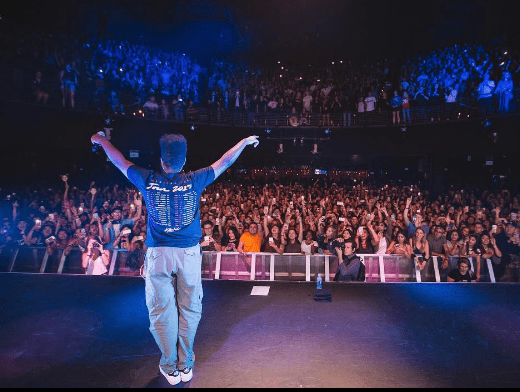 Happy Friday. This week was rough, but shout out to the good people that do nothing but uplift me. After work, I head straight to the Hollywood Hills for a vibe I still can’t get over. Shout out to one of my favorite babes, Laura, for inviting me. I needed to be blessed by her presence. The event was a listening party for Queen Roe, or LoLa Monroe. The best way I can describe her: an Ethiopian princess. Seriously, I was so taken aback by her beauty.

going to events at houses like these is pure motivation. 💸💸💸 pic.twitter.com/JfIYEtS6Yk

She’s also King Los’ girl. Talk about power couple. He’s one the most slept-on rappers out here. The event was held at the John Sowden House, which was glorious from the outside just as much as the inside. I was honestly blown away, and had a nice chat with the owner inside. I had to know more. It’s also called the “Jaws House” or “Franklin House.” I wish I took pictures of the interior design, because it was one-of-a-kind. It made us feel like we were inside the Indiana Jones ride at Disneyland. The only thing I love more than venues and event spaces are houses and mansions lmao.

All Hail The Queen being the title of EP is too fitting. Unfortunately, I didn’t get to stay for her performance, but I definitely caught the vibe. There were fire pits to keep warm, fancy drinks to stay hydrated (not just water, but mint water), and even fancier hors d’oeuvre. Can’t forget the nude (but body-painted) Ethiopian models placed throughout. We were actually being filmed for an E show that was coming out, which meant filling out waivers and forms before entering. I didn’t mind. Minus being extremely underdressed in a hoodie lmao but hey.

I mob over to The NOVO for the show everyone was waiting for: Khalid on his American Teen Tour. Honestly, I’ve seen this kid perform so many times, but tonight was different. Tonight was special. Tonight, Khalid showed out on that stage. I was so touched by his entire stage presence and how much he gave to his fans tonight. Every single song was performed as if it was his last.

.@thegreatkhalid performing "8TEEN" at his sold out show in LA ✨ pic.twitter.com/CXeJfgRG6A

Huge thanks to Michelle and Jamie for allowing me to cover. I knew I couldn’t miss this one. I’ve watched Khalid blow up and glo up from the beginning. It’s insane. This was a full-blown tour. It looked like a damn sitcom up there. Back up dancers and everything. Aside from all that, I still think the fans made the entire night. Just looking up into the sold out venue, all the way on the balcony, it was unforgettable. His set time was 9pm and I made it just in the knick of time to get a shot in the pit. “8TEEN” is such a vibe.

Shout out to my babygirl Sara for being my date. We finessed into the area right behind the pit, which turned out to be the best view in the house. Next, he played the first song he ever wrote: “Saved.” I love this song so much. Every song really. His voice is just incredible. None of that turn up garbage. Just real, genuine talent into that mic. I remember I interviewed Zedd, one of the most lit EDM DJs, and even he wanted to work with him. Then, he played an acoustic version of “Therapy” on a stool. Acoustic is life.

“Reasons,” “Shot Down,” “Coaster,” and then Khalid’s favorite on the album: “Angels.” I love when artists are able to identify their favorite records. Because it makes me gravitate to that record even more. Then he played “Winter” which has him shouting out El Paso, Texas, where he grew up. PS, he’s only 19. So young and already a superstar.

.@thegreatkhalid had the crowd in LA singing every word to "location" 📍 pic.twitter.com/kYQ3w3gSAY

Next was his record with Marshmello called “Silence,” which turned The NOVO into a damn party. But “Location” was the record everyone was waiting for. This is his breakout single, which changed his life. Fans knew every. damn. word. As did we. He let the crowd know he only had 2 songs left after this. Sad moment.

“Rollin” with Calvin Harris and Future is the 2017 summer anthem. No doubt about it.

“Young, Dumb & Broke” literally defines my life lmao. This was a celebration. The confetti blowing into the air was magical. 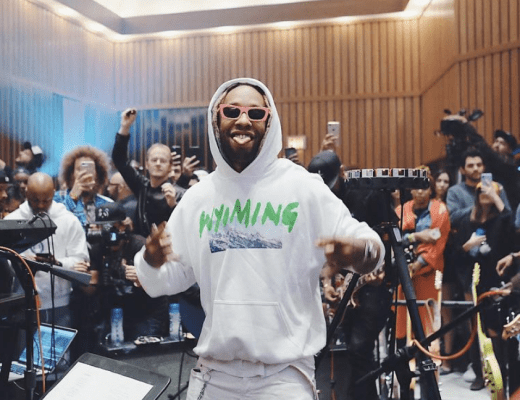