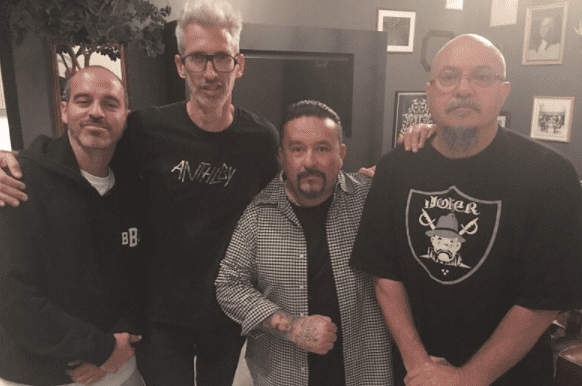 Happy Wednesday. Tonight was the perfect example of why I have my fomoblog.com lmao. Literally, #FOMO. Just one day prior, I was invited to this live taping of Stretch and Bobbito‘s NPR podcast taping at Playa Studios in Culver City. Getting off at 7pm in Burbank meant over an hour drive to the Westside. But guess what? It’s fucking Stretch and Bobbito. If you like Hip Hop and you grew up on the East Coast, you knew these two guys. Radio legends.

Stretch and Bobbito just re-launched their NPR podcast this summer, and are now in the midst of their 3-stop tour to record episodes in front of live studio audiences. LA was their last stop. Tonight, Stretch and Bob would be speaking with world-renowned tattoo artist, Mister Cartoon. I’ve literally been seeing this dude everywhere recently. His last collab with the Nike Cortez launch was a serious win. He’s an LA staple, for sure. They literally could not have picked a better guest.

forever racing @googlemaps to see how much i can cut down my ETA.

Huge thanks to Isabel for the invite. She knows me too well. I literally canceled my plans for this lmao. I just really felt it was such a rare opportunity. Stretch and Bobbito helped break some of the greatest Hip Hop artists to this day. We’re talking Biggie, JAY-Z, Busta Rhymes, Eminem, Mobb Deep (to name a few). This was back when radio was poppin’ lmao. Not sure where it stands now. The event said 7:30pm, and I was informed since it was a live taping, the doors would shut at 8pm. Fortunately, my reckless efforts behind the wheel got me here in 20 minutes less than Google’s ETA. Not proud. This is just the reality of someone who suffers from major anxiety.

Hello, Playa Studios in Culver. I miss this side of town. Def used to live over here. This space proved to be SO fucking cute. The decorations, the fliers, the stickers, the posters, complimentary drinks, the setup of the chairs, the stage…. seriously. The main room was so cute. The event cost $30 if you wanted to attend, which I thought was dope. Fans could come support. I was just so honored and blessed to be part of it.

“NPR’s What’s Good with Stretch & Bobbito is your source for untold stories and uncovered truths.” Every week, the interview-format podcast features cultural influencers and addresses a wide range of topics, all relating back to the love of Hip Hop. Stretch and Bobbito’s combined synergy and humor just poured over into the crowd. Shout out to Red Bull Radio for putting this all together. The entire evening was truly special.

I took a bunch of notes but I don’t want to give anything away because you guys definitely need to peep this when it’s published. I fuck with Mister Cartoon so hard. Tattoo artist, graffiti artist, car enthusiast – whatever you want to call him, he’s so dope. Super humble too. So chill and down-to-earth. If you check his credits, you’d be in awe.

This was the highlight of the evening for sure. Stretch legit asked, “Who’s the biggest bitch you had to tattoo?” He then had to clarify he meant who was the hardest Cartoon had to tattoo, in terms of enduring the pain. For some reason, I don’t think the maturity level of the audience appreciated how he worded it lmao. But when he blurted out Kanye… we all died. That shit was hilarious lmao. Called Ye right out.

Shout out to my babygirl Ophi for being my date! I honestly could not have had a better PIC tonight. Radio is her world and she totally fucks with Stretch and Bobbito like I do. Plus she grew up in LA. Mister Cartoon is damn near a legend. We had a blast snagging free stickers that were lying around and I even copped a poster for my homegirl back home. She is the one who put me on Stretch and Bobbito and their amazing documentary on Netflix. I fell in love after that. 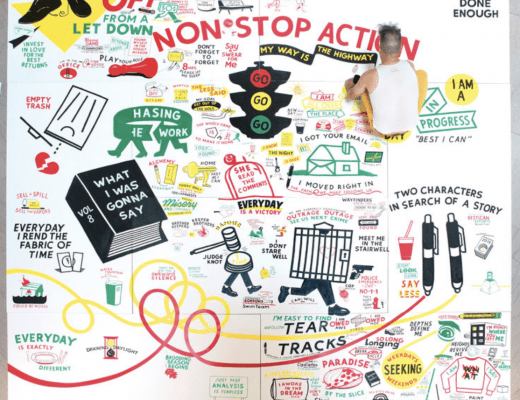