Tonight was the long, long, long-awaited Chance The Rapper show in LA that people bought tickets for back in April. Straight up. I had people texting me, in April, “hey are you going to Chance in October at The Hollywood Bowl?” Bruh. I probably responded with something sassy like  I’m just trynta get through today.” It was the only way to dodge the question without being rude.

Truth be told, I’ve seen homeboy 20, maybe even 30+ times (who’s really keeping count?). Festivals, concerts, radio shows, more festivals… trust me. They add up. And not to discredit Chance WHATSOEVER. Because he is AMAZING live. And I can honestly admit that. He’s truly a great performer and has the absolute most loving, heartwarming energy every single time. Tbh, I’m just happy for all the people who got to experience him tonight. Whether it’s for their first time, or tenth time, we were all blessed.

roll call. who's going to see @chancetherapper at @HollywoodBowl on tuesday?? 🙋🏻

And so we’re here. The Be Encouraged Tour is finally hitting LA. I dedicate the entire evening to my babygirl Alex, who gifted me her ticket becuase she was OOT (out of town). Seriously. She is the fucking best and such a fucking sweetheart. I would not accept it for the longest time and even offered to sell it, but for some reason, no one was buying. Which was surprising, Especially since tickets sold out within minutes. If I remember correctly, they added the second night after the first one sold out so quickly.

That honestly just proves how big of an artist Chance is. This venue shits on The Greek Theater. Last time I was here, I saw Kygo and it was the most fucking magical experience. Tonight, I knew it would be all worth it, once I got inside. BUT, the trek to the actual Bowl is something I wouldn’t wish upon my worst enemy. I legit was in the car from 7:40pm to 9:20pm. This was not even funny. I had a fucking long day. I legit thought about just going home like 5x. Shout out to the homegirl Tash for driving becuase she kept me sane.

Tonight, I got to reunite with my fucking favorite beezy from the Bay (and UCLA), Manasi. Her and Justine low key (high key) made my night. After physically running to the venue from the parking lot (I thought I was late but nah, my homeboy was just an idiot and thought Chance went on), I frantically search for my seat. Apparently, my section was 3 escalators up, as directed by the staff. I’m good lmao. I finesse my way into their section, which were in the lower levels. Along the way, I completely spill someone’s beer, which went all over my shoe. So that was the beautiful beginning of the 47-minute turn up to DJ Oreo. Real talk, The Hollywood Bowl was a party tonight above all else. Everybody was so fucking turnt. It was a fucking great time.

.@chancetherapper opening his sold out show in LA with "mixtape" 🔥🔥 pic.twitter.com/SR71w1pwia

Also, I completely missed Francis and the Lights, which made me sad. For some reason, I couldn’t find the openers anywhere all day. None of us could (I def see it on the flier now). When Chance actually took the stage at 9:47pm, everyone was cheering and applauding. Half excitement, half relief. I will say the timing worked out because honestly, anybody trying to mob to the venue the same time I did was fucked. Even Waze couldn’t help you. It just baffled me because this venue is historic and you would think by now, they would have found a solution. But no. “Mixtape” was the most fire opening song I swear. Banger.

.@chancetherapper had me feeling like i was at gospel church tn. it was beautiful af.

“Blessings was next.” Holy crap. Tonight was the church service I’ve been trying to get to for 2+ months now. NO joke, Chance brought the gospel choir to the stage. It was everything. Coloring Book was more or less a gospel album. I admire Chance for bringing Christianity to Hip Hop. It’s not in a forceful, aggresive way, but rather, he’s just letting the people know God exists and that he fucks with Him. Inspiring because look where Chance’s faith landed him. I would honestly consider him superstar status.

“Angels” featuring Saba was next. Shout out to Manasi and her coveted iPhone 8. That camera and recording quality was unmatched lmao. She got the most fire Snaps as I spent all night trying to focus on the big screen. Not even the stage. The big screen that showed the stage lmao. So lame. “Juke Jam” with Biebs was such a vibe. Tonight was just a reminder of how much I really so fuck with Chance. He really doesn’t put out a bad record. The Kanye features were next: “Father Stretch My Hands Pt. 1” and “Ultralight Beam.” Idk why everyone thought Ye was going to come out. I knew that wasn’t happening.

Chance was hilarious. He had his signature merch on: the khaki 3 cap. He was also sweating, which lead to an outfit change midway through. He was running around nonstop on stage, giving fans every dollar’s worth. That has to be one of the most admirable qualities about him. He made LA feel real special, and said he came all the way out here for us. From the El Rey that holds 250 people to 22 million. It took everyone a second to realize he was just trolling lmao. The Bowl does hold 17,500 people though.

.@chancetherapper performing @djkhaled's "i'm the one" last night at his sold out show in LA ✨ pic.twitter.com/eKmMJdKlF2

Chance showed much love to his entire band on stage, including Donnie Trumpet, aka Nico Segal, of The Social Experiment. Who remembers their Surf album? Fire. They performed a fucking memorable “Sunday Candy” together. This chick’s vocals make the song. Again, choir coming in strong. Of course, can’t forget about DJ Khaled’s “I’m The One.” Gotta throw that in the mix.

I’m a day one Chance fan. Acid Rap determined if you were a Hip Hop head way back when lmao. I loved every song, still do. “Lost” was fucking perfect, and “Cocoa Butter Kisses” was even better. Next, he asked if he could play some new music. We mobbed to the restrooms at this point but I think he was playing his new record with Daniel Caesar. Really hope so, becuase that shit is fire.

My girl just texted me saying her friend said he felt like he got baptized last night. I’m dead. 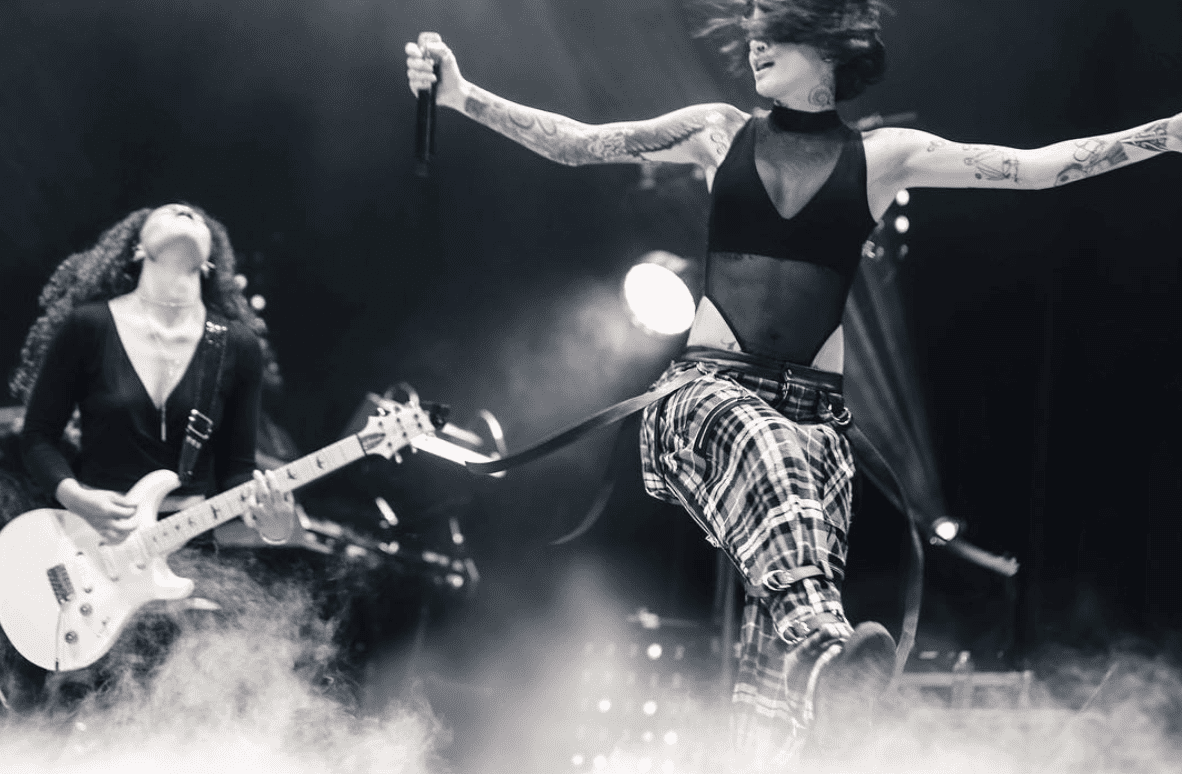