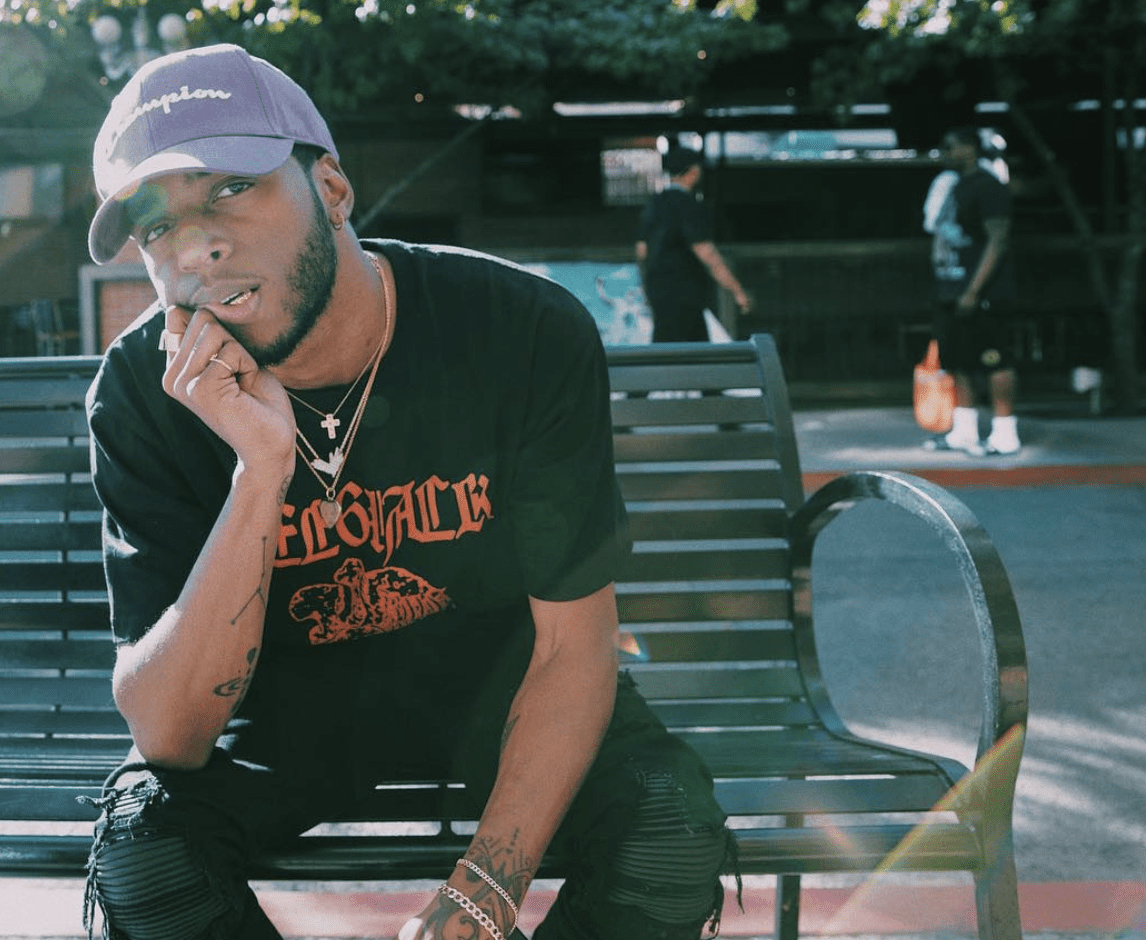 If you’re a fan of R&B, you’re a fan of 6lack. This kid lets the music speak for itself. And you can’t say that about a lot of people. They’re a rare breed. Introducing the #FREE6LACK TOUR featuring my FAVS: Sy Ari Da Kid and Sabrina Claudio. Last time I saw 6lack was when he headlined The Roxy and ended up bringing out The Weeknd. That shit was one for the books. I knew he was going have special guests lined up tonight. I knew it. It’s almost expected in LA. Not that he needed them, he’s so lit by himself.

whoever is going to @6LACK tn & has that loud 💨💨 halla at your girl lmao.

Mood af all day at work lmao. Forever forgetting my bud at home. Tonight was the LA stop of his tour, which was bound to be brazy. The Fonda Theatre was the perfect venue for this. First off, can we talk about how fire his debut album Free 6lack is? I was able to bring my homeboy who’s actually good friends with 6lack, and he told me how he was riding with him when he was sleeping on couches and shit.

First up: Sy Ari Da Kid. Love him to death. I have to see him every time he comes to LA. At least a hug, which I unfortunately did not get tonight (my phone died, still sad). That’s all I wanted lmao. He’s signed to Birdman’s Cash Money Records and his hit single “Priorities” with Bryson Tiller hits the spot every single time I hear it. I could NOT miss his set, which was supposed to be at 8pm. It was pushed back an entire hour. I’d never gotten to a venue so early in my life lmao. I was there for almost 4 hours tonight. And I enjoyed every second.

WAIT FOR ME. @SyAriDaKid opening for @6LACK in LA pic.twitter.com/ZvmFumzoE2

Sy Ari graces the stage in the cleanest white fit, with an even cleaner denim jacket. He’s always fly from head to toe. His energy was on from the second he touched down on stage. “TLC” started things off right. It was automatically a vibe. Honestly, Sy is so slept on. Every time I put him on, it’s a reminder of that. His next song “Wait For Me” was matched with his amazing stage presence. I realized I’d never seen him actually perform, and I was super impressed. The crowd was so here for him also. That made so happy.

The song we were all waiting for: “Priorities” featuring Bryson Tiller. The crowd definitely knew this one. Next, he told us about his short film The Hopeless Journey before getting into “Ex Fiance.” Definitely one of my favorites from him. “Vices” closed his set right. He did so good. So proud. Huge thanks to him and Kiki for taking care of me always. That’s fam.

Next up was bae #2, Sabrina Claudio. I went to her first solo show in LA at The Echo that was beyond sold out. You literally could not move inside that venue because there were so many people. Tonight, she graced the stage looking grown as ever. She wore this extremely racy jumpsuit that undoubtedly had the boys looking. She just turned 21 too, which could get dangerous. I hope she stays sane. I remember meeting her at Daniel Caesar’s listening party and she was just so chill. I think that’s what fans love about her too, that she’s so genuine and doesn’t try to be anybody else. She performed “Tell Me” which had me singing along word for word. The chorus is flames.

Next was “Runnin’ Thru Lovers,” “Confidently Lost,” “Orion’s Belt,” which all come from her Confidently Lost EP. So happy she played all the songs I knew lmao. And se always has the most fire band with her on stage. Salute to live instruments. Switching gears, she then performed records off her debut album About Time: “Frozen,” “Unravel Me,” and “Belong To You.” God bless you, Sabrina.

Shout out to my girl Tamara who feels the same way about Sabrina as I do. I forever credit my girl Nechelle for putting me on her. Cherish your friends with good music taste. <3

.@6LACK opening his sold out show in LA with “never know” 🙌🏾 pic.twitter.com/6JNrKfqME2

6lack coming on stage was monumental. Fans went crazy. This is who they came to see. Paid to see. I loved how many 6lack shirts I saw tonight. The black and white tee that has his name printed over and over down the front. If you’re a 6lack fan, you know which one I’m talking about. “Never Know” was the absolute most perfect. This was followed by a quick reminder that his name is pronounced “black,” not “6-lack.” Lmao. Honestly if you’ve never heard of him, it’s only natural for you to think the latter. Next, he performed “That Far.” His set was only an hour long, so I knew every single song was going to be fire. And it was.

“Free” is a fucking banger. I must have thought after each song he began each song lmao. Forever a fan.

“Luving U” had me wishing I had a boo. 6lack has his own sound in R&B. His own lane, kind of like Bryson did with TRAPSOUL. This was followed by 6lack hitting the joint and giving a little spiel. I really enjoyed his talking and how much he interacted with his fams. He said his music that touches on both parts of love: the good and the bad. That had the crowd applauding. Shout out to his band on stage too. My girl was crushing on the guitarist who later got on the keyboards. Fire. “Worst Luck,” “MTFU” and “First Fuck” were next. We wanted Jhene to come out so bad. That would have been game over.

.@6LACK brought out @dreezydreezy for “spar” 🔥🔥 such a banger. pic.twitter.com/aYaP77Z0es

This was one of those shows where I literally wanted to record each song because each song was post-worthy. SMH. To the point that my phone died. Which never happens. “Ex-Calling” was next, followed by “Rules.” Both fucking fire. This next part I was waiting for. 6lack started performing “Spar” featuring Dreezy and Kodak Black. I called Dreezy was going to come out lmao. She is bae #3. I’ll always remember interviewing her and then finding out she lives in my apartment building (not sure if she still does). She can really rap though. Just watch the clip.

The guests didn’t stop there. D.R.A.M.! Not Big Baby DRAM, but D.R.A.M. The acronym which stands for “Does Real Ass Music” lmao. He came out looking like the happiest motherfucker to grace the earth. I swear, that smile is fucking priceless. He was dancing around with his shirt all open. It was too cute. “Broccoli” was too lit. We weren’t ready.

The perfect segway to 2 of the most lit artists in the rap game. Period. Rae Sremmurd, we love you. A lot. “Black Beatles” was a movement. Swae Lee and Slim Jimmi were so lit, one of the speakers blew out lmao. Luckily, they fixed it in time for when 6lack came back out for “Alone.” The crowd was so here for it. Next, 6lack let everyone know exactly where he’s from with “EA6.” Atlanta is his home. PS, shout out to his DJ who was the best hype man ever. I wanna be his friend.

6lack took the time to let everybody know he just got back from Australia, which consisted of one too many afterparties. He hadn’t had any alcohol for 6 weeks. Salute. He also said every show he performs feels like his first show. That was so cute. AND THEN, Sabrina Claudio comes back out for “Belong To You” remix with 6lack. This was so beautiful. They had so much chemistry on stage together. It just felt right.

“Gettin’ Old,” a fake encore, and “PRBLMS” ended the show on the highest note ever. Seriously. I exit the Fonda to find security pinning down a male to the floor. It looked like he was a straight criminal. Another day in Hollywood. 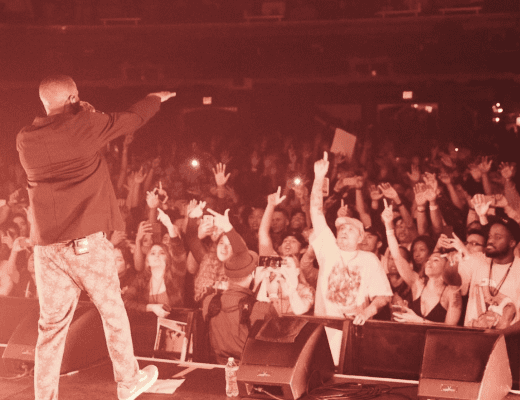