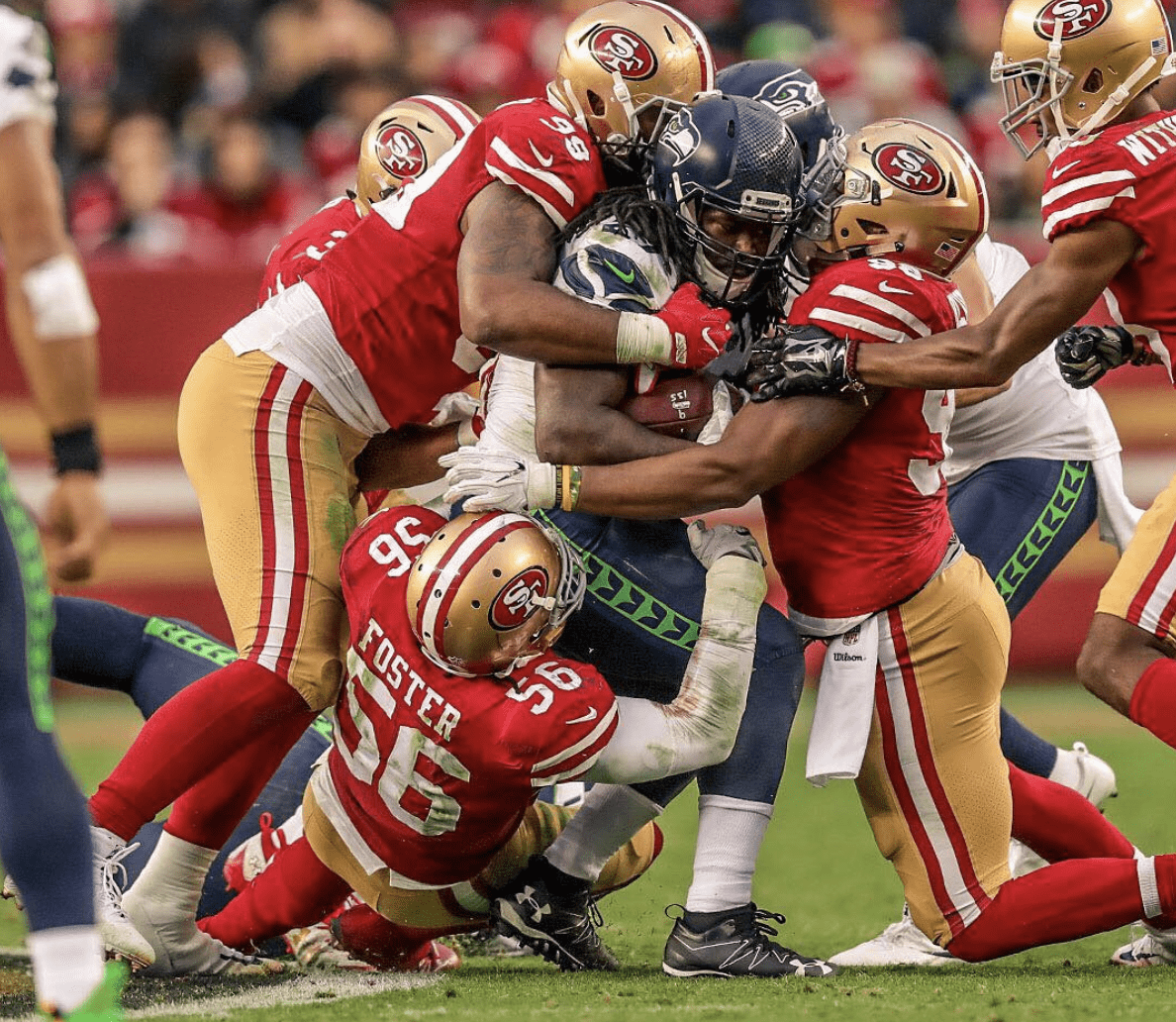 Omg. It’s Sunday. I thought it was Saturday lmao straight up. Losing my mind. Today I had no set plans, which ended up working in my favor. I usually schedule so many things at once and made it a point to try to relax while I’m home in the Bay. At around 2pm, I get a call from DJ Amen and find out he had extra Niners tickets. First of all, I haven’t been to Levi’s Stadium since it was built. Second of all, I love sports. Third of all, I love Bay Area sports. Was eating lunch and had to abort mission real quick. He was actually leaving the game but it was only halftime. I live in Sunnyvale which is only about 20 minutes from Santa Clara. No brainer. Had to push.

Mood af driving over there lmao. You guys. My mom’s minivan is so fucking old lmao. Anyone who knows me knows this ugly brown POS. I used to drive it around all over the South Bay and mob deep. Lots of drunken nights and good memories. But it RANDOMLY started raining today out of nowhere. It was legit 75-degree sunny weather just yesterday. And I couldn’t figure out how to turn on the windshield wipers and I couldn’t see shit on the road. The struggle got worse actually pulling up to the glorious stadium, which is right by Great America. I used to have a season pass lmao. But I could not find my way in. They legit blocked off every single road possible. I hate coming to unfamiliar territory. I hate not knowing my way around lmao. I’m definitely the type to just pull up and dip.

Finally sneak my way into the lot past the parking attendants lmao. They definitely were like “WAIT” but I definitely kept going. I had to have been in VIP cause I pulled up all the way up to the very first row, right near the exit/entrance. Speaking of, there were SO many people leaving. You would have thought the game ended. I had no idea the Niners sucked as bad as they do lmao. They’ve only won 1 game this season. Today, they were playing the Seattle Seahawks, their West Coast rival. I kind of have a soft spot for them because my brothers and I were visiting Seattle when they advanced to the Super Bowl two (or three?) years ago. That shit was so lit. The streets were rioting with happiness. The city was on fire and we were there to witness it.

Finally make it inside and was waiting for my bestie to make his way over. Poor guy had to speedwalk over a mile because the Uber dropped him off so far away. I was so fucking happy to see him. This was the perfect place to catch up lmao. Sports games make me so happy and even more, the Bay Area makes me happy. Idk what it is. It’s just a different vibe out here. A different atmosphere. Everyone’s just so fucking chill. I always say I’d move home if I could get a full-time gig at KMEL. Putting it into the universe now lmao. We swooped on open seats way down in the lowers. No one came so that was dope. I’ve literally gone to Clippers games where I’ve had to get up and relocate like 8x lmao. My friends hate me. I just like being as close as possible.

Shout out to Richie! We’ve been friends for like 10+ years, and there’s never been a dull moment. Also he’s put up with my bipolar self throughout this entire time, he’s the real MVP. We had a great time watching the Niners lose lmao. There was a moment where everyone thought we scored a touchdown,  but for some reason or another, it didn’t count. 24-13 was the final score. We almost made it to the very end of the game when all of a sudden, rain starts pouring. We got the fuck up real quick. There was like 10 seconds left lmao. Shout out to all the loyal Niner fans who stayed to the end. Loyal af. I love the Bay but basketball is my main steez (#Dubnation). In high school, I repped the Raiders more only because I liked their colors lmao. So extra.

Huge thanks to Rich for driving my mom’s van because I was soooo not trying to drive it any more than I had to. We had some time to kill and decided to hit up downtown San Jose, San Pedro Square to be specific. Holy shit!!!! I’ve been sleeping this entire time. I’m from Sunnyvale but I tell people San Jose because most people won’t know the small suburbs of SV. I’m never usually over on this side of town unless it’s for a Sharks game or Christmas In The Park. I got a nice little tour of all the cute new spots and places to eat. The city is so beautiful at night. Everything is lit up and just vibrant. My brother asked me the other day if I missed LA and I said yes but after today, I realize there’s no place like home. We wanted tea so Rich took me to San Pedro Square Market. BRUH. Definitely come hungry because the options are endless. And everything is so dank. Just look at this Chocatoo display.

We could not stop staring at all the glory. They had everything from coffee to tea to fraps to pastries. Thanks to their IG, I find out they’re an Aussie dessert bar. These cookies were too dank. S’mores, white chocolate chip, Reese’s… def had to cop. We were obsessed lmao. Chocatoo is located in the middle of the huge San Pedro Square Market, which proved to be the place to be to get a bite to eat or watch a sports game. I’m sure it was crackin’ for the Niners game. The only con was Chocatoo didn’t validate parking, but we finessed. They even had Treatbot which offers dank froyo and ice cream sandwiches. Can you tell I have a sweet tooth?

Next up, I had to stop by Breezy Excursions to peep DJ Amen’s #BLESSED Collection. We actually tried to roll through earlier but there was a note that said “Back at 5:45pm” taped to the front door. So we went to frolic DTSJ, a true blessing in disguise. Pulling up to this shop made me feel like I was in LA again, on Fairfax. Or if you’re from the Bay, Haight in San Fran. I’m just sad it took me so long to discover it. Founded by Ryan Mante and Flip Lilleland, “Breezy has established itself with a design aesthetic derived from life experiences, nostalgia, and designing whatever the fuck Breezy wants.”

This shop is everything. Even Richie was in love. We’re poser hypebeast, I would say lmao. Their clothes are all super basic but super fashionable at the same damn time. The message is clear and it’s the perfect amount of loud. We were in the amazing care of Lisa, who grabbed us all the sizes we needed and then some. She’d been with the store for 5 years so obviously they are doing something right. I was so excited to see all the #BLESSED gear hanging on the front racks. I absolutely love the cursive font, which is fucking crazy because I have the exact same font on my knee. I have “blessed” tattooed right on my lower thigh. The only difference is there’s no period. Most people don’t believe it’s real, which I think is a bit rude lmao. When I first saw Amen post the hoodies, my mind was blown.  I’m also OBSESSED with this HYPHY hoodie. But they only had kids sizes left. Need the adult version stat. Either that or I need a child, which for sure isn’t happening lmao.

Love that Breezy Excursion was found in San Jose. Yay Area vibes all day. Was even lit off the stickers we got with our purchases. If you’re in the Bay, definitely stop by this shop! It’s located at 1020 The Alameda, right in downtown San Jose. Just found out the #BLESSED collab has been going on for 3 years and they even sold out a bunch of colors this past Black Friday. There was a 35% sale, y’ll better hurry for Cyber Monday!

pretending to be a tourist at san jose city hall 💡 pic.twitter.com/TYrdOrj0bQ

The night wasn’t over. We had to stop by the San Jose City Hall for this lit light show. There were a ton of people out tonight, which made it even more beautiful. Families, couples, friends, tourists… like us lmao. This is LA’s version of the LACMA lights.

Shout out to Richie’s iPhone 8. I’m so behind on technology. My iMessage is STILL broken and I can’t deal. If you text me and I don’t respond, email me (shirleyju9@gmail.com). My account is legit broken. Anyways. I’m obsessed with how much the Bay rocks with SOB x RBE. I literally have heard “Anti” on the radio more than I hear any artist in LA. Shit’s brazy.

thanksgiving break needs to be longer. 3 days is such a tease.

And then I went to Crossroads Trading Co. to try to sell my old clothes (and got nothing). And then drove back to Santa Clara to my girl’s house she was petsitting for. I literally live for animals, I just don’t have any lmao. I wish. I miss just kickin’ it. That’s something I don’t do in LA but will try to do more of. I’m ready to get back to work though lmao. Let’s goooooo. 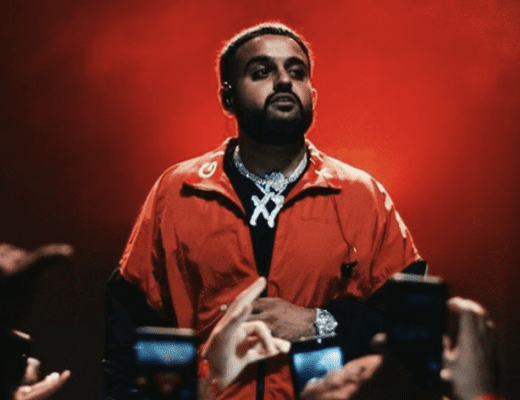 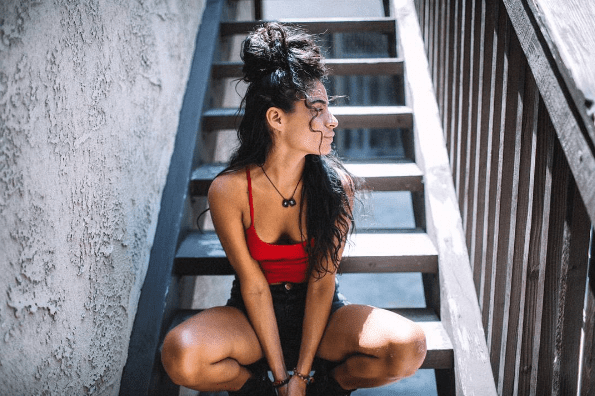