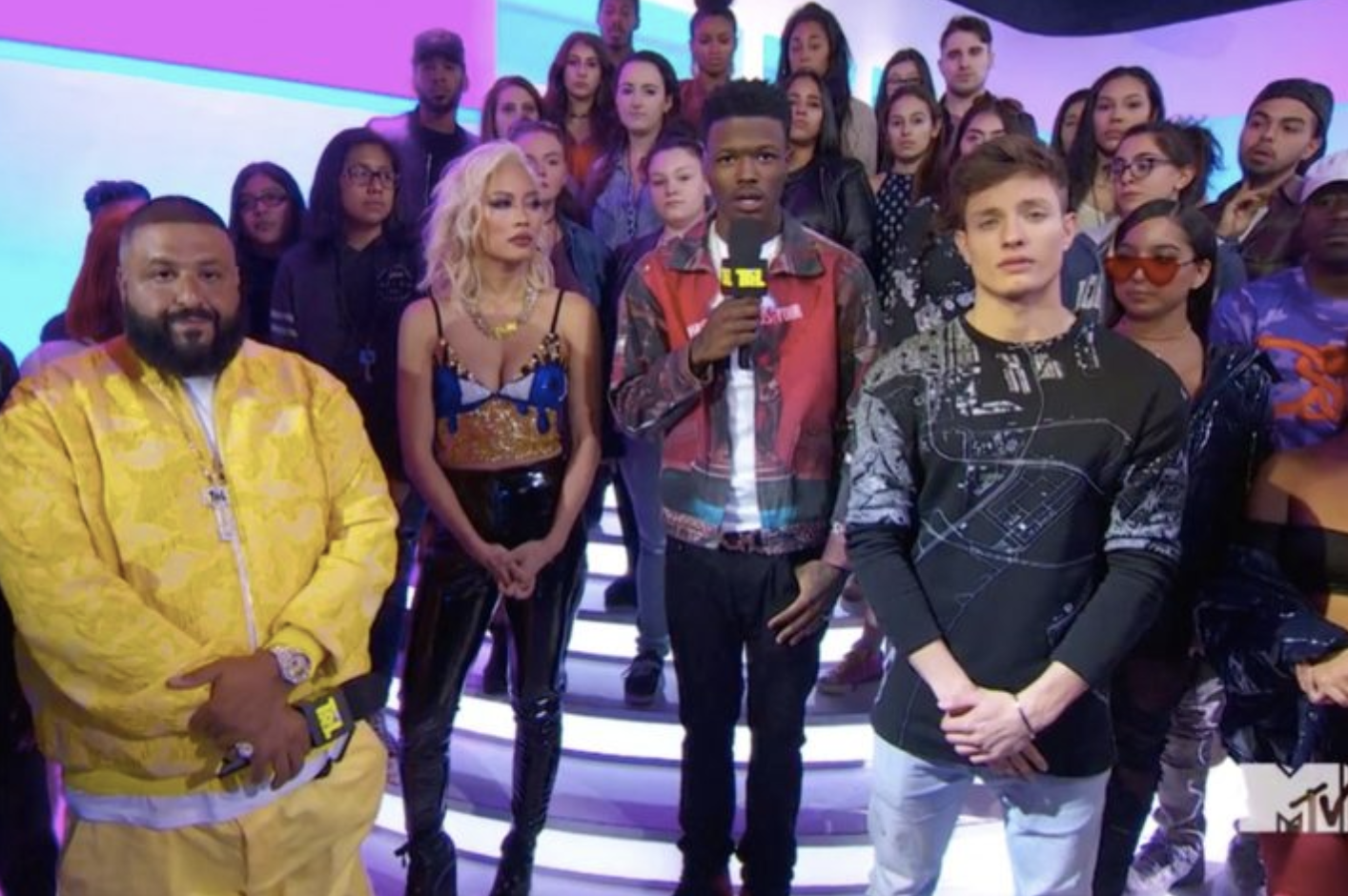 Read the full article on okayplayer.com!

TRL’s return, YouTube Red’s dominance and the cord-cutting from viewing society have all led to the demise of the music video. Or has it?

Who remember MTV’s TRL? Who remembers racing home from school to catch their favorite TV channel play the hottest music videos for hours on repeat? Or how about the greatness of Eminem’s “My Name Is” music video when Slim Shady was in his prime? Or Britney Spears’ schoolgirl outfit in “Baby One More Time?” Before we take a trip down memory lane, let’s not forget what MTV even stands for: music television.

Back in the day, music videos were the prime source for new music. Essentially, they were free promo for the artist to showcase what they have to offer. While the visuals served as pure entertainment, the underlying goal was for the consumer to like the music enough to go out and purchase the CD or cassette tape or vinyl. In return, the masterminds of the video got paid, and the artist’s record sales go up.

But also back in those days, record sales meant the consumer physically had to go to the store and purchase a hardcopy of the CD. Nowadays, the surge of music streaming platforms have completely taken over. There’s no longer a need for CDs, and consequently, no longer a need for music videos.

Let me explain. In this day in age, technology, social media, and all things digital seem to be growing at an exponential rate. Just look at how Myspace came and went (we’ll never forget the greatness and joy in choosing your top 8). While the majority of the 2000’s era was saying goodbye to CDs, this era, it’s R.I.P. to music videos. Artists are spending their own money to create these visuals, only for the viewers to hop on Spotify or Apple Music to stream the song for free. This leaves a domino effect where record label personnel focuses their efforts elsewhere.

So, who’s to blame? Look no further than the internet. Just look at what happened when MTV decided to relaunch their TRL series. Not only was the content extremely underwhelming, it was bashed and ridiculed by fans and music industry execs alike. With this generation’s ADD combined with the 0.1 second response time from Google, there’s no need for a Carson Dalycurating the latest visuals from popular artists. Let’s be real… would you rather watch an underwhelming performance of Playboi Carti performing “Magnolia” or Joe Budden and DJ Akademiks go at it on Everyday Struggle?

I personally choose the latter.

Ask yourself this, could you really dedicate an hour of your time sitting on your couch, watching music videos play one after another? The answer is probably not. Thanks to the internet, users are heading straight to the source (YouTube) to get their fix. And if they love it enough, they might share the (on average) 4-minute clip with their friends or colleagues.

I’ll never forget the day my friend asked me to hop on a call to see if I had any advice on digital marketing strategies to help “break the internet” with a single music video. He was brought on for the rollout of an A-lister’s music video (whom shall remain unnamed) and given the task to hit four million views in just one day. I was speechless. After realizing I couldn’t help his case, I said, “Good luck” and hung up the phone.

Just recently, Vevo announced the top 10 music videos of the year, both globally and within the United States, which lead to some really interesting finds. On a global scale, Latin music proved to dominate, claiming seven of the top spots. This includes “Despacito” and hits from Ricky Martin, J Balvin, and Shakira.

Meanwhile, Post Malone’s “Congratulations” featuring Quavo dominates the #1 spot in the United States, clocking in at 309,357,452 views and counting. To put things in perspective, Britney Spears’ “Baby One More Time” video currently sits at 306,286,709 views, after being released back in 2009. That’s an 8-year span.

While Post outshines Britney by three million views in just a one-year span, ask yourself this, “Do the visuals for “Congratulations” do for you what Britney did for me back in the TRL days? Will it be a timeless memory that we will always remember or think of when we think of our childhood and how we discovered new music?” Probably not. In fact, how many of us have actually seen the “Congratulations” music video from start to finish?

How many of us are going to dress up as Post Malone or Quavo for Halloween? Well, a number probably will. But still. Britney became every teenage girl’s idol at one point or another. Let’s end with this open-ended question, “Are music videos dead?”

I spoke with a number of artists and music industry execs to hear their thoughts.

Los Angeles rapper and tattoo artist Hi-Tone seemed to agree. He states, “Even though there are more wack videos then good videos, in my opinion, the music video will never be dead. I personally believe that a creative quality video can make you like a song more than you already did, and that’s exactly why the top tier artists still spend a big chunk of their budget on video production. ‘Cause it really separates the great from the amateur.

As far as music video shows such as TRL, I think they are doing a good job ‘trying’ to bring that platform back, but I honestly do not think it will ever be the same as it was in the 90’s and early 2000’s, simply because television has changed. Back then, the internet was pretty much non-existent so you were forced to watch MTV or BET after school to see your favorite videos. And that was exciting. Nowadays, the consumer watches a video the exact minute it releases by one click of a button on any smartphone anywhere in the world.”

Meanwhile, Enimal, a rapper and actor from Los Angeles (and brother to Issa Rae from Insecure), was more on the fence. “In my opinion, the music video is not dead, but it’s on life support. The fact is that major money isn’t being put into these things anymore. You can’t have a video like “Waterfalls” from TLC without putting a million dollars into that thing. Now, I feel like videos have become kind of a do-it-yourself project for a lot of artists. Much respect to shows like TRL and Video Music Box who are trying to keep the art alive, but it’s definitely something that’s become like a little vlog or journal for a lot of artist just to showcase their lifestyle.”

Immediately, I couldn’t help but think about Issa Rae’s cameo in Aminé’s “Spice Girl” video. While this clip sees the “Caroline” rapper pushing the boundaries of creativity and uniqueness like we’ve never seen before, the Issa Rae feature in all major outlet headlines certainly helped his case. In barely 1.5 months, the clip has already surpassed 10.8 million views.

I ended up covering Aminé’s sold out show at The NOVO in L.A. for Power 106, in which I ran into Issa Rae in the VIP section. When it was time for “Spice Girl,” the entire venue turned into a full-blown dance party. I was right next to Issa Rae and couldn’t help but notice how much she loved and supported the music. Not that they wouldn’t have connected regardless, but there is something valuable in the existence of a music video. Something that can’t be replaced.

How many of us were interested in seeing Blac Chyna in Yo Gotti and Nicki Minaj’s “Rake It Up” music video? Or Queen Bey’s surprise full-length LEMONADE visual album?

Leave it to Justin Hunte, L.A. rep for EMPIRE and former Editor-In-Chief at HipHopDX, to defend his case. “Absolutely not. While videos don’t necessarily have the same replay value as streaming the track alone, visuals are immensely important in providing an opportunity to connect with an audience; to tell a story; to add a powerful layer to an impactful song. If anything, we’re seeing an increase in the importance of music videos. Music video budgets are returning. Additional streaming platforms away from just YouTube now showcase music videos. The premise is simple: Why tell someone something when you can show them?”

Adam from No Jumper, who works very closely with artists whose entire career depends on YouTube videos (Ex: “Red Roses” by Lil Skies), defends the case even further. “How are music videos dead when putting dope visuals on YouTube is like all the rappers care about? A better question is how much longer audio is gonna exist on its own because everyone would rather watch a video.”

Sy Ari Da Kid, an Atlanta rapper signed to Birdman’s Cash Money Records, gives his take. “Well, depending on how you look at it, answers could be different. But to be realistic, the game has changed. Nothing to me is ‘dead.’ There are a lot of really dope videos still being done. Are directors being paid as much? No! Are labels giving huge video budgets like they used to? No! Also with TRL and other shows on television trying to bring it back, it’s super dope. But they have to understand that people now know that they can watch what they want on their own time on their phones. People control the stats and numbers more than ever now. So if I don’t want to watch videos at a specific time, I don’t have to. But this is all just my opinion.”

Ashley Dingess, Social Media Manager at Power 106 (L.A.’s #1 hip-hop radio station) reveals feeling very strongly about the topic. “For me personally, the music video is NOT dead, it’s one of my favorite things an artist can release when it comes to their music. Look at the YouTube and Vevo views… it’s not dead… ONLINE that is. Is the art of waiting for a video to drop on TRLafter school is out… absolutely. We live in a world where everyone gets things fast and want to consume it, throw it out and move on to the next thing super fast. It’s sad. I miss wanting to run home for a video premiere. That is long gone. But videos are what tell the story of the song, the artist and the movement. You get to see your favorite artist use their creativity on a whole new level. Music video is NOT dead, it’s just alive in a different world now.”

Let’s end on a high note. IDK (formerly JAY IDK), a rapper out of Maryland, uses evidence to prove his point. “The music video is very much alive in my opinion. Look at artists like Joyner Lucas and his “I’m Not Racist” video. It adds so much to the impact. At the end of the day, not everyone has a good imagination, so the music videos helps paint that picture.” 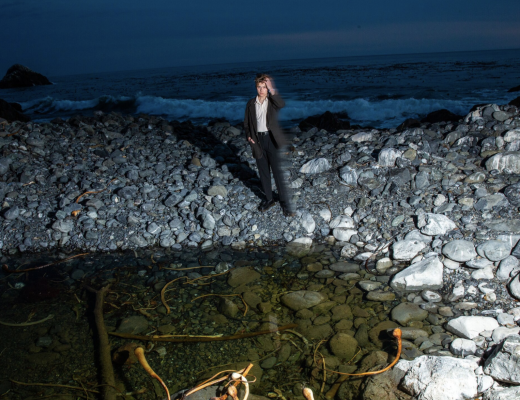 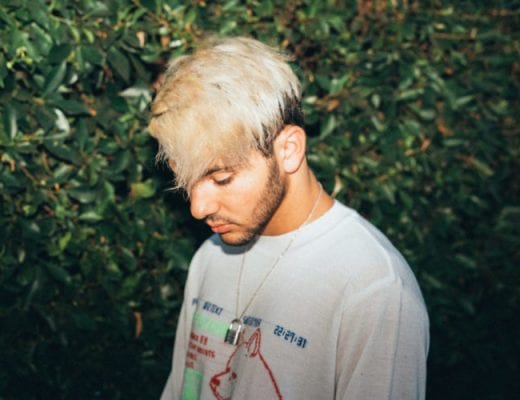 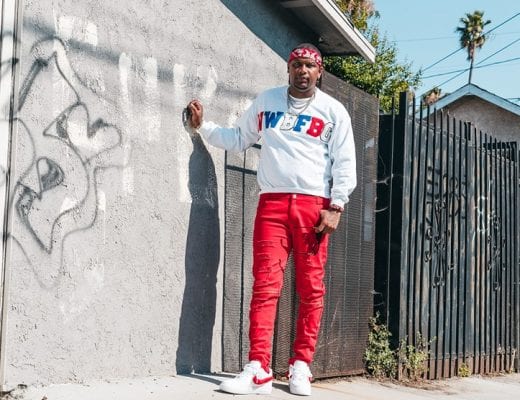 Track of the Week: Joe Moses and RJ’s “Stop It”