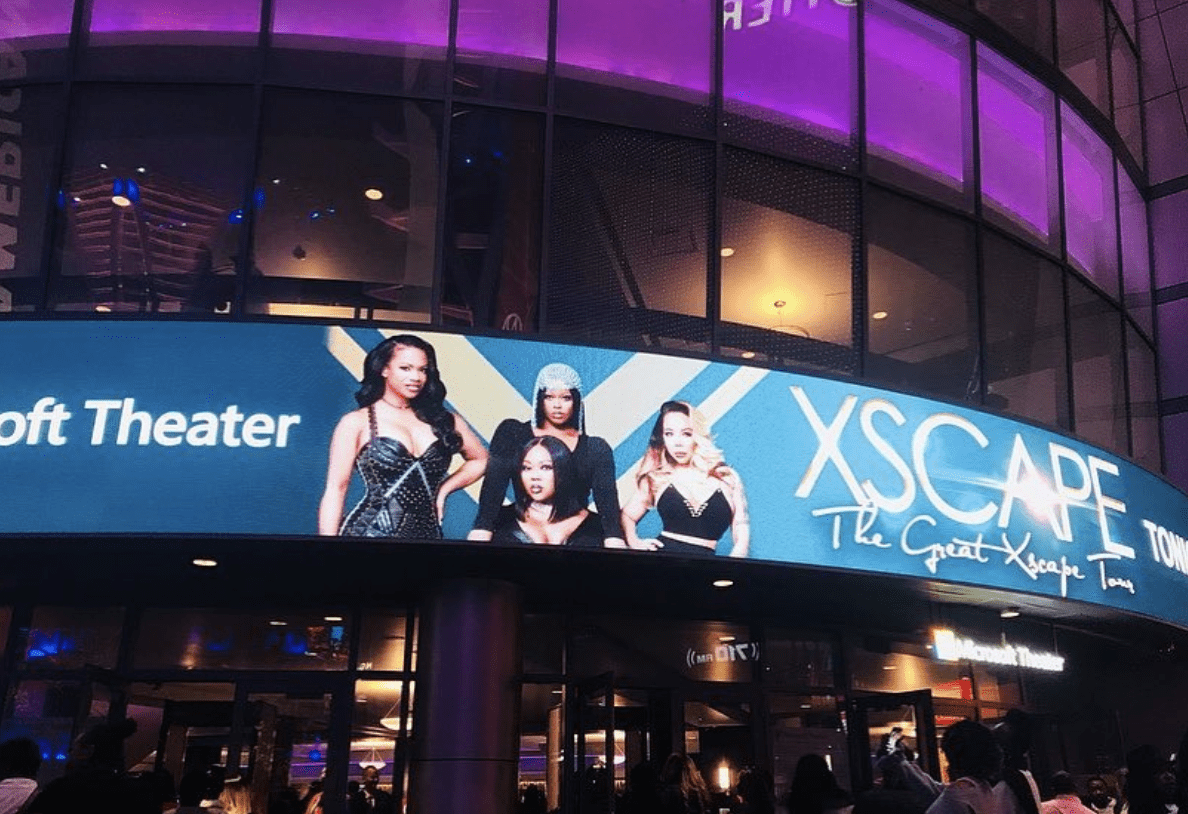 Happy Sunday! I feel like I may have just experienced one of the best live shows of the year (no pun intended, I know it’s 2018). But assuming this covers my last year of endless shows, Xscape completely blew my mind tonight. For those of you who don’t know, it’s okay. Because I just barely found out about these 4 ladies — which is hard for me to admit. Being in the music industry, you’re expected to know all the GOATs. Xscape is an iconic R&B female quartet comprised of Kandi Burruss, Tameka “Tiny” Cottle, and sisters LaTocha Scott and Tamika Scott. Honestly, as much as I’m here to praise the music, I fucking love Tiny. I’m so ashamed to say I knew her as T.I.’s wife before her amazing talents as a singer. She’s the cutest.

Tonight, The Great Xscape Tour was taking over The Microsoft Theater in downtown Los Angeles for night 2 of 2 sold out shows. Huge thanks to Samantha for the set times, I didn’t realize they were posted on IG until now (I love when venues do this). You guys, this is where The Grammys and BET Awards were held. Only the top-notch artists across all genres perform here. The fact that they sold out 2 nights in a row is simply impressive. The fact that they STILL got it after all these years is beyond me. They had everyone in the room smiling from ear to ear, bringing us back to the 90’s era with all their funky outfits and hairdos. It’s crazy because if it were reversed, and they were looking at what we wore now, they’d probably think we were the ones wildin’. Oh, how times have changed.

#XSCAPE brought out jermaine dupri #wizkhalifa r. kelly & T.I. 🙌🏾 this might be the best sunday of 2018.

Huge thanks to Cece for the tickets! She’s too dope. I got to bring my girl and my co-worker got to bring his mom! I thought that was so adorable. Speaking of, the DJ was hilarious. He goes, “Raise your hands if you’re 30 and up!” Next second: “Raise your hands if you’re 40 and up!” As my girl put it, “all the uncles and aunties” were here tonight. That made me laugh out loud, mainly because it was so true. If you’re a real Xscape fan, you’re probably an OG. This reminded me of the Backstreet Boys show in Las Vegas. timeless music and nothing but pure fandom in the air. We really wanted to catch Monica opening too, but unfortunately, the universe didn’t allow for it. She’s queen.

If you’re a noob like me, you listened to the Xscape Essentials playlist on Apple Music earlier today. That actually made me more excited for the show. There’s just something about R&B back in the day that just shits on R&B today. Nobody sings like they do anymore (minus SZA!). Before they actually came on stage, the lights dimmed and there were about 5 minutes of dead silence. It was intense lmao. But it made it even more epic when the show began. First, they showed live footage of the group in their prime. From music videos to interviews to press… someone even called them the female Jodeci. It was a bit surreal seeing how big they really were. And I’m a new fan. I can’t even imagine it for them.

at the xscape show and @TinyMajorMama still fucking got it.

The first song the ladies perform was “Feels So Good,” which had the entire room on their feet. Even if you wanted to sit, you couldn’t. You couldn’t be the odd man out. This was the definition of a real concert: people actually enjoying themselves and being present in the moment. There were a few phones out recording, but not much. I loved that. And then one of my favorite moments of the evening: Jermaine Dupri pops up on stage! He left after 5 seconds lmao which made me upset but the girls started playing “Love On My Mind” and all was forgotten. He produced that one. Real recognize real. Next, they covered Bell Biv DeVoe’s “Poison” and I couldn’t help but notice how on pint their choreography was. They didn’t miss a beat!

The production was also phenomenal. Everything from the lights to the outfits to the throwback videos added to the experience. All 4 of them put on for the boss chicks in the room, which had us hootin’ and hollerin’. Of course, Tiny doesn’t forget about the fellas. It was their turn next. Next, the male dancers in between the ladies peel off each of their orange jumpsuits, revealing a very sexy, sleek black ensemble. Like, how the hell does each one looks SO BOMB after all these years? They all have beautiful families too. I hate to say this, but hashtag goals. This lead right into a very sexy performance of “Who Can I Run To.”

This next part was the best: the ladies brought us to church! We were literally praising God in that room tonight. This guy in our section kept screaming, “Go Tasha!” and we all agreed. “Softest Place On Earth” was next, which was performed in front of a beautiful sunset on the screen behind them. This lead into an acapella by Kandi, who full-on serenaded LA tonight. Btw, these ladies are from Atlanta. They’ve got trill in their blood. At this point, my girl reminds me that Tiny was 17 when she first started her career. Which reminded me that Monica was 14 when she made her first album. Unreal. Next was “Do You Want To,” before Tiny reminded us we were in La La Land tonight. You know what that means… SPECIAL GUESTS.

Wiz Khalifa! Top 5 for me. I fucking love wiz. #TGOD. He proceeded to perform “Something New” featuring Ty Dolla $ign. After this, the DJ turns the fuck up with all the slaps: Cardi B, Young Joc, and even “No Ho” by D-Lo. That shit made my life (Yay Areaaaa). They also threw it back to Can We Talk” by Tevin Campbell and “I Wanna Be Down” by Brandy. Another queen. The crowd knew every single word. The ladies proceeded to bring up a man named Todd to be serenaded by one of the ladies, who ended up singing into the mic and holding it at his crotch as if… you know. Things escalated real quick lmao.

Holy shit. NO one in the room was ready for this one: R. Kelly — in the flesh. NO matter what he does, you can’t deny his greatness in the music game. He’s 30+ years deep, a fact he had to remind everyone of tonight. He admittedly said he was faded on stage, and that he was turning 51 at midnight. Happy birthday to a GOAT.

.@rkelly celebrated his birthday on stage at the @Thegroupxscape show 🎂🎂🎂 30 years in the game. pic.twitter.com/eAwLx04IZa

I still couldn’t believe this. People would pay big bucks to see R. Kelly perform, and here he was, right in front of us. He literally sang “Happy Birthday” to himself on stage lmao. And honestly, he sounded bomb as hell doing it. Tiny kept saying they were saving the best for last, and she was not lying. R. Kelly proceeded to play “Step in the Name of Love” and “Slow Dance” which had us all so nostalgic.

“Ignition” will never, ever get old.

lost my shit when @Thegroupxscape brought out @Tip 👑 make way for the king pic.twitter.com/Cj4R1bpnCU

AND THEN, the King of the South: T.I. He is honestly one of my favorite rappers. His accent turns me on and I have no shame. Tiny’s actually the one who brought him out, which was adorable. This reminded me of when I interviewed Tip for HipHopDX during Grammy’s weekend. Tiny actually pulled me aside afterward to ask what question I asked him, because he reacted so strongly. I loved her ever since lmao. “Top Back” was only the beginning. This man has so many hits. He needs to go on tour again.

“Live Your Life” really had us thinking Rihanna was going to pop out. I don’t think we could have handled it, so good thing she didn’t. Tip also took the moment to congratulate Xscape on the two-sold out shows in LA, which is huge. He ended his guest appearance with “Whatever You Like,” one of my all-time favorites. That song brings up a lot for me. At this point, the ladies come back out and get praised for the 28 cities and 29 shows they’ve managed to conquer, a whopping 18 years later. Hey, when you’re talented, you’re talented. They literally still got it. They closed out strong with “My Little Secret” and “Understanding.”

Upon exiting L.A. live, we were given a goodie bag of “bedroom candy,” filled with flavorful lubricants. Dead. What a Sunday to start the new year. 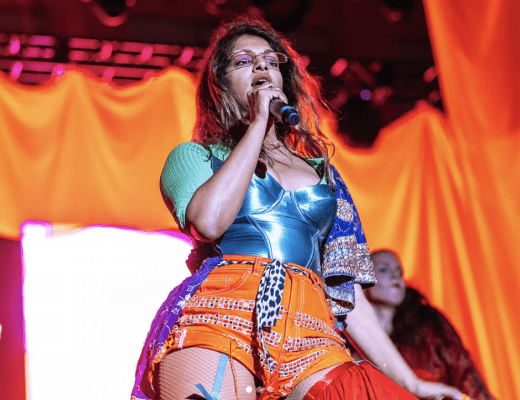 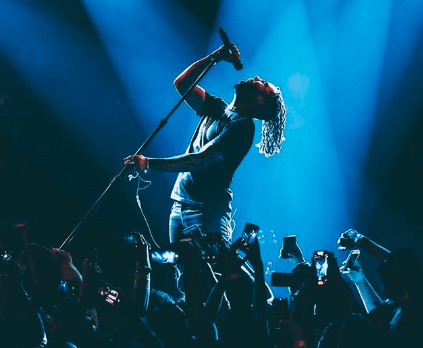 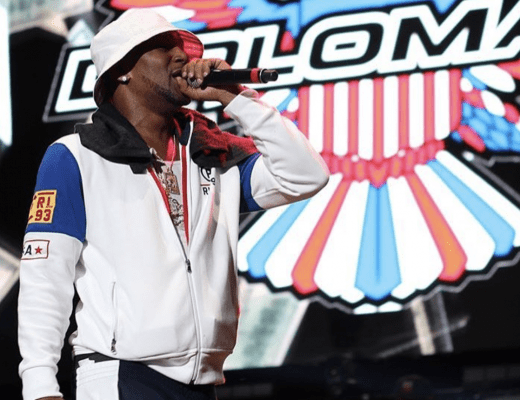 The Diplomats Take Over Los Angeles On #DipsetForever Tour