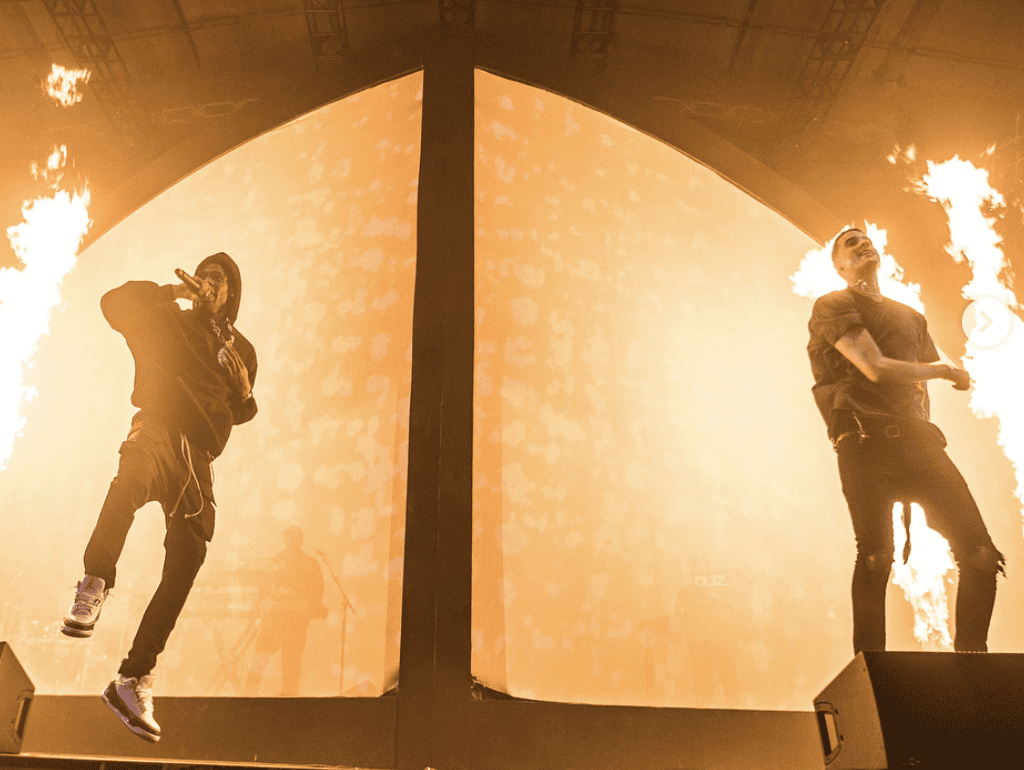 s/o to people who respect your time. they the real ones. 💰

Happy Saturday. Was a bit down today. Not sure why, but these days like to pop out of nowhere. It’s a constant reminder to count my blessings.

A post shared by By Way of US (@bywayof.us)

The evening began with a really dope art gallery/photo exhibit called #TWOISBETTER in downtown LA. The event was from 7-10pm and I pull up at Pakkard Studio to find an over-packed room. I swear, it was too cold outside, and too hot inside. There was no medium lmao. But congrats to By Way of US. This shit was a huge success. The concept is so fire: two people are always better than one! This was the perfect pre-game for whatever shenanigans you were getting into later. Alcohol, music, art, and good vibes.

Speaking of, my go-to mantra in life: teamwork makes the dream work. Shout out to Daniel with Kids Of Immigrants for the invite. They had a dope little showcase in the corner. Their mission: For The People By The People, Lead By Example. Super dope. The clothing line was started by Daniel and Weleh, which is why the #TWOISBETTER concept comes into play perfectly. This was also a sad reminder I’m single lmao.

And here we are. G-Eazy‘s third sold-out show at The Shrine across from USC. Not 1, not 2, but 3. He really did that. 2 nights at The Wiltern and now the massive Shrine. All sold out. This is honestly impressive. Young Gerald is a superstar, and he’s bringing superstars with him. Phora and Trippie Redd as openers is such a look. Both artists are 100% capable of their own headlining tour, but it’s all about about gaining new fans. A new audience. And this was it. Definitely have seen G enough (at least 20x), but it’s always heart-warming every time. He really positioned himself to be one of the greatest artists in Hip Hop.

Huge thanks to Humbert for this, I knew night 3 was going to be lit. I walk into the huge auditorium during Trippie Redd’s set and was so confused when I heard YG’s “BPT.” But then I realized he brought out YG lmao. Real recognize real. Literally. All the dope artists find each other. Wonder if they got music coming.

“Who Do You Love” always hits the spot. YG was literally just here too, headlining his own sold-out show. Trippie had the entire place screaming 1400, just like YG’s 400.

And then he flexes even harder, bringing out Travis Scott for “Dark Knight Dummo.” He finished his set with “Poles 1469,” “Fuck Love,” and “Hellboy.” He’s such a great performer. And so talented.

Phora is my fucking favorite. I tried so hard to make his set, but 8:20pm in LA traffic and parking at the Shrine did not allow for it. I caught his last show at The Novo and was completely blown away. Got to interview him there. This kid is special. Super excited to watch his career flourish. At this point, I didn’t even know I had an AA band. Idk how that happened.

Also, don’t sleep on his Yours Truly clothing line. Shout out to V for this hoodie, I repped it proudly. And listen to “To The Moon” if you haven’t. Shit hits home.

G-Eazy opened the show with “The Beautiful & Damned.” It doesn’t get more perfect than this. He’s come so far and I’ve watched him fine-tune everything, from his music to his looks to his performances to his fans. That’s who he does it all for and why he goes so hard — the fans. Which consists of the majority of the female population and my brother’s bestie, who I got to bring tonight. Shout out to Daniel. Love you.

“Pray For Me” is definitely one of my favorite records on The Beautiful & Damned. If you haven’t had a chance to hear this yet, I would definitely recommend it. He put his heart and soul into this project. And then he took off his jacket and the crowd goes brazy lmao. He is such a ladies man. He performed “Legend” next before I was kicked out of the photo pit.

I was moving around so much lmao trying to find the best shot. Here, I was literally squished between people on the floor. The sold-out factor got so real in this moment. Stayed put for “The Plan.” Straight banger. He did “But A Dream” next, which is actually Daniel’s favorite song off the new project. Cute.

The VIP area upstairs proved to be worse. People are so territorial at shows lmao, especially the ones standing at the balcony railing. Ruthless. I literally had to record over their heads. He performed “That’s A Lot” and “Lotta That” before this pivotal moment: bringing Travis Scott back out for “goosebumps.” So here for it.

“I Mean It” is another standout record of his. “Order More” was next, followed by a heartfelt speech about how he performed at The Roxy not too long ago and even then, he felt like he made it. Still upstairs, my eyes wandered over the entire floor covered with G-Eazy fans. From the front of the stage all the way to the back — packed. Talk about a dream come true. Bless.

“Sober” is a beautiful record, and Charlie Puth kills it. After “No Less,” he shouts out Los Angeles for being home to the most beautiful women. Which had me thinking, where’s Halsey? Lmao. I knew she was here though. “Him & I” is a give-in. This lead to the second guest appearance of the night: Marc E. Bassy. “Some Kind Of Drug” and “You & Me” hit home every single time.

Then he went to change his outfit into some all-white Michael Jackson ensemble. it was lit lmao. “Fly Away” was next, and I hear the chick next time to be freak out saying THAT was her favorite record. I love how subjective music is. Everyone has their own taste. At this point, I go to find Daniel lmao. “You Got Me” was my motivation.

Shout out to young Gerald. He’s killing it.