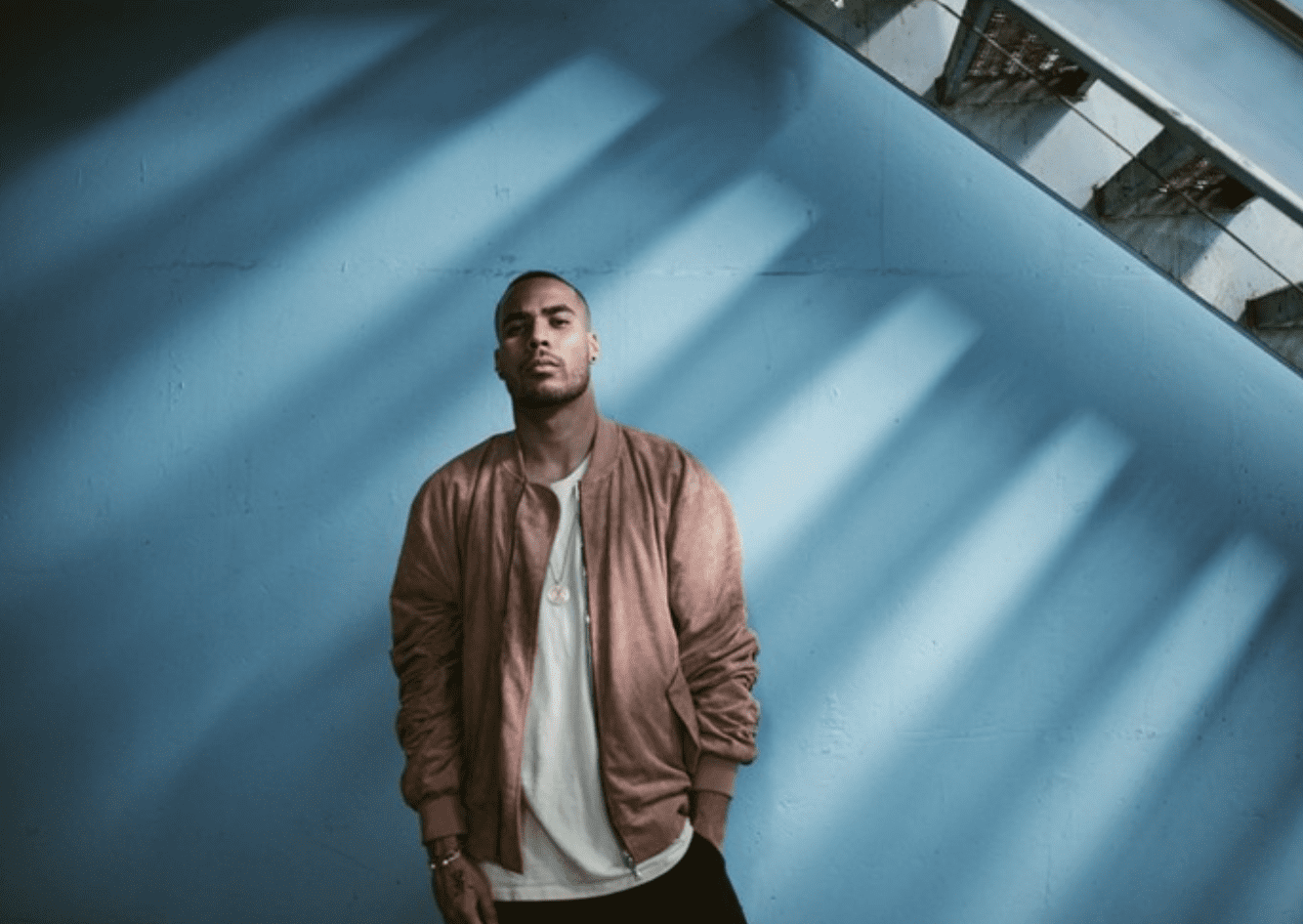 If you’re a DJ and you land a residency at Drai’s in Las Vegas, you’re clearly doing something right. While fans can catch TroyBoi as he takes over Saturday nights at Vegas’ best rooftop pool party, he has something even better in store: Coachella.

Every year, a handful of artists are chosen to perform at the most coveted festival in the United States. This year, TroyBoi will be making his debut … and he’s not taking a single moment for granted.

Hailing from Southeast London, TroyBoi is a multifaceted DJ/producer who continues to showcase his versatility by breaking down barriers in music genres, creating a unique, one-of-a-kind sound that music lovers can’t help but gravitate toward.

With TroyBoi in town for just two days, we meet at Tatsu Ramen in West Hollywood, his favorite spot in Los Angeles. The next thing you know, we run into stand-up comedian Jo Koy, who was getting noodles with his son. They’re huge fans of each other’s work, and it turns out they had just been DM’ing on Instagram. What were the chances?

Still in shock at the unlikely situation, TroyBoi begins to tell his story.

“I started making music as a hobby,” he says. “It was a passion, really, since I was about 13 years old. My music tends to be quite eclectic. It has quite a unique style, which I’ve developed over the course of many years. It’s just about fearless music, and that’s what I try to make with all my tracks.”

Loyal to his ethnicity — Indian, Chinese, Portuguese and Nigerian — and hometown in the U.K., TroyBoi pulls inspirations from all directions as he fuses trap and hip-hop.

“I like to incorporate a lot of my ethnic backgrounds into my music and use a lot of textures from the countries where my parents are from,” he says. “I like to combine world music with electronic, hip-hop and various other genres. And I think that what sets me apart is the unique kind of tones. It’s just something new from London.”

Growing up, Troy was heavily influenced by the likes of Timbaland, Pharrell and Dr. Dre. While the ’90s and early 2000s may be his go-to era, it’s his hometown of London that exposed him to genres outside of hip-hop.

“I used to listen to a lot of electronic — that strong, strong house, grime, [drum ’n’ bass],” he says. “Growing up in London, again, being exposed to things like reggae, and just a lot of different music. So I guess I absorbed all of that and just put into one big pot to create what is the sound that I make now.”

Speaking of now, a failed attempt to list modern-day influences led right back to the greats, as he reveals a tattoo of Michael Jackson on his arm.

“Modern-day is quite hard to say,” he says. “Modern artists are inspiring me daily, but I think I always get inspiration from people like Michael Jackson. Like, he’s got records that’s going to be impossible to break. Hence why I’m inked. In terms of Pharrell Williams, I’ll always say that he’s definitely the epitome of someone who’s just like a cool-ass dude. He’s got a good fashion sense. He’s a dope producer. He’s accomplished so much personally, and is part of N.E.R.D. and the Neptunes. He’s definitely one of the top for me.”

With an ear for good sounds, Troy managed to link up with one of music’s youngest, most sought-after pop stars, Billie Eilish. The spelling of “Boi” in Eilish’s “MyBoi” remix is a clever play on TroyBoi’s name.

“I love her,” he says. “She’s only 16! For me, I like quirky, different, edgy things — people, anything. When I first kind of heard her and seen her image and everything, I was like, ‘Who is she?’ She’s incredible. Her whole EP was crazy. Her team hit me up and was like, ‘She likes your music, can we get a remix?’ So I did that. And here we are now. I can’t wait to do a lot more music with her. I’m looking forward to it.”

In addition to this incredible remix, TroyBoi is still on a high from his debut project, Left Is Right, which he released independently.

“I self-released it, so I kind of wanted it to be more of an organic thing which is just for the fans,” he says. “I didn’t wanna go full-blown with a major label and have it all … it was literally for the fans. It was almost like my little outlet, but the reception was incredible. I think because a lot of people were really looking forward to me putting a complete body of work together, and that was the first time I’d ever done that. So it was a good chance for me to show my production diversity and just to give people a nice, good body of work, without any features or too many features.”

Clocking in at 20 tracks, Left Is Right represents TroyBoi’s own experiences discovering his alternate route, with his heart set on the end goal no matter what obstacles lie ahead. He takes pride in his music being “left” of center while simultaneously feeling “right” in his mind.

“First of all, growing up in London, it’s very difficult to do music,” he says. “It’s kind of going against all the odds , in the sense of me staying in my own lane. In the sense of music, a lot of people try to make a lot of the same kind of music. And it’s a lot of the same music which is on the radio. And they feel can’t express themselves because it doesn’t fit into what’s on the radio. So for me, I’m always like, ‘Look, I believe in making my own sound — creating my own sound. And if people like it, they like it.’ At the end of the day, how are you gonna be a leader and set your own trends if you’re following someone else’s footsteps? You have to be bold enough or try to be bold enough to wanna do that. I can always say that about people like Pharrell and Timbaland. They always jumped outside of the box. Whenever you heard one of their tracks, you just knew it was them because it was so different. And that’s how I’ve always tried to make my approach.”

And with festival season around the corner, TroyBoi could not be more thrilled.

“I’m absolutely buzzing for it!” he says. “I’ve always wanted to go to Coachella, and the fact that I was invited to play this year in this amount of time — that was just incredible to me. And I’m looking forward to bringing the house down.”

As well as a hefty serving of Left Is Right, a press release reveals his set will be enhanced by aerialists, breakdancers and a live orchestra. Still, TroyBoi himself remains elusive.

“I don’t wanna give away anything,” he says. “But all I will say is that since I’ve been given the spotlight, I’m definitely gonna make use of it, as I always do. Whatever I do, wherever I am, I always give out 110 percent in my performance. But now that I’ve been given something with such a nice stature, it’s time for people to really know what TroyBoi’s about.

“I know it’s a big festival and I know there’s a lot riding on it, but I stay calm,” he adds. “I’m confident in what I’m doing. Nothing’s changed between now and then. You just have to enjoy it, you know? And that’s what I’m intending to do — show people a good time and enjoy myself. I’m not gonna think too deep about it. I just wanna show everyone a good time.”

TroyBoi compares his previous country of residence to his current one. “It’s very different because the markets are very different,” he says. “I would say that the U.K. is a little bit behind — in the sense of this kind of electronic scene and the kind of electronic trap, or whatever you wanna call it. But I’d say in the U.K., the alternative music which is really kind of dominant is grime. I think anything else is quite hard to push through because grime right now is at a very good time. So any other kind of alternative music, it’s hard to get in there. It’s different, but London, don’t get me wrong. It can be freakin’ hyped. So hyped. Hell yeah.”

With all his time and energy focused on perfecting his craft, TroyBoi made the conscious decision to move to the United States. Trying to decide between Miami and L.A., he went with the former because of the city’s Latin culture and beaches.

“When I was 21, my first time in America was when I went to Miami,” he says. “I went on the Music Conference, and that week for me, obviously, coming from London to America for the first time was incredible. So I think that always stuck with me. And I thought, ‘Why not? Move to Miami, let’s try it.'”

And then he remembers moments like running into Jo Koy at his favorite ramen spot in Los Angeles. Omeretta The Great Talks “Sorry Not Sorry” Remix With Mulatto, & Working With Mike Will Made It 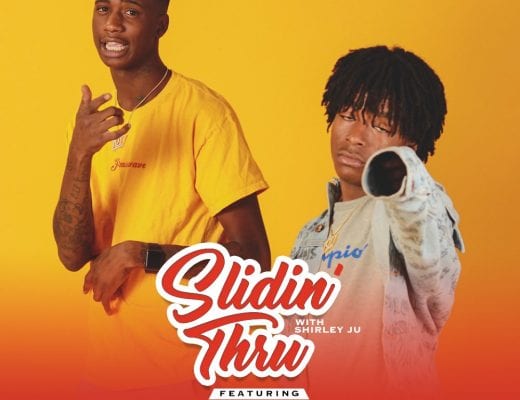 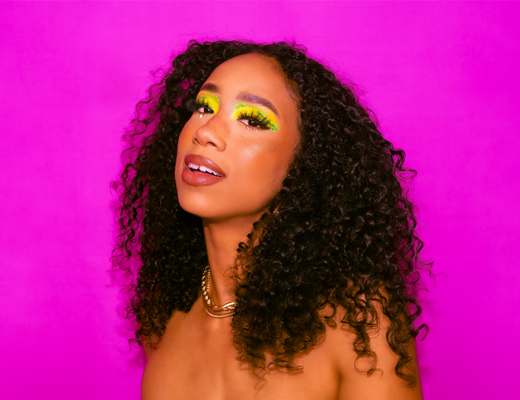