peep my interview with @tydollasign ✨ who's coming to the show tonight?! https://t.co/FSHw9xXkHz

Happy Thursday! Been so busy I didn’t even realize my interview with Ty Dolla $ign published. Shout out LA Weekly. Did you guys know Ty was my first on-camera interview? 4 years ago. Brazy.

But first, had to pull up on my boy Nessly one time. Shout out to All Def Music for putting on their biggest #AllDefLA show to date. And I didn’t even stay. Just from the bill alone: Gunna, Lil Gnar, Nessly. It’s a wrap.

Actually got to interview him for Weedmaps and it was fire. He doesn’t smoke and I asked him his top 5 pet peeves in the studio when his homies are lighting up. Epic lmao.

Head straight to The Novo in DTLA. First off, I’m so fucking happy for Ty Dolla $ign. He is literally a superstar. One of the best musicians of our time. I wrote that in my interview and my editor told me to pipe down lmao. I’ve seen him so many times I’ve lost count, but the fact that I’m here and was excited for this show is exactly why he’s so great. This is the Don’t Judge Me Tour, which is the first record off Beach House 3. This project has been in rotation all day. I literally love every song. Shout out to Aishah, who was as lit as I was tonight lmao.

Ty’s stage was looking so dope. The lights, the LSD screen, the band, the firework lights that were going off at the very front that terrified me while I was in the photo pit lmao. I swear, I was like… is this safe? He first performed “Don’t Judge Me” before a cover of Kanye West’s “Fade.” I think it’s so crazy how any song by Ye can get the crowd so damn hyped. “Saved” was next before Ty brought out Joe Moses for “Wavy.” Speaking of, sad I missed 24Hrs‘ set. But I know he killed it.

“Love U Better” is such a great record. It literally hits the spot every time. Next, Ty covered 2 Chainz’ “It’s A Vibe,” which had me thinking it was his for a sec lmao. He bodied it. Ty kills everything.

Next, he asks the crowd who wants to smoke a joint with Ty Dolla $ign. Everyone was screaming. He ended up bringing out OG Louie The 13th for the shout out of the year. “This man has the best weed, no cap. No rap cap!” He proceeds to perform “Irie” and ” Zaddy.”

This was so cute. Ty brings out girlfriend Lauren Jauregui for “In Your Phone.” Their chemistry was unmatched.

PS, Ty’s birthday was at midnight. I accidentally deleted this tweet when I woke up this morning :(. Heartbroken. It did well lmao.

i love ty dolla & mustard together.

Mustard on the beat ho! He brought out DJ Mustard who was looking dapper as hell. He gave the story of how they all grew up together and how they used to dream of this shit. Mustard told everyone that when he first saw Ty in the studio, he knew he was a star.

“Toot It And Boot It” could not have dropped at a better time. This song was a smash. “You and Your Friends” reminded me how much I love and miss Wiz. Taylor Gang or Die. Next, he did his record “Swalla” with Jason Derulo and “Work From Home” with 5th Harmony, who Lauren is a member of (ICYMI).

He brought out TeeCee4800 for “Only Right” and Nipsey Hussle for “Last Time That I Checc’d.” LA was in the building. He did “Rap Ni**as.” Nip so hard. I just wish he would unblock me lmao.

Dre Sinatra had me crying. He had everybody throw up their lights and cell phones, and when only a few did, he goes, “How about this, if you don’t got an STD, throw your lights up!” I was dead. People around me literally threw their iPhones in the air. It was lit lmao. “Or Nah” followed. Another banger.

Next, he did “Droptop In The Rain” featuring Tory Lanez off Beach House 2, one of my actual favorites! Then Wiz Khalifa for “Something New.” But even more beautiful was when Wiz threw it back and dropped “Mesmerized,” while smoking on KK. Next, he did his newest record “Captain,” which also slapped. Team Wiz.

Ty performed “Dawson’s Creek” before he brought out Russ for “What They Want.” Was not expecting this one. I was backstage at this point (shout out Gary) but realized I couldn’t get a shot so took my ass back to the front lmao. Especially when YG came out (this was right after “Paranoid”). They performed “Main Chick”  and YG sang Ty a beautiful happy birthday before “BPT.”

Just when I thought it couldn’t get any better, Rae Sremmurd pops out for the song of 2018: “Powerglide.” So dope Ty let everyone shine. It turned up the energy in the venue so much more. “Blase” was epic.

This somersault into the crowd is priceless. Happy birthday, Ty! 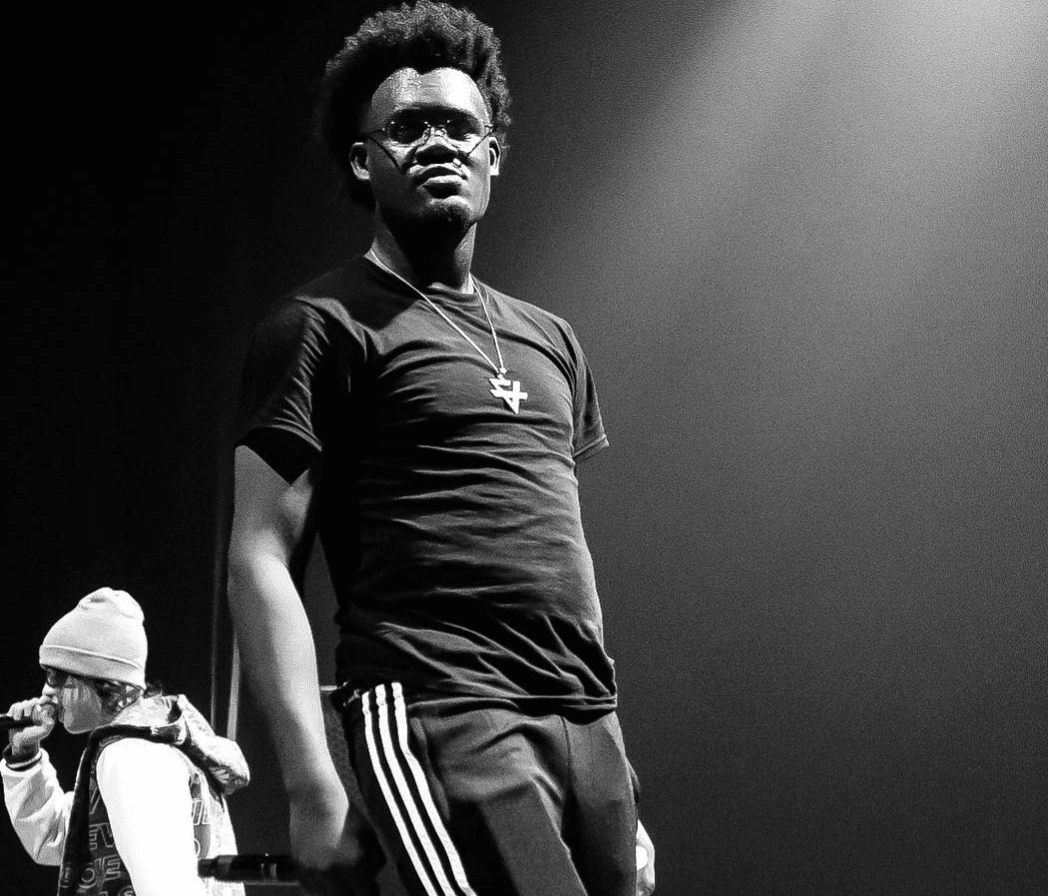 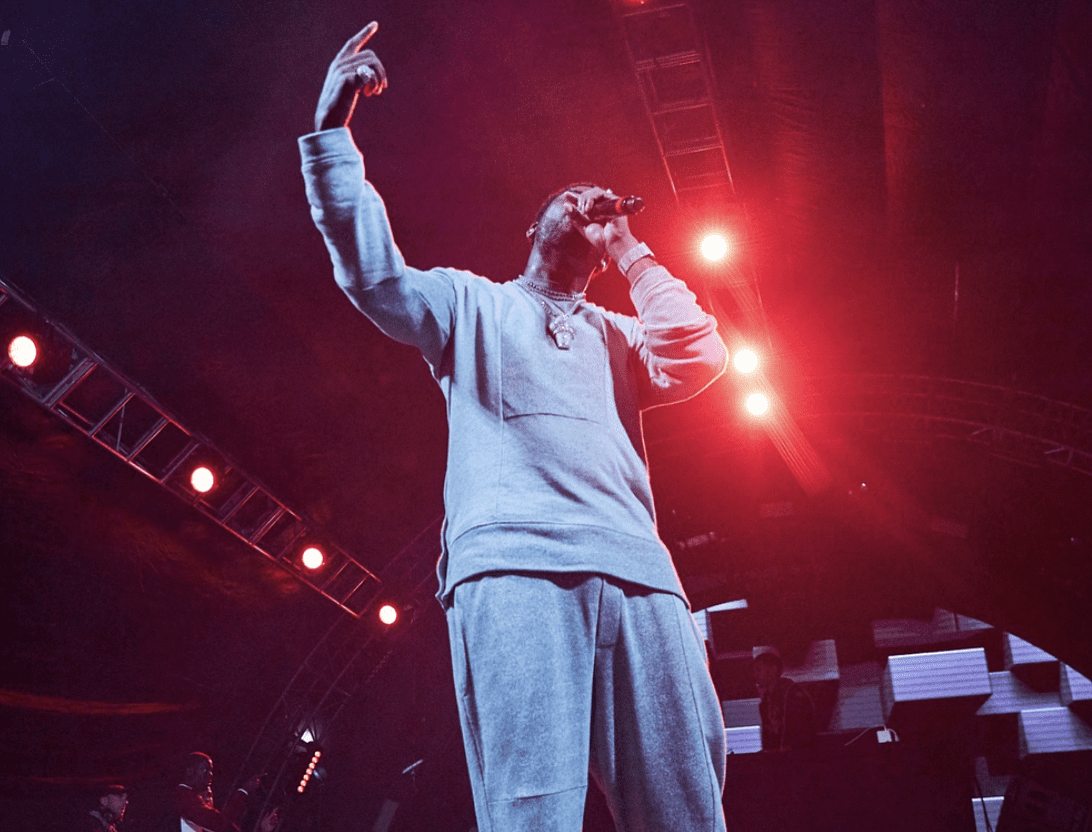