Best New Rapper Cozz Is the Sound of His South L.A. Roots 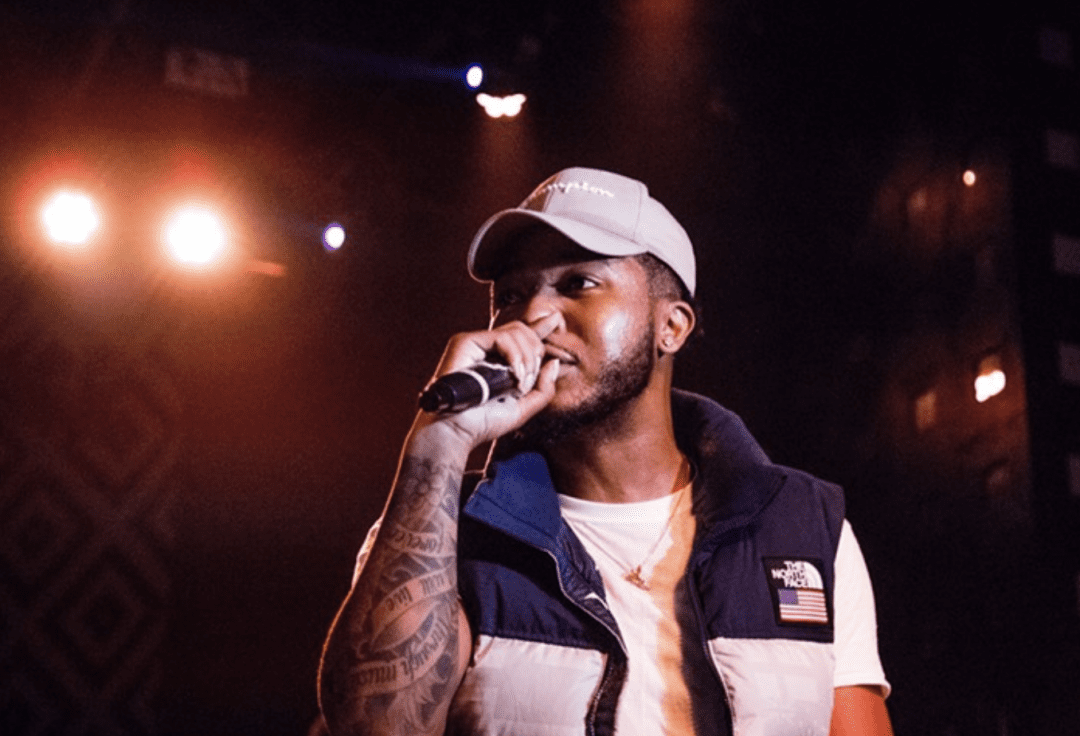 Signing to J. Cole’s Dreamville imprint proved to be exactly what L.A. native Cozz needed to push his talents to the forefront of the rap game. At only 24 years old, Cozz (real name Cody Macc) has offered further proof that the world’s most popular genre is here to stay.

As much as we love the club bangers and party anthems that have over the years defined the West Coast sound, we also can appreciate the real-life storytelling that these MCs relay in their lyrics. Born and raised in South L.A., Cozz has seen it all. His 2014 standout single, “Dreams,” sums things up nicely. Being from the ‘hood and working his way out of the streets the right way is an accomplishment in itself.

When asked exactly where he fits in today’s hip-hop game of mumble rappers and lyricists, he leaves it to the people to decide.

“I don’t know,” Cozz says. “I don’t really think about that. I have different sides and there’s only so much that is out. I got mad shit that I know I can do that’s not out yet. But I’m going to reveal to the world [eventually].”

“I would say you can definitely hear the West Coast, but it’s not just West Coast,” he says. “It’s a mix of West Coast and just me, personally, mixed with other forms of hip-hop. Just a real variety of things. My dad was Nigerian, so I listen to mad different shit. It’s just me. Not to even sound cliché.”

It wasn’t long before Cozz recognized the potential he had to emulate the very rappers he looked up to. Signing to Dreamville in 2013, Cozz was able to learn from the best, as he continued to dedicate his time and effort to perfecting his craft. In 2014 he released his debut mixtape, Cozz & Effect. With just one mixtape released in the 3½-year span since, fans rejoiced once news of a full-length project was finally revealed.

“I think it took so much time really because after Cozz & Effect, I went on tour for damn near a year,” he states. “Literally a year with J. Cole, on Cole’s tour. I toured for a very long time. On the road, it’s hard to work how you want to work. But I did drop that mixtape, Nothing Personal. But I don’t consider that … to me, that was just easy work. I finished it without really putting my effort and heart into it. With Effected, it took me a while to figure out what I really wanted to do. I had to get back home, mentally get right, and figure out what the fuck the sound was gonna be. It took time.”

Cozz set his expectations high in delivering the best album he knew he was capable of creating. Now, his debut effort, Effected, showcases a more refined, more mature, more “knowledged” Cozz than ever before. Aside from the notable features, this was 14 tracks that narrated his life experiences through a first-person perspective.

“Being from L.A., South Central specifically, you go through shit that nowhere else we go through,” he explains. “We got the gangland culture. Growing up in South Central, or any ‘hood, you have to grow up a little bit quicker. I’m not a stranger to [the street life], but that wasn’t my prominent thing. My mom kind of kept me busy, but I got a lot of street homies. I grew up in a very very … in the middle of the ‘hood. So I’m no stranger to it, but it’s not me. I’m from the ‘hood, but I’m not a ‘hood n***a, I would say. I got ‘hood qualities, but it’s way more to me than that.”

His is a story to inspire listeners to make something of themselves, no matter what circumstances they’re in.

“I just speak on life shit,” he says. “From my story, it’s not too foreign from most rappers’ stories. I didn’t have shit. I grew up with nothing. We were poor. Not poor to the point where we wasn’t eating at night, but we didn’t have it like [that]. And we was used to that, so it was never a problem. That was a reality: becoming a rapper in my household or just in people’s heads. So from my story, you should get that if you work hard enough and you got it, and you’re persistent, then you can do whatever the fuck you wanna do no matter where you from.”

Among standout records such as “Badu” featuring Curren$y, “Bout It” featuring Garren and “Zendaya” featuring J. Cole, it was Cozz’s “Hustla’s Story” featuring Kendrick Lamar that turned the most heads. Cozz reveals K. Dot asked him to be on the record, not vice versa.

“I got to be a fan, for one,” he says. “If you’re featured on my song, I have to really like you. I don’t do shit just because of names. Kendrick, of course. That’s a given. I was following him since high school, like 10th grade. I’ve been a fan of Kendrick since he was this Kendrick [old Kendrick]. So that was just a look. He showed love. He just heard the record and he asked to get it. He was the one that was like, ‘Yeah, I wanna get on that record.’ I was like, [whistles] ‘Do ya thang.’

“Cole, that’s a given,” he says. “It’s natural. I was at his crib in Carolina and we was working and that song [“Zendaya”] came about. Garren, of course. That’s my boy. We just got cool as soon as we met. We talk shit to each other and shit. He’s my boy and he’s talented as hell.”

Being part of the Dreamville family, Cozz finds himself among an elite of talent, fitting right in with Bas, Omen, Lute, J.I.D., EarthGang and more. With more hours shared together in a day than not, Cozz couldn’t even pinpoint his fondest memory on tour. He did, however, share some admirable characteristics about Cole.

“I was in Carolina and we went to some game. [Cole] was like, ‘You wanna go to the game?’ He just randomly hit me up. Like, ‘Wassup.’ He picked me up and we went to the game. Floor seats shit. He’s mad random, and that’s regular shit.”

And to be the best, you have to learn from the best.

“He’s given me a lot,” he says of Cole. “He’s given me advice about relationships, music, regular life shit. I don’t know. I could go on, but I’ma stick to the music. ‘No matter how big you get, just work like you still at the bottom.’ ‘Cause he does that shit. He works like he’s not Cole.”

For Cozz, there was no plan B. With no direction in school and no aspirations on a career goal, music was his only option. Speaking on his legacy, Cozz just knows he wants to be the best version of himself possible.

“If I’m the greatest I can be and I know I’m working my ass off, then shit,” he says. “Whatever pinnacle that takes me to, I’ll be happy. As long as I’m happy, I’m good.” 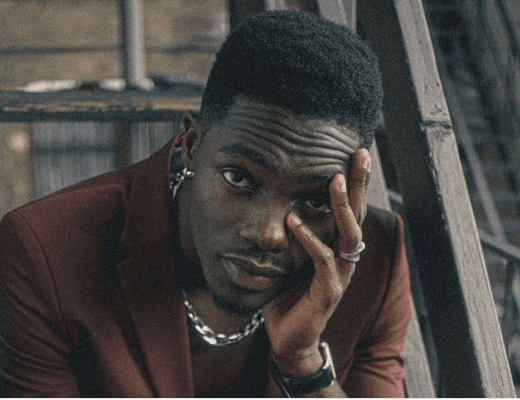 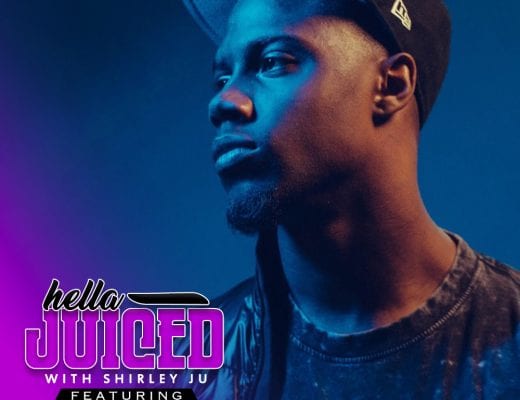 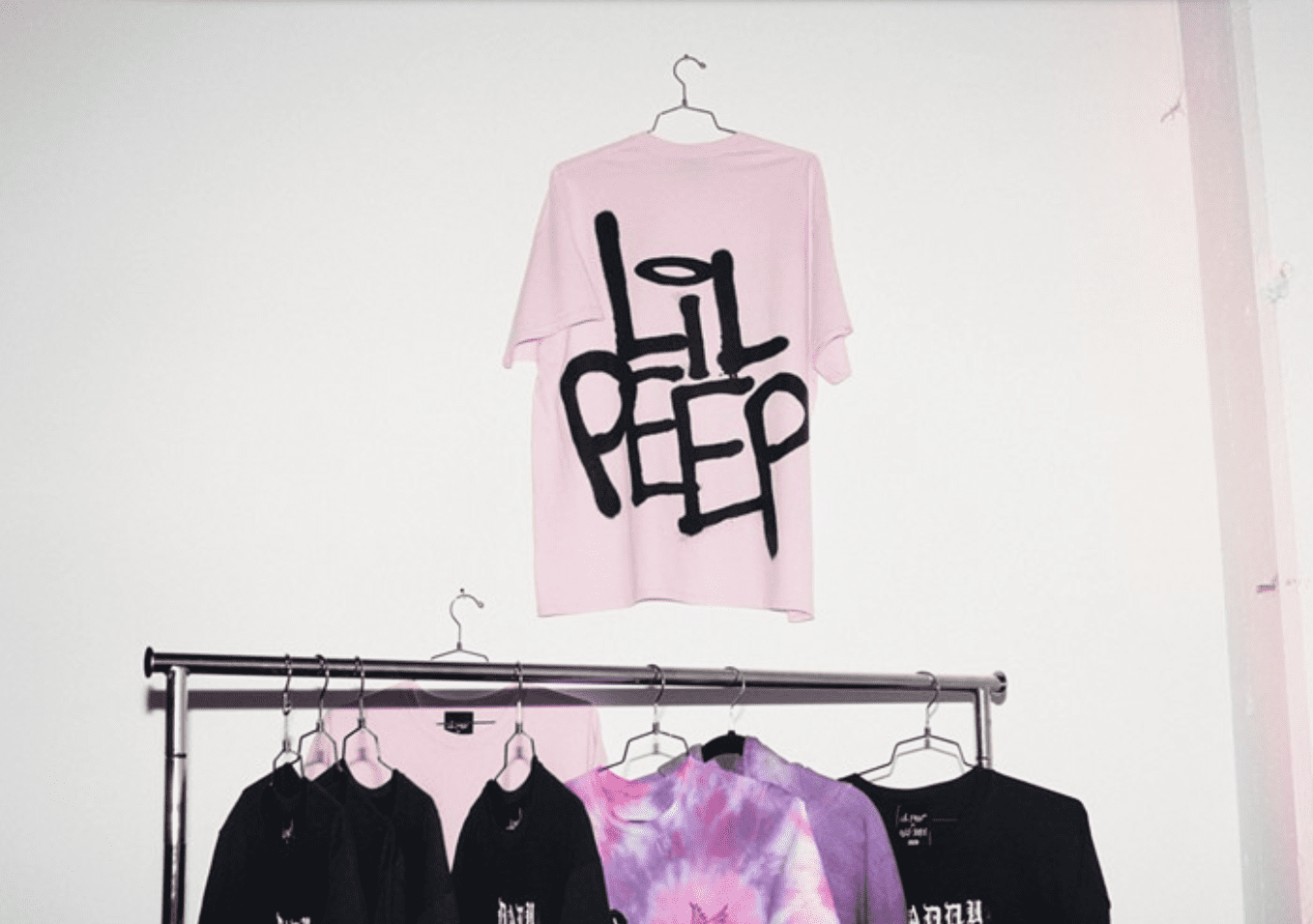