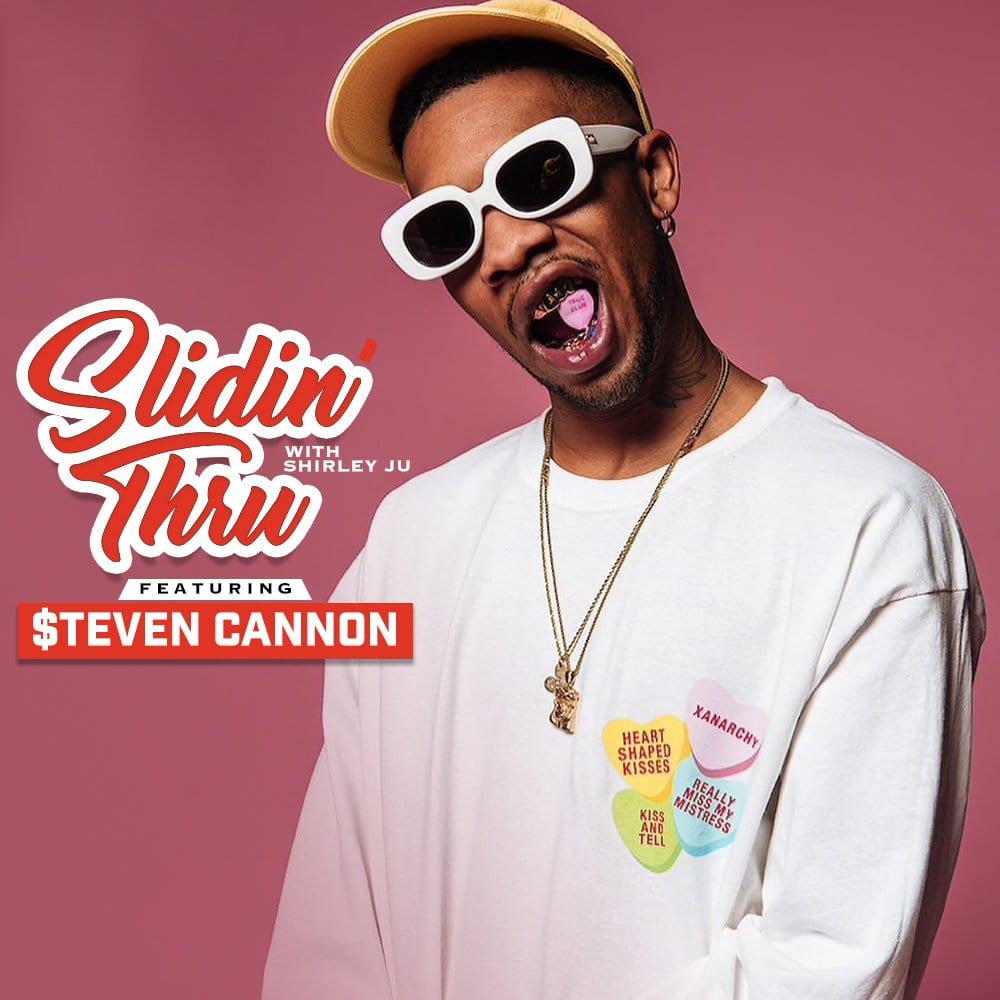 For those of you who are unaware, the XANARCHY collective is actually an anti-Xanax movement that raises awareness to the dangers of prescription drug use in the hip-hop community, especially following the deaths of Lil Peep and Fredo Santana. Alongside Lil Xan is best friend and co-founder $teven Cannon, who actually started rapping long before Diego did. Read more…

Cannon blew up online with songs “Dripped Out,” “Blue Dolphin,” and “Xan Man,” raking in millions of streams on SoundCloud alone. Building a strong following organically and independently, the Ohio native soon realized his dreams of being a rap star were attainable. Moving to Los Angeles to further his career, the 23-year-old shows no signs of slowing down.

For those who don’t know, who is $teven Cannon?
$teve Cannon is a co-founder of Xanarchy brand right now. My boy is Lil Xan. I’m from Ohio. Easy n*gga, hood n*gga, I just get it done however I can get it.

Where do you fit in the realm of hip-hop?
I say my music is more trappy. I’m more like a Big Sean-ish, kind of a man. I can be like a leader of the youth in a way, but I’m also on some adult, grown shit. I’ll find my place between Big Sean and Kodak Black.

You’re from Ohio, how does that play into your life and career?
Ohio was tough growing up. I would say it really affected my career because Ohio doesn’t really offer you anything, so I had move from Ohio to LA in order to get my shit going. But being from Ohio gives me that background that people like and I have a story to tell.

How important is it to come to LA as an up and coming artist?
LA is a big, big, big place for music. Everybody comes here for the music. Even the big stars that don’t even live here come here to visit, so eventually all the music ends up in LA. Being here was important for my career and a lot of people’s careers. How long have you been here?
Five years in August.

Talk about your friendship with Lil Xan. How’d you guys meet and what’s the dynamic like in the studio?
He was like a fan at one of my shows. He was first in line at one of my opening shows at Los Globos for like J. $tash or MadeinTYO or something like that. I opened up for them and that’s where I met him. But after a minute, somebody stole his camera, he was a camera guy.

That’s wild.
Honestly after he lost his camera everything went downhill, so he just got a face tat. When you’re at the bottom, you can only do shit to make you go more up.

Talk about your face tat, what does that symbolize?
So I have my lucky numbers over on this side. [points to the right] Then I got a bat up here [points to forehead], because I feel like bats are like next generation. You know how every generation has that thing that people like? So I feel like everybody just gonna do the bat thing next. Like Gucci is already getting into bats, Fendi’s doing the bats.

Bats are scary.
I have a crazy story about a bat. When I went into my cousin’s house, we went into one of the back rooms.They had just moved in there and there was a dead bat underground. And that wasn’t even the first one they found. Somehow bats were just in that house. It was kind of weird.

What’s the greatest memory you share with Lil Xan?
Oh man. Honestly he was the first person I hung out with that wasn’t in my inner circle that knew every word to my songs. So not even me knowing him, he knew everything about me. He knew every move that I was doing, what I was trying to do, what I should do — that’s just my fondest memory. One day I brought him onstage at one of my early shows and he just rapped my whole verse. This was before he had rapped.

What does the word Xanarchy mean to someone who’s never heard it?
Xanarchy means Xans are chaos. So Xan toward our movement, Pro Xan, after Peep’s death because it was so… Peep was huge to him. That was his biggest influence.

I went to his show at The Echo, that was just the most moving…
That’s just terrible. We just did a Peep documentary too. You knew him personally?
We met him one time at No Jumper, and it was like having a reunion. But that was the only time I’ve ever seen in person, spoke to him or anything like that. It’s super unfortunate, his death.

Last year, you released a 3-track EP titled InXanity. What do you want fans to get from your story?
I want people to understand the struggle I went through and to where I’m getting into now. At a point, I want to say my life was at a zero. Somehow, I just kept working and it popped off for me one day. I just want fans to know that if this struggle is real like everyone says it is, then why not get out of it? I’ve definitely been to zero: no money in my bank account, bills negative. Now I just worked harder and something changed for me. I show love to the people that showed love to me, and I came out on top.

At what point did you realize you wanted to do this rap thing?
Honestly when I dropped a song called “Xan Man.” This was like three years ago. Elevator picked up xan man and my life changed after that. It got unreal, I started taking rap more serious.

I was watching the music for “The Man” with Lil Xan. How do you go from AA meetings to fucking your dream ho?
That’s just the life we live as a rap star. [laughs] That’s the life we live.

The music video for the title track is at almost 4 million views. Talk about working with Cole Bennett and bringing that visual to life.
I’ve known about Cole way, way, way before we met up, and prior to that, he had shot that video for Xan, “Betrayed.” After that, the whole Xanarchy movement was going crazy. I want to say my manager, Stat Quo…

What the fuck, how did that happen?
We have a founder, his name’s DJ Fu one of the Ear Drummers. He found us in a bust down garage, and his business partner was Stat Quo. That’s my dad. [laughs] He helps.

Why’d they fire you at Home Depot?
Oh my god. Well I had a super past of being late, because I was not very thrived to my job. Right before, we had a search because the county — the head county Home Depot bitch came in and I had like a pound stashed in my locker. So they fired me on the spot, but at least they didn’t take the weed. [laughs]

What would you be doing if you weren’t doing music?
If I wasn’t doing music, I’m pretty sure I would be trapping. But I don’t know, I like to invest. I tried managing. I used to be super into blog writing. I was going to school for criminology and pre-law, but fuck school. I couldn’t do school. [laughs] What’s the best encounter you had with a fan?
I want to say I had a heartfelt moment with a fan on tour because they always say that… like a few people say that we’re the reason they’re here. Because they choose our music to listen to when something’s going bad. I remember this little girl, I couldn’t believe how old she was, like 16 or 17. She was like, “Yo, I don’t have anything anymore. I put together my last bread to come to this show.

I love Lil Xan, but you’re my biggest inspiration. We’re from the same city. We flew here to see you.” So I just gave her a hug, and she cried. I couldn’t believe it, like for real, for real. I live for that kind of shit.

Who’s the most played artist on your phone?
Lil Baby has a top spot at the moment. 03 Greedo.

Oh shit, I was at the Greedo show last night. Did you go?
I was about to go, but I was at the studio. I actually got to the studio right as that shit started so there was no way I was going to make it. But Greedo is definitely one of my favorite artist right now. I don’t even know who else… Key Glock. I like him.

Dream collab?
Dream collab, it would have to be like legendary shit. I don’t know, for some reason I always wanted to make a track with E-40, only because he just be spittin’. Don’t nobody spit like E-40. He just talks a whole different language. [laughs]

Is there anything else you want to let us know?
Stay motivated. Everybody should always pick something that they love and keep it going. Chase dreams while you’re young, and never let anyone less successful than you tell you what to do. 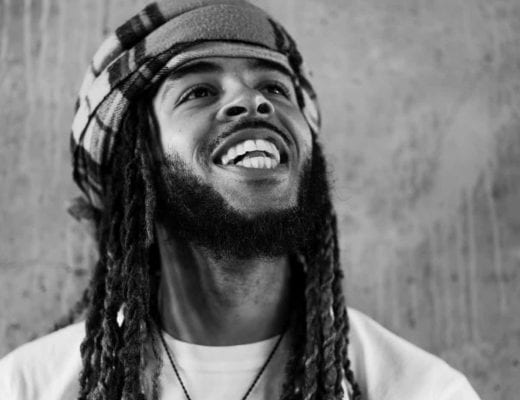 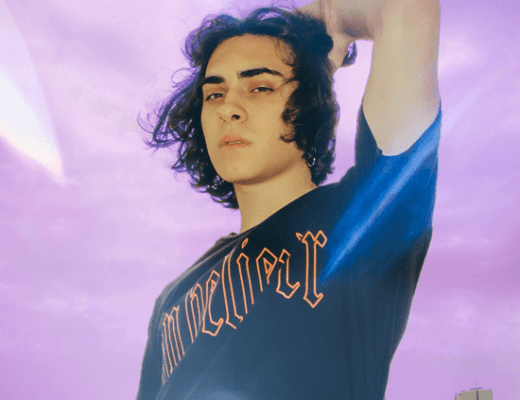