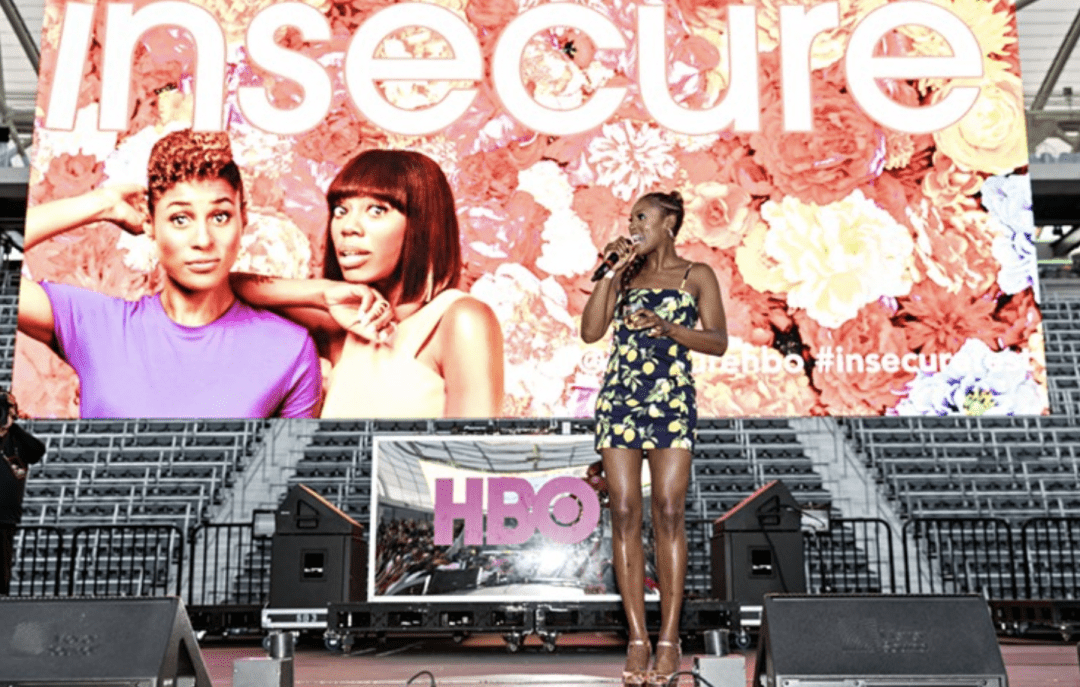 As fans of HBO’s Insecure prepare for the season-three premiere on Sunday, we are still thinking about the wild event HBO threw a few weeks ago, which not only provided a sneak peek at what fans will see when the hit show returns but might have been the ultimate summer bash experience. Banc of California Stadium in South L.A. (home of the pro soccer team Los Angeles FC) was packed for the celebration, dubbed and hashtagged #Insecurefest.

The enormous venue felt like a definite upgrade from last year’s Insecure Block Party in Inglewood, and apparently the show’s promo budget has kept pace with its popularity. Upon entry, guests received a wristband and not one, not two, not three but five drink tickets. This was going to be a rager.

Insecurity never looked so good. The entire arena field was covered with endless Insecure swag, merch and photo opps. There were free arcade games that earned winners tickets redeemable for branded water bottles, clothing, Pop-Sockets for your phone, and much more. There were free drinks and free food including enormous turkey legs, criss-cross fries and burgers — very backyard barbecue homestyle. The only downer was the lines, but good vibes made them doable. Everyone was there to turn up, dance and have fun.

The first artist onstage was Aminé, a rapper from Portland, Oregon, best known for his hit single “Caroline.” The show’s star, Issa Rae, is featured in his “Spice Girl” music video, as is Scary Spice herself, Mel B. Fresh off the ESPYs stage in mid-July, Jorja Smith followed, serenading the crowd with smooth vocals on music from her debut studio album, Lost & Found. In addition to songs like “Teenage Fantasy” and “February 3rd,” the British singer also did a beautiful cover of TLC’s “No Scrubs.”

2 Chainz was the grand finale, and he hyped up everyone in the venue big-time. He did “Big Bank,” “I’m Different,” “Watch Out,” “4AM” and a new single called “Ex Drug Dealer.” The crowd was dancing, screaming and singing along as if they were at a house party with friends rather than in a stadium full of strangers.

The music was on fire, but the screening was still the best part. Everyone seemed excited to be viewing the world premiere of the first episode of season three, weeks ahead of the airdate, and it was pretty special to be watching it with the cast. Yvonne Orji, Sarunas J. Jackson, Y’lan Noel and Rae herself, who gathered at the black benches in the front section along with celebs including Karrueche Tran and her boo Victor Cruz, DeRay Davis and Lil Rel Howery.

As for the new season, all we can reveal is this: Issa working as a Lyft driver is a hell of a ride. The show is more entertaining than ever, from the plot to the stars to the music to the drama. It’s relatable, too. We all have moments when we feel insecure but, most of the time, we try to let that feeling go and just enjoy life. The show’s epic party was definitely a time to do the latter. 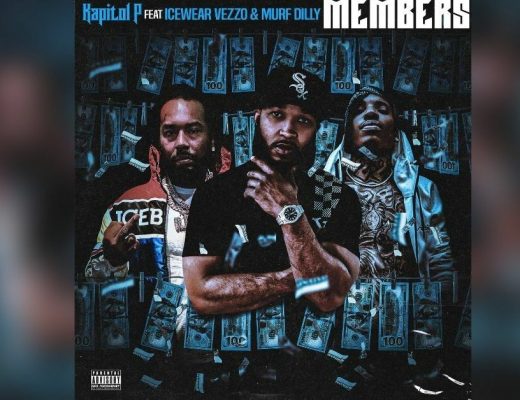 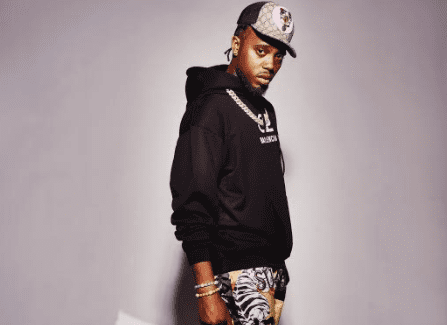