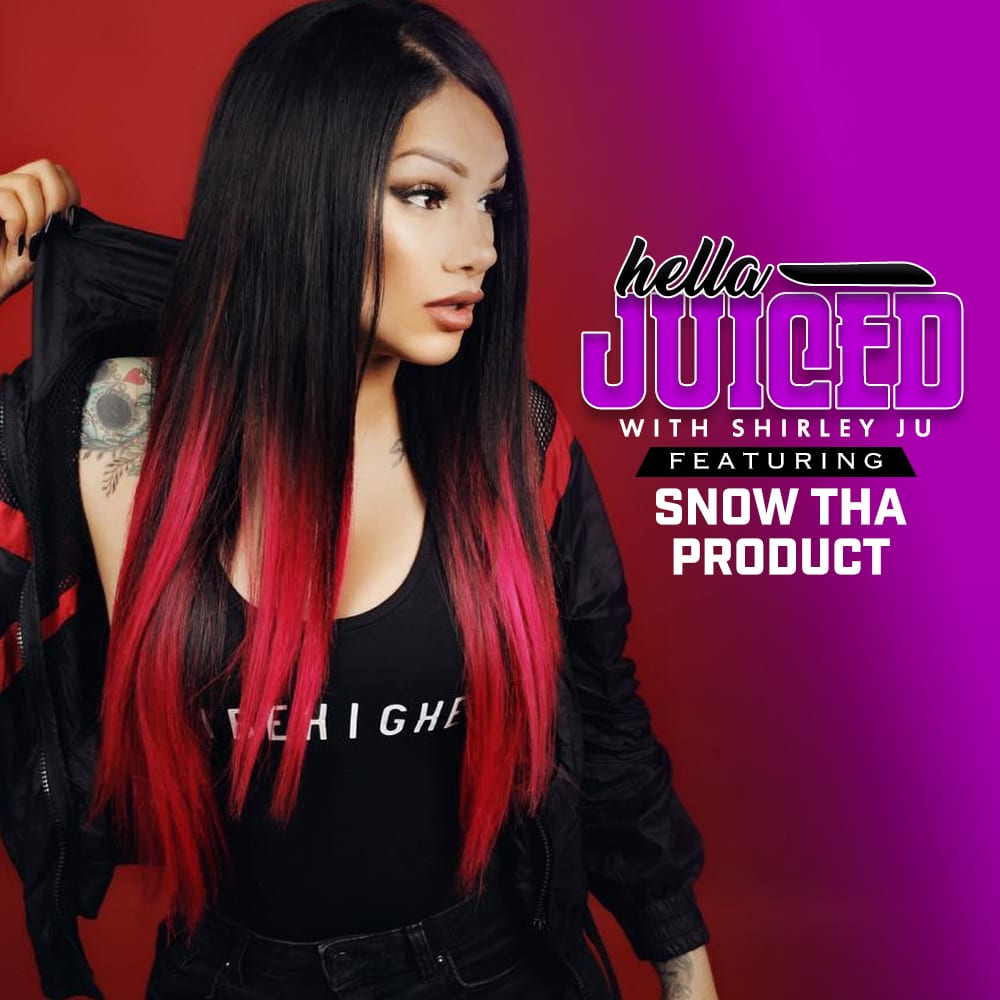 Snow Tha Product is not only putting on for all the badass female rappers in the game, but she always holds it down for the West Coast. Whether she’s rapping, singing, dancing, or acting, she’s entertaining — in her own lane, on her own terms. Her palette ranges from party music to politics, and everything in between. Read more…

Hailing from San Jose, real name Claudia Alexandra Feliciano proudly puts on for the Mexican community, building a cult-like fanbase through her realness alone. Beyond the music, Snow is here to deliver a deeper message of positivity, hope, and self-love. The words “Vibe Higher” speak for itself.

I love your song “Myself” featuring Dram. Can you talk about the process of making the visual?
It was really fun! We had the giraffe and all that stuff. I got a lot of treatments for the video, but I really wanted something that I was going to have fun shooting. ‘Cause I shoot a lot of music videos and sometimes they’re not so fun. I was like, “I really want to have a good time. I really like this song.” And it ended up being really fun. We actually had real tacos and a real giraffe, and it was really fun.

That’s what I wanted to get across, and also the storyline of me being Mexican and being in San Jose and being a nobody, and then now feeling like I’m coming into my own success. It’s pretty cool.

The video has over 1 million views. Did you foresee it blowing up like this?
No. I honestly lately have just been putting out music and not really looking out the numbers.

I love how you had that San Jose footage in the beginning How does being from the Bay play into your life and music?
Even though I moved out of San Jose fairly younger, I still feel there’s something in the water. Obviously, all of my family still lives there. I go there for the holidays. But there’s something to be said for Northern Cali girls. Specifically girls have this different thing about them that you don’t find anywhere else. I feel like Bay Area dudes, you could also still find some of those characteristics in dudes from other places, but girls specifically from Norcal are different.

How important do you think it is to move to LA as an up-and-coming artist?
For me, it was specifically important because I was living in Texas, and it was just so far. Opportunities are here. Once you live in LA, somebody can just hit you up on some random like, “Hey! There’s this going on.” So then you just go. I like LA between it’s between San Diego and the Bay. My family can come and visit me without necessarily having to go through the border thing. [laughs]

You also linked with OT on “Help A Bitch Out.” Can you talk about being a strong Latina female in an urban male-dominated industry?
It’s crazy because dudes are douchebags, even when they aren’t trying to be. So as a woman, you have to know how to navigate through that, and also not being offended that some people are just too dumb to understand that they’re being offensive, or being sexist.

I’ve had to teach this with to some of the girls that work with me, I have to be like, “The thing this, we can’t forget we’re girls.” At the end of the day, you’re not going to sit here and always argue every single thing and say, “Well I’m a woman and it should be fair.”

You just have to work hard and you just got to know, for us to for to get acknowledged, we’re going to have to work harder. It’s like being Mexican. A lot of times I feel like because I’m a Mexican girl that happens to rap, I have to work harder that much harder and work that much better for anyone to even care. I’m glad I’m Mexican and I’m used to working hard anyway.

You’ve been in the game for a minute. What’s your take on the music industry?
Music is music. The more accessible it is, the more people are going to like what they like. You just have to roll with it. As much as there’s negatives on it being so easy to make music, there’s also positives. Nowadays, if you can really just work hard, you’ll get one. You’ll get something. You’ll find a fan base. You’ll find a niche. There’s so many tutorials on YouTube. What did you do with your first advance?
I went to Goodwill and bought a couple things, because I grew up right around the corner from one and they always had dope stuff. That literally was my first purchase. After that, I bought a bunch of stuff, like cameras. I literally just invested and then I flipped it.

Talk about your brand Vibe Higher and how it came about?
Vibe Higher came because I’ve had Woke forever. There was obviously drama with Woke and the word and the fact that I own a trademark and all these crazy things. To me, it was getting very annoying that people thought I made a brand based off anything other than me knowing how to build a brand. So I was like, “We’re going to vibe above this and we’re not going to fight things. We’re going to move up and show people what we do.”

Just in a couple months, Vibe Higher was doing just as good as Woke. I feel like people weren’t respecting the fact that we built a brand on the same energy that Woke was built on, which is be aware, be awake to opportunity, step to it. It’s all been in positivity, so when people try to bring us down and be negative, I just swerve that and just go up. I feel like that’s the whole basis for both of the lines, and now they’re both doing good. So honestly, whoever was hating can suck my dick.

What is your favorite song to perform in a set?
I love performing “Myself,” usually that’s at the end of my set. I love performing my old stuff. “Get Down Low” is fun. And this song called “Gettin It,” because we always crowd surf to it.

What would you be doing if you weren’t making music?
Shoot, I don’t know. I wanted to be a psychiatrist or a social worker, and do counseling. The only reason I really made it anywhere was literally because of counseling. A lot of time we’re traumatized by our own family, so we make it in spite of them. That would have been dope. Or just public speaking or teaching. What’s the best encounter you had with a fan?
Man there’s so many.

I know, I feel like you’re fan base is loyal is hell.
Yeah, they are. So when they tell me, “I’ve been to 13 shows!” or they follow us, that type of stuff is dope. I’m not that famous, I’m not huge, I’m not on the radio or anything, so when people really care that deeply… or they give me care packages. They’ll be like, “Oh I saw you were down on your Instagram.” They give me things like tea, candles, or self-care shit. They’re like, “You need to relax.” So it’s cool, they really take care of me.

Who’s the most played artist on your phone?
Drake. [laughs] I fucking love Drake.

Dream Collab.
Drake. I’m just kidding. Shit, anybody that I grew up listening to. I love Missy, Lauryn Hill, Wayne — they’d all be a dream collab.

Anything else you want us to know?
Come turn up! 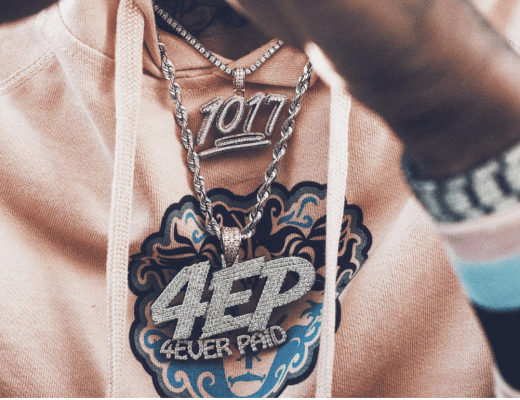 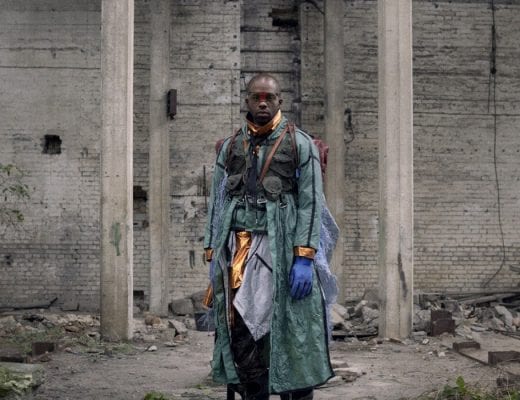 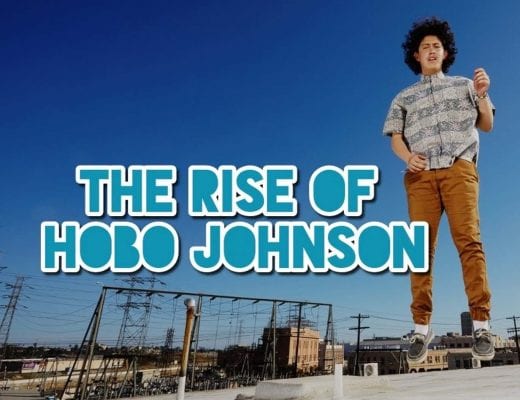