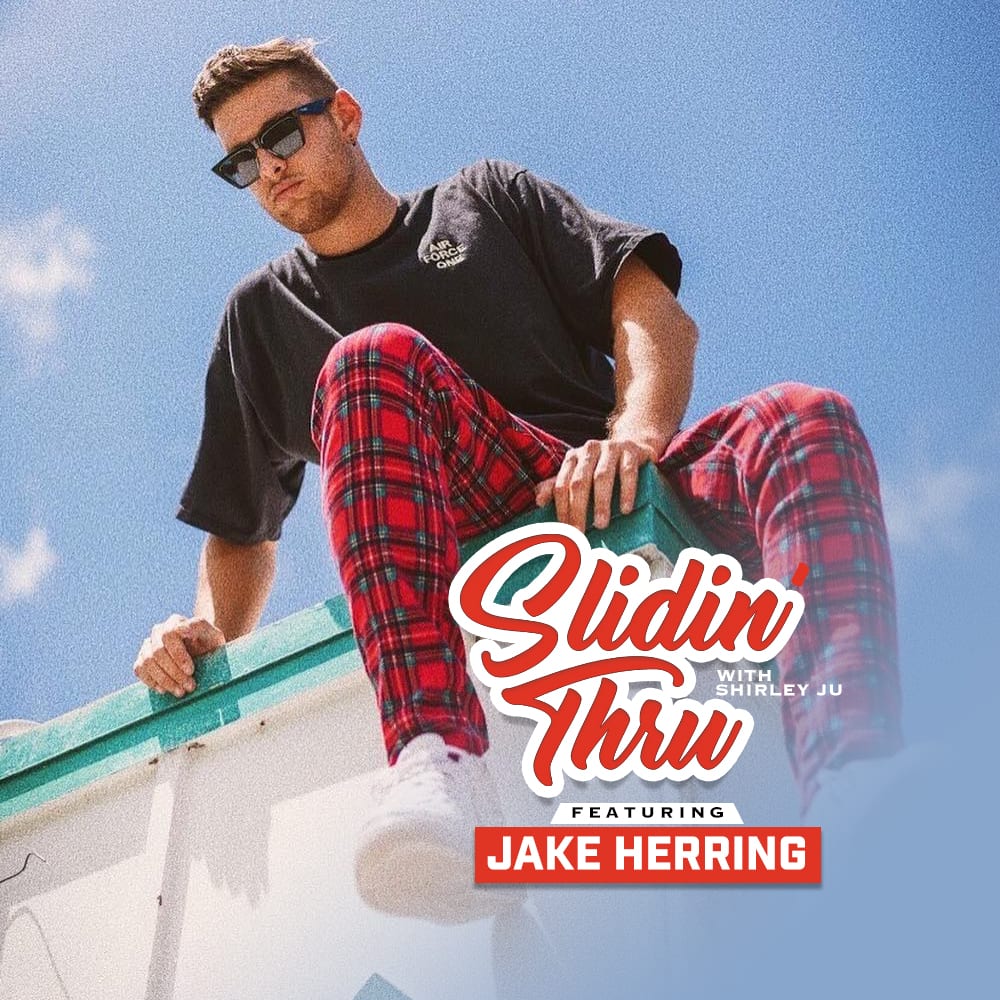 Hailing from Florida, Jake Herring is creating his own genre called Urban Pop. His sound is captivating and unique, as influenced by his roots as a Folk artist. Picking up a guitar at just 8 years old and songwriting/swinging, music was always in the picture. At 14 years old, Jake found his passion in singing and songwriting, using music as an outlet to express his deepest thoughts and feelings. Read more…

Following a successful release of his single “Miami,” Jake is ready to rewrite the lyrics to fit his new home in Los Angeles.

For those who don’t know, who is Jake Herring?
A sexy 6’6” Caucasian male who loves to play basketball. I grew up playing sports. Singer/songwriter, I do a little rapping here and there. I love fashion, absolutely love fashion.That pretty much sums me up.

You’re from Florida, how does that play into your life and career?
I love Florida. I love LA, don’t get me wrong. I’m absolutely obsessed with LA, but Florida is obviously my hometown. It’s Fort Myers, Florida, which is on the west coast of Florida. My good friend and executive producer is DVLP, who’s from Miami. Florida played one of biggest parts of my life because that’s where I really started my music career, in the Fort Myers/Tampa/Clearwater area. I did a lot of my music that I’m going to perform tonight in Florida.

How important is it to come to LA as an up and coming artist?
I love LA. Zoey’s laughing at me. [points to my right] Coming as an upcoming artist, it’s amazing. It’s absolutely amazing. I had my plans. I’m around the right people, I’m with Transcendent which is under Universal Music Latin Entertainment. Coming to LA really by the first month, second month, I was already being offered a writing deal. You meet so many of the right people and I feel like that’s so, so important in music, to be surrounded by the right people and obviously have the right product. I love LA. I don’t think I’m ever gonna move from LA in the next 30 years, until I have a family and stuff. Wait so you do live here?
Yes, I’ve been living here for the last 5 months. I just went to Florida for the last month of July because I had to help my mom.

Talk about your performance at #TheBasement tonight and what it means to be on the bill.
It’s great. Thank you, Ericka. Thank you, Zoey. Thank you, Malik. Thank you, DVLP. I’m stoked. I haven’t performed in 3 years, to be honest.

Why?
I started as a Folk artist in acoustic music, so I took a huge break from performing because of not being comfortable with where I was in music. I love Folk music and one of my biggest inspirations was Crosby, Stills & Nash, Jackson Browne, John Mayer, all those guys. Really, I took a 3-year break just to find myself and I didn’t want to start doing shows until I have a whole project to put out there. Be like, “Here’s 5 or 6 songs,” instead of just a single that I’m gonna tell people to check out on Spotify. But it’s been 3 years so I’m stoked. I’m fucking hyped.

You mentioned you played basketball and all this other stuff. At what point did you realize music was forreal?
Probably 18.

I was listening to “Miami” which has you touching on some personal feelings. Can you talk about the inspiration behind this record?
I’m gonna leave it short and sweet. Before I came to LA, Miami was my baby. Because I grew up in a very small town, just going to Miami was like, “Holy shit, this is amazing. This is everything I ever dreamed of.” It was a big city. Really, it was just the battle of loving a city so much and having a girl that was back at home. That’s really what it was about. It was a funny period in my life. Your debut EP Little Mess was received with critical acclaim, what do you want fans to get from your story?
Man, Little Mess. My music now: Life is a party and just roll with it. It’s amazing. You’re gonna have your ups and your downs, stay positive. Go through life enjoying every fucking moment ‘cause if you don’t, you’re gonna get left behind. You’re gonna be 80 years old and you’re not gonna know what happened.

But back when Little Mess came out, I was in a super depressed time. The whole reason I made Little Mess… I had been so messed up with being in college and not doing well. I wasn’t doing well ‘cause I was stupid, I wasn’t doing well cause I didn’t want to be there. Being in college and not doing well and telling your friends who you thought were your friends like, “Hey, I’m gonna do music. I’m not gonna be out partying every Thursday and Friday and Tuesday,” I kind of just went into this depressive mode. That was really me expressing a little mess that I created into a big problem.

How important is social media for your career?
I love social media. I’m a huge fan. I hate it and I love it at the same time. It’s very important. I take my Instagram super seriously, follow me @IamJakeHerring. I love fashion and photography. I’m actually trying to start another Instagram account which is undisclosed, but that’s just for me to carry around a film camera around. A little Fujifilm camera and just take pictures of my friends. Social media is very important. I think for every young artist, whether in music, art, painting, acting, whatever.

Did you know people when you came out here?
I did. When I first came out here, I didn’t. but I ended up coming with a great group of people, who I work with. They ended up introducing me immediately to the right people, so I never really got the superstitious… I don’t know, what do they say? Fakes vibes in LA.

What is your take on the music industry?
It’s ruthless, but it’s like any other industry. I think that sports, we just don’t see it, but it’s ruthless. Obviously, you see some of it. But I think every industry on the backend is very, very competitive no matter what you’re in. But at the end of the day, I’m surrounded by a whole bunch of musicians, producers, video directors that all want the same thing as me — to make beautiful products, whether it’s music, videos, paintings. I love it, but it’s ruthless. What’s a normal day in the life? Walk us through.
Lately, I’ve been on my fitness grind. A normal day is wake up around 8 or 9am, depending on what I did last night. I usually don’t sleep as much. I try to work out for an hour, then I try to eat my meals.

Are you a clean eater?
I have been lately. When I first came to LA, I wasn’t because there’s so much great food out here, so I was just eating everything that I saw. I eat, shower, and go directly to the studio. I’m always in the studio, always working. I love making music. I’m a songwriter as well, so I’m always cutting records whether it’s for me or somebody else.

What’s the best encounter you had with a fan?
I was at a restaurant called Twin Peaks in Fort Myers, and this guy (he was like 24) was working at the bar as a bartender in a packed restaurant during football season. It was a super dope game, and he literally left the bar, got yelled at by his manager, came to my table and was like, “Dude, are you Jake Herring?” I was like, “Yeah, I am. This is me dude.” He was like, “I’ve been following you on Instagram. I love your music. I’m friends with blah blah blah.” That was the best moment for me, just because I saw him literally get in trouble. It was hilarious to me. I was laughing. His manager was yelling at him like, “Why’d you leave during a packed night?!” He was like, “Yo! That’s my boy over there.” I loved that. That was my favorite part.

3 things you need in the studio?
1) A vibe. 2) Some fucking friends, please. I love being around people in the studio. I can work alone as well, but I love being in the studio around great people and friends. 3) I’d say give me some water, please. I don’t smoke anymore, I used to smoke a ton. I stopped ‘cause of some health issues, and I think I smoked a Wet Jimmy one time. I got fucked up. So a vibe, friends, and just some water to keep my throat nice. Who’s the most played artist on your phone?
Right now, Quentin Miller.

That’s my guy!
“Values” is just my favorite song right now off of his new album. He’s amazing and so talented. I got put on when he came out with “Potential.” One of my really good friends put me on to it. Shout out Markus Riviera, if he ever sees this!

Dream collab?
Quavo, Justin Bieber, and Snoh Aalegra. Shout out Snoh, she was supposed to come tonight but couldn’t make it.

What advice do you have for an aspiring Jake Herring?
Keep going baby! Positive outlook on life at all times. Even in the most negative state of minds, keep going, push, and just have fun! From Jake to Jake: have fun and love what you do. Happiness is the most important thing. 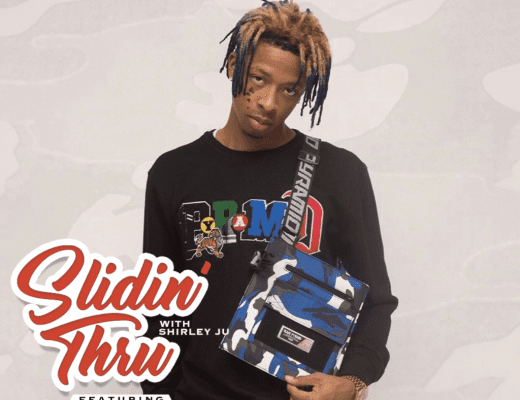 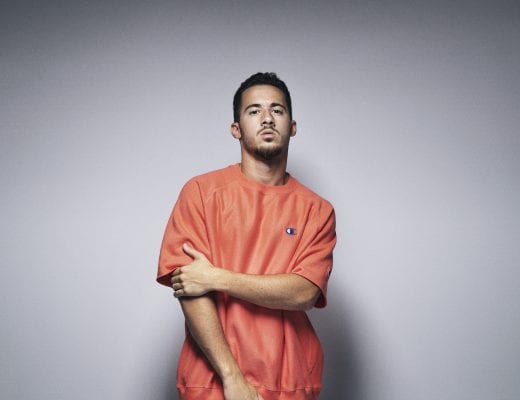 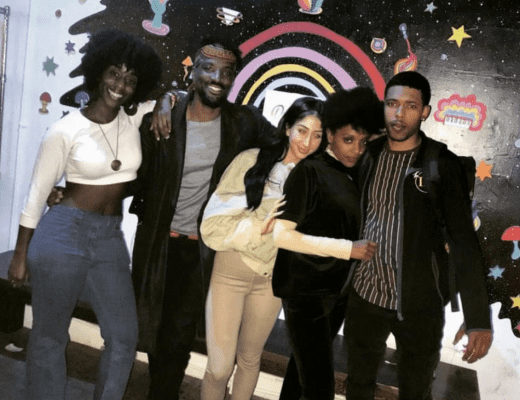