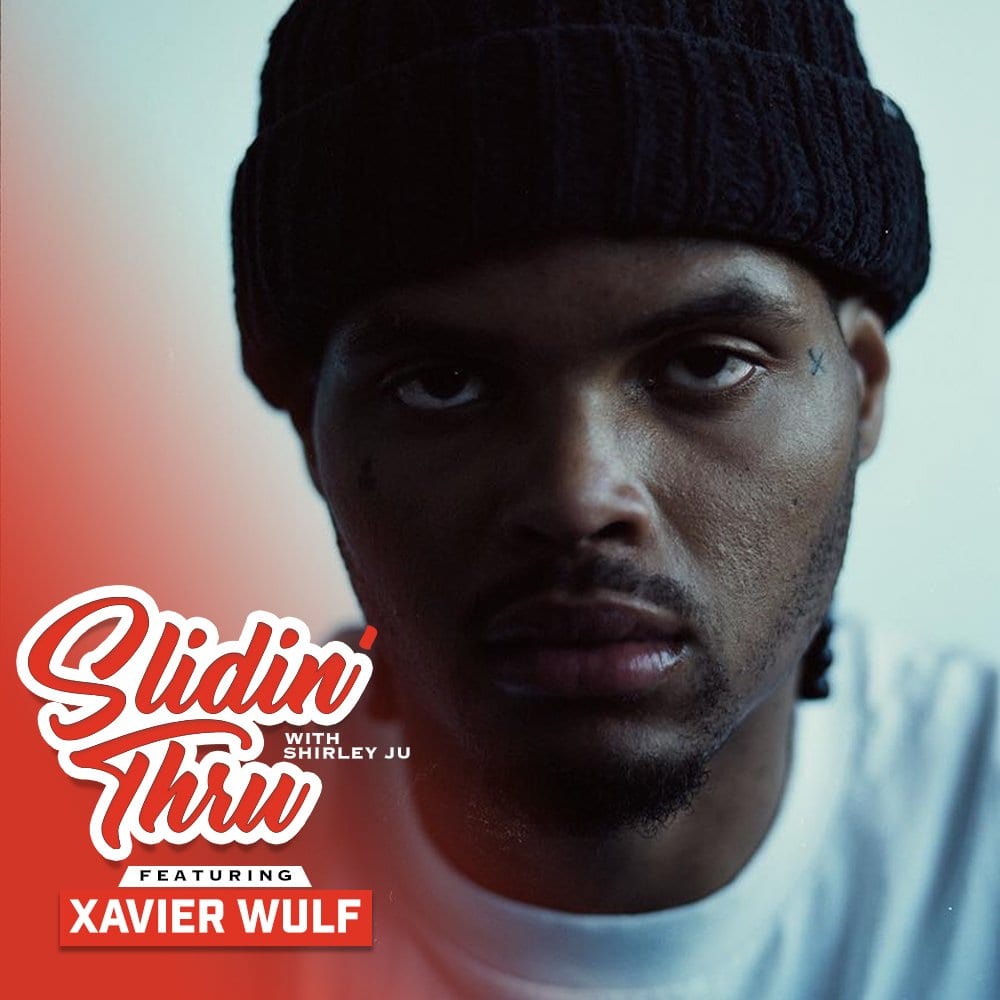 Xavier Wulf is one of the most lit artists I’ve ever seen perform, and I’ve been to enough concerts to last a lifetime. Hailing from Memphis, the rapper formerly known as Ethelwulf proves he can bring that same exact energy to the city of Angels. There’s no standing around at his shows, you wouldn’t fit in. Read more…

With his spitfire flows, raw lyrics, and melodic production, the 25-year-old is paving his own lane — with his cult-like fanbase right behind him. Xavier isn’t worried about what the next person is doing, he’s just worried about feeding himself, his family, and his supporters. With his newest project, EAST MEMPHIS MANIAC, he lives up to the name, delivering 10 explosive tracks that live up to the mayhem.

For those who don’t know, who is Xavier Wulf?
I am an artist from Memphis, TN. I live in Los Angeles now. I’m a part of the SESHOLLOWATERBOYZ collective — that’s myself, Bones, Chris Travis, and Eddy Baker — and I like to do music.

Where do you fit in the realm of hip-hop and R&B?
I’d say right in the middle. I got some R&B, I got some hip-hop, I got anything that anybody wants. I just do my own thing, honestly. It’s up to the people that listen – that’s really what it’s about. When they listen to my shit, they can think whatever they want to think. Whichever world they might be in. It’s all up to their imagination to do what they want with it.

You’re from Memphis, how does that play into your life and career?
I definitely, without even knowing, developed a certain attitude that I didn’t know I had until later on in my career. Just growing up the way I grew up and being taught the stuff I was taught about certain shit, so I’m grateful for that. I’m grateful for my attitude. I’m very logical most times. [laughs] Don’t start shit won’t be no shit-type shit.

I’m genuinely curious, Young Dolph or Yo Gotti?
I fuck with them both. But music-wise, I’ll probably listen to Dolph. How important is it to come to LA as an up and coming artist?
It’s very important. I knew real early in career. My first trip out here was to just fuck around and see what it was like. I realized how the kids out here, or the people out here who like to do parties and have fun, are more open-minded. They want to turn up as much as anybody else so at the shows, it’s always a different type of feel. At some places, the type of people that go to shows in their city just kind of stand around. A lot of different crowds have a lot of different type of attitudes. But LA, for the most part, these people like to turn the fuck up.

I think it’s just your fans. I’ll be at shows in LA and no one’s dancing.
Yeah, I guess it depends on who’s there and what kind of people they attract. But luckily, I attract the kind of people I attract and they turn the fuck on.

What’s your favorite part about Los Angeles?
The fact that I can go to the desert, the beach, the city, the hood, the hills, and the mountains all in pretty much the same day. That shit’s crazy.

EAST MEMPHIS MANIAC out now! You’ve got Madeintyo, Skepta, and a couple others, what do you look for in a feature?
I gotta really fuck with that person. I’ll never do a feature because it might look good or it might do numbers. None of that fucking matters. If I don’t fuck with whoever I’m doing a song with and I don’t think that their music and what they do is good, then I won’t do it. All the features on my tape are definitely hand-picked. I know each and every one of them personally. I fuck with them all and they all fuck with me on that type level. I’ve met all of them in person, we’ve all kicked it in person. No internet shit.

Talk about the dynamic in the studio with Skepta.
That was lit! Seeing him work was real exciting. We did the “Check It Out” Remix upstairs in my studio in my house.

In LA?
Yeah, in LA. Just to be up there while he was sitting on the couch just grooving and writing his verse, that was real tight. I didn’t tell him that but in my head I was like, “Damn, this shit is sick. I got my man Skepta right here.” Because I respect what he does. I respect his mind, and he respects mine too. That’s why we click the way we do.

I was watching the music video. Talk about recruiting YG & Rocky for cameos.
Skepta pulled up with them. Me and Big E were at a studio in Burbank, and we were gonna shoot the video around there somewhere, but we didn’t really know. We just told Skepta to pull up to the studio. He pulled up, but he pulled with Rocky, and I think YG and Mustard were already there. I met Rocky before, we were cool. But that was my first time meeting YG and Mustard. That was tight. They real cool. What is it you want fans to get from your story?
Be yourself. It don’t matter why nobody trying to tell you. If it ain’t what you want to do, then don’t pay attention to that shit. You gotta stay strong and tell your mind, and that’s how you become successful.

Congrats on Atlantic. What’s your take on the music industry now that you’re signed.
It’s cool, but I be low key. I just keep it low key. I don’t want my supporters freaking out thinking it’s… because it’s not like that at all. I’m just grabbing a hold of different resources so I can express fully what the fuck is in my brain, ‘cause I’m going crazy.

What did you do with your first advance?
Invested it. That part. That’s what everybody needs to do with any kind of check you get — invest that shit.

What do you want your legacy to be?
I just want to make the type of music I make and keep making people feel the way they feel about it. Hopefully, they stay with a clear mind and they become successful. I just want everybody to be successful, for whatever it is that they want to do. That’s all I’m trying to get people to realize: do what you want to do and be successful with it. Just have the right kind of attitude. What’s a normal day in the life? Walk us through.
Smoke, eat, go to my shop, Ikon. That’s my store on Melrose. I love that place. It’s @IkonLA on instagram.

You gotta get Jaden Smith up in there.
Deadass. Tell him to come through man. He’s definitely welcome. Everybody’s welcome. I remember when Justin Bieber walked in there one time asking for stickers. It was funny. He just randomly walked in there by himself like, “Hey, you guys got any stickers?” I was like, “Actually, I don’t.” I didn’t have any stickers for him unfortunately, but he was cool.

How often are you at the shop?
I’m up there damn near every day, at least for a little minute.

3 things you need in the studio?
Weed, water, and Woods. [laughs]

Favorite song to perform in a set?
I don’t know, we got a few. “Chaos Castle” is going to be my favorite, for sure. I do like to perform “Fort Woe.” That’s a good one. I’ve always liked performing that. And “Thunder Man.” I’ll never get tired of that.

What’s the best encounter you had with a fan?
I’ve had a lot of sick ass encounters with my supporters. The most recent one that was pretty sick: a homie bought me a sword. It’s the sword that I used in the “Request Refused” video.

It was real?
Yeah. Of course, he knew what he was doing. I had a kickback at my shop. He brought it up there and gave it to me. I was like “damn!” So I ended up using that sword in the video. Shouts out to him.

Who’s the most played artist on your phone?
At the moment, probably Chris Travis. His new tape Water World is sick as hell. I be playing that shit.

Anything else you want to let us know?
Memphis is in this bitch! We here to stay. Shout outs to everybody in Memphis, all sides. 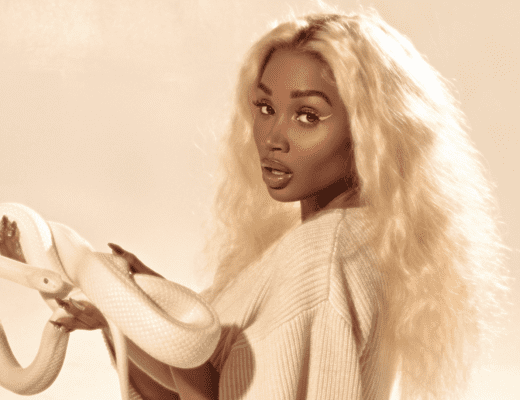 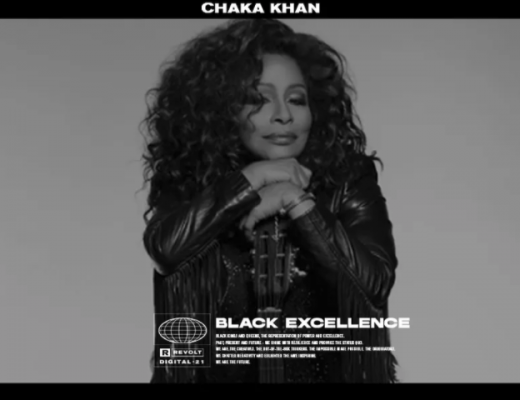 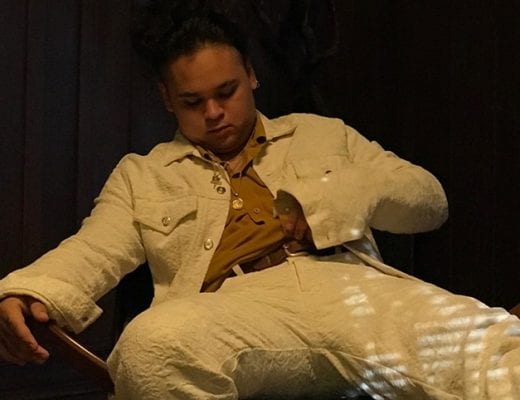