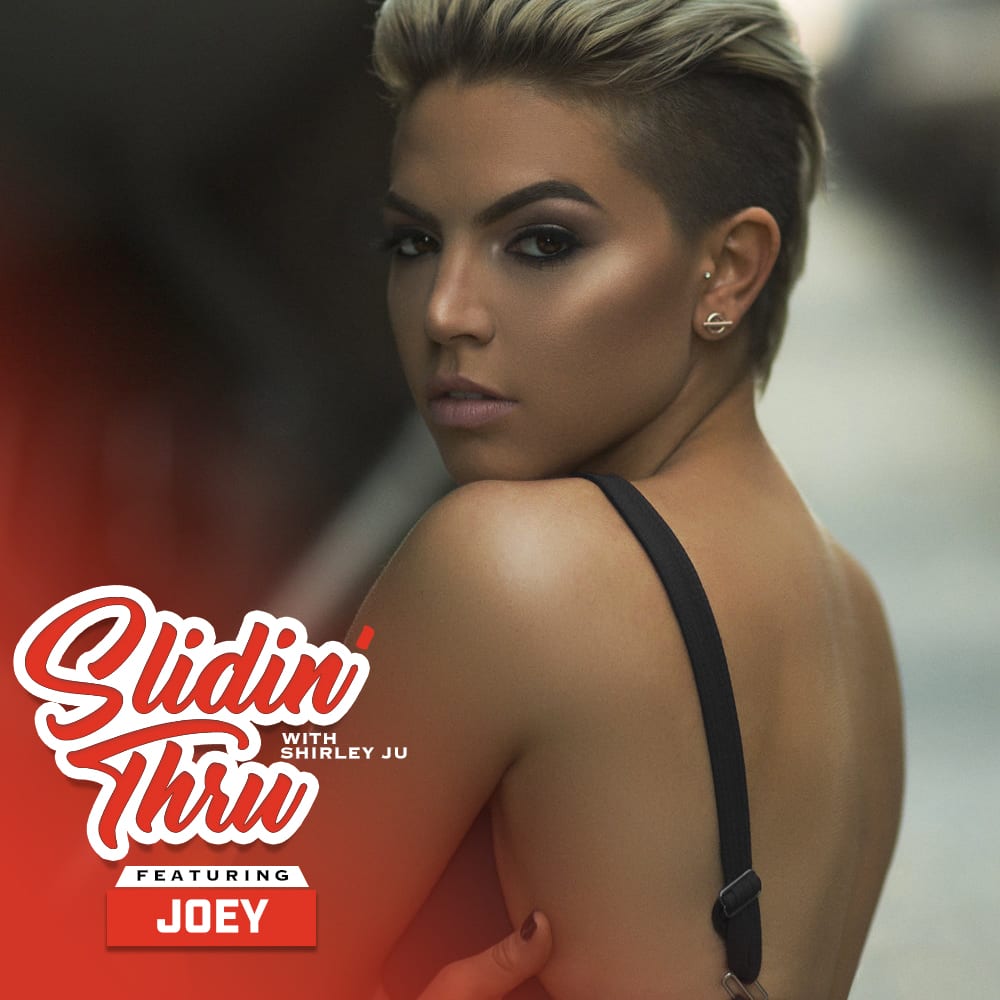 Introducing JOEY, where Australia meets America meets R&B, pop, and soul. When I first met real name Joey Djia, she immediately turned my frown upside down. Me, coming from a long day at work, and her, exuding such positive energy, I had no choice but to smile. Read more…

Minus the face that she had unintentionally brightened my day, the singer/songwriter comes equipped with a warm welcome that makes you feel like you’ve known her for years. The reality is, regardless of what she’s going through on the inside, JOEY is fully aware of the weight her artistry carries. She knows her potential to change lives with the touch of her voice.

In fact, she lets the music speaks for itself. For those who don’t know, who is JOEY?
I go by Joey Djia. I’m an Australian singer-songwriter that has a whole lot of emotions to get out of her system. I put words to feelings people can’t really articulate. I’m a whole lot of personality. I’m in LA and signed myself to a deal. [laughs]

Where do you fit in the realm of R&B and hip-hop?
I don’t even know! That’s crazy. Being Australian and always listening to the radio, I never thought I would be part of that culture. I never imagined living here. I never really identified myself or put myself anywhere. I just am. Somehow now I’m living in LA and working with a lot of urban, hip-hop producers. I don’t even know how I swing that because I’m this white Aussie chick, but I love it. I guess I’m just in it, with no real firm position on anything.

Being from Australia, how does that play into your life and music?
Foreign! People speak like “finna dip.” And I’m like “what?” It was hard to adapt in ways. People don’t think you’re that different because you speak English and you look similar, but the culture is different. It comes out, from the accent to the perspective to my nature. They say Australians are out there. We’re friendly but we’re blunt. You can tell in my personality and music that I’m not American.

How important is it to come to LA as an up and coming artist?
LA is this big melting pot of really excited and passionate people. Often, they’re the best from where they came from, so there’s a whole lot of opportunity. There’s not one person you can’t meet through meeting another person, who knows another person. But in this new day and age of online, you don’t really need to leave your bedroom to be a dope ass independent artist. The beauty in LA is the networking capability and meeting great spirits. You can balance each other, motivate each other. LA is challenging, but fun. When did you come here?
The first time I came was 2013, and I needed a Visa. I visited in 2009 briefly. I signed a deal when I was young and it didn’t go as planned. I have the typical story of people controlling me and not letting me eat. Making me run on a treadmill — that crazy type of movie. I never wanted to come back. Then I finally grew a pair of balls and was like, “I’ma do this shit.” I came back in 2013 and just figured out. Got a Visa in 2014. It’s been a good 3 to 4 years of figuring this place out, legally. [laughs]

How does your fanbase there compare to here?
I have pretty much the equal amount of fans in Australia and in America. But Australia has less people, so I’m recognized more there when I’m out as opposed to here. I haven’t really spent much time anywhere other than LA. There’s so many people here that my fans are kind of spread out. Whereas in Australia, the same amount of fans are more common to come across, if that makes sense.

Who are your biggest influences?
Man, I like everything. I do really appreciate artists like Ed Sheeran, Amy Winehouse, and Adele. Even though I grew up with India.Arie, Lauryn Hill. I love listening to Chris Brown in the R&B/hip-hop realm. I’m aiming to be more Adele meets Ed Sheeran, with an urban hip-hop little twang.

You recently dropped a record called “Don’t Love Your Friends.” What was the inspiration behind this?
[laughs] I had a drunken night with a good friend who’s also an artist. It really threw off a long and stable friendship. It was just this whole thing of “look, just don’t fuck your friends.” It’s the PG version of “don’t fuck your friends,” to be honest. We didn’t speak for ages until today actually. Today was the first day we spoke.

What is it want fans to get from your story?
I speak about what I feel. I think it’s important when you’re going through life to put words to what you’re feeling so you can overcome it, understand it, and progress. I want people to look at me and understand it’s okay to be vulnerable. It’s okay to evolve. It’s okay to love yourself first, before you try to get love from somewhere else. I’m all about that corny stuff, but it’s important. That’s what I want to get at. For men too, relax. It’s okay to be vulnerable.
Girls, stop seeking for your answers outside of yourself. Figure your shit out. We all go through it, so I love speaking about relationships and all that.

What are you working on now, a project?
I’m working on an EP/album. It depends on how I go. I’ve got so many songs, I just keep creating and making them better. A lot of music videos. I’m also songwriting lately, for some artists.

Are you able to say who your songwriting for?
Not really. I mean, I might head to a Tinashe session tonight. You can say who I’m writing for, but you know what’s it like. You write these songs, but you don’t know where they’re gonna place. You can say, “I’m in the room with so-and-so,” but you don’t know if they’re going to use it or not. I’d rather people just see it when it happens. But it was cool to be in with Tinashe the other night. What are some goals you have for yourself as an artist?
Keep progressing. Keep connecting with more people. Keep making a difference for the better. You get caught up on the Instagram shit. You look at these chicks and there’s no meaning to what they’re doing. They got such big platforms, and they aren’t making any difference in the world. So the same way when we met and you smiled, I want to have that impact on a big amount of people. I want a tour. I know it’s not an artist thing, but I want to release a book that I’m finishing writing. I want to sign a couple producers I’m considering, sign a couple artists, create a template for people. ‘Cause I went through a lot to figure it out. I wasn’t raised in the music. Somehow, I left my country, dropped myself in this country, and figured it out.

What is your take on the music industry?
It’s important to have talent, but it’s so much more important to have resilience. I’m sure you know that. To be able to bounce back from getting a “no,” and getting a “no” again. And getting it 10, 20, 100 more times. To get a “no” in front of people and still be able to bounce back. To know how to figure out who you are, figure out what you stand for, and how to respect people on your way up and on your way down. It’s all about the journey. That’s a big thing too. I’ve learned in this industry that people obsess about a figure or amount of money, or a goal, but it’s about the journey. Too many people get there and then they’re so lost. The industry is pretty much a big playground. You just have to be yourself and treat people well, and you’ll love it.

What’s a normal day in the life? Walk us through.
I don’t think I’ve partially lived the same day twice. I like to work out. It’s that or I want to kill someone. It’s a big part of my day. Just meetings, sessions, writing. I put a studio in my place now, so I meet up with videographers and photographers. I put together treatments and connect with brands. I FaceTime my family, and try to make my bed. I feel like if your bed’s made, you’ve got less problems in the world. [laughs] I have a random life: lawyers, Visas, business managers. It’s always never ending

3 things you need in the studio?
Food, water, and good energy.

What would you be doing if you weren’t doing music?
Doing music. [laughs] I’ve had 31 jobs and studied like 6 degrees. I’ve tried it all. I’m just stupid creative. I’ve studied accounting, forensic science, teaching. I’ve tried Bachelor of Music, which was super boring as shit. Because they took what’s fun and made it annoying. I’ve worked fish markets, sold suits, bakeries, bars, cafes… I just like music. I need to create. I talk to people like you. I paint and write books. I love to inspire. I love to teach kids. I used to model a bit.

Favorite song to perform in a set?
It completely depends. If I have an intimate crowd, I’ll sing a ballad. If it’s a more turnt up crowd and I’ve had a few beverages, I’ll sing “Temporary Love” or “Got Me Like,” which are two of my originals. It’s more like “fuck you boys!” Even the dudes are like “yeah, fuck off!” It’s good vibes.

What’s the best encounter you had with a fan?
I have so many, shit. I’ve had a man pull me aside and was like, “Thank you for your suicide awareness song. I walked out today, and left all my money on the counter for my family. Somehow, I came across your song.” And he was a well-put together man. It wasn’t some unstable, obviously needed help — it was a very stable, wealthy, had the watch in his hand-type man. He was like, “You have no idea, I wouldn’t be here if it wasn’t for you.” And I get that quite a lot. That means more to me than the “I drove 7 hours to come see you!” But this was like holy shit. That song which took me 20 minutes to create literally saved your family a lifetime of pain.

Who’s the most played artist on your phone?
Probably Chris Brown, even though he pisses me off. [laughs]

In real life? You know him?
Yeah, he’s one of my friend’s good friends. I swear, every time I see him, we butt heads. But I love him so much as an artist. It’s weird because you love them as a musician before, and then you meet them and you’re like, “I like you as a musician, but fuck you as a person!” 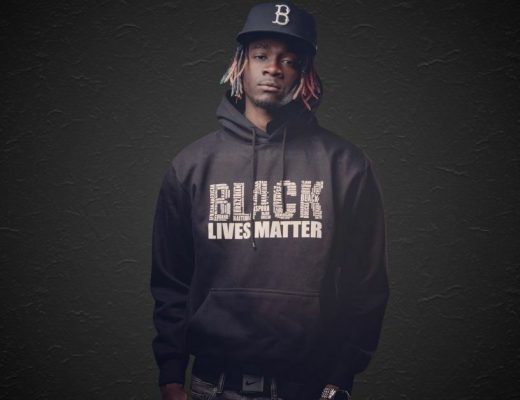 DatBoiiPolo Represents The Juice Out Of Orange County 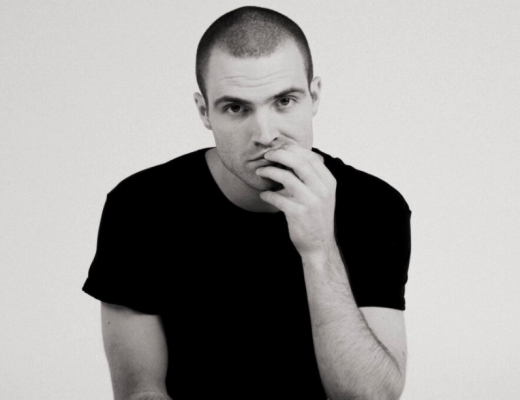 FLAUNT PREMIERE | EMMIT FENN RELEASES “UNTIL WE LEAVE THE GROUND” 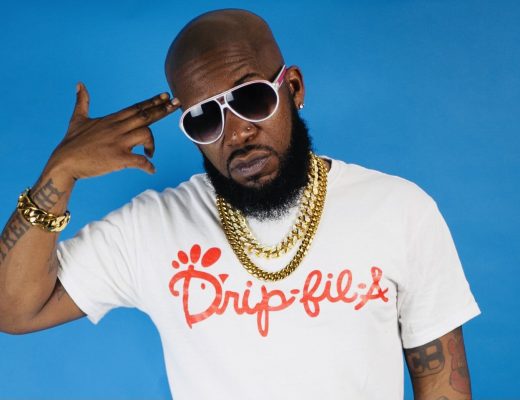