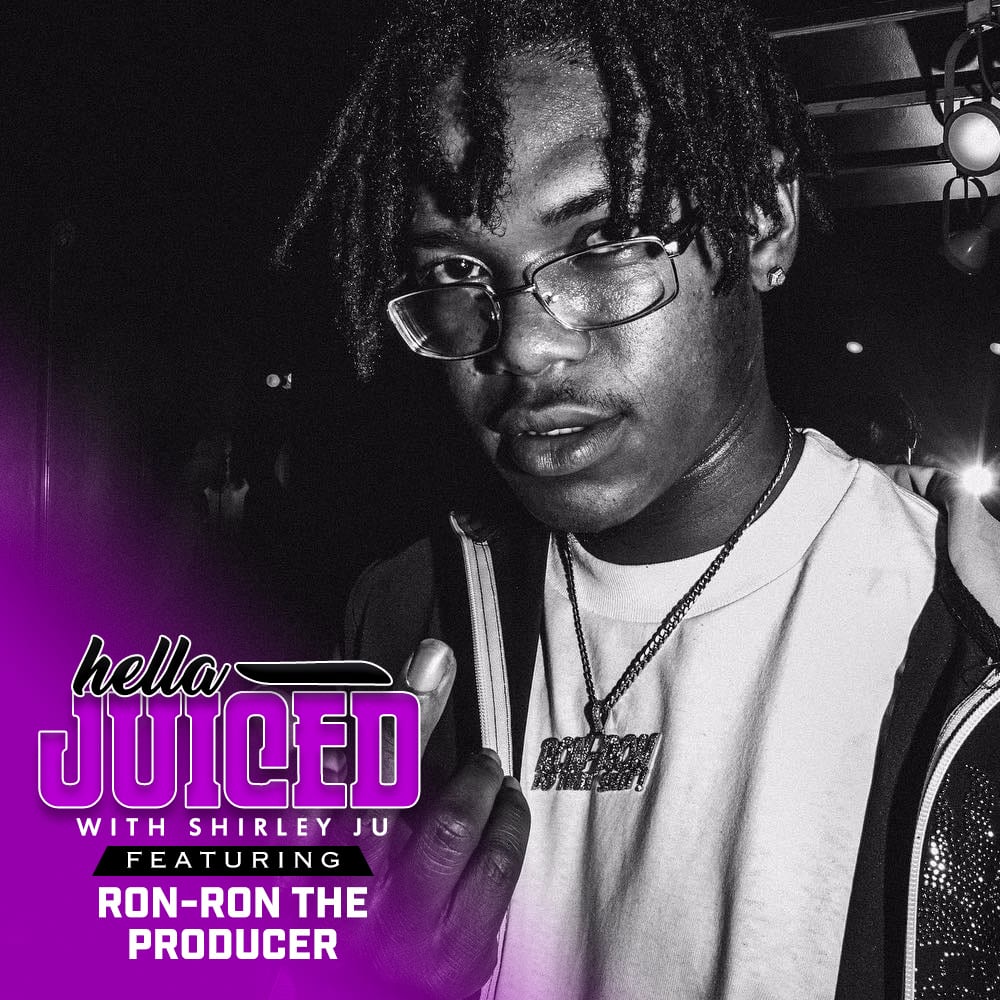 Read the full interview on YoungCalfornia.com!

Ron-Ron The Producer is ready to take his production to the next level. Hailing from Los Angeles, the 21-year-old got his start through making beats with his cousin Ace the Face. Fast forward to 2018, Ron-Ron has laid the blueprint for the explosive rise of Shoreline Mafia. For one, their 2017 single, “Musty,” currently hails at over 29 millions views on YouTube alone. Read more…

Whether it’s producing or engineering, Ron-Ron has created his own signature style of trap and turn up rap. While his catalog includes the likes of Drakeo the Ruler, 03 Greedo, Rocketdagoon, FrostyDaSnowMann, Maxo Kream and more, he’s more focused on making sure his family eats, while making an impact on the rap game as a whole.

Are you Ron-Ron or are you Ron-Ron The Producer?
It’s both. I’m trying to push the producer lanem but my fam call me Ron-Ron. My instagram is @RonRonTheProducer. So it’s either or, it don’t matter.

Where do you fit in the realm of hip-hop?
I fit around both. I’m trying to get into more R&B, but I’m more hip-hop right now. You’re from Watts, how does that play into your life and career?
Being from Watts, I get to see both sides of the world. That’s all I can say, it’s just a big impact on my life.

How important is it to come to LA as an up and coming artist?
Very important because LA is where everybody wanna be. Me, being a producer from LA and basically coming up with a sound for everybody in LA to dance to, is crazy.

At what point did you realize this music thing was for real?
It was when I had started doing it with Frosty. I had made the “MiLwauKee BucKs” for Frosty, and it was going crazy. Shit started going crazy for me then, and that’s how Shoreline came into the picture. OhGeesy hit me up for some beats but I didn’t know who he was. He went to my SoundCloud and I had 2 or 3 beat mixtapes. “Musty” and “Bottle Service” were the beats. That’s basically how Shoreline Mafia came into the picture. I heard the song and was like “this shit is hard.” I reposted it. OhGeesy was fucking with me, I was fucking with him. Then I met TK and them, and shit just started going crazy.

I spoke with OhGeesy & he really emphasized how Shoreline is a family. What’s the best memory you share?
Going to Hawaii with them… not even Hawaii, but Miami. We went to Miami for Rolling Loud. I went to Atlanta with them. It was just going to different places with them and they’re not even really my family, made them my family. Because I’m in a different place with them and I’m comfortable enough to be around them.

What’s the difference between their upbringing and your upbringing?
There’s not really a difference. It’s just they went to a different school. I always wondered because they were going to Hollywood High and shit like that. I ended up being friends with them, and they just like me. Same shit. It’s crazy.

How did you shape not only their sound, but sound for LA?
Really, I just feel like I was doing me. I didn’t really feel like I started something until now. That shit is crazy. I still don’t know what to say on that.

What do you want fans to get from your story?
Basically, you can do whatever you put your dreams to. I was skateboarding at first, trying to be a fucking skateboarder. Trying to get sponsored and shit. It was around that era and then I was like, “Man, I’m about to start making beats.” I wasn’t even in it for the money. I just wanted to learn how this music shit go, so I started making beats and working hard at it. Shit started going my way.

How old were you when this happened?
I think I was 17 or 18 when people in LA were like “that’s Ron-Ron, he make beats.” That’s when shit started really going crazy for me. But now, I’m getting to the point where I can’t even go to the mall and walk around without somebody saying “let me take a picture with you.” It’s crazy.

Hows that transition been with fame?
It’s a cool transition. I’m like, “Damn. If I wasn’t doing this shit, where would I be?” What are some goals for yourself?
Really, my goal right now is to get that big, big, big hit. I need a big hit out right now to get me more exposure. I want to be in London, everywhere with my hit. I just want to expand. I don’t want to just be LA.

Outside of the Shoreline fam?
Shoreline still my bruddas. You always want to start working with other people to expand your mind. I feel like doing that is going to make me different from a lot of other producers. And I want to make pop music. I want to do pop and all types of shit.

What is your take on the music industry?
I didn’t think it would be like this until my homies got signed. Shoreline got signed, 03 Greedo got signed, and I seen how shit was going with them. We basically was already doing everything, they just got money to put behind them. I actually thought you were a part of that.
Nah. I’m not signed. I’m just still doing what I can. I’m basically just getting royalty checks back to back until I get something.

I feel like there’s so many producers who are eating off one hit.
Right. “Musty” would have been it, but I feel like it’s dying out. So now I need something that’s going to uplift me. LIke, “Oh shit, this n*gga came with another banger.”

They’re always out here!
Yeah that’s the crazy part, but I don’t know nobody to link me up with them, so it be iffy. I don’t like dickriding and hitting people up. I want to work with them, but I don’t know an inside connection. I been fucking with ManMan Savage. That’s been getting me more exposure in Atlanta, so I been going crazy. 3 things you need in the studio?
Weed, food, and FL Studio.

Who’s the most played artist on your phone?
I listen to GlokkNine a lot, he’s hard. He’s like the new Kodak. Z Money, that’s my boy. I fuck with Z Money. I got a couple records with him that’s about to drop.

His record with Valee is hard as fuck, “Two 16’s.”
I been listening to Valee. I been listening to Sada Baby and Fmb DZ a lot. I’ve been listening to the whole Detroit movement lately. I been fucking with BandGang Lonnie, me and him got a lil tape that’s about to drop. And Childish Gambino, he’s dope. I need to work with him actually. What’s a normal day in the life? Walk us through.
I wake up with my girl, I live with my girl. I just be with her, and then I smoke my weed with her. I go to the studio. I been trying to look out for my little sisters and brothers. I got a big sister, I be looking out for her too. My thing is I’m trying do something in my family that nobody else did. I’m trying to open up a Boys & Girls Club for the kids that like music. Kissie Lee Unleashes ‘My Toxic Love’ EP, Talks Hitting #1 On Billboard And Songwriting Vs. Being An Artist 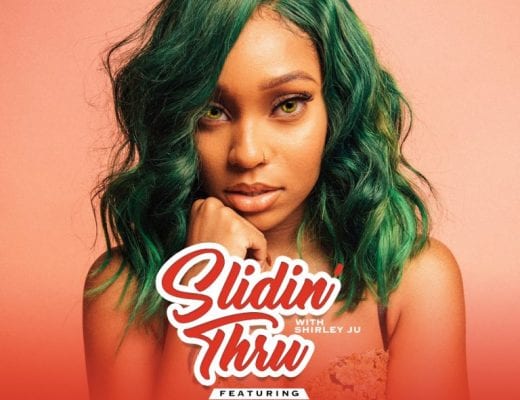 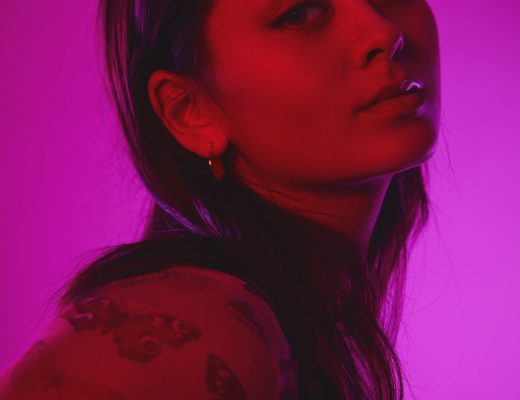 JASMINE THOMPSON | “HAPPY FOR YOU,” FORTHCOMING EP ‘ALL OF THE ABOVE’, & COLLABING WITH ZEDD