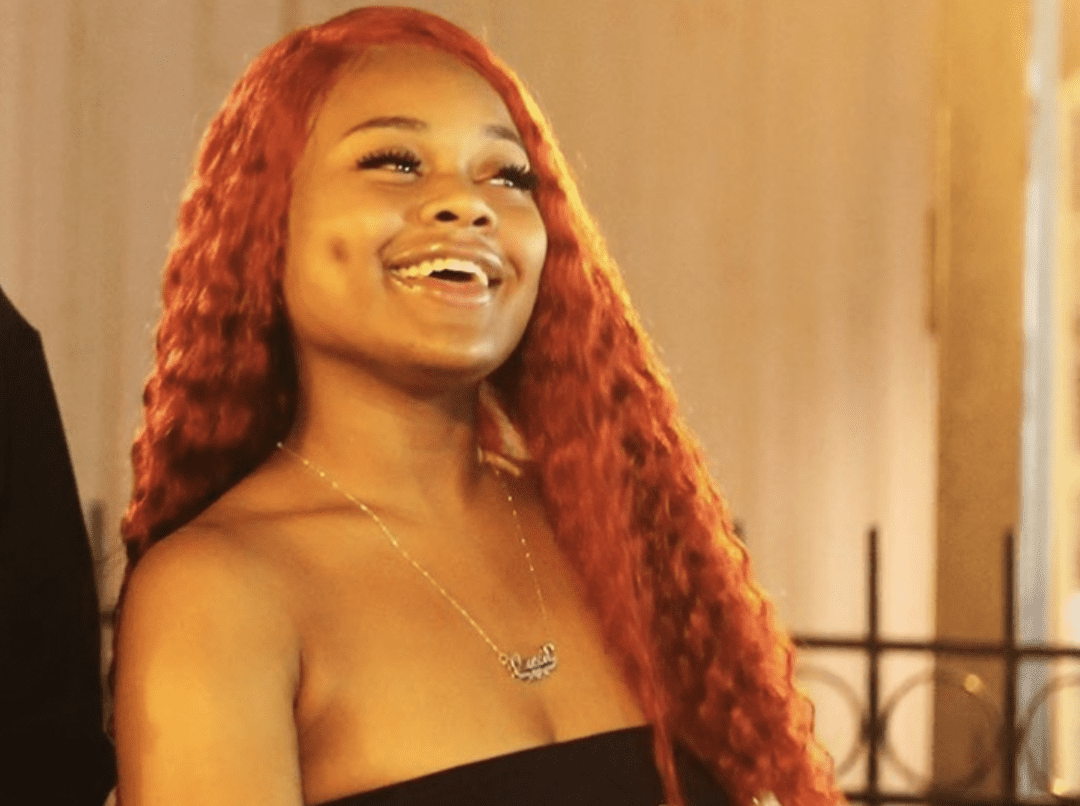 Queen Key spoke with Okayplayer about writing raps, her Eat My Pussy EP, and why she decided to cover a Biggie classic.

Queen Key — real name Ke’Asha McClure — didn’t consider gender when she rapped. This is partially why she’s so passionate about female empowerment now; she’s a true believer that women can really go toe-to-toe with the men.

Back in June, Chicago rapper Queen Key left a statement on the rap game when she released her debut studio project Eat My Pussy, a seven-song EP full of brash, hyper-sexualized raps. The project featured verses from some of the sharpest rappers in hip-hop, from Tink to Dreezy to King Louie. In those tracks, Key held her own, at times going bar-for-bar with the rappers (like on “Miss 100k,” her standout collabo with Cuban Doll).

Even after the release, and the success of the project, Key kept the streets buzzing. A couple of weeks later, Key flipped Nicki Minaj’s “Barbie Dreams” — which is a flip of The Notorious B.I.G.’s “Just Playing (Dreams)” — for her own “Dreams” freestyle. On the track, Queen Key flexes her ability to drop bars with clever wordplay, dropping jokes on contemporary artists like Lil Uzi Vert, Lil Baby, Offset, 6ix9ine, and Chief Keef. The song is Queen Key at her finest: funny, outrageous, lyrically deft.

For the next couple of months, Key will be on tour, opening up for G Herbo and Southside on their Swervo tour. (That tour kicks off on October 16th.) Okayplayer was able to sit down with one of hip-hop’s brigest young stars. We spoke to him and talked about her Est My Pussy EP, her hip-hop inspirations, and why she sovered Biggie’s “Dreams.”

Were you hesitant to call your EP Eat My Pussy?

Nah, not really actually. It was kind of a joke. Then I told my manager, and he agreed with me. I’m like, “Yeah, I knew it was a good idea.”

On the intro track, “Am I Wrong,” you rap, “These bitches too dumb and they borin’.” What sets you apart from these other female rappers?

That right there! These bitches too dumb and they boring, like I said. I try to be nice all the time, but it’s just being honest. I listen to other people’s music because that’s a part of making music, but motherfuckers be dumb and boring. [laughs]

Who are some of your favorite female rappers?

Lauryn Hill, that’s my all-time favorite. Also Nicki Minaj, Lil’ Kim, Trina. They all have an influence on me. I like Left Eye. Every female rapper that made it really. I respect them.

Does that mean you’re team Nicki, versus Cardi B?

I’m team me. I don’t think they should be beefing though. That’s not really showing other female artists a good sign. It’s a truck load of new female artists, so it’s like there is no room for no beef. Might as well kumbaya in this motherfucker.

You have collaborated with Dreezy, Tink, and Cuban Doll on the project. Talk about who you choose to collab with and why?

I pretty much collab with the artists whose music that I honestly like, and we have a relationship. So we cool, and I fuck with your artistry. That’s really what E.M.P was about as far as my features and collabs.

Did you feel intimidated at all coming up as a female in the Chicago rap scene?

Chi-town is home to some legendary rappers, who are some of the artists you grew up to?

Lil’ Wayne, Gucci Mane, Lauryn Hill, Nicki Minaj. Really every artist that was poppin’ who had their little run. I definitely was a radio listener, so I listened to all of that. Everybody, Chief Keef, everybody. Especially the young people who made it and made something out of themselves, definitely them.

I was surprised to find Juice WRLD was from there.

Yeah, me and him actually went to the same high school. It’s in the South suburbs, it’s called Homewood-Flossmoor High School. I didn’t actually know him then. I feel like it’s really special because a lot of people came from there. Rockie Fresh, me, Juice WRLD, that’s already three people right there. It’s pretty cool.

What was the first rap song you ever listened to?

I have no idea. I know the first rap song I made. I couldn’t decide if it was called “Freaky” or “Freak Me.” But it’s a song I made at the end of high school when I was graduating. I actually sat down with the producer and we made the beat together.

You started rapping at seven, right?

Yeah, that’s when me and my brother made our first mixtape.

Was that always the dream or goal?

I always said I wanted to be an actress, and I still am. I’m still going to act a lot, period. I always used to say an actress, but I always knew how to do music though.

Your “Dreams” freestyle has you calling out all the rappers. Can you talk about making this record?

It was super unexpected because I was just in the studio. I’m just sitting there, I probably had two hours left or something. I was babysitting my nephew and all types of shit. I brought him to the studio with me. I’m like “fuck it.”

How old is he?

And you made that hard ass record with your nephew in the studio!

Yeah, I think he was laughing. Towards the end, he fell asleep. I was just thinking, “Hmmm, what should I do?” Because I kind of had free time. I didn’t have anything that was already written, so I’m like, “I’m going to make some new shit.” Then I’m like, “Hmmm, maybe I should do a ‘Dreams.’ That’ll be fun.” Because I studied the culture of that song. I’m like, “Hell yeah, that’s fun. I get to talk about rappers and shit, and how I fucked them.” [laughs]

Can you talk about your sense of humor and how that plays into your music?

It plays a big role in my music, simply because it’s my personality. My music is my personality, period. It’s my whole entire mood. When I say something funny, it’s like it gasses myself up. It’s almost an inspiration to myself because I’m like, “Damn, I’m able to really say how I feel and what I have to say, and it’s still funny.” It’s still light-hearted.

It’s crazy than a motherfucker. [laughs] But you know what? At the end of the day, it’s not crazier than me, so I ain’t worried about it. I’m still learning. I’m still climbing.

How have you adjusted to fame? Are people treating you differently?

Honestly, my whole life, people either don’t know how to treat me or treat me differently regardless though. I either get special treatment or a motherfucker don’t know no better. I adjusted to it pretty well I feel. There’s never been a moment where I haven’t acted natural. It was just already set in stone. I kind of adapted so fucking fast.

What’s the best part of a being an artist?

The best part is to be able to be a help. To be able to put out good to people, to be a good person. I feel like that’s the best part of being an artist, just all the good shit you can do.

What advice do you have for an aspiring Queen Key? 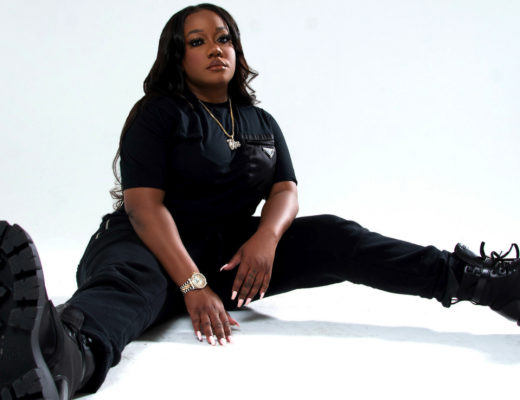 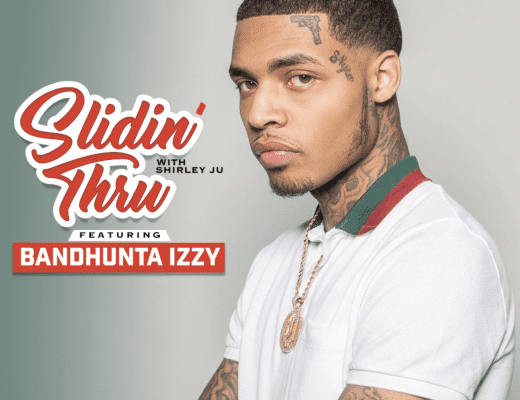