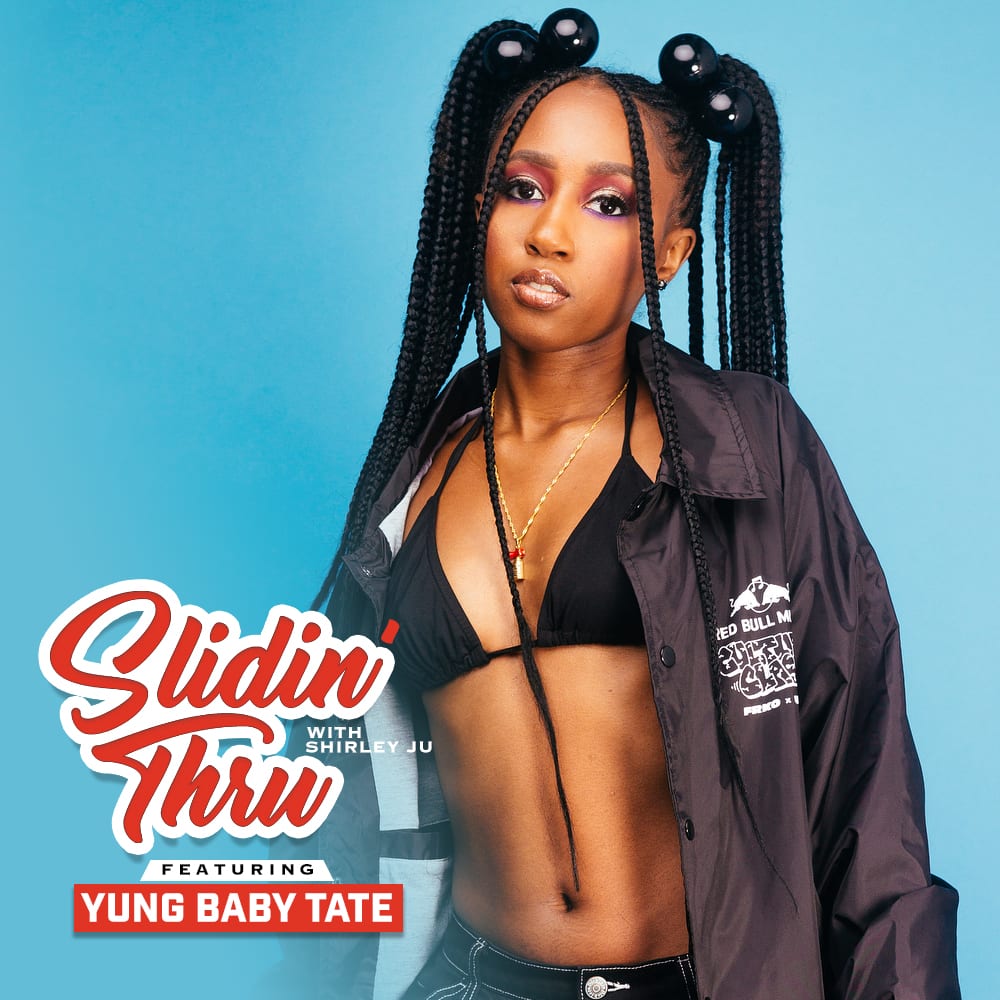 Yung Baby Tate is a rare breed, in the best way possible. Hailing from Atlanta and heavily influenced by trap and 808’s, the female singer, songwriter, rapper, and producer is a star in the making. While her music speaks for itself, it’s her own desire and goal to be an influence on the world that we can respect most. Read more…

In addition to being a hands-on learner (as evidenced by teaching herself the process of making beats), her sound conveys a unique blend of R&B, pop, and hip-hop, with an ATL swag. With the release of her last EP, Boys, Tate showcases both diversity and intimacy, touching on every single emotion that comes with relationships.

And at 23 years old, she’s already slotted herself on the explosive bill for Rolling Loud in the Bay Area, one of the largest hip-hop festivals to date.

For those who don’t know, who is Yung Baby Tate?
Yung Baby Tate is a singer, songwriter, producer, rapper, talented ass bitch, dancer, actress… just the best person ever. [laughs]

Where do you fit in the realm of hip-hop and R&B?
I fit right in the very middle. I could do the ignorant shit, but I’m very conscious of the messages that I put out and the energy that I put out into this world. I feel like I’m just right in the middle of trying to bridge that gap, and just trying to take the ratchet shit and bring it into some positive shit. I’m the rainbow. You’re from Atlanta, how does that play into your life and career?
Being from Atlanta I feel like is a privilege. I was able to grow up in the place where I feel like a lot of hip-hop starts. Just actually being raised in that environment just gives me such a foot up on a lot different cultures that want to emulate the Atlanta culture. I love being able to have been born and raised in Atlanta, and be a part of that culture as well.

How did you get your name?
I got my name actually from Instagram. It’s actually been my IG name since 10th grade, I’ve been Yung Baby Tate. It is very appropriate for who I am. I am a 23-year-old woman, but I am also very baby. Any of my ex-boyfriends will tell you that I am a baby. Even of my managers will tell you, I am a baby. I’m just a youthful person, so Yung Baby, that’s me. And then Tate is my real name.

You’re first time?! That’s crazy! You gotta come fuck with us in LA.
I have to! I know for sure I am gonna be in LA in December.

How does West Coast hip-hop compare to ATL’s?
Oh my gosh, it’s so different. The West Coast is like a neighborhood type thing. I feel like Atlanta, everyone wants that Atlanta sound. West Coast, if you’re not from here, then you just don’t get it type shit. I fuck with the West Coast. We were just listening to the radio earlier, like SOB x RBE. It was lit. [laughs] You released Boys earlier this year. What is it you want fans to get from this project?
From Boys, I really want to empower and encourage my fans, especially my female fans, that you can do anything the fuck you want on your own. I produced, engineered, and wrote Boys all of my own. You don’t need anybody, you don’t need any man out here to do the stuff that you wanna do. My next project, Girls, is also going to be really incorporating girls. I just really wanna be a voice for young girls in this industry, because it’s so hard for women of any color in this industry to succeed. I just wanna make sure that my female fans, and even my male fans, just understand that girls are here, and we’re here to stay.

Can you talk about producing all of your records? I feel like that’s so rare for a female.
I mean, I love producing all my own stuff. I started producing when I was 13 on GarageBand, and now I am using Logic. I’m thinking about moving over to another platform for my next project. I just feel like it’s something that we can call do. If you really wanna do that shit, you wanna make your own beats, you can do it. Just teach yourself. I got taught by a few people, but I really taught myself out of curiosity. Now, it’s out of necessity. ‘Cause I hate having to wait on people for beats, mixes, all that shit. Now, it’s a one stop shop. You can do it all yourself.

What is your take on the music industry?
I feel like there are a lot of people in the industry that are not being so conscious of the energy and the messages that they’re placing into this world, and not understanding how big of an influence they have on the world. People take that for granted. I want to be a voice in the music industry that tries to help this world. Because it’s not just about music, not just about me making money, it’s not about any of that. This music is a frequency that literally changes the world. I just want to make sure that people that are in the music industry and the people that come into it after me have that understanding and have that knowledge.

What are some goals for yourself as an artist?
Oh shit, I have so many. I am trying to be out of here. I’m trying to be the next biggest thing in the world, just because I wanna have that platform to be an influence or an inspiration to other people. Like there are so many great artists, like I am so grateful to have lived during the time of Beyonce. And I want people to feel that way about me. I just wanna create great spaces and great times in this culture, just in life. I’m excited.

You just released a single titled “Too Long,” which is a lot slower than the rest of the music I’ve heard. Talk about the inspiration behind this record.
“Too Long” is a song that I actually wrote in like 2014. It’s actually super old, but a lot of my fans had heard it before and were like, “Where’s ‘Too Long’? What happened to it?” A lot of times with my music, I like to not only take experiences from my own life, but experiences that I feel like other people can relate to. Just put that into a song, so people can have something to sing to. With “Too Long,” I am a singer first. It’s something where I showcase that talent of me singing more, ‘cause I only started really rapping, rapping in 2018. I am just trying to transition back into my real self, which is mostly singing and then a little bit of rapping.

How important is social media for your career?
Oh my gosh, social media has been a very, very big part of my career. Because in 2018, that’s where so many people first meet you. They see you either on their Explore page, on somebody’s story, or they follow you. It’s like, “What’s up with that person? I fuck with that, let me listen to their music.” Social media has been a great, great part in my career and so many other artists’ careers. Social media can be the biggest help, but it can also be detrimental if you don’t use it the right way. But I love social media, I have so many Instagram followers that reach out to me every day just telling me how much I helped them with their lives just with my music. It’s super cool to be able to have that interaction with fans.

What’s a normal day in the life? Walk us through.
My days always switch up. I don’t think I ever have a routine day. I wake up, take a shower, get my life together. I might start working on some beats, I might go to the studio, or I might have a show. Sometimes, I’ll have a shoot, so I have to get ready, get my shit together, get cute. [laughs]. It really always changes, I can’t say. I don’t think any artists have a day they can just say “this is what life is like for them.” It’s always so crazy. 3 things you need in the studio?
I need quiet. I don’t like a lot of people in the studio with me because normally, I make all of my stuff at home in my own room, with nobody there with me. If I do go to an actual studio, I need only me and the engineer there. I need a bottle of Jose Cuervo.

I feel like tequila is to party!
Tequila is the party! I am always drinking Tequila or wine. And just good vibes.

What would you be doing if you weren’t doing music?
I couldn’t say. I went to a performing arts elementary and high school, so I know that I would be doing something in performing arts. If I wasn’t pursing my music career as tough as I was, I would probably be graduating in 2018 from Georgia State. I was a psychology major. I love psychology so much, so I would probably be doing something with that.

What’s the best encounter you had with a fan?
I’ve had a lot of great ones. I think any encounter that I have with a fan face to face is great for me. Because it’s like “wow, this has translated literally from person to person.” It’s just always beautiful having someone come up to me like “I love your music” or “you have helped me” in some type of way. I have a lot of different fans that have traveled out of their state to come see me in a different state. That’s just so fucking dope. Who’s the most played artist on your phone?
Me. I am very self critical so I like to listen to my own shit and keep fixing it. I don’t listen to a lot of other artists all the time, I am just listening to me and trying to make myself the best I can be.

Dream collab?
Probably Pharrell, because of his all-around talent, production, everything. That would be so dope. He’s one of my biggest influences. 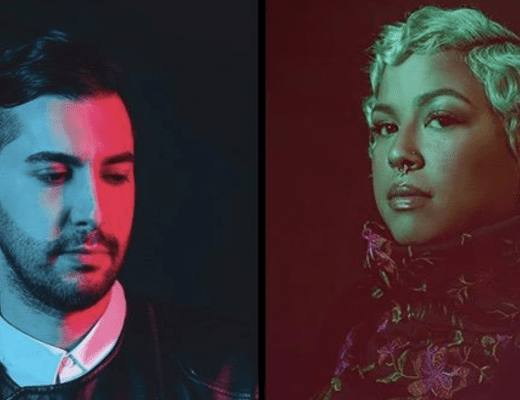 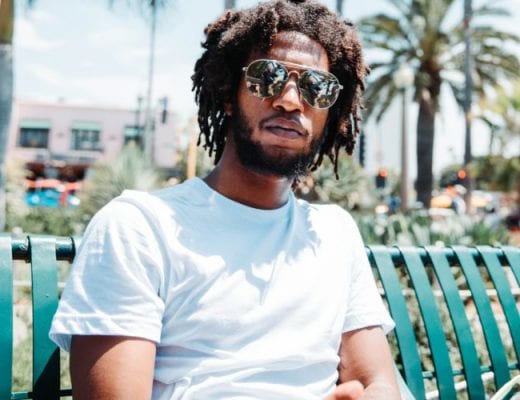 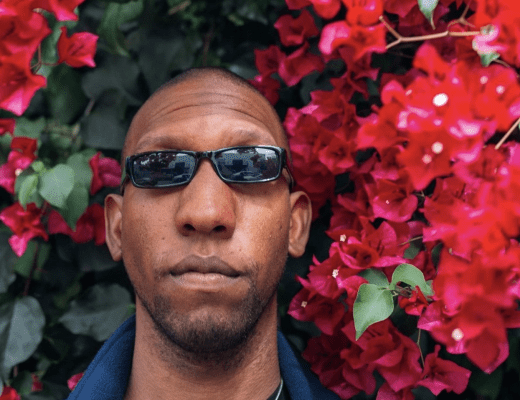 Left Brain To Have Goat Yoga At Album Release Party In L.A.