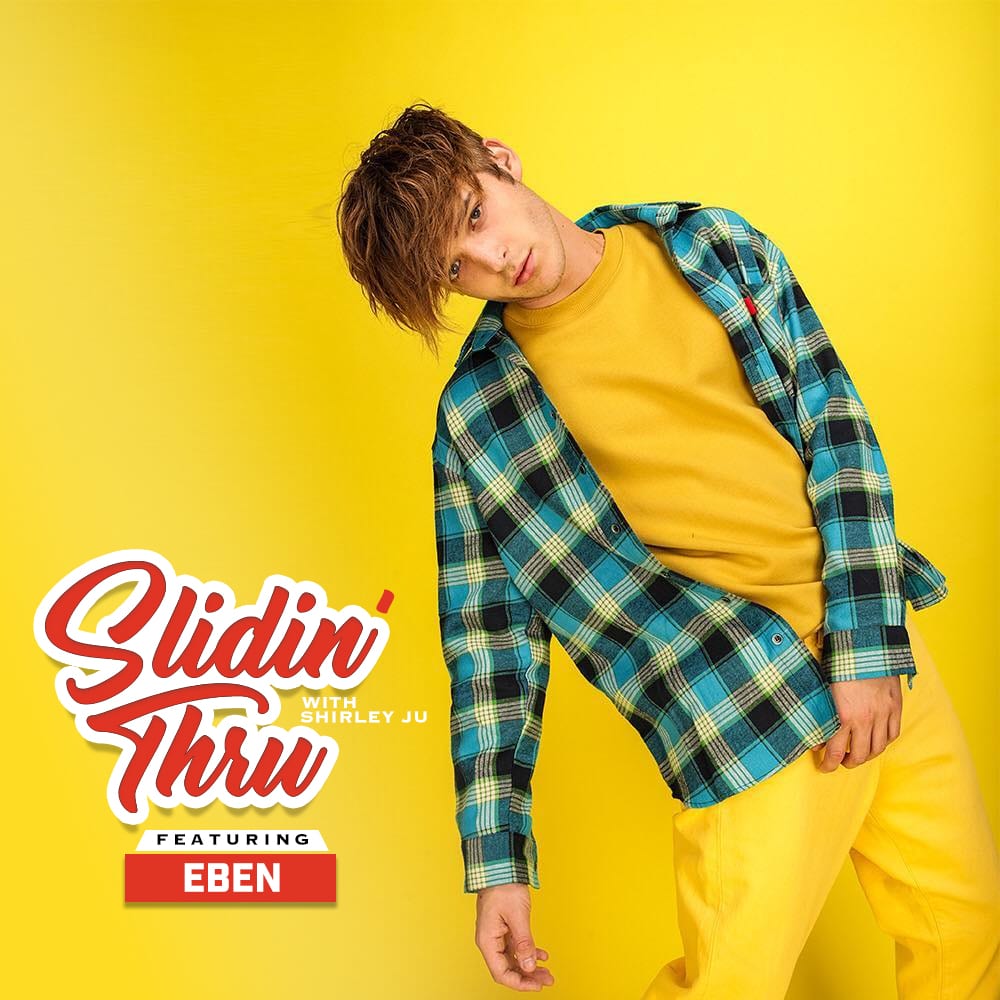 Eben is one of those artists that you immediately fall in love with upon first meeting. Hailing from Ohio but now based in sunny Los Angeles, the singer-songwriter is here to remind audiences that when life gives you lemons, you make a spiced lemonade. Beyond the music, it’s his natural ability to light up any dark situation, no matter the size. Read more…

Getting his start in the pop space working closely with Why Don’t We, it wasn’t long before Eben discovered his own talents behind the mic. Earlier this year, he unleashed his debut EP titled Finally, which peaked at #7 on the Apple Music Pop Chart. The project’s lead single, “That’s Alright,” is an anthem to stay up, stay strong, and keep it pushing. For those who don’t know, who is EBEN?
I’m Eben. [laughs] I’m just a kid from Cincinnati, Ohio. I’m 22 years old. I live out here in Los Angeles now, in North Hollywood, and I like to make music.

Talk about your recent transition from the pop space to more R&B and hip-hop.
When I was growing up, hip-hop was never really in my household or anything. I think that’s why I was so drawn to it, because I never really got to listen to it. I feel like it was kind of just in me from a young age. As I started to grow up and started to teach myself how to produce and what not, I was like, “Oh well if I can make my own music, let’s just make what I want to make.” Then it became “this is sweet, this is dope.” It was about 3 years ago when I started to really add it into my personal stuff.

Who are some of the artists that drew you to the genre?
Drake, Chance the Rapper, Anderson .Paak, Travis Scott, Post Malone. I’d say those are my top five.

How does being from Ohio play into your life and career?
I don’t know. I’m just lucky to be able to come from Ohio because it’s not like a big city place. It’s just a small town, small city. The most exciting thing that happens is a Bengals game. Nothing is really going on. It’s very low key and chill. I feel like I’m able to handle all this crazy stuff because I’m just naturally very chill. It’s all good, I’m not trying to rage all the time. How important is it to come to LA as an up and coming artist?
I feel like it definitely changed the course of everything for me. This is the music capital of the world, it’s in Los Angeles. If you’re going to take it seriously and really want to give it everything you’ve got, then it’s like “you need to get to LA.” It’s very important, because LA is where it all happens. But it’s also good to start your own foundation. It doesn’t even matter where you’re at, just start a foundation. For me, it was a good step to move to LA.

How long have you been here now?
I’ve been here for almost 3 years, on and off. I lived here for a year in 2015, out in Tarzana.

What’s your favorite thing about California?
The weather is always nice. It’s sunny all the time. It’s really the weather because I’m from Cincinatti, so it’s grey, gloomy, cloudy, like a lot. Winters are brutally depressing. [laughs] To be in December and to be able to wear a t-shirt out in LA is nice.

At what point did you realize this music thing was for real?
Probably when I was 15 was when I really started to take it seriously. I was put in the opportunity where I was able to build up a fan base. Went and toured around the US, at social media tours and stuff. I slowly grew my fan base and everything.

You just released your new EP, Past Hundred Days. Talk about the creative process and how long it took you.
This project was actually super cool to make because a lot of it that was recorded, I was over in Europe for the first time. I had never been over there, so I was traveling on the road. The song “Back to Us” was recorded in Dublin, Ireland, in the green room right before I went on stage.
“That’s Alright” was recorded in Paris in my hotel room. The creative process for it was really cool.

What was also nice was because the project was so personal to me, that made it so much easier to write. I was just able to get it out on pen and paper and just put it down in a session. It came together a lot quicker than I thought. Because when I released my Finally EP, I was like “there’s no way I’ll be able to come up with more music like this, this is my peak.” I put a lot of pressure on myself, but it really came easy. It was very nice.

I love your song “That’s Alright,” it’s so relatable. Talk about how you stay positive amidst the bullshit.
Man, you have to stay positive amidst the bullshit. I would have quit and given up a long time ago if I would have let little things get me down and get in my head. Almost 2 years ago, when I came to LA, I drove from Cincinnati: 3 days, 12 hours, stayed the night in Barstow the night before. Woke up in the morning, all my stuff was stolen out of my car. Window broken into, brand new recording equipment, they took everything. Including my socks and underwear, except for my jeans and shoes. I thought that was super petty, like why would you take my underwear? Such an asshole. I was more mad about my socks and underwear than I was everything else.

This was here right?
It was in Barstow, California, an hour outside of LA. I just called the police, but I knew we weren’t going to find anything. But right when that happened, I was like man, this could really mess up my time in LA. I could either let this get to me, or I can just go to Walmart, get some shirts, and just move on. Just move forward because there’s always going to be another day. I always try and keep that mindset because whatever happens to me, at the end of the day, everything’s going to be fine. You’re going to wake up tomorrow morning. Blessed to be in the position that I am, and just enjoy the moment.

What is it you want fans to get from your story?
I just want them to understand there’s going to be a lot of struggles in life, because that’s just life. Everyone has something going on. If you think you’re alone, you are not. If you think someone is in a better position or whatever, even they have something that is going on in their life that’s messing them up mentally. It’s not letting that get to you and understanding that everything will be alright. Everything’s going to be fine. What was it like being with Why Don’t We on their previous two tours.
It’s always been awesome. They’re my brothers. They’re my family, I absolutely love them.

How’d you guys link?
They did a show in Cincinnati and I went to go see them. I used to be in a group and my group was managed by their management, so I was still in contact with them. It was like, “Yo, I’m going to Why Don’t We’s show.” I got to hang out with them, and we just clicked instantly. When I moved back out to LA, I just started working with them. It was tight.

What are some goals for yourself as an artist?
I want to create a full album. A debut album, like this is Eben. ‘Cause I’m making these EPs to slowly introduce myself as an artist, but I’m really looking forward to making a full body of work. I definitely want to go on a headlining tour, that’s a dream of mine.

What is your take on the music industry?
It’s brutal. It’s like… everyone’s full of shit. You just have to be able to weed your way through it. You definitely learn who your real friends are. But it’s also amazing. It’s awesome. I wouldn’t want to be a part of anything else.

I was watching the music video for “LAMBO.” How have you adjusted to fame?
I am not famous. [laughs] It’s cool. It’s awesome. It’s so much fun.

Are people treating you different?
No, and if somebody does treat me different, I call them out like “what are you doing?” Dude, I’m just Eben. I’m not out here changing, I’m just doing me. Yeah dude, I’m not famous. But I will be one day!

How important is social media for your career?
I think it’s very important. Everything is starting to switch over to be online. It’s a rarity when someone buys a physical album. People stream stuff on Apple Music or Spotify. Everything is becoming digital. Social media has a huge impact on your career and whether you are able to get out there and get better or what not. It’s a plus too, because you can start a fan base and not even have to leave your home.

3 things you need in the studio?
A bottle of water, my computer, and good company.

What’s a normal day in the life? Walk us through.
Wake up, go to the gym, come back home. I mean, it depends because if I’m on tour, it’s totally different. Tour is way more exciting: wake up, go to the venue, load up, do soundcheck, do meet and greet, get ready for the show, perform, and then load out. It’s a full day, over and over and over again.

What would you be doing if you weren’t doing music?
Music. I can’t picture myself doing anything else.

Any side interests or hobbies?
I love to play basketball, but I’m not that good. I just get my cardio in and my ass handed to me at LA Fitness.

Favorite song to perform in a set?
Probably “That’s Alright,” hands down. Definitely. It’s so fun.

What’s the best encounter you had with a fan?
A fan in New York City — we just got off a plane from Australia. At the terminal, she walked up to me and handed me a fish. It was a Betta fish. That was crazy. I had to freaking carry that damn fish around all of New York, and bring it back. It was a whole thing. Don’t buy me pets. Did you keep it?
I put it up for adoption. I had a friend take over because I couldn’t. I’m gone so much, so I didn’t want to abuse the fish. I had to put him in a good place.

Who’s the most played artist on your phone?
Probably Travis Scott.

Dream collab?
Chance the Rapper, like I’d love to be in the studio. Not even a collab, just to watch him work. That would be amazing. And Travis Scott.

What advice do you have for an aspiring Eben?
Man, never give up. I know people say it all the time but it’s like honestly, if you’re going to go into this, you have to have the mindset of “okay, there are going to be a million bumps in the road.” And to know that already so when a bump comes up, we’re chillin’. It’s just a bump in the road. You just have to stay determined and know what you want.

Anything else you want to let us know?
I love you guys. 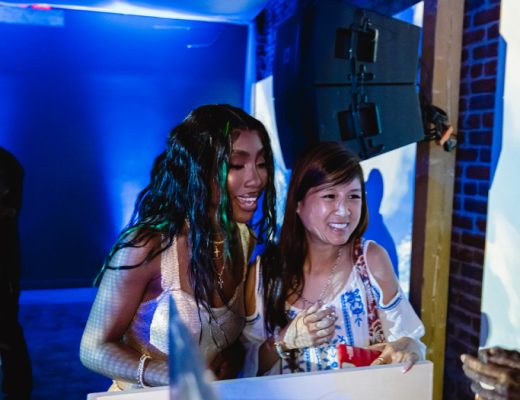 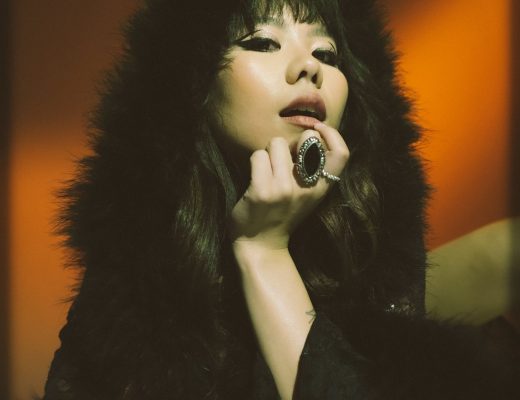 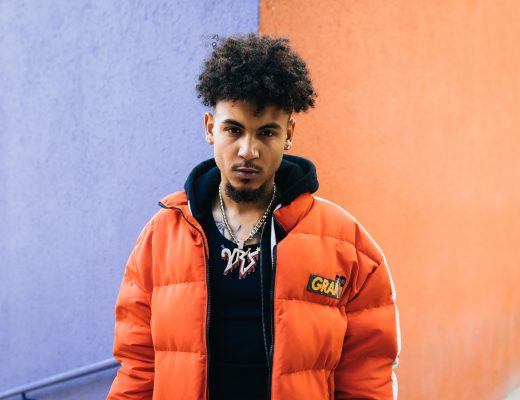