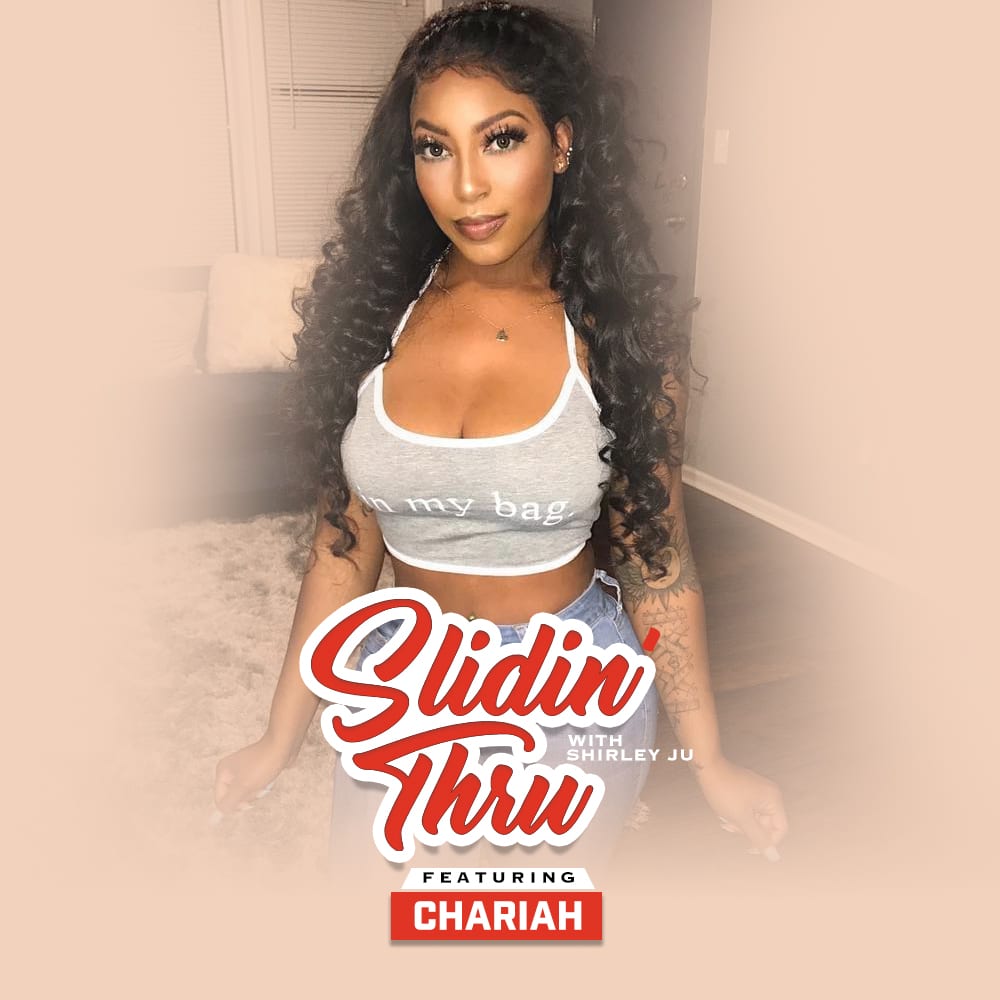 Welcome to the Riah Nation. Hailing from the South Side of Chicago, Chariah is here to prove she can sing, just as good as she can dance. Exploding on the internet back in the days of Walacam on Youtube, the the all-around entertainer created a name for herself through her efforts as a battle dancer. She wasn’t just your average dancer, she was Riahh F Baby. Read more…

Fast forward a whole decade to 2018, Chariah is ready to debut herself as a singer above all else. Bringing that same love, passion, and dedication, the 23-year-old releases two visuals, “Crushin” and “Speechless,” holding fans over until her debut project.

For those who don’t know, who is Chariah?
Chariah is very outgoing, a sweetheart, can sometimes be a bitch when needed. [laughs] And hard-working.

Where do you fit in the realm of hip-hop and R&B?
I’m bringing back the old school R&B feel. That back in the day, 90’s feel. I fit somewhere in between there, I’ve got like an old soul.

Who are some of your favorite artists from the Chi?
I don’t have a favorite, I pretty much like everybody. I support everybody. Where do you see female rap in the city where so many legends are from?
I love Tink, she’s pretty dope. I love Dreezy, super dope. There’s so many. I can’t even think right now, but those two for sure. Queen Key too, she’s a sweetheart.

Do you find any obstacles being a female coming out of Chicago?
Of course, I just feel like a lot of people in the city are haters. It will take for other people to hop on the bandwagon to support you, so that’s kind of the downfall.

How important is it to come to LA as an up and coming artist?
It’s super important because it just gives you a different type of scenery. It clears your mind ‘cause you’re not at home and there’s no distractions. When you see everybody else out here getting to it, it really motivates you to be like, “Okay, I could be living like this.” Or “Okay, if I could do this, I could be here. I don’t have to go back to Chicago.” It just gives me a different view and a different take on life. I like being here, a whole lot.

What was the inspiration behind keep your real name?
I don’t know, that’s a good question. Because it’s me. It’s what I’ve been going by my whole life. There’s nobody else I would rather be than myself, so I don’t know what else I would call myself. Well, I have an alter ego that I called Riahh F Baby. But besides that, Chariah just seems like a clean fit for me.

Talk about the alter ego, what’s her deal?
Riahh F Baby, she’s cocky. Don’t take no shit from nobody, she’s with the shits. She’s definitely something to look forward to in my music. You just released the visual for “Speechless.”
“Speechless is pretty dope,” I shot it in Malibu. It’s just me by myself. I’m just walking around the house explaining how somebody got me speechless. It’s the second single and visual for my project, so I’m pretty excited. I couldn’t wait to drop it.

Talk about your relationship with the men.
Do I have a man? No. Am I dating? I’m open to dating. I don’t really have nothing going on right now. I’m single, get at me. [laughs] Actually you know what, forget the men. They’re a distraction. I’m trying to be focused and get to my music. Drop these visuals and get my project done. Right now, it ain’t about the men. It’s about me.

Are you working on a project?
Right now, I’m just gonna drop 3 or 4 more singles maybe. Then I’m gonna do my project.

Any collabs in the works?
Yeah I do. I don’t wanna spoil it though, so I can’t really say who. But I definitely have some collabs, some dope collabs at that. Some are from Chicago, and some people from out of town. They’re known too. [laughs]

What is it you want fans to get from your story?
I want fans to get from my story that I’m human. I think a lot of people forget like, “Oh, they’re celebrities, blah blah blah.” I just want them to know that “no, I am just like you.” And I’ve always been an open book with my followers, like I lost my cousin and my best friend within months apart. I never really had time to grieve because they both were known, so it was very public. I was open about that. I wanted to put that in my music to let them know like, “Okay I was hurt, I was lost, but this is how I am moving forward.” What is your take on the music industry?
I think that it’s crazy. But I’m crazy, ‘cause I want to be a part of it. My take on it is that the females need to stick together. ‘Cause a lot of males stick together in the industry, but the females don’t. I just feel like us females need to get together collectively and work. These men are outdoing us, we need to show them that women run the world. We really do, we just need to show it. We need to show unity, so that’s what I want to promote as well.

How important is social media for your career?
It’s pretty important just because that’s where a lot of the music is going to be dropped and promoted. Those are my outlets. It’s pretty useful and important to me. Well actually, I had to start it over before because my Instagram got deleted. I was sort of salty ‘cause my page was lit.

Haters?
Haters. It was before instagram was really giving people back their pages, so I lost a lot of followers, almost like 100,000. This was back when IG was first popping, so 100,000 was a lot. Social media is definitely important, and I make sure I interact with them a lot too. 3 things you need in the studio?
Manny, can you get out? [laughs] I’m just joking. Liquor. As of now, I haven’t been drinking in the studio. I’m on a new wave where I’m not drinking, just really like cleansing myself. But prior to, I would probably need liquor. My team, which is one of my writers, Cece, Sabie. I have them with me. And candles, and the light low.

Who’s the most played artist on your phone?
Besides me, Ella Mai. I have been playing her out. Her song “Trip,” I have been literally playing it over and over. I’m actually about to remix it.

Dream collab?
Beyonce, but realistically… it’s realistic, but I want to collab with Chris Brown.

What advice do you have for an aspiring Chariah?
To literally lock in and get focused. If this is something that you want and you really want to do it, you have to cut out a lot of bullshit. I think my downfall was just not paying attention to what was in front of me and not utilizing the things that was in front of me. Now, I’m learning from my mistakes. If you’re an up and coming artist and this is what you wanna do, you have to really give it your all. You’re gonna miss a lot of stuff: friends, birthdays. You’re gonna miss parties, clubs, stuff like that. But if it’s really what you want, you’ll get a chance to do that.

Is there anything else you want us to know?
Just be looking out for me. I am on my way, I am coming. I took a lot of time off, so I am literally coming full force with everything I got going on. Riah Nation, let’s go. You guys have been wanting it from me, now you all got it. You got my attention, you got me awake, and I’m just ready to give you my all. That’s it. 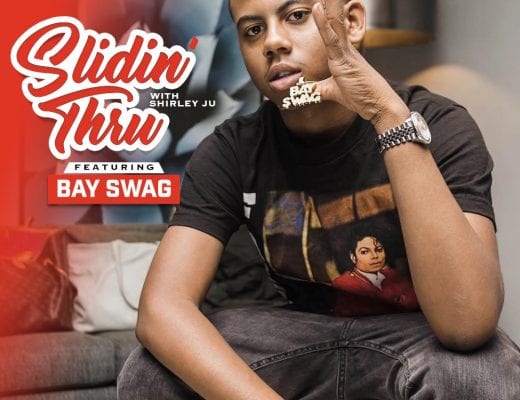 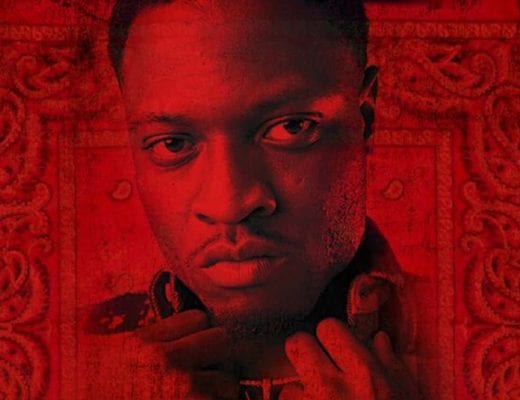 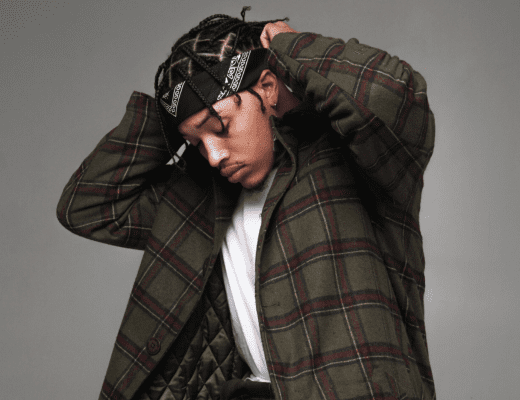