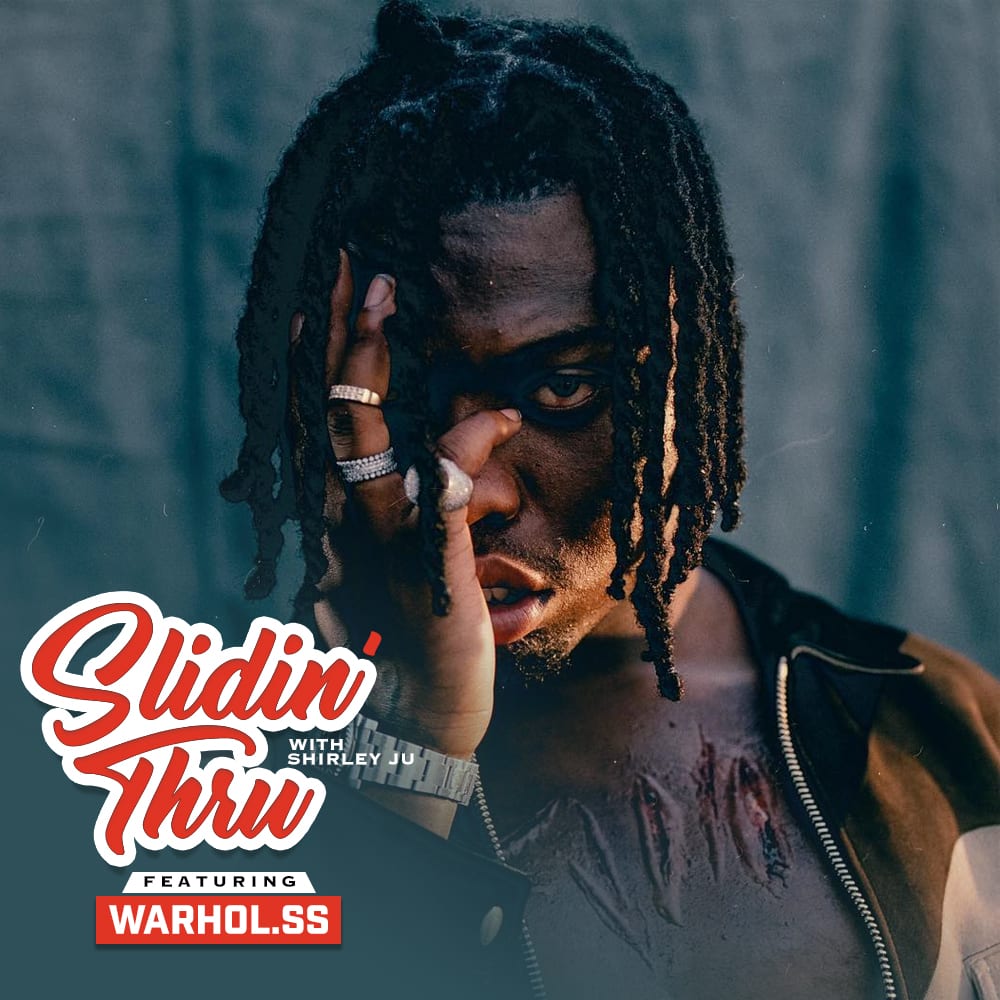 Warhol.SS is finally here to give fans what they’ve been asking for: his debut album. Coming up in the underground scene and and gaining a major buzz through releases on SoundCloud, the Chicago native made his mark with his signature zombie flow and gritty voice. Read more…

In addition to collaborating with Cole Bennett on his “Speed Racer” visual, Warhol has collaborated with the likes of Trippie Redd, Famous Dex, and UnoTheActivist. Heavily influenced by his time spent in Atlanta, Warhol.SS remains consistent in delivering the most hard-hitting, head-rattling, bass-heavy records that will have anybody on their feet.

Now, he releases his Free Andy EP, to hold fans over until Chest Pains.

For those who don’t know, who is Warhol.ss?
Warhol Is an artist. Warhol is a personality. It’s a whole vibe when I come in the room, my energy breaks out.

Can you talk about the name specifically?
I named myself Warhol because of Andy Warhol. Mainly because he was an artist and painter, but his influence reached all types of different fields: music, fashion, painting, sports, etc. Nobody could really put him in a box, and that’s my vibe. Especially with my music, can’t nobody can put me in no box.

What does the “SS” stand for?
“SS” was for SuperSport, back in the day. [laughs] I don’t even say the “SS” anymore, everybody just says Warhol.

Where do you fit in the realm of hip-hop and R&B?
Honestly, I’m a true student of hip-hop. I grew up listening to people like Lords of the Underground and Nas. My pops was listening to Gucci, Jeezy, and all that, so I had all types of different pulls. I honestly just love music, and the vibe it gives people. I’ve seen one of my songs make a person cry.

Which song?
“New Year.” Just the fact that one of my songs can pull a person’s emotions to the point that they start crying, that shit is crazy.

You’re from Chicago, how does that play into your life and career?
I was born and raised in Chicago. That’s my home for real, for real. No matter what. Chicago plays into my life because that man Sosa (Chief Keef) got a big influence on my sound. Just my whole look. tThe whole look of a dude with the hoodie on and dreads, that comes from Chicago. And I guess the way I dress too. The way I dress is definitely influenced from Chicago.

Are you and Keef cool?
Yeah. Sosa, Ballout, Tadoe, all of them. I really fuck with the Glo (Gang). because they really did what they done did. They’re legends in the game.

I would have thought you were from Atlanta for sure.
I used to live in Atlanta, with my pop’s folks from the A. It’s like my two homes right there. How important is it to come to LA as an up and coming artist?
It’s real important, because you can either go to LA or Atlanta. But Atlanta is a different type of market. A lot of people do shows in Atlanta. They’ll do 20 shows in a week, but just in the A though. It’ll be at different parts of Georgia like Stone Mountain, Decatur, Atlanta, Savannah even. But in LA, it puts you on a global scale faster. A lot of people are looking at LA like a circle of influence type shit.

Can you talk about being in Hollywood? How long have you been out here?
I’ve been out here for a year. Hollywood is extra, it’s just extra’d out. I fuck with it because you can get to everything. But it’s not cool when I walk out my house and somebody sees me walking out my door. Like “Oh, what’s up Warhol!” It’s like uhhhh.

At what point did you realize this music thing was forreal?
When my grandpa told me to drop out of college. I was in college for like a week, and my grandpa was like, “This shit just looks like it’s dragging you down.” My grandpa taught for 25 years. He was a teacher. He was like, “This school shit is just not for you, you got too much going.” I was like, “Alright, cool. I’m gone then.”

The “Speed Racer” video is at over 2.8 million views. Did you foresee it blowing up like this?
No. Neither me, nor Cole knew that it was going to do what the fuck it did. That shit started a whole wave of videos. A whole wave of just artists. That shit’s crazy.

Can you talk about working with Cole Bennett?
Cole is a real genuine, loving person. He only shoots videos for people he fucks with. If ya’ll not cool, you can’t get a video with Cole. Unless the label is paying crazy out the ass. But that’s what makes it so fire, because it’s a small exclusivity of people.

Did you know him from Chicago?
Yeah. Cole was introduced to me by my homie Jake. He manages Yung Bans. Bans just been in motherfucking Atlanta though. But as soon as he’s done with his case, he’ll be out here.

You recently released a 3-part EP called Free Andy. Talk about the creative process.
Well, Chest Pains has been a long time coming. It’s like, I can’t just not drop music for the fans. The fans are going to get restless and irritated. “You not putting out no music, but you’re talking about putting out a new tape.” So I had to put out something. Free Andy was a signification like Andy’s in jail. Warhol’s in jail right now. He’s locked up but once he gets released, the game’s going to change. How long did it take you?
I did Free Andy in I think a day.

All 3 songs?
I record a lot of music. I’ve recorded like 700 songs since January, so I just picked up 3 songs.

The intro track, “Layin Low,” is this the lifestyle?
It was the lifestyle for that moment, pretty much. All of my music reflects the mood that I’m in at that specific time. “Layin Low” is like… I’ve been being modest for a cool little minute. People always tell me how I should be much bigger than I am, and this that and the third. It’s like it might actually be time to pop out of the dark now.

What are some of your goals as an artist?
I really want to sell out an entire tour with just me. Me headlining a tour. My first goal is to get out Chest Pains. As soon as I get out Chest Pains, all the fans are going to be tuned in on what’s going on. They’re not going to feel like they’re just waiting on new music. ‘Cause once they hear it, my fans are going to feel like they grew with me. Because it’s a different sound. The whole reason I took a year to get Chest Pains together was because I wanted something new. The album I’m about to drop. My debut album. It’s going to drop in November.

What is it you want fans to get from your story?
I just want fans to really understand you don’t necessarily need a cosign. You don’t need someone else’s approval. Good music is always going to find its way to the light. It’s always going to push through, no matter how long it takes. There’s people that are blowing up when they die. It’s crazy. Talk about the 3200 collective you’re part of.
3200 is a group we had probably about 2 years back in Atlanta. It started on 3200 Lenox Rd. in Buckhead. Have you heard of Larry League? Larry League is this group that was big in the A. It came up with Yachty, this dude named Pollàri, Swag Hollywood, and a couple other people. I think they got some other shit going on now, some other artists that came up that’s trying to say 3200.

How important is social media for your career?
Social media is important, but I try not to make it everything. Because I feel as if once social media becomes everything, you’re going to lose your mind without the approval of other people. If you can’t be comfortable in your own skin, then it’s a real problem. If you need 20,000 or 30,000 likes to feel happy, that’s a problem. That’s not good. All this fame shit, it just comes with what I like doing. People do this for the fame, and I do it for the art of it.

3 things you need in the studio?
I need me some weed, every time. I need weed, I need Blue Cherry Gatorade, and there’s this hibachi spot called 405 Teppanyaki. It’s like a truck, off Saticoy or something like that. Them 3 things, it’s bound I’m going to make at least 10 hits that night.

What would you be doing if you weren’t doing music?
If I wasn’t doing music, I would still be somewhere ducked off still making money regardless. I’m still a hustler. Life is life. If I didn’t have rap, I’d still have $100,000 period.

Favorite song to perform in a set?
Probably “Bird’s Nest.” It really be captivating the people. I’ll be seeing just when the melody plays in the beginning, everybody’s like, “Oh shit, he’s about to play it! He’s about to do it!” It’s funny as hell, I fuck with it though.

Who’s the most played artist on your phone?
Future, hands down.

What’s your favorite song by Future?
There’s a couple, I’ll give you top 5. “No Charge,” that’s on Purple Reign. “Know the Meaning.”
“Married to the Game.” Probably “War Zone,” that was a song on DJ Esco’s shit. And probably “Mad Luv.”

Dream collab?
I want to do a tape with Offset. I want to work with Future, but in terms of just my sound, me doing a tape with Offset would be crazy. It’ll be like when 21 and Offset did a tape, Without Warning. That shit’s still one of the hardest collab tapes to date, to me.

When are we getting the new project?
November. I can’t even give ya’ll no damn day, but November definitely. Features?
I got Rico Nasty on there. Rico Nasty the hardest female rapper in the game right now.

She’s hard. How did you link with her?
Through Kenny Beats. Kenny’s the homie. I met her through him. Rico’s cool as shit.

Producers are the new A&Rs.
Oh, for sure. Folks need to really understand rappers fuck with producers more than (other) rappers.

Danny Wolf’s the homie too! I saw him in there.
Yeah, me and Danny are working on a tape right now.

Anything else you want us to know?
Chest Pains coming soon! Gang gang, same thang. 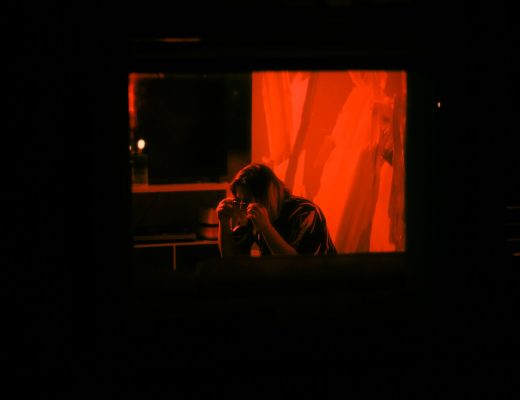 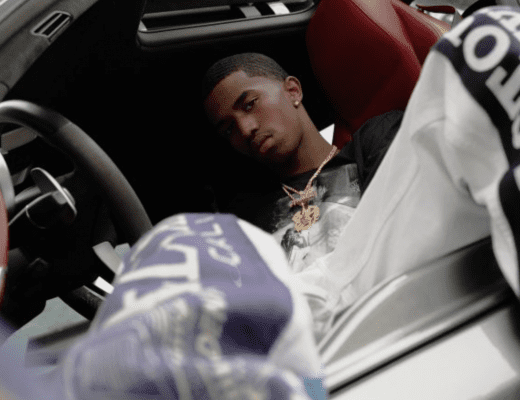 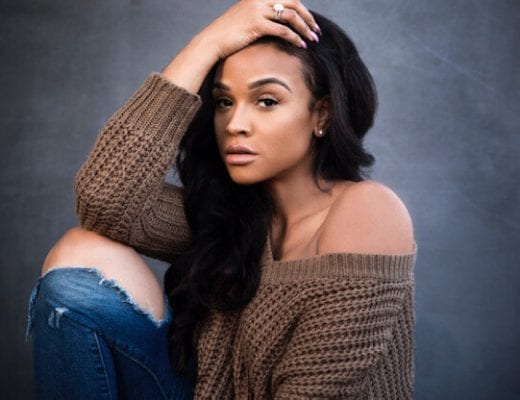