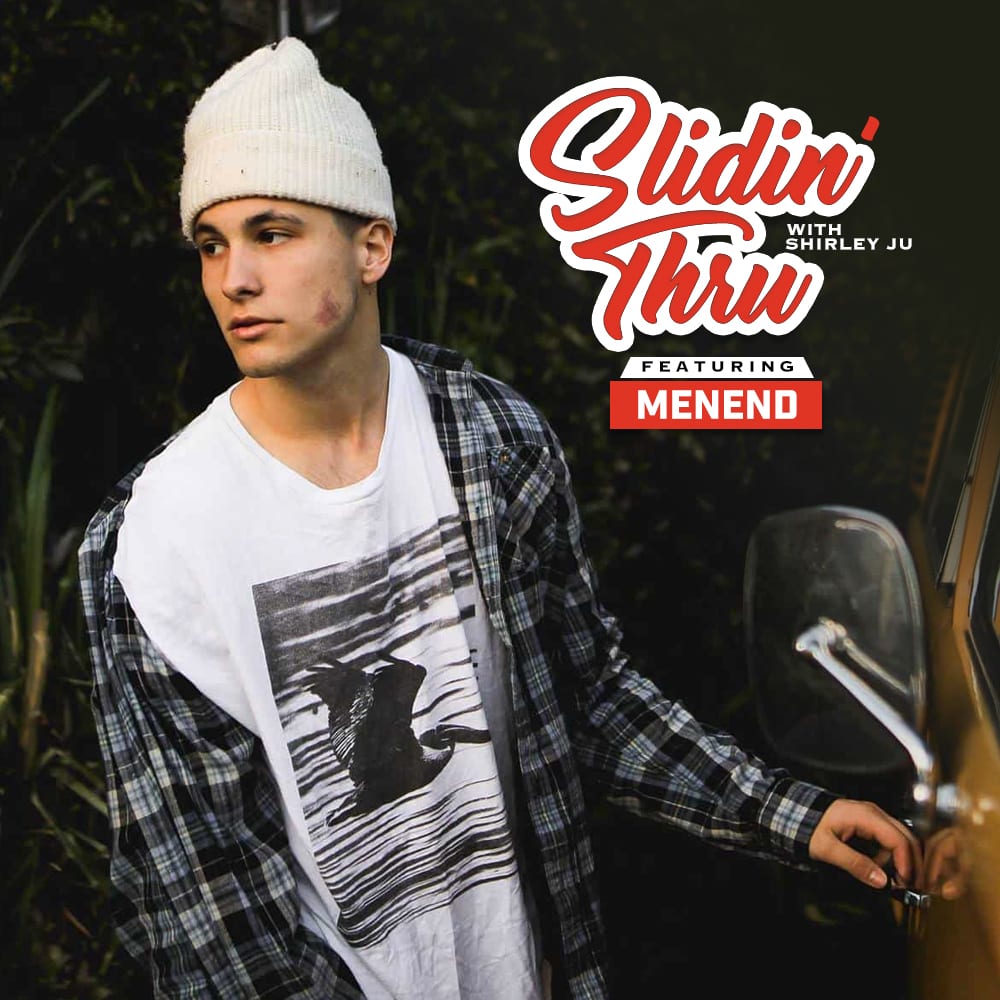 Menend is far beyond your average R&B singer. The Spanish native brings with him his European roots and mixes it with today’s new age pop and R&B. Newly graduated from UCSC in Santa Cruz, the 22-year-old is a jack of all trades. From singing to songwriting to producing to engineering, real name Javier Toledo Menendez proves he can do it all. Read more…

Falling under the umbrella of urban contemporary, Menend isn’t worried about the genre, he’s just focused on creating exceptional art. Over the past years, he has organically gained a core fan base through consistent releases and even selling out shows in both Spain and Cali. Having taught himself how to produce and make beats all on his own, Menend is a walking testimony of a kid who chased his dreams and is now turning them into a reality.

For those who don’t know, who is MenEnd?
I’m a Spanish artist, born and raised in Madrid. I’ve been singing and producing for the last 4 years. I just make music: pop and R&B, Europe and urban-influenced music.

Beyond R&B and hip-hop, so you make pop too?
Most of the artists that I listen to are urban. Even though I mix everything that I do with pop influences, pop sounds, and Spanish lyrics mixed with English, I wouldn’t consider myself a rapper ever. But I do make pop that’s more inclined towards the urban side and just mainstream.

What was the inspiration behind your name?
The name originally comes from Menendez, my second last name. You can get your conclusions from there. [smiles]

Being from Spain, how does that play into your life and career?
It’s definitely something that separates me from a lot of people. I realize people are curious about it. It does play an important role because it makes me different from a lot of other people that just sing like I do, produce like I do, write like I do. It’s just part of my personality and who I am.

When did you come to the United States?
I came here 4 years ago to go to college. I went to University of California, Santa Cruz. I just finished this past spring. I studied film with a music minor. Did you go to shows at The Catalyst? I love that venue.
I did! Shit, I performed at The Catalyst. I had my own show at the Atrium in The Catalyst, and I sold it out. 260 people. That was my junior year.

So this whole time you were in school, you kind of built yourself as an artist too?
Yeah exactly. When I came to the US, I didn’t produce or anything. I realized I was going to be by myself and I had to start somewhere. That’s when I started learning Logic and learning how to record, engineer, and produce myself. Then I just went on for 4 years releasing little stuff, building a little fan base, and eventually doing my own shows out here too. That’s how it started.

You engineer and producer all your own stuff?
Right now, I’ve been engineering my own stuff. I haven’t been producing it because now, I have access to so many amazing producers from LA, and from all over the world really. I’ve just been taken advantage of that. All the beats that I make and I would use for myself before, I’m just throwing them to the side so I can use for a different artist in the future.

How long have you been in LA now?
Well I was in Irvine for a month, but I’ve been here for 2 months now.

What’s your favorite part about the city?
The energy I would say. I haven’t really been enjoying it as much lately as I used to when I just came to visit. I feel like every time I came to visit when I was in school, I would always go to Venice Beach. I would always do stuff. I’ve only been to Santa Monica twice since I’ve been here. I’ve just been working: from the studio to another studio, to bed really. I’m not really enjoying the city, I’m enjoying more of the industry at this point.

What is your take on the industry?
It’s very new to me, definitely. The thing is, I didn’t just get into the industry as an artist. I’ve been managing myself and trying to understand it as much as I can by myself for 4 years. At this point, I can understand what my manager would say or my label would say, so it’s a different position. I’m not out here like “fuck the label” or “fuck so and so.” I understand the process and I trust it. I think it’s great and we’re going to do great things.

Do you have a direct manager?
Not right now. We have the label and people who I’m working with as a team, but no one I can directly call my manager.

I was vibing to your single “Drugs.” Talk about the inspiration behind this record.
I started messing with trap productions and I was trying to see what would fit with my vocal abilities into a trap song. I thought about this concept of a drug being a woman instead of a drug itself. It’s like “you could’ve been my drug, but you left me to all these different drugs.” That’s everything else in the world. It’s kind of a metaphor for that, it’s not like I’m a drug addict. [laughs]

How’s your relationship with the ladies?
It’s as great as it’s ever been.

You also unleashed a project titled Slivers of Love. What is it you want fans to get from your story?
That album was basically me just trying to… ‘cause I knew that eventually I wanted to work with other producers and other talented people. That was last year in 2017. It was kind of me being like, “Alright for now, I’m producing, writing, doing everything myself. Let me do a project that showcases all my abilities within that.” It’s 12 songs, and I produced, wrote, engineered, and mixed and mastered all of them. I was trying to create a vibe more than a story. All the songs have a different story, but they show the different productions that I do, from acoustic to super R&B to pop to trap.

What can we expect next? Are you currently working on a project?
Yeah. I mean right now, we’re going through the process of finding a sound we want to go for. Because I’ve been doing so many different things, we’re trying to make something coherent. Right now, we’re finishing the process of really making the music, and then we’re going to start selecting which ones we really want to finalize. And start making videos, finding features, doing all those things I’m excited for. What are some goals for yourself as an artist at this point of your career?
To make music that connects with as much people as I can. Be true to myself but also evolve, and just see where this takes me because it’s so early in my career.

How is your fan base back home in Spain compared to here?
Well, I kind of started releasing stuff when I came here, so I’ve kind of been growing them at the same time. But throughout the 4 years that I was in school, I was throwing my own little shows in Spain every time I went back during Christmas and summer. I would have anywhere from 60 to 150 people come out, so I kind of built it over there at the same time as out here. I have 50/50 support from the US and Spain.

What’s the best encounter you had with a fan?
Aw man. In Madrid once, I was out here in school and a fan sent me a letter that she had wrote me, in which she explained she was battling with a lot of depression and bullying. She was 15 or 16. She told me how she discovered me through her psychiatrist who said my music had helped a different patient.

Wow really? That’s crazy!
I’m not making this up! She started listening to it and she became a fan. She was going to come out to a show, but she was underaged and couldn’t get into the club. So I gave her free tickets to come to the next one that I did when I came back. When she saw me, she started balling. And we just took some pictures. That was probably the most special.

How important is social media for your career?
To me, social media is a creative outlet really. It’s definitely important in the age that we’re in. We all want as many followers as we can, this and that. Social media is basically a representation of your fans. It’s the same as going to a show, but it’s online 24/7. I also see it as a way to have a certain aesthetic, and that’s something that I value in every project and everything that I do. I want to have a certain aesthetic and I want to be calculated above that. I feel like social media is a really good opportunity to be creative and show who you want to be as an artist and who you are.

3 things you need in the studio?
Tea, a hoodie, and a comfortable chair. Oh wait! And a good engineer, if I’m not engineering myself. What would you be doing if you weren’t doing music?
I don’t really know because I went to school for film, but I never got into making the films. I do love the industry and films themselves, so I would probably get involved in the film industry somehow. But I don’t know how that would go.

Who’s the most played artist on your phone?
I listed to a lot of PartyNextDoor, Chris Brown, John Mayer.

Dream collab?
I would say PartyNextDoor right now. His vibe, his music, his projects… it all just works together so well.

Are you performing in LA any time soon?
I don’t think I’m going to be performing until we have the music ready. Not until we’ve been rehearsing and we have a vision for the shows. We’re not going to just throw me in front of the people. But soon hopefully, I love performing.

Anything else you want to let us know?
LA, I love you. Young California, I love you. Thank you for this opportunity. 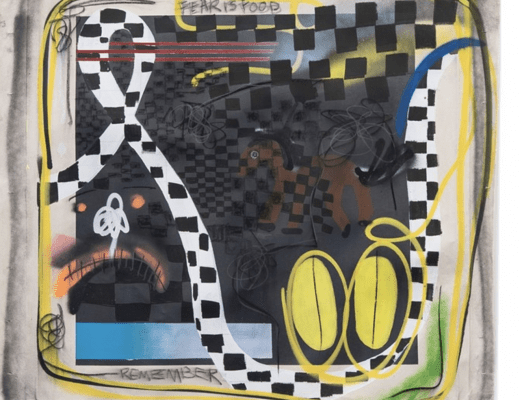 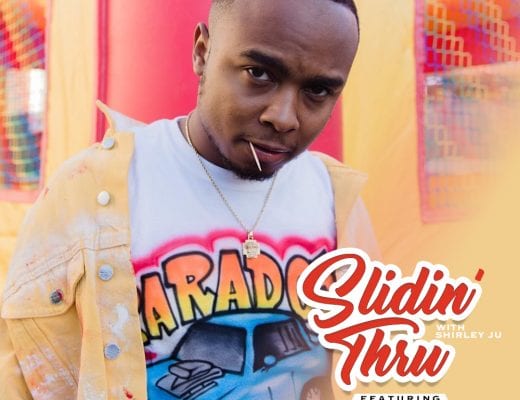