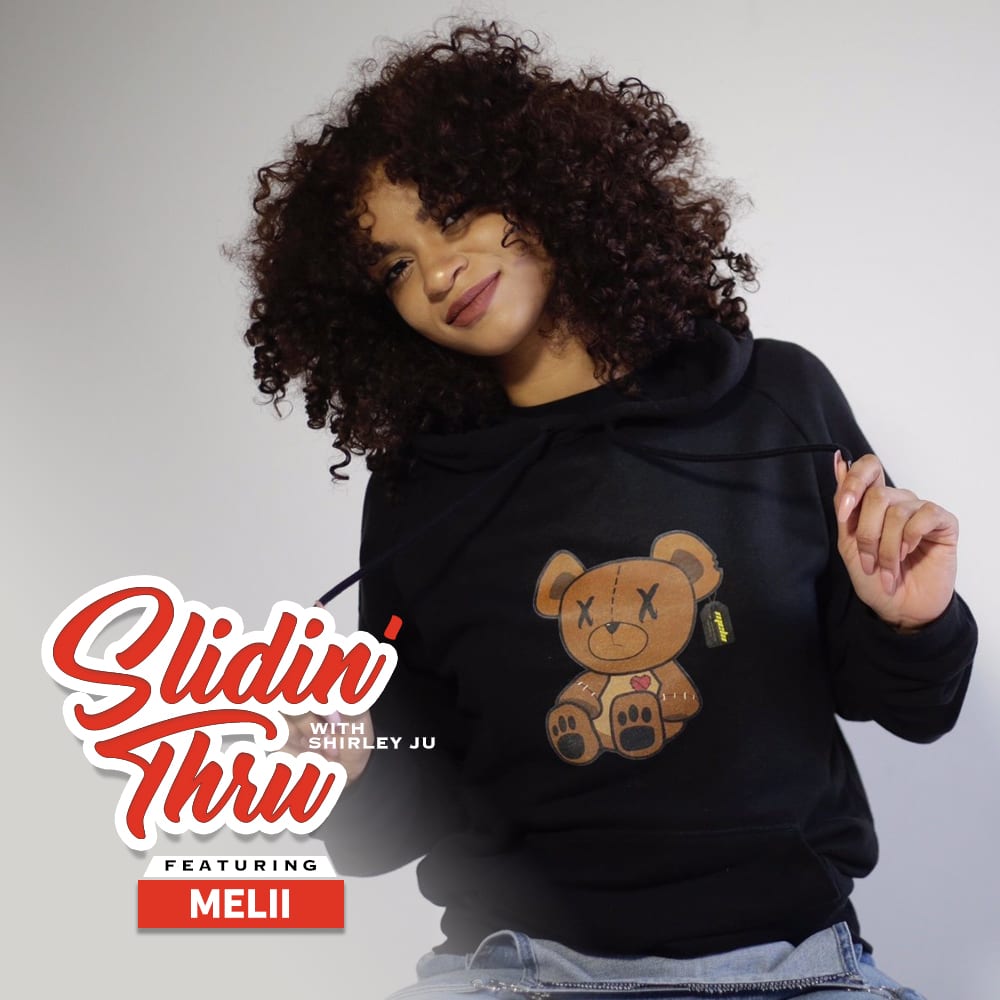 Melii is a little fireball who brings the energy wherever she goes. Based in Harlem, the bilingual Spanish singer, songwriter, and rapper exploded onto the scene with her remix of Cardi B’s “Bodak Yellow,” showcasing her ability to deliver braggadocious lyrics over hard-hitting production. With her single “No Simple Chick,” she proves those words exactly, almost effortlessly. Read more…

At just 20 years old and signed to Interscope Records, Melli is a testimony to women all around the world to stay true to themselves while putting in the work to chase their dreams. Now, she
locks herself in the studio preparing her forthcoming debut titled Phases, the perfect introduction to who she is as a person, and recording artist as well.

For those who don’t know, who is Melii?
Melli is a very happy and loving person. Very selfless and genuine. She is a go-getter, a hard worker, and a very passionate person.

Where do you fit in the realm of hip-hop and R&B?
As a 20-year-old, I’m still trying to learn myself. I just go with whatever flows in the studio right now. I feel like I’m just tapping into anything as a musician and an artist.

You’re from New York, how does that play into your life and career?
Being from New York, my career definitely pays off because of the swag and the different types of flows that I take. The different metaphors or things to relate to in your music, I get just by looking at other artists from New York. How important is it to come to LA as an up and coming artist?
It’s definitely important for me because I feel like I do separate myself from just being home and not working, etc. I’m still working when I’m home, but I definitely feel like when I’m out here, it’s good for my headspace. Just to follow like “okay this is our schedule, these are the dates.”

At what point did you realize this music thing was forreal?
Once I got signed. I was just like “oh shit, this is a career now.”

What was the inspiration behind your name?
Melii comes from the word mellifluous, and mellifluous means sweet-sounding. My name on Instagram was @mellifluousmelii, and Nelly is my middle name. It doesn’t even sound weird when people say Melii, I just changed the ‘n’ to ‘m’.

“Icey” is at over 1.5 million views. Did you foresee it blowing up like this?
No I didn’t actually. I still don’t know how it happened.

Talk about shooting the visual.
It was definitely a cold day in the desert. I was very hungry and aggravated at one point, but it was a fun video. Everything was how we planned.

Do prefer performing the record in Spanish or English?
Spanish, because it goes way harder. And that’s what it was supposed to be originally.

What is it you want fans to get from your story?
Life is hard, but there’s always a way to come out winning and prospering. You can do anything you put your mind to. What are some goals yourself as an artist at this point of your career?
To not get distracted by what’s going on now. Good music is good music regardless. I’m not going to change my sound because “oh this sound is going.” Just to remain true to myself.

Why is it important for you to be called a king not a queen?
It’s not important for me to be called any of those. I don’t actually give a fuck if people say I’m a queen or king. I honestly feel like when I posted that, I was like “oh I’d rather just be a king.” It’s because I’m so tired of people telling me I had to be a queen. It wasn’t that deep. It was really just that if I want to be a king, if I want to be fucking diaper one day — if I want to do whatever the fuck I want to do, and still feel confident about myself being whatever word it is or definition of it — then let me be that. [snaps]

How important is social media for your career?
Social media definitely plays a big part in it, but it’s my enemy right now. Because I’m still transitioning from being a person who was always out, to then having a big thing happen in my life and then shying away from the internet. To now having to post on the internet because it’s my job.

What is that big thing that happened in your life?
Definitely stay tuned to Phases, it will tell you. I talk about it in the songs. It was definitely a very life-changing event, that just contributes to me not being on Instagram as much.

What did you do with your first advance?
My first advance was definitely blown on clothes, food, and family members. 3 things you need in the studio?
I definitely need the lights off, I need it to be cold, and my team.

What’s a normal day in the life? Walk us through.
A normal day in my life would be waking up, going on my phone, and having my best friend be like, “Are you ready? Because we got things to do.” [laughs] Then we end up doing whatever the label got scheduled for us. Once I get home, I fall asleep. If I have a free day, I’ll probably sleep my life away and tell people I’m busy.

Do you have pets?
I had a pet turtle as my first pet, but it died. Well my brother killed it. I had a dog, but she really wasn’t my dog. Then I had a Yorkie, but they were all taken away.

What’s the best encounter you had with a fan?
I was drunk one night, it was me and my friend Megan Ryte. She’s like my sister. We were coming out of some evevt with Joey Bada$$ event and a f̶a̶n̶ supporter ran up on us asking, “Are you Melli?” I was like, “Oh my god, yes.” That whole night, people just kept coming up to me, but I remember hers.

Best friend: Oh I remember! She was recording, we were taking pictures. She pulled up rollin’.
Outside of the building. We were literally recording and a fan ran up. She came on the video and were like “owwww” for 30 seconds, just being loud. I’ll never forget.

Who’s the most played artist on your phone?
It would have to be Tory Lanez. “Grandma’s Crib,” I love that one. I love “Honda Civic,” “Initiation,” “LA Confidential,” “The Mission,” “Bodmon Song.” I love all his songs. And “Leaning” with PARTYNEXTDOOR, that’s actually one of my favorites. Dream collab?
My dream collab is definitely with RiRi. And J. Cole.

What are you most excited about for Rolling Loud?
Being on the Rolling Loud lineup is definitely an eye opener, and I’m actually scared as shit.

What advice do you have for an aspiring Melii?
That if you pay attention to other people’s negative advice, instead of taking it and turning it into a positive, you will only put extra pressure on yourself. On things that can be so light. And if you’re trying to be an artist, remember that not everybody’s going to be a fan.

Anything else you want to let us know?
I’m that bitch! [laughs] Phases will be out soon. It’s just an introduction. 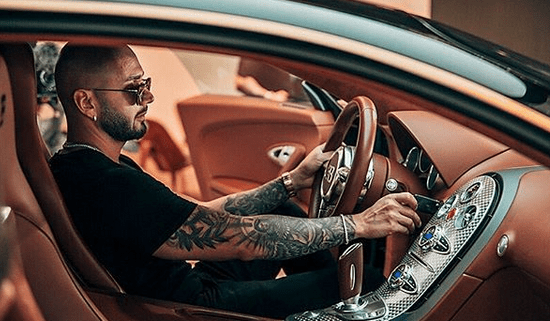 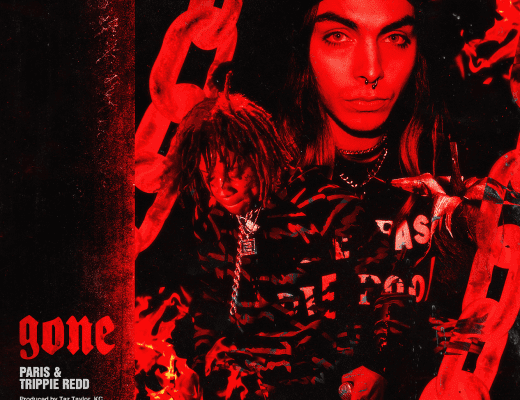 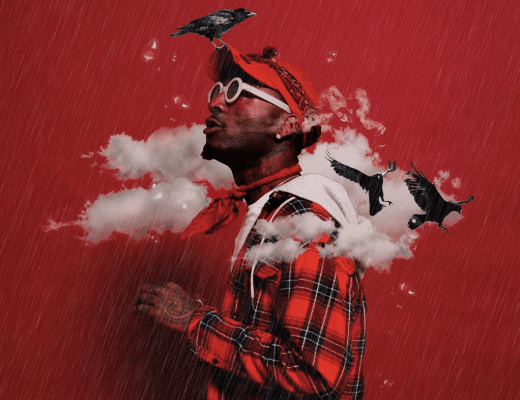