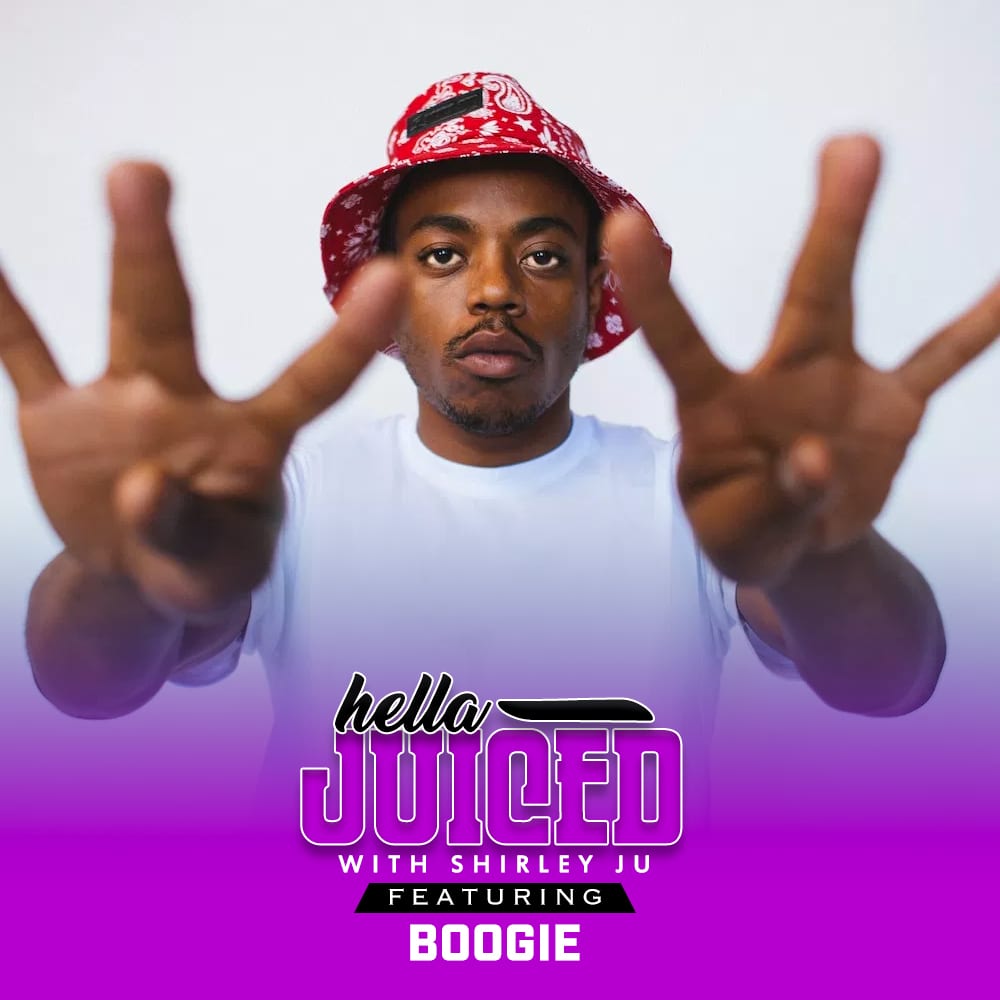 2018 is the year of melodic rap, but it’s also the year hip-hop lovers crave those raw and uncut, hard-hitting bars and flows that the world’s most popular genre was founded on. For Boogie, he masters and delivers both. Hailing from Los Angeles, the Compton native stepped into the mainstream light with his 2015 single, Oh My,” only to outshine himself a year later with “N*gga Needs.” Read more…

And still, nearly a decade deep in the rap game, the West Coast spitter’s most proud accomplishment to date might have arrived last year, when Eminem personally reached out and brought him to Detroit. If that’s not enough, Em even took to his IG story to call Boogie’s forthcoming Shady Records debut “one of the greatest albums coming out this year.”

Real recognize real. As fans wait patiently on any news of new music, Boogie confirms the rumored SELF title is scrapped.

For those who don’t know, who is Boogie?
Boogie is a rapper from Compton, California. I’m a ratchet n*gga, and I’m conscious at the same time.

Where do you fit in the realm of hip-hop and R&B?
I listen to R&B more, but I can’t sing that good, so I make rap more. That’s why I mix R&B with it. I guess I’m right in the middle but in my head, I’m all the way on the R&B side. You’re from Compton, how does that play into your life and career?
I just talk about what I go through. I guess that’s the only way to play into it because Compton is my life. That’s where I got my attitude and everything else from. It just comes out in the music.

How important is it to come to LA as an up and coming artist?
It’s big. I feel like in rap it’s LA, New York, Atlanta, and down South. You got to go to all four of them places.

At what point did you realize this music thing was forreal?
I’ve been making music since I was like 16. When I had a kid, I said I’m going to take it serious. That was 9 years ago. My kid is 9.

Son or daughter?
I got a son… who just spent $1,200 on Fortnite, and I’m pissed about it. I’m so fucking mad at him right now. I just found out today. My business manager texted me and sent me the bill. I’m pissed.

What was the inspiration behind your name?
I was watching this movie Paid In Full and there’s this character called Ace Boogie. He’s real socially awkward. I guess my cousin was trying to shoot on me at the time and call me him. I just ran with it.

“N*gga Needs” is at 7.6 million views on Youtube. Did you foresee it blowing up like this?
I didn’t. I think at that time, I just was looking forward to 500K views probably. I don’t know, but one million was super big for me at the time. 7 million is crazy. I didn’t even know it was at that honestly.

How has your sound evolved since?
I just got better naturally working. I’m more comfortable with my singing voice now. I feel like the rapping, I’m just going to always keep pushing myself to do new flows. It was natural growth.

In “Oh My,” you rap, “Before I started rappin’, if you niggas heard my story / Bet you’d be like, ‘Oh my goodness.’” What sets you apart from these other street rappers?
I feel like me even saying I’m really from the streets is cliche now. I don’t think there’s anything that really sets me apart. I think there’s a lot of dudes that’s coming from situations and struggle, but a lot of people just don’t know how to articulate it the same. I’m just nice with the pen. I know how to say shit better than all these rappers, but I’m not saying my struggle is harder than nobody’s.

“Self Destruction” is a bop. Talk about your mindstate creating the record.
Usually when we’re making songs, I just be going in there freestyling melodies. Sometimes words will be in it, and that one just happened to have words in it. I just ran with the words because it sounded fire.

That’s it?
Yeah, I just ran with it. I don’t write. A lot of people don’t write. I haven’t wrote since my freshman year in high school.

Not even Notes on your phone?
I got Voice Memos, like for some melodies. But yeah, I don’t play no games.

The visual is crazy too. Talk about bringing the record to life.
I’m just lucky to come across dope directors. I think “Oh My” was dope just because of the natural energy. We just was turnt. There wasn’t no super concept behind it. Then I met this lady Gina who shot “Nigga Needs” and a couple other of my videos (and all my upcoming videos about to come out), and she just so happened to be fire. My manager shot “Self Destruction.” I have no part in this direction of the videos. I just rap. When you make fire music like I do, and you get videos, they just make it super fire.

What is your take on the music industry?
I mean, it’s fire. Everybody got power to do what they want. Of course, there’s a lot of bullshit out there. It’ll get frustrating at times, but I think it’s lit. I don’t really care honestly. I just do what I got to do. I feel like no matter what time it is, no matter the climate of the industry, we’re still going to do what we got to do on the side. What are some goals yourself as an artist at this point of your career?
A Grammy. I want a Grammy, for sure. Then I want to drink out of it.

Have you been nominated?
No. [laughs]

I’m surprised.
Thank you. That’s tight you asked me that, that made me laugh. Right now, I’m finna go on my own tour soon. That was one of my goals: perform in an arena. Headline in an arena, that sounds fire. I got a lot of goals. I want to be a basketball coach for kids. Some clothing shit, but I don’t really want to be designing shit. I just want to “okay” some shit. That’s it right now.

One of my questions was what would you be doing if you weren’t doing music?
Basketball coach. That’s my vibe.

You got a nice jump shot?
What? I’m coaching, but my jumper is cool. It’s straight. I got to work on my 3 though. What did you do with your first advance?
A bunch of Postmates. We just destroyed the Postmates vibe for a year. Ran it up on Postmates. That was the biggest thing. It was big.

You need a partnership with them or something.
I might have a collab with Postmates dropping, you never know. [laughs] Fuck with me Postmates.

How important is social media for your career?
It’s super important. I’m not that good at it, because I don’t really be caring about it a lot. But I be pushing myself to care, because I know how much power I got in it. I only post fire shit, so niggas know I break the internet when it’s time to break it. But I ain’t broke it in a minute.

What’s a normal day in the life? Walk us through.
Wake up, get some coffee — I’ve been on tea lately ‘cause I”ve been sick. Backwoods or Fronto Leaves, then either 2K or the studio, depending on what vibe I’m in. Or either the studio then 2K, in that order. I breath studio vibes.

3 things you need in the studio?
Backwoods, coffee… weed and Backwoods are the same thing, so water.

Favorite song to perform in a set?
“Silent Ride Home” because it’s not out yet. I just like performing that shit.

What’s the best encounter you had with a fan?
Man, I done had some great moments with fans. From the paintings someone brought me… to somebody brought me a jean jacket with my face on the back. I met this disabled dude who’s a super Boogie fan. That was big for him to be there because he was in a wheelchair. It’s no one bigger than the other though. Just knowing my music is touching people across the world. I’m talking about hood shit in content and they still relate to it, that’s fire.

Who’s the most played artist on your phone?
Right now, it is Summer Walker. That’s my dawg. Do you know her?
Yeah, we’re in the same management. She’s with LVRN too.

They’re from Atlanta right?
Yeah, they’re just my guys. I’ve been with them for about a year. I had to find new management.

Dream collab?
Lauryn Hill. Actually, I’m kind of cool on her right now. I hope people see this, because she be late to shows. I don’t really fuck with that. [pauses] Jay-Z right now. 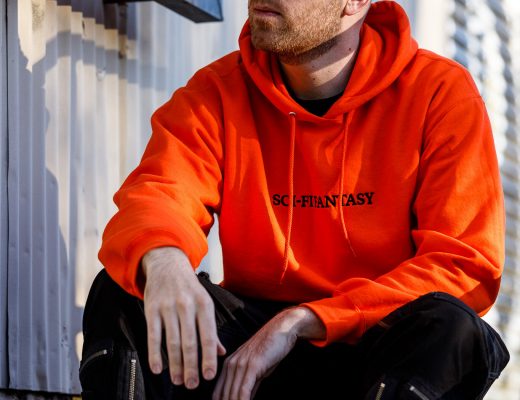 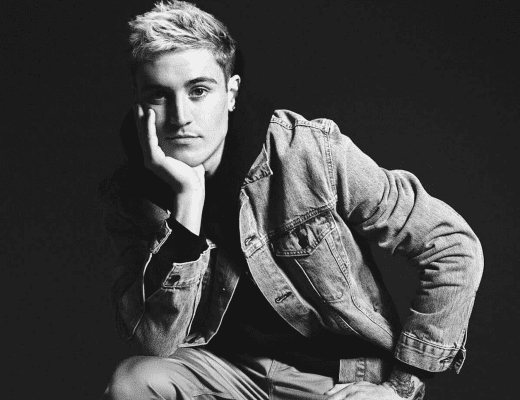 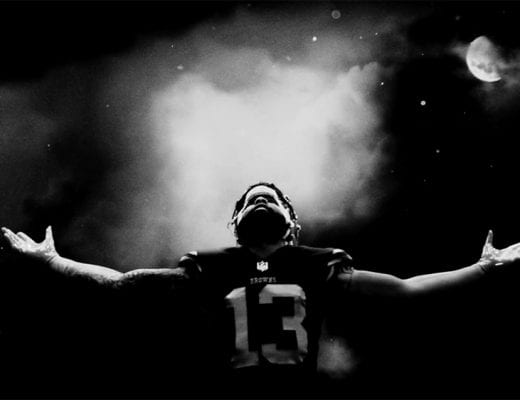