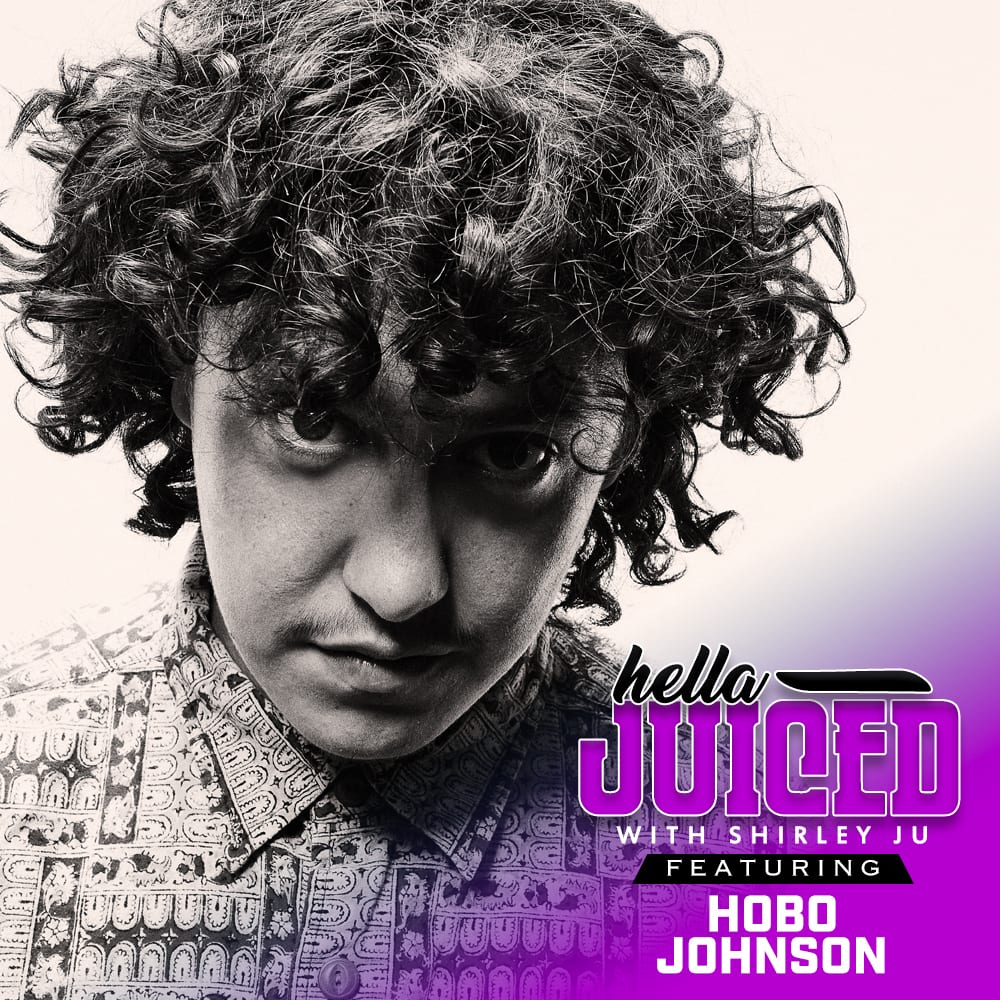 Hobo Johnson is here to prove dreams really do come true, if you do everything in your power to get there. Hailing from Sacramento, the “Peach Scone” artist can hardly be boxed into any one genre, creating his own lane of music that sounds good, feels good, and speaks volumes to the masses. Read more…

Blending the realms of hip-hop and spoken word, real name Frank Lopes Jr. created a huge buzz online through being unapologetically himself. Traveling with his Lovemakers band, his recent NPR Tiny Desk performance currently hails at over 2M views and counting. In addition, he is currently on the road in light of his debut album, Rise of Hobo Johnson, home to standout records “Father” and “Romeo and Juliet.”

For those who don’t know, who is Hobo Johnson?
Hobo Johnson is a 23 year-old guy, who likes to play music and tries to feel better about the world.

How would you describe your sound?
I would say alternative hip-hop, folk, poetry. Somewhere in there.

What’s the weirdest way someone has described your music?
The coolest one was Daniel Johnson with da mic, which is interesting. But he said ‘da’ mic, which is a funny way to describe it. Being from Sacramento, how does that play into your life and career?
Coming out from Sacramento, it’s a really weird place to make music. Everyone knows each other, and it’s just a bit strange. In LA, it’s a lot different to come up here. I don’t know, the come up felt a bit more natural. More homegrown and more grassroots.

Are you married by the way? [points to ring]
No, it’s my right hand. A fan gave it to me in Phoenix, as a representation of all the fans who care, or that I affect.

What has been your greatest encounter with a fan?
That one’s pretty good. A lot of times after the show, people will tell me that I saved their life and shit. Always to hear that, it’s a whole different level. No matter what kind of day you had, when you hear that… that’s what it’s all about.

At what point did you realize this music thing is for real?
Probably once we released “Peach Scone,” so that was in March. Before, it just felt like we were climbing uphill very slowly, and you’re sliding and slipping. But that day, I realized my dream was about to come true. I’ve been doing music since I was 15.

What’s the inspiration behind your name?
I was homeless living in my car for like a month. We made an album in my car called Hobo Johnson’s 1994 Toyota Corolla. I didn’t have a name at that point, I was just making beats and eventually started calling myself Hobo Johnson.

What did you get kicked out for?
So I was living at my dad’s house, and him and his ex-wife had this really, really bad relationship. His ex-wife hated my guts, so she would often do crazy shit to me. One day, he just told me I had to go.

“We’re Not That Bad” Is about the Sacramento Kings. Talk about being so loyal to a team that sucks.
It is very hard. There’s been days where I would watch a Kings game and it would just put me in a very bad mood. It would ruin my day. Watching the Kings get blown out by like 30 points sucks, because I just care so much. But now, they’re getting a lot better. It’s the first time in the past 15 years that they’ve been above .500.

They have a better record than the Lakers right now!
The Lakers are not doing good.

Talk about what goes into your creative vision in releasing records.
Just being myself, making weird shit. That’s my creative vision, is being who I am.

You just released the video for “Father.” What do your parents think of it?
That sums it up. My dad thinks it’s fine. It’s about him. He heard it a long ass time ago. His ex-wife hated that song though, I rant about her a lot on the second half of that song. They actually didn’t know I had that song, and then I got a write up in a paper. She heard the lyrics for the first time in the paper. It was my first write up in the paper. She was reading it and was not happy. Because the lyrics are, “My father’s married to a shape shifting monster, who can sometimes take the form of a really, really, really nice woman.”

What did you say? Did she confront you?
No, this was after I moved out. She freaked out though, she would keep bringing it up. They’re divorces, so I could give a shit what she thinks. She’s crazy.

Do you get a lot of backlash for the things you say?
Yeah. I think in the internet age, everyone’s very easily criticized. I definitely feel criticized, but that’s just a part of what happens.

You released your debut album, Rise Of Hobo Johnson, this year. Talk about the creative process and how long it took you.
I wrote that album over the course of maybe a year, but then I produced it in a couple months. The creative process is just me writing poems, and then I made the beats and just melted them together. It always starts with poems. Did you teach yourself how to produce?
Yeah. Youtube has taught me more things than anyone else has.

How often are you on it?
I try to get off as much as I can. I’m on for like maybe an hour a day. 30 to 45 minutes a day, which is way too much. There’s just too many little things: too many opinions, too many pictures. It’s bad for your brain to just see too much.

What’s a normal day in the life? Walk us through.
On tour: I wake up at 12, I go take a shower, I ride my bike, I sit in the green room, then I play a show. I drink a little bit, and then I go to bed. Not on tour: work on music, stress out about stuff. Do you stress often?
I am a very anxious person. Nothing you can do about that.

How has music been a form of therapy for you?
It just lets me get out that anxious energy. Especially depression, it helps a lot when I’m depressed. I can be able to get the stuff I’m saying out. Sometimes you have people to talk to, but you don’t wanna talk to them about that shit. It helps me just get it out.

3 things you need in the studio?
Water, laptop, and cigarettes.

Favorite song to perform on a set?
“Peach Scone” is fun because everyone knows it, but “Romeo and Juliet” is fun for me. We have a new song called “You and the Cockroach” that I really like.

Who’s the most played artist on your phone?
I scatter a lot. Probably Bright Eyes.

Dream collab?
For my shit, it would be Timbaland, to produce my shit. But I would really love to work with Conor Oberst. That would be sick. Timbaland or Conor.

How tiny is the actual desk at NPR?
It’s a normal sized desk actually. It’s a wrap around, so it’s not that tiny.

If you had one super power what would it be?
I think super speed, so I can go everywhere I want to go. I could fight crime if I wanted to. That’s the thing about super speed, you’re very fast, so you can punch very fast. If you could run to someone, punch them and run away, then you could do whatever you want. I would use it for good.

What advice do you have for an aspiring Hobo Johnson?
Nothing matters. Do what makes you happy, at the end of the day you’re going to die so do whatever makes you happy. If anyone cares enough about something and you put your soul into that shit, it’s going to work out. 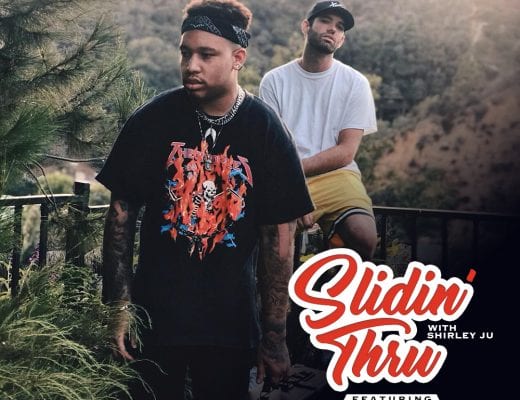 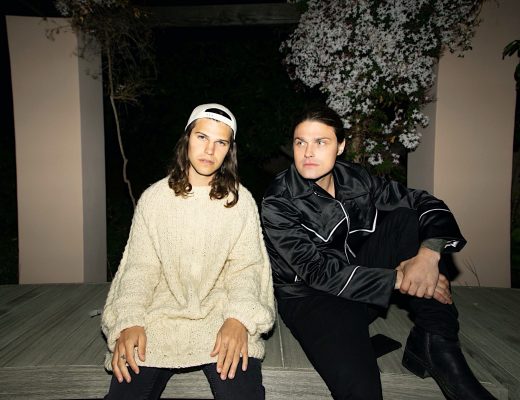 DVBBS | “FOOL FOR YA” OFF FORTHCOMING ALBUM 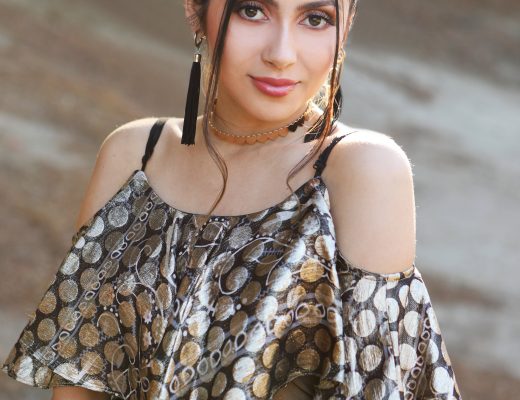