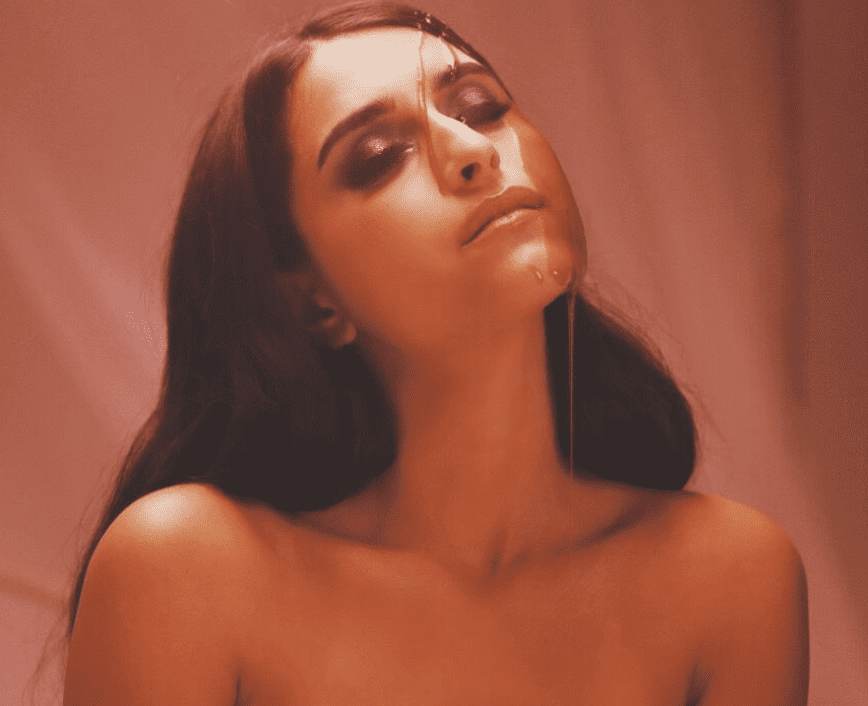 If you haven’t heard of Gia Woods, you’re about to be smitten. At just 22 years old, the singer-songwriter displays not only musical talents through her smooth, sultry vocals, but also bravery and courage be to unapologetically herself

While coming out as a lesbian through a music video — specifically to her traditional Persian parents — may be the boldest, scariest moment in anyone’s lifetime, the “Only A Girl” singer turns her hardship into one of the most pivotal moments of her career. As her fanbase continues to grow daily, it’s the support of the LGBT community that she cherishes most.

Born and raised in Los Angeles, the pop sensation has been doing music since a young age, getting her start in orchestra in 4th grade before transitioning into choir. Arriving as your average girl-next-door with undeniable charm and personality, while sporting a confident, bad bitch attitude stemming from her tomboy side, Gia is authentic to the bone, which is exactly why audiences can’t get enough of her.

Someone described you as the Madonna of our generation. How would you describe your sound?

Oh my God, that is a huge compliment because she’s my biggest inspiration. I’m obsessed with her. People used to say I kind of look like her. [flips hair] My sound is moody, sensual, and definitely fun. I would say it’s pop. There’s no way of saying it. People are always like “is it pop? Is it edgy?” It’s honestly whatever you want it to be. [laughs]

What was the inspiration behind keeping your name?

Gia was actually inspired by Gia Carangi. She was a model back in the day who unfortunately passed away from AIDS. She was one of the first people in the supermodel world to die from that. It’s a crazy story but when I was watching the movie that was based on her life, I was immediately drawn to her. I saw a lot of parts of myself. She just had this whole persona which was androgynous, but also confident. She didn’t care what anybody thought about her.

When I was growing up, I was always the shy closeted girl. When I saw that, I saw myself becoming that person. It’s crazy because her sexuality too — I wasn’t even familiar with myself growing up. When I saw someone owning that, I was immediately obsessed. I’ve always loved the name Gia too, so it all came together. I was like “I’m meant to be Gia.”

Woods, that’s a crazy story too. My mom named me after Natalie Wood the actress, so it all came from inspirations growing up. I definitely didn’t want to use my real name, I wanted to keep that to myself. And I never felt like a Natalie, so Gia’s the one.

I think everyone wishes they had a different name. Now that I’m doing music, I’m like “why not?” I can finally become who I want to be, and pick the name I’ve always wanted. Thanks, but no thanks.

Well I didn’t really know how I was going to get into music because it’s not like everybody is grown into connections. Or you have someone that can help you or believe in you. It all started from senior year of high school, I was scouted through a choir performance. We had these open mic nights at coffee shop. You could sing whatever you want, but you have to be in the choir.

My manager was there (I don’t know why). We built a relationship and they helped me go to studio sessions and work with the producers. At that point, I had to either make a decision of going to college or going the musical path. Since it was literally the month before making the decision of which college I want to go to, I had that time. It just happened. She came to my performance that month before I had to make a decision. Isn’t that crazy?

Obviously, I’m going to pick music. It was all perfect timing, I got lucky. Because I’m not doing American Idol. That’s what I was thinking. I was like “what do people do? How do you get your foot in?” Not everyone knows there’s possibilities in reaching out through different emails or bothering execs. I didn’t know any of that, you learn as you go.

What do your parents think?

They’re still not really sure with what I’m doing. It’s really funny. I’m like “mom, I just went to New York to do some press runs.” They’re like “what’s press runs”? I’m like “okay well you sit down and talk to so and so.” They’re not 100% sure. “When are you going to be on TV?” I’m like “TV is for actors.” Old fashion Persians. [laughs] It’s funny because I’ll tell them my first song “Only A Girl” has 10M views and they’ll be like “whoa.” Those are the little moments where they see it’s happening for me.

That was my next question, did you think “Only A Girl” would blow up like this?

What were your initial feelings going into it?

I was nervous because my parents were in the other room when the video dropped. I just remember sending the link. That was actually my way of coming out to them, literally sending the link.

Did you have support around you?

It’s weird. I was nervous because I didn’t know what was going to happen. When I sent them that link, I was expecting the worst of the worst. It’s funny because I got an in denial reaction. [chuckles] My mom comes in and she’s like “oh my god I saw the video, it was amazing. I loved it. You’re just doing this for the music right? You’re just doing it for the persona?” I’m like “no, this is really my song. This is what I wrote about, this really happened.” That was tricky. I know she knows, she’s just in denial about it. I just have to go with the flow and hopefully ease into it.

My friend is Egyptian and her sister just came out, and her parents just started crying. What advice do you have for other females who are too scared to come out to their family?

I mean, everyone has their own path. There’s really no rules. It’s just when you feel the most confident and stable in your life to be able to come out to them, ‘cause you’re never going to know how their reaction is going to be. You should always be prepared for whatever your parents are going to do, but always have a plan. Like if you can sleep over a friend’s house… you never know. Never be afraid to go for it when you 100% feel confident in yourself. Because if you’re still unsure, no one’s going to support you if you don’t support you.

I know you used to be shy, which I can’t tell right now.

I’m really shy. I used to lip sync in choir. We would sing songs and no one would know I was singing. I was shy! I didn’t have that many friends growing up. I was anti-social. I didn’t know how to put myself out there. Choir really shaped me to be this person because I was forced to be in front of people, forced to be stared at through an audience. I just remember the feeling of that and couldn’t imagine going to college and never being able to step foot on stage again.

It’s all thanks to my sister too, because she convinced me to continue choir. Going into high school, I was like “I don’t want to have this as my elective, I’d rather do something cool.” My sister was like “no, you’re gonna do choir again.” So she put my name on the report card and sent it back. I go to school the first day and see that it’s on there, I’m like “great!” I wouldn’t be here without her either, it’s crazy.

“Jump The Fence” is a vibe. Talk about your mindstate in creating this one.

This song was inspired by how a lot of times, there’s a lot of outside opinions. From your friends, family, or even people you don’t know that well, advising you “this is how you should be, this is how you should talk, this is who you should be with” — just in your ear. A lot of people can relate to that. This is an opposite song. I’m being open about how I want to follow my intuition and do whatever it is that makes me happy, because I don’t want to live my life for anybody else.

You’re only 22. What are some goals yourself as an artist at this point of your career?

Honestly, I would love to travel and tour. I want to play shows, see the world, meet fans, and just grow a following. I want to make my own little fan cult of people that feel like they can come to me for anything. I love answering people on Instagram and DMs. I just want to connect to people and travel.

It’s definitely important. Sometimes, I have a love and hate relationship with social media, just because people can put whatever they want and show whoever they want people to see them as. It’s important when it comes to promoting your songs and hopefully connecting to people, but it’s also important to keep a little bit of yourself for yourself.

I think her name is Yesjulz. I really love how she’s aware of which artists are on the rise and all that. I love keeping up with her and seeing who she’s listening to.

Ooh, Barstool. I love Barstool. It’s an Instagram page where they post weird videos of random things happening. It’s like a meme thing, I love that. I actually just met with them too. I did an interview with them on Chicks in the Office, this live podcast they run on Sirius. That was really cool. 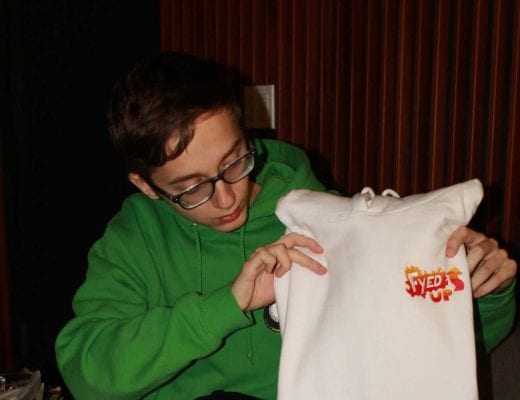 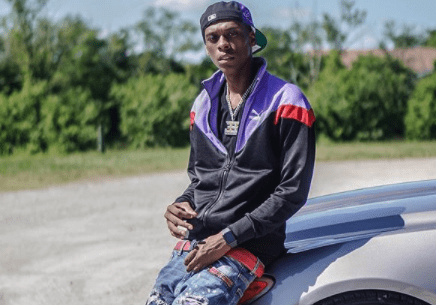 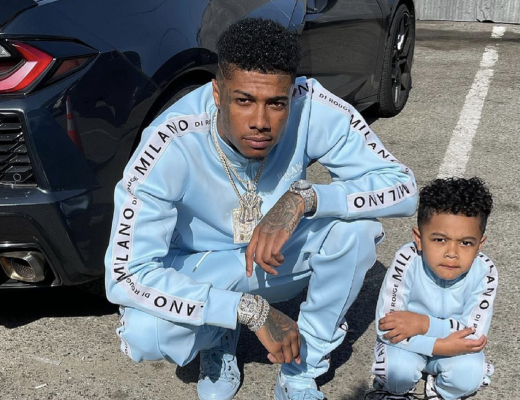 Exclusive: Blueface Breaks Down What Goes Down At Blueface Girls Club & Viral Video of Females Getting Tatted