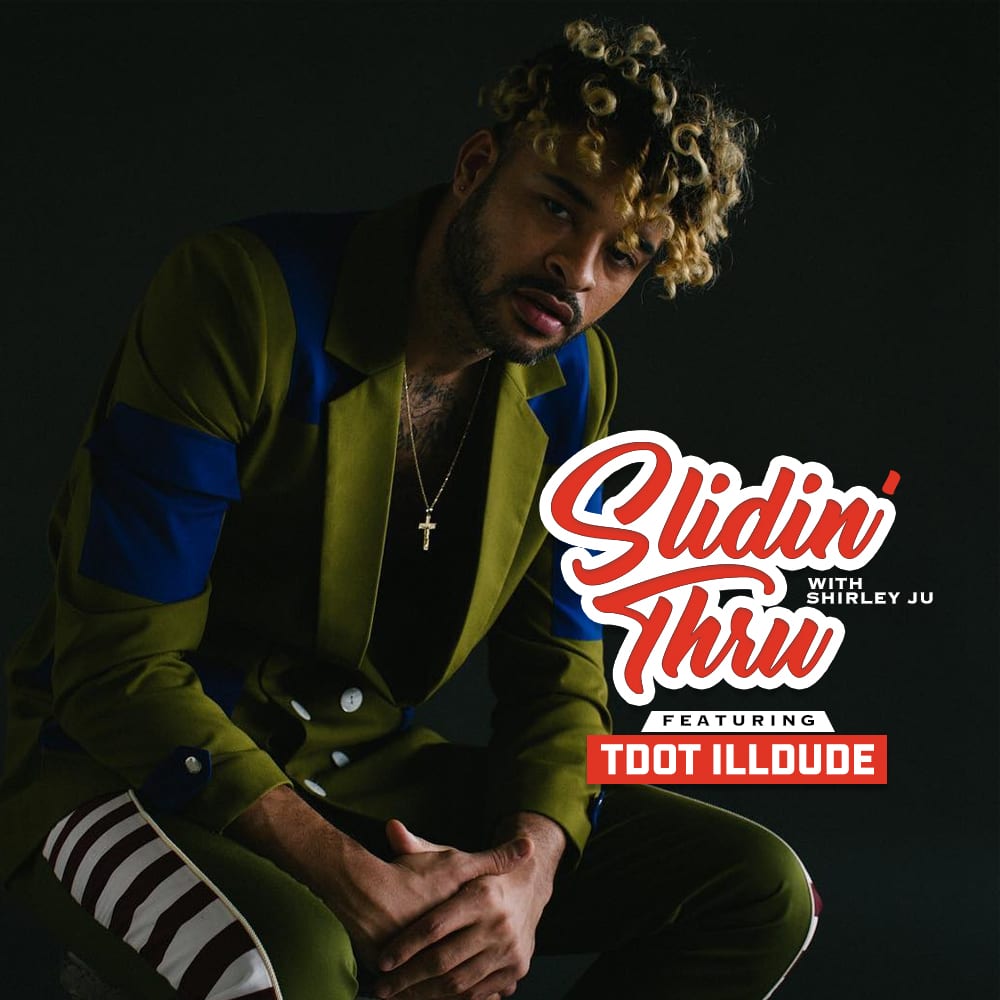 TDot IllDude is here to provide you with the vibe, which is “anything that makes you feel good.” Hit play on any one of his Vibe Is Heavy mixtapes, and you’ll soon understand the phenomenon that lies within. Creating is own lane of trap, the rapper and singer can spit bars and flex vocals, with the capability of creating feel-good anthems for damn near anyone who listens. Read more…

Hailing from New Jersey but now a proud resident of Los Angeles, real name Thomas Goodwin continues to do what he loves, which is rap and take care of his people — without compromising his morals and beliefs.

Where do you fit in the realm of hip-hop?
Sonically, I always tell people Wyclef Jean. It’s a crazy mix between Drake and DMX. Drake type of content at times about females and the basic stuff that all young fly niggas go through, but not so smooth. It’s a little rougher around the edges like DMX. Struggle shit. Even the textures in my vocals are more like DMX or Wyclef, but mixed with Drake. I used to say mixed with Rihanna, but that threw people off for real.

You’re from New Jersey, how does that play into your life and career?
Coming up in that climate, it taught me to hustle. There’s really not a lot of opportunity. I’m from a town called Willingboro in South Jersey, on the outskirts of Philly. Philly is our big market. It’s a real cutthroat place where it takes a lot to get respect. It was always that much harder for no reason except that I’m from Jersey. They’d be like “oh these corny niggas.”

Philly has a lot of haters and obstacles but at the same time, there’s a lot of talent. A lot of amazing artists and rappers. When you’re from Philly and you start to reach a level of success, it definitely came from hustling — or somebody was hustling on your behalf.

You moved to LA 5 years ago. What’s your favorite part of the city?
I love the city. My favorite part is everything I hate back home. People who don’t come here always say “oh, it’s Hollywood, da da da.” I’ve been treated better here than back home, better than anywhere I’ve ever been. I don’t mean by the fans, but the DJs and the gatekeepers. They’ve shown me mad love. They’re not like “who you know?” It’s simply “I like this guy’s music. He a cool dude, he’s respectful – I’ma give it a shot.” The shit performs well in different spaces and they keep rocking with it. It’s no bullshit. I was bumping your Vibe Is Heavy 2 on the way over here. How have we not crossed paths?
I probably need to be more visible. I haven’t done a lot interviews. I just be making music for real. This year, I plan on doing all the things I need to get my name out there more. Honestly, any buzz I’ve gotten has strictly been from my songs, and that’s what I’m happy about. It’s no goofy shit. I don’t do pranks. I don’t do IG skits. No disrespect to anybody who does it, but I don’t do it. I’m not going to do it.

And not for nothing. I’ve been out here for 5 years, but I haven’t been on this level for 5 years. When I first came out here, I was sleeping on floors. I wasn’t even on no artist shit. I got a production company, we sell beats and write songs. I got a lot of songs on TV shows, a lot of different placements. When I write a song for somebody, I don’t post it on my IG. I don’t want no clout for that, I just need my check. I want people to know me as TDot Illdude.

What have you done? Most recent.
Honestly, I’m not going to lie, it’s a blessing. Placements have been my own music on TV shows. The most recent thing I got was The Resident. On top of that, I’ll write something for somebody, then they’ll keep me on. Or I’ll just submit hooks. Like with Meek, I’m doing hooks — who knows, Travis Scott might sing a hook. He’s like “nah you’re staying on, you fire.”

Are you independent?
Am I? I don’t know man, the way the game is now… yeah, I’m independent.

Is Vibe is Heavy 3 a mixtape or an album?
In today’s climate, I like to call it a mixtape or a project. Honestly, it ain’t no way to be a mixtape. 1) We don’t make tapes anymore. 2) We don’t even make CDs anymore. If you can go get it on the same place Michael Jackson’s Off the Wall is at, that’s an album. It’s with albums but it’s not an album? It’s a stream. [laughs] It’s the future. What is the vibe?
“If you not a vibe, then you’re a headache.” You can’t be both. The vibe is the opposite of a headache. The vibe is whatever you do that makes you feel good. Vibing, chilling, you good. Whether that’s in the bed watching your favorite TV show with a bucket of ice cream or with your people. It don’t gotta be about money or designer shit, but if that’s what you’re into and that gives you a vibe, then cool. Certain shit is not a vibe though, like it’s impossible to be a vibe. A vibe is something that’s easy. [I’m making a wave motion with my hand]

What is it you want fans to get from your story?
Stay true to yourself. I’m real big on the moral thing. Don’t let the internet rush you, make you do stupid shit. A lot of these people doing all this goofy shit — all these extra drugs, all this extra stupid clout, it’s not going to last. It’s going to come and go. I want people who are truly creators to stay on their path and ride it out. I want people to feel inspired, work hard, believe in yourself, believe in your friends, stay loyal, stay down.

I know that sounds cheesy like some Care Bear shit, but a lot of cool people are not on that. People that preach that message, they don’t resonate. When I go to church, they say “come as you are.” The goodie two shoes can’t really give the sermon to a nigga that been through some shit. I’ve been around real shit so when I say “stick to it,” it’s different than somebody who’s never been through something saying “stick to it.”

I learned more from Jay Z than let’s say Bill Gates for example. Because Jay Z is from the hood. He sold crack, he’s been in shootouts, and made it to this level. Versus Bill Gates — who I don’t know what he’s been through — but I assume he hasn’t been through any of those things. I can learn more and be more inspired from the treacherous life than a normal life. I can be inspired by Bill Gates too. There’s gems in there, but I’d have to pick them out and bend them to me, whereas Jay Z, it’s cookie-cutter to a lot of kids growing up in rough conditions.

What does @dotsquiat mean?
I hate to keep referencing Jay Z but being from the East Coast, we learn a lot from him. As far as fly shit. From my neighborhood, you won’t hear about a Basquiat unless you heard it from Jay Z. Where’s the Dot from?
My name is Thomas. Growing up, everybody called me TJ. I wrote my name like T.J. My rap name used to be T Dot J Dot when I was a child. I’ve rapped forever.

How long have you been rapping?
It really just used to be battles. Aggressive East Coast talking shit to each other all day in rhyme form. No cameras, cameras, we ain’t give a fuck. We’d just meet up and battle. I thought T Dot J Dot was wack, so I said “fuck it, I’m going to take the out the J Dot and just be T Dot.” Then Canada and all this other shit started coming up on YouTube. I’m like “what can I add?” I’m not about to be T Dot Murda because I don’t kill people. I’m not about to be T Dot Money because that’s stupid. What can I say to describe myself? I’m an ill nigga, but I don’t want nigga in my name. You know what? I’m an ill dude. TDot Illdude.

3 things you need in the studio?
Weed, water, and my engineer. I don’t need no girls or nobody. I don’t mind if people pull up, I don’t give a fuck about all that. I got enough vibes.

What’s the best encounter you had with a fan?
I did a show in San Francisco at the Fillmore and so many people came to meet me. I was so nervous that day because I lost my voice. It was awful, but amazing at the same time. I was good once the show started but before, I was like “oh my god.” Hella people came to meet me, it was lit. They showed mad love.

Who’s the most played artist on your phone?
Roddy Rich. I’m not even going to lie. Last year, it was Lil Uzi. I love everything. Not everything, but the cream of the crop. When it comes to that trap shit, Roddy Rich is the cream of the crop. He might not be the biggest right now, but that nigga raps from the heart. You feel it in his soul. Obviously, I learned about him from Meek. Oh you learned from Meek? That’s beautiful.
Everyone learned about him from Meek.

That’s not true! He’s from Compton.
I mean, except motherfuckers out here.

What are some goals yourself as an artist at this point of your career?
To continue to build my fan base. Engage with my fans more because that’s my #1 source of promotion. I got a lot of fans. I want to close in on it and make it count this year. By 2020, build my brand up so much that a major label just comes and makes me a happy guy.

Or Vydia can actually come and make me a happy guy, I heard that’s a crazy bag. 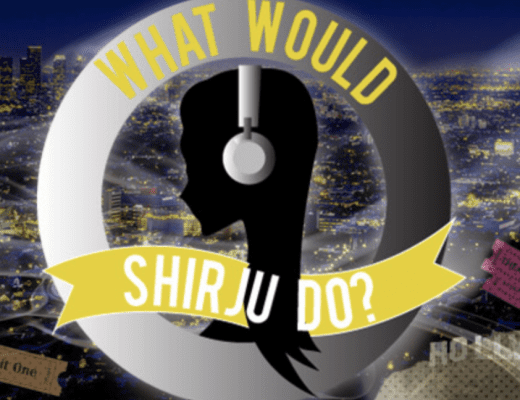 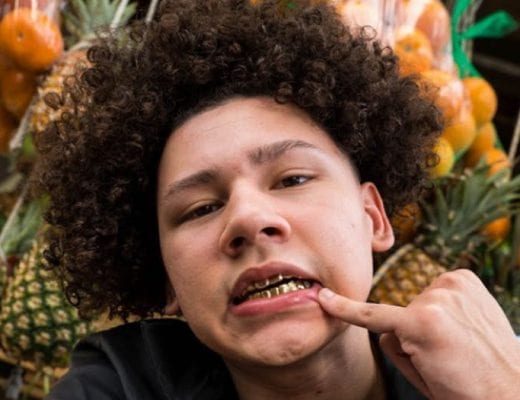 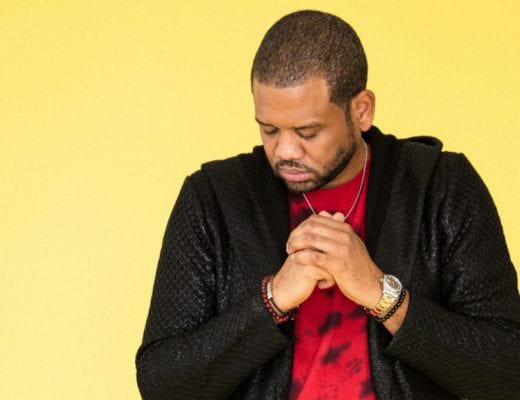