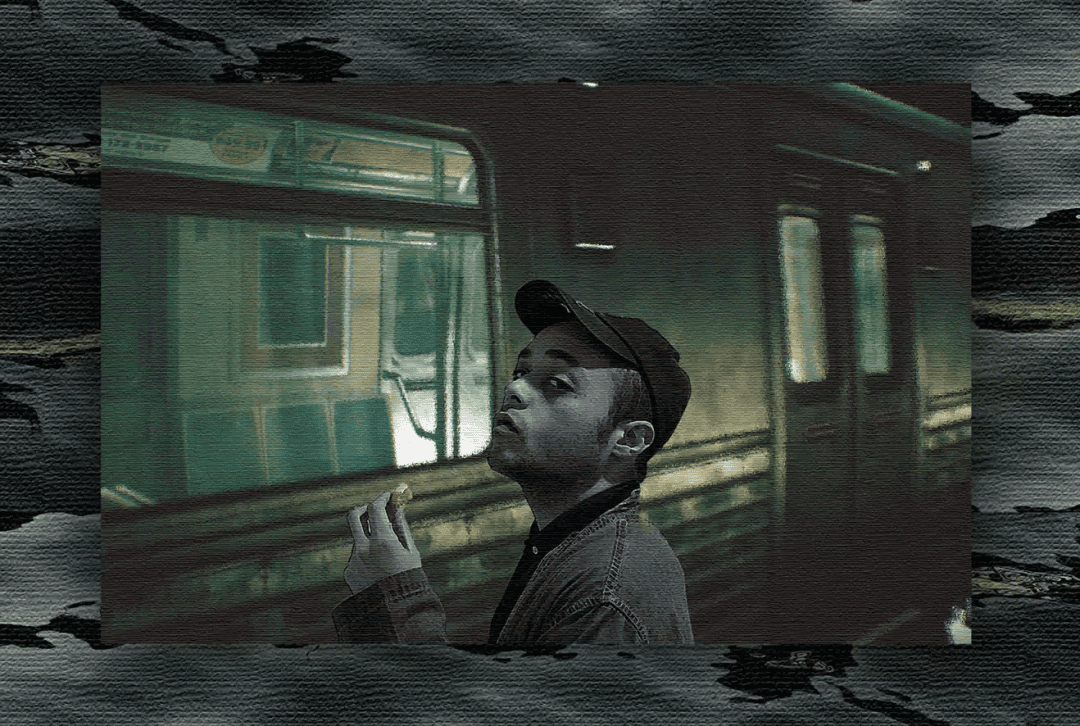 Chicago stays with the talent. Now, Alex Wiley proves it’s his time. Best known for his 2016 mixtape Tangerine Dream, the singer-songwriter blends the genre of hip-hop, R&B, and electronic into one, creating a musical soundscape audiences can’t help but love.

AllHipHop sat with Alex in Los Angeles ahead of the release of Tangerine Dream II to chat about his lifestyle change, friendship with Chance The Rapper, and why he deserves to the King of R&B title.

AllHipHop: Can you talk about losing 100lbs? I feel like that’s really admirable.

Alex Wiley: I still feel pretty chub game, but it was pretty crazy. I did that s##t in a year and some change.

AllHipHop: What worked for you?

Alex Wiley: I do intermittent fasting. I don’t eat before noon and try not to eat after 8pm. That alone helps a lot. I was living in Glendale in 2017. I got a stationary bike in the crib and just started going HAM on that b##ch.

Over the course of living a regimented way for hella days and weeks in a row, I was losing hella weight. I would look up and lose 2 or 3 pounds in 7 days, then 8 or 9 for the past month. I was like “damn in 5 months, I’ve dropped 35 pounds.” I just kept going.

AllHipHop: What advice/tips do you have for someone who is struggling with their health?

Alex Wiley: The intermittent fasting s##t is super crucial. Even with that, you don’t even have to eat super healthy.

Obviously that’d be better and ideal, but if you just give your body more time to process that s##t, then it’s helpful. To me, that’s one of the easiest ways. You basically just skip breakfast and eat 2 meals a day.

You eat lunch and dinner, period. If you do that, you’ll be more in the game than you were.

Alex Wiley: I don’t know what I want you to get. If you get something from it, that would be fire. If not, that’s arguably equally fire. I hope people like the way it sounds. I hope that for sure.

Alex Wiley: I guess not really anymore. I got really used to saying it, but it’s not true anymore.

AllHipHop: Who are you signed to?

Alex Wiley: I’m with Empire, it’s a joint with them and Universal. We do well with television show placements and s##t. The dude Barry Cole at Showtime puts my songs in a lot of shows over there.

That’s been really helpful on getting better deals with Empire. I like it. I’ve been with Empire for years, but this new deal is the first one with Universal’s involvement as well.

Alex Wiley: s##t, that’s my boy. I’ve known him for a super long time. I met him the first day of kindergarten. Mark T. Skinner Elementary School. Day one.

They went to high school together. I remember that exact moment, my dad being like “oh s##t, Lisa?” Then I met Chance.

AllHipHop: What was it like seeing his career just take off?

It’s pretty surreal that this dude that I’ve known for a long time, I can basically namedrop to anyone in the world and they know who I’m talking about. That s##t’s pretty crazy. Other than that, it’s not that weird.

Because he was very lit in Chicago from the jump, from one of the first tapes. It’s like that now, just literally on the entirety of the earth. It’s still that same energy, just way more widespread. I’m going to his wedding in a couple weeks, it’s just cool.

I’m grateful because his involvement in my s##t has definitely been a big help for me. I appreciate that. We really grew up together. I have memories of him before we made music.

We went to elementary school together until 8th grade, then we went to different high schools. By then, I had already known him for a decade. That was my boy.

AllHipHop: Where’s the wedding at? In Chicago?

Alex Wiley: No, it’s out here actually. I don’t know if it matters I said that. I don’t know if they were trying to keep it a secret in some way. It’s going to be hella famous people there…

Alex Wiley: I was signed to an indie label in Chicago up until mid 2015. I split with them in a real public and nasty way. It was f##ked up for our whole scene in Chicago. It was impactful and divisive for a short amount of time. He was the first person that called me.

He was touring crazy off of Acid Rap at the time, even out of the country for a long time. I hadn’t seen him in a minute. He called my phone like “dude I just got back. I saw the s##t, come to my studio session.”

Literally the day after all the s##t blew up on Twitter, I was just sitting in his studio session, we were talking. He basically gave a lot of advice and support. Really, it was the support that I needed, because I really wasn’t sure how my standing in the scene was gonna be after that. That s##t was nasty. My whole place was uncertain.

He gave me my feature for “Navigator Truck” literally the next day after that. Basically just gave me the load of confidence like “bro, you should just be indie for a while. Just do it.” I was like “yeah cool. Bet, let’s do it.”

I was going to do it anyway, but he was just there for me. I was going through some s##t that was very uncomfortable to me at the time. A lot of people reached out, it was very cool and humbling.

I remember Action Bronson called my phone, Isaiah Rashad hit me up, a lot of cool people. Because that s##t was spilling on the internet in a nasty way.

I had a f##king sold out show at SOB’s in New York and the same night, this s##t was happening.

Alex Wiley: I don’t really need s##t. There’s things I want. I would like for there to be fresh fruit. That would be great and amazing. Fruit, weed and Backwoods. That would be delightful. Some smartwater. I got a little mini studio rider. It’s very mini.

I rarely ever need meals in the studio unless we’re going to be there for a really long time. Which in that case, Postmates is my really good friend.

Another thing that would be really great though is a TV with Planet Earth on mute. That’s cool to have. Incense is cool. Hella candles in the studio is a vibe. I think I’m the king of R&B by the way. [laughs]

AllHipHop: I just linked with Jacquees!

Alex Wiley: When I saw that whole debate, I was personally offended nobody threw my name into the ring. I was like “really? We all just going to… alright.”

AllHipHop: Why do you think you’re the king of R&B? Can you clarify this for me?

Alex Wiley: That’s one of those things: I shouldn’t even tell you about it, just listen. Check me out bro. Use your ears, and you tell me. While it is my opinion, that’s still only my opinion. But if you really are going to refute it, refute it with your ears. 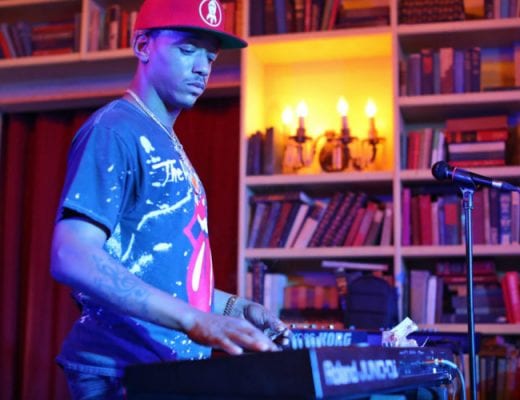 MYGUYMARS HELPS OUT AFTER CHURCH 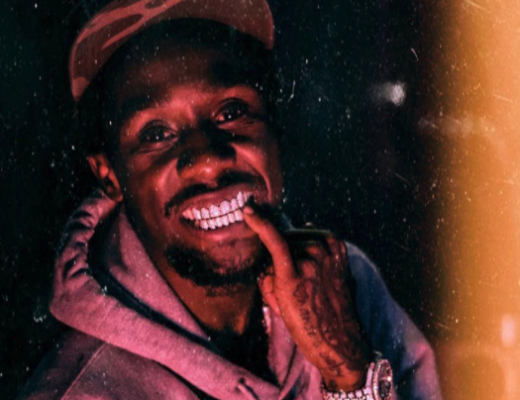 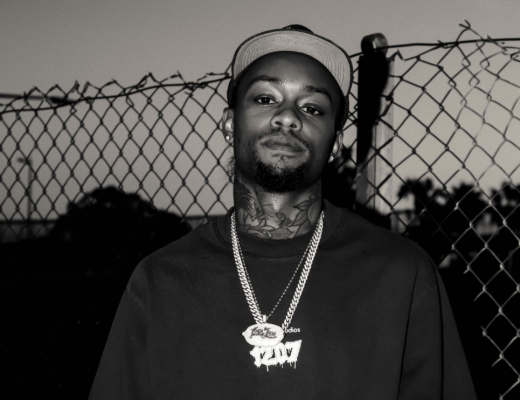