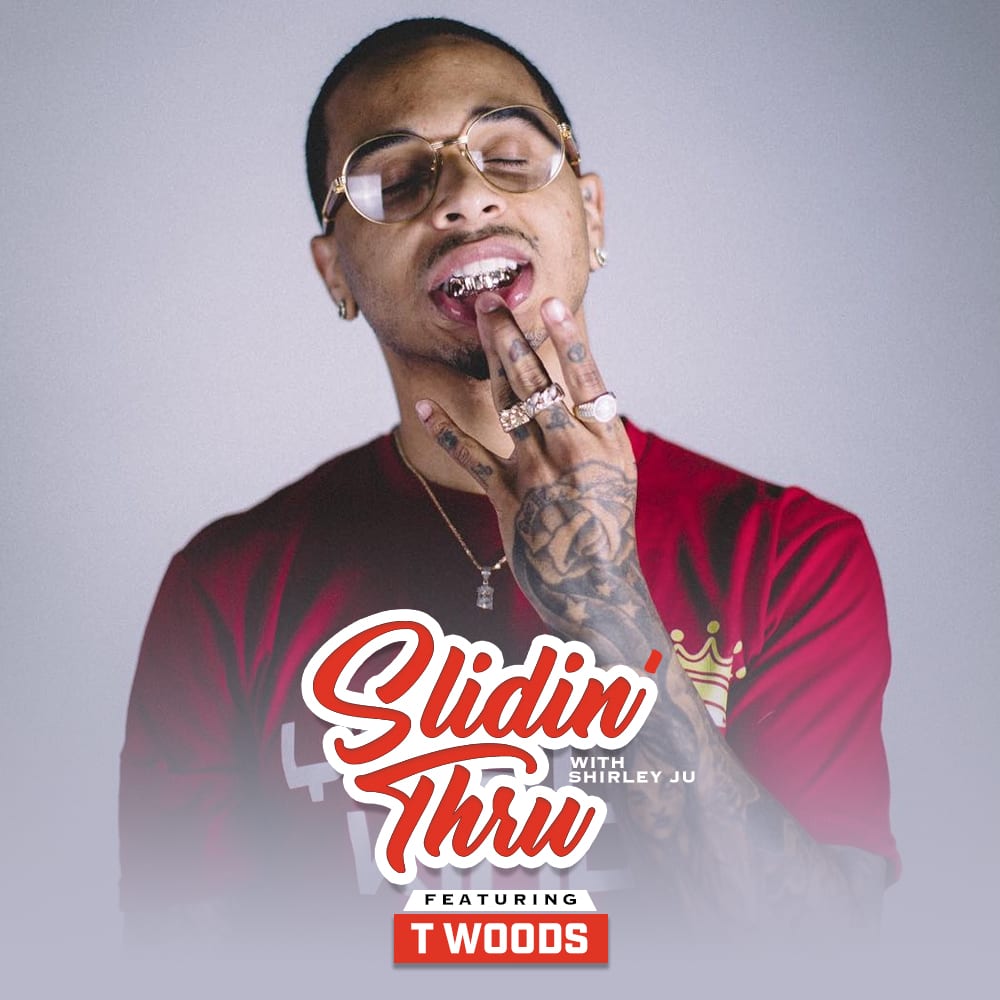 Introducing T Woods, who’s here to put Minneapolis on the map. Hailing from Minnesota and arriving in sunny (or rainy) Los Angeles, the 24-year-old is ready to turn his rap dreams into a reality. Read more…

In addition to feel-good records for the people to relate to, real name Tavonte Woods plans to turn his Young King brand into a label. Following a successful run with his last 2 EPs, Live and Love, he returns to tease fans with a forthcoming Life EP and possibly the most important project of his career, the Trap Story.

You’re from Minnesota, how does that play into your life and career?
It really doesn’t play a lot into it. I mean, I’ma represent it to the fullest. I just had the snow and all that. I feel like I reached a certain peak there. I’m tryna come out here and expand it to the next level.

How long have you been making music for?
You know when the jerking movement was going on? We started off in a dance group. I was 13 or 14. We were just dancing at first, then one of our homies started making beats. We started making some music, then I dropped my first solo video when I was 16. That got 75K views so from there, I was like “I’ma do this, my own thing.”

How important is it to come to LA as an up and coming artist?
This is the hub. Here, New York and Atlanta. Networking out here for 2 days is what you do in a couple months work in Minnesota. You can’t go out anywhere and see a lot of people, or meet any factors that’s really gonna help you get some music going. It’s money in Minnesota, but it’s not a lot of music.

At what point did you realize this music thing was forreal?
My first time opening up. It was for Kid Ink in Minnesota, Minneapolis. Just the reaction from the crowd. It was in my city, so people was knowing my music. It was my first couple songs, so they was vibing with me. Then I got my picture, I’m like “yo, this what I wanna do forreal.” How old were you then?
Prolly 17 or 18. I’ve been independent this whole time, just pushing it by myself.

You’ve only been here 2 months, but what is your favorite thing about LA?
Everything. The energy. I wake up and even if it’s raining, I’m still positive. In Minnesota, it’ll be 10 inches of snow, can’t even open the door. Don’t even go outside. People’s minds get miserable from being inside.

What goals do you have for yourself while you are out here?
I’m trying to just get as many new songs as I can. Work with new producers, work with new artists. I’m about to be linking with Kalin.FrFr. I was in a little session and made a little cameo of the last video, so we gonna cook some shit up.

What was the inspiration behind your name?
I was running with my whole name at first and sometimes when I do videos, people still put Tavonte Woods. But I just cut it to T Woods cause people don’t know how to spell. They would be like “T-e-v…”

Talk about the creative process behind these EPs.
The Love EP is the R&B-type feel. Live is the turn up, me just talking my shit. With the Life, that’ll be the real life shit. I just wanted to show my versatility. People are still so stuck on one sound, I wanted to just try it out. I didn’t really sing or nothing. Before I even knew I was gonna do the Love project, I was just trying something out and it sounded pretty decent. You can’t be afraid to try new things.

Talk about the Trap Story project you have coming out.
That’s what I have been promoting hard, the Trap Story. I think I‘m just gonna hit ‘em with the Life, and then make them want the Trap Story. But Life is what the world needs, it’s some real stuff.

So that’s the album? I like how you branded it with the Toy Story.
It’s like a mixtape/album. I’m just trying to find the right push behind it as far as distribution. My boy started calling me Woody like 3 years ago. T Woody, like Woody. Toy Story was always my thing. I like toys till this day.

What is the Trap Story?
It’s just everything that made me who I am now and got me out here. Everything. I’m just telling it how it is. Talking that shit really, a bunch of bullshit. Shit, I still am [hustling].

What is it you want fans to get from your story?
There’s no limitations. I used to want to play basketball and football, but I never expected to fall in love with music. You can do anything you put your mind to. I’m a law of attraction person. I talk everything into existence really. I been on the positive waves length really.

You dropped the “Right Now” visual last year. Talk about bringing that record to life.
That was December 2017, 2 years ago. that was with my guy Reeves. I always loved the song and that was when I first started coming out here, making my first couple moves. I was like “shit, the Corvette, couple hundred bucks, run it. I was here for a couple days, I’m like “might as well shoot a video.” I was fresh. Let’s get it.

Who were your biggest influences growing up?
Michael Jackson, Bow Wow, Sammie, Mario, and them. Chris Brown, then Drake. Once I started getting older, I got on Wiz Khalifa, Tyga, Ty Dolla $ign, a lot of them dudes.

What is your take on the music industry?
We need more motivational music. People just brush J. Cole and the real shit to the side. We need more shit people can relate to. It’s hella saturated even with the trap shit, it needs more life. That’s why I’m working on the Life shit. I’ve got this one record that I wish I could put on Life — my boy from Nigeria, he sounds like John Legend. It’s called “One Chance.” It’s what the world needs.

Talk about starting your own YKE global company.
I’ve been printing shirts Tevante Woods with the twins logo, and T Woods with the Backwoods. I’ve been cross branding it the whole time. It’s been T Woods Young King but I’ma do it seperate. I’m my own brand, this is its own brand, and I wanna expand it. I got a couple artists I’m rocking with in Minneapolis, I’m tryna to help them get some shit going too. I know I’m not on yet, but I’m just trying to position it for when I do get on. What’s a normal day in the life? Walk us through.
If it’s nice and sunny. Well either way it goes, I wake up and go to the gym early in the morning, like 9 or 10am. If it’s nice, I’ll go read a couple books. I got a couple books I’m working on at the pool. After that, I’m just plotting out the day, tryna figure out the next move. I usually try to record when it’s traffic time, in between 4pm and 7pm or super late, so I can have other time to network.

3 things you need in the studio?
Water, weed and positive vibes. I was about to say women, but that’s a distraction. [laughs] I was tryna keep it on the W tip, but nah.

What would you be doing if you weren’t doing music?
That’s a tough question, damn. Hopefully, I would not be working for somebody else. I’d still be an entrepreneur. I know I be hustling some shit. I can sell anything, but I wouldn’t be working for nobody.

Favorite song to perform in a set?
“Quick Flexin.” I got hella new songs I can’t wait to perform. I just need to get some shows booked. Get it out there so they know the songs. The new songs gon’ go up.

What’s the best encounter you had with a fan?
I was younger. I was hella big headed and shit, but there was a girl that was amazed that she seen me. She was crying and shit, that’s what made me wanna be like “damn this shit is real.” People can really relate to some shit.

Who’s the most played artist on your phone?
Future, Drake, Ty Dolla $ign. They’re probably the main ones. What advice do you have for an aspiring T Woods?
Don’t listen to what anybody says. I mean, listen to your mom but if she hating, just do you. You gotta stick to the dream. They don’t know what your dream is so just do it. If you’re gonna do it, then push it to the fullest. Network. You can’t just stay in one spot, you gotta move around. LA, New York, Atlanta — get out of wherever you’re at and meet new people.

What do your parents think of you right now?
They are super proud of me right now. I’ma gonna get my mom out here soon. I just got my grandma and great aunt out here, they was lit. I got them a couple of zips to smoke, they was having the best time of their life. Doing that, I feel like I gave them 10 more years in life.

I was just getting them out of here to get them out of the city, out of Minnesota. It’s cold as shit. I just moved out here, come check out my spot. I got them their own Airbnb so they situated.

Anything else you want to let us know?
Be on the lookout for T Woods. I’m the Young King, the new prince of the city. 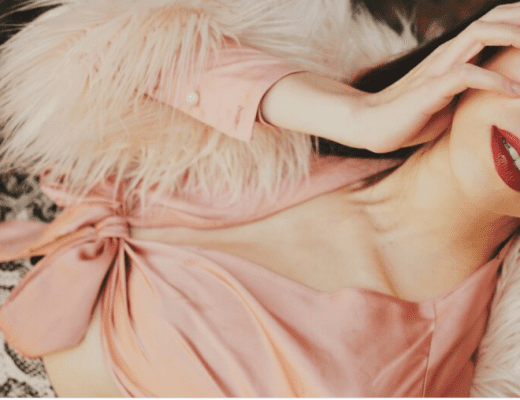 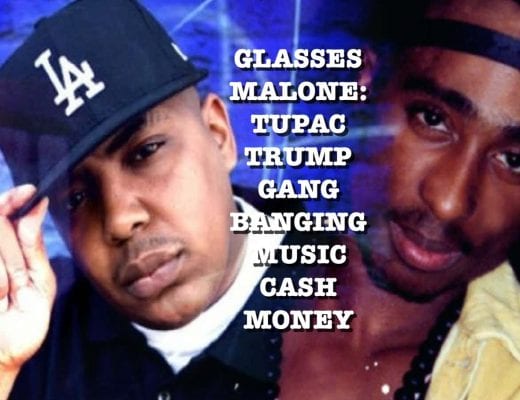 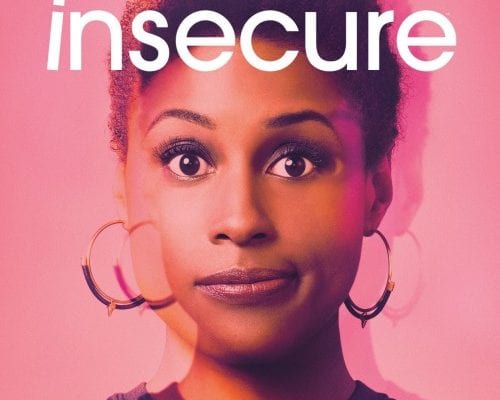