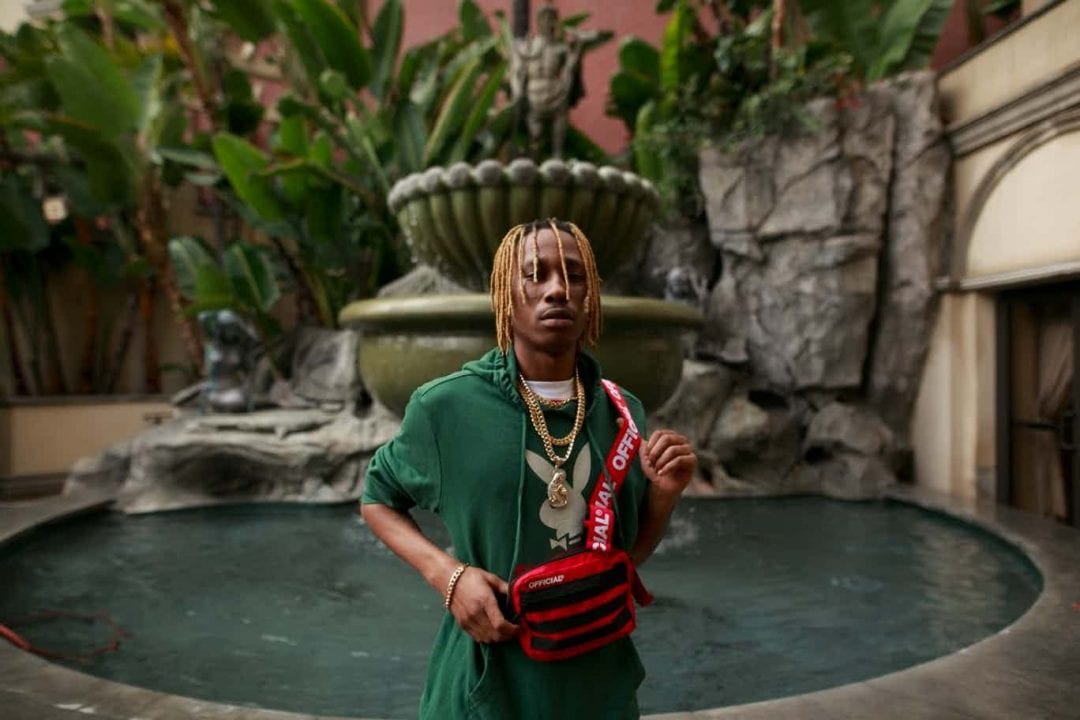 If you haven’t heard of Mir Fontane, “Frank Ocean” is a great place to start. Bringing in strong bars and storytelling in his lyrics combined with his ability to create and hit melodies, the New Jersey native proves his worth in the rap game.

Stemming off his debut project Camden released in 2017, named after his hometown in South Jersey, real name Jamir Daaliya celebrates a new deal with Empire — ready to unleash music on his own terms.

AllHipHop: For those who don’t know, who is Mir Fontane?

Mir Fontane: Mir Fontane is just a young rapper coming out of Camden, New Jersey. Trying to impact the culture in a different way and put my stamp in the game before I’m out of here.

Mir Fontane: Mir has always been my nickname. Fontane came from the godfather, Johnny Fontane. He was dealing with the mob but at the same time, he was an aspiring musician and actor. When I first started making music, I knew I wanted to get into movies too. I was also dealing with shady people just like John Fontane, but they wanted the best for me. The same way the mob and the godfather wanted the best for Johnny Fontane. I just adapted the persona.

AllHipHop: You’re from Jersey, how does that play into your life and career?

South Jersey itself doesn’t have any venues, studios, things where you can hone your skills. You have go over to Philadelphia to do your shows. You have that going against you because Jersey doesn’t have an identity of its own in this day and age of music. You gotta find your own in places like New York, Philadelphia, places you can reach. That’s what I built my career off of: just traveling and performing, spreading the word of who I am.

AllHipHop: Do you get more love from Philly or Jersey?

Mir Fontane: I can’t even gauge it right now, but Philly definitely showed me love before Jersey. I got mad love for Philly. Jersey probably followed suit after the buzz to the point where people were speculating if I was from Philly. I was over there so much performing. Those in Philly don’t understand we don’t have those resources they have. They’re confused why a lot of us come over there to perform. We had to start our own movement, force the music scene in South Jersey and share it with Philly. It’s been doing well ever since.

AllHipHop: What keeps you back home?

Mir Fontane: I still have work that I want to get done there. I don’t want to up and leave until I have something cemented in the community that I’m leaving. That way it’s not like I’m just abandoning where I came from or forgetting about it. There’s several things I want to do. Whether it’s purchasing a house in the community, so you’re keeping the money in the community. I take that prideful. I’d rather buy my first house in Jersey before coming to LA and shop for a house. A stay home for everyone here.

AllHipHop: You dropped Camden in 2017. How has your sound evolved since?

Mir Fontane: I started training my voice now for more melodies. Since Camden is more about growing as an artist both on and off the stage, I’m trying to develop that new sound. Trying not to get too comfortable in my pocket. I like challenging myself and experimenting with different stuff. My influence from my earlier age is starting to peak out now, like the old 70’s Funkadelic stuff we used to listen to. Isley Brothers, The O’Jays type, I’m trying to tap into that more. See where that takes my music.

AllHipHop: What was it like seeing Fetty Wap come up out of Jersey?

Mir Fontane: When we first saw Fetty Wap come up, it was crazy. But we always seen Jersey as 2 separate states. He’s from North Jersey. North Jersey has been on in our eyes. They had Lauryn Hill, etc.

We were always just waiting for somebody from around here to do something in the music industry. It was dope to see Jersey for that moment to be at the top of the game. We had the biggest artist, but we didn’t really take it too personal where we’re from. It was more so an up top type thing.

AllHipHop: You recently unleashed “Real Life Lit,” talk about your mindstate creating this one.

Mir Fontane: That was more so a collaboration song with my boy JP. We went in there and really didn’t have an idea of what we wanted to do. The producer played the beat, I came up with the first line: “Real life lit, pardon my French, most of these n*ggas be real life bitch.” We just ran with that and called it “Real Life Lit.”

How Meek Mill and Wale did the back and forth thing, I always wanted to do that with a couple of people I actually had chemistry with.

I was like “let’s just do it now instead of talking about it.” I said “I’m going to start it off.” I wrote my first couple of bars. I was like “we’re not going to do verses.” While I was recording, JP was writing. He stood up, did his, I sat down. Wrote a couple more bars, stood up, recorded. We were just trying to outdo each other.

Once we got to that sing-songy part, ‘cause we didn’t hear that part of that beat, we were just going off of it.

Once it started slowing down, I didn’t know JP had a little melody to him. I was like “we can just loop it and keep rapping,” but he was like “nah, I want sing too.” I let him start off because I knew I wanted to come back in when the beat came back in. We were putting it together on the fly, it didn’t really have a structure.

JP is from Jersey too. He’s an up and coming artist from around the way. Just trying to reach out and show love. There’s a lot of talent around there: dope people, dope rappers.

Mir Fontane: It’s everything I thought it would be. You’ve got your fakes, you’ve got some real people in there. They’re going to try to get you if you’re not paying attention. If you’re not on your P’s and Q’s, you might f##k yourself up for years.

I’ve seen it happen to people on the label I just left. It just made me proud of myself for how I carried myself as a youth. I took reading very important. I understood that you need a lawyer, you need to read through contracts.

Don’t just jump at every bit of money somebody’s throwing at you. It is what it is. It’s exactly what you think the music industry is.

Mir Fontane: I want a Grammy. I need a couple of plaques. I want to eventually come out with this cartoon I’ve been talking about for years. It’s a black hip-hop cartoon. I want to open a Boys & Girls Club type school, but just for music.

We’ll have all top of the line flat screen Macbooks, desktops. Probably have a basketball court in there. Since we don’t have studios, it’ll be a big place to bring money into the city, but I also want that to franchise into most poverty-stricken, violent neighborhoods.

Go from Camden to Chicago, call it Southside Studios or Fontane School of Music. It’ll have a theatre for people, finally have stage for people to perform. Have a spot where all your friends will actually come to. 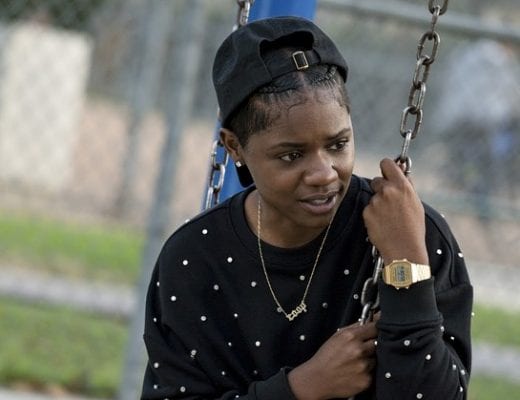 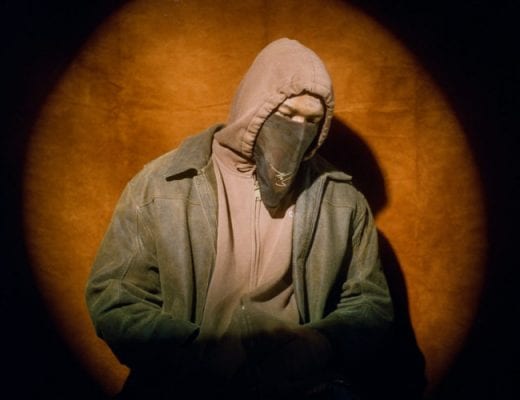 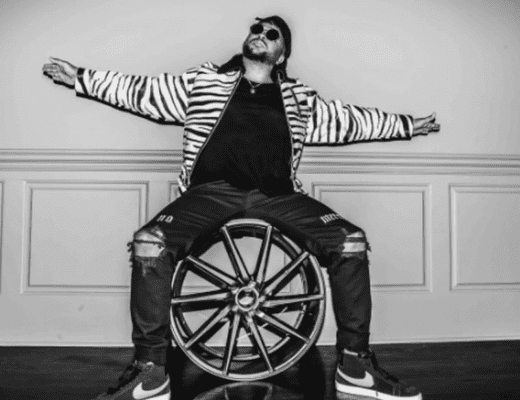