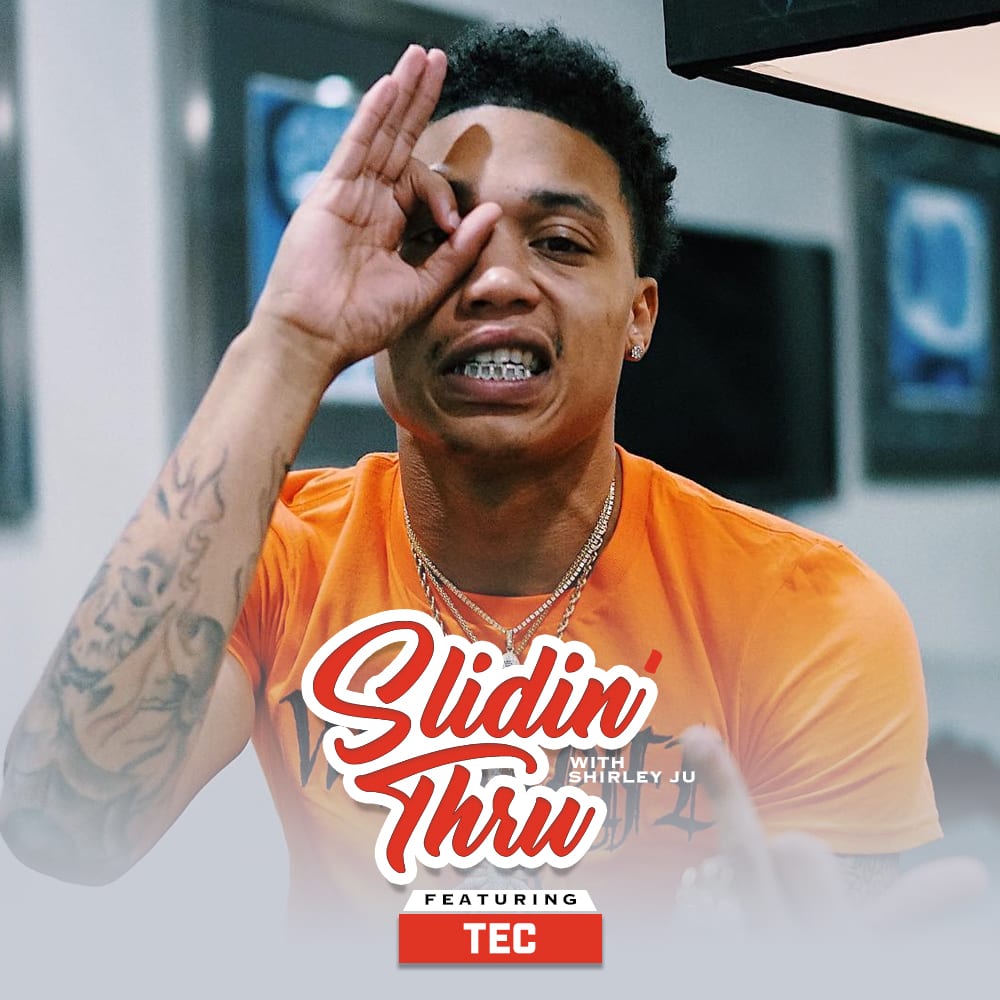 TEC is one of the hardest spitters to come out of Baton Rouge, Louisiana — period. Proving he doesn’t fit in any one genre, he calls himself a poetic activist above all else. The realness in his lyrics comes from real-life experiences, coming out the mud and using music to change his life for the better. Read more…

Originally signed to Master P but getting locked up soon after, Luwhop Hussein has been slaying the rap game independently, proving hard work and passion pays off as long as you stay grinded and stay motivated. Stemming off his critically-acclaimed project Web Life Vol. 2, TEC prepares fans for his forthcoming project titled KETHA SON.

You’re from Baton Rouge, how does that play into your life and career?
It just helps me a lot to be prepared for whatever, knowing I could survive. It helps with my sound of music too. We got our own sound out there.

How important is it to come to LA as an up and coming artist?
Very important for networking. It’s cool with recording. I like their studios, but more for networking for me.

How often do you come out here?
Not often. I need to come out more. I’m about to start coming more.

What’s your favorite part about the city?
The weather probably but when I first got down here, it was raining and shit. At what point did you realize this music thing was forreal?
When I got a call from Master P, and he wanted to sign me.

Are you still with him?
Nah uh, no. I got over that. We had different visions. I learned from that and now, I’m just doing stuff independent. I’m still independent.

How long have you been making music for?
Since I was like 8 years old. Really recording in the studio since I was 15 or 16.

What sets you apart from the other street rappers?
‘Cause I also tell a good message. I’m not just trying to tell you about no street shit. I want to tell you a way around the streets and let you know that the streets not what’s popping no more. It’s not what’s up. I’m not a street rapper. I’m all the way separate from them bitch ass niggas. I’m a poetic activist. My shit just rhymes, but I got a message that I want to give to the people.

The visual for “Plot Twist” is at over 3M views on Youtube. Did you foresee it blowing up like this?
I kind of did know it was going to blow up. I had the whole vision of the video. The director and I, that was our first time collabing, meeting and doing something together, so I knew it was going to do what it had done. SSFILMZ, he the best.

What was your mindstate in creating this record?
I was just talking about how the epidemic and everything in the game switched. Just speaking from a young 18-year-old point of view looking at the world right now and what’s going on. An 18 year old in the struggle, he has no other option. School, all that shit putting him down. I was telling it from that point of view, when I was 18.

What was the biggest lesson you learned in jail?
I just learned that it wasn’t no mom or dad, you had to be on your own. Jail really showed me how to be a man, because I really depended and relied a lot on so many people before I went to jail. P was one of those people too. Jail just helped me learn how not rely on nobody. When I came home, I just felt like I could do a lot of shit on my own.

What game do you have for these aspiring artists?
You got to have the music, but the music is damn near 10% of this shit.

Forreal? Only 10%?
Shit nowadays. You don’t see? Look at fucking 6ix9ine. In 2019, music is 10%. It’s business, then it’s clout. Clout is damn near 80% of it. Real shit. That’s what it is. That’s why everybody chasing it, doing gimmicks. I’ve seen niggas on Instagram and never heard a song yet, but then they poppin’. What is it you want fans to get from your story?
I just want them to know with the music, I’m really giving a message. I’m really telling a story. I’m not just telling you the shit you see on Instagram all day. I’m telling you about reality, real life. That’s my message. That’s what makes me different from this whole generation right now. I feel like I should have come out when motherfuckin’ J.Cole and ‘em first came out.

What can we expect from your upcoming project KETHA SON?
That’s my new mixtape. It’s going to be a story about me. I dedicated that to my momma. It means a lot to me, so I’ma put a lot of work into it. I’ma be able to tell my life story, shit that makes me me. I’m Ketha’s son.

What does your mom think of your rap career?
She loves it. She’s my biggest supporter ever the whole time. She’s in Houston. My daddy a bitch though. He never supported nothing, but he’s my biggest motivation.

What are some goals yourself as an artist at this point of your career?
I want to do shows overseas and shit. I want to do that type of shit.

Have you been over there?
Never. I still gotta get me a passport.

Where would you say your biggest fan base is?
Now I see it’s moved to Texas. I got a big, big fan base there. My top Spotify and Youtube analytics says Houston and Dallas.

How do you balance fatherhood & being a rapper?
That shit’s crazy, but it goes hand in hand with me because my daughters like that their father is somebody I guess. A rapper that they can sing my music. I be having to go hard with this rap shit, but I gotta go 10x harder at fatherhood. Because as much time as I’m putting into this shit, I try to put into them. Those are the 2 biggest things in my life: my career and my kids. How important is social media for your career?
It’s my biggest platform period. Instagram, that’s my shit. That’s my biggest way of promoting anything, and my Youtube channel. It’s the shit. [laughs]

What’s a normal day in the life? Walk us through.
I’m going to wake up, get some head. I’m just playing. Smoke some weed, eat. Probably be with my kids, then go to the studio, and shoot a video. I’m really boring. I don’t do nothing unless I got a show.

How is it being out here?
It’s cool, but I’m kind of an awkward person when it comes to other artists and shit. I don’t be knowing how to come off, but I fuck with them. Shout out to all them.

3 things you need in the studio?
Peace, good ass beats, and a super good ass producer.

Do you have shows?
I got a show coming up. I don’t even know the date, but that bitch in Alabama. It’s a whole lotta gang shit.

Favorite song to perform in a set?
“Go Crazy.”

What’s the best encounter you had with a fan?
I ain’t going to talk about that. One time this recently just happened. A fan gave me some amazing head. [laughs] Shout out to them. That’s raw shit.

Who’s the most played artist on your phone?
Kodak Black.

“Testimony” is my shit.
That’s my shit. I fuck with that. Alive, so we can make it happen.
Lil Wayne.

Is there anything else you want us to know?
Fuck a manager, I’m bouta get an agent. Gang gang Luwhop Hussein bitch. I’m in this bitch with a bomb strapped to me. If a nigga play with me, everybody gon’ die in this bitch. 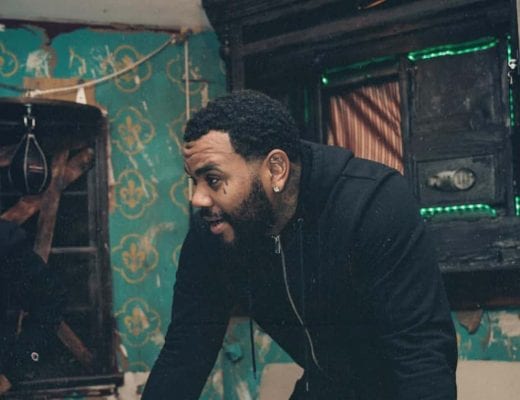 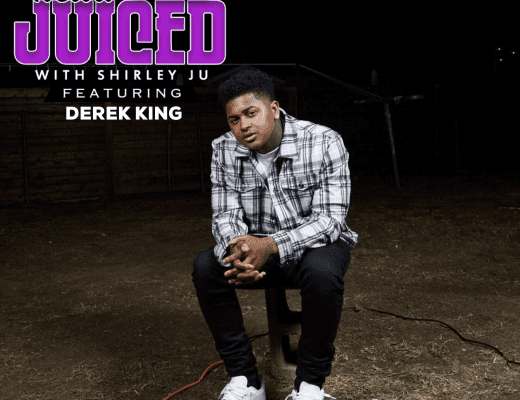 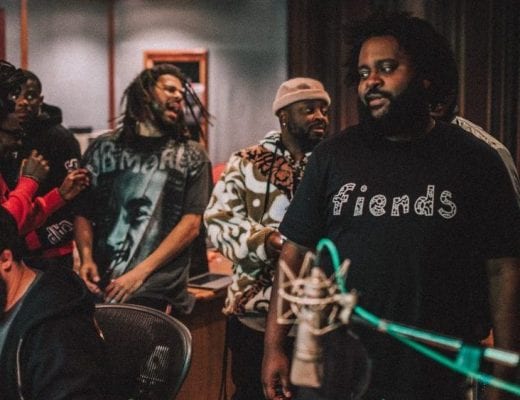