Slidin’ Thru: The Reasn 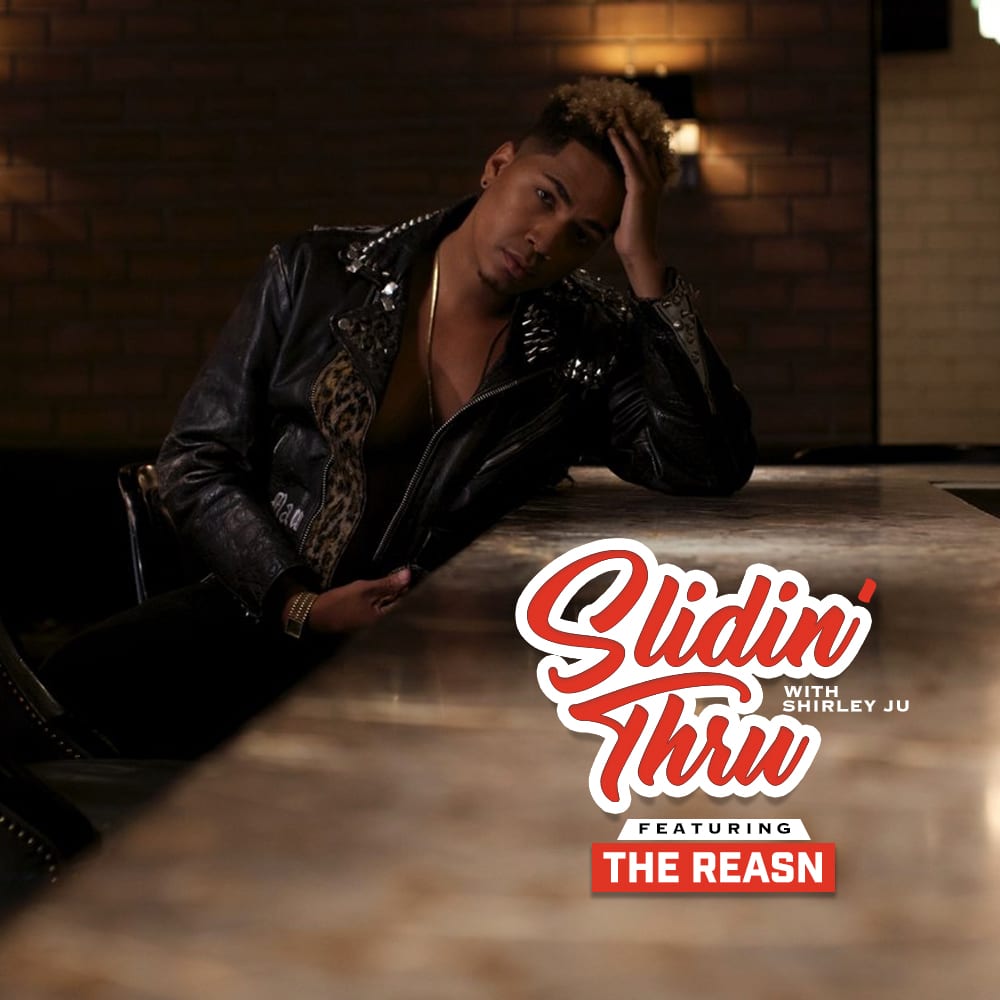 After hearing The Reasn’s voice, it’s almost immediate you’ll become a fan. Hailing from Missouri, the singer, songwriter, and rapper has the capability of fuzing genres such as R&B, pop, rock, and hip-hop, unleashing smooth, sultry ballads for audiences all around the world. Read more…

In 2016, real name Al’Michael Nelson unleashed his debut album titled 70 West, and went on to open for B.o.B. on his North American Tour. While the music itself does most of the work, it’s his live performances that will undoubtedly make you a believer. Most recently, he’s been locked in the studio with Pharrell, hailing a rare cosign from one of the music’s most legendary producers.

You’re from Missouri, how does that play into your life and career?
It keeps me humble. Whenever I wanna choke somebody, I just think about it and then stay humble. It made me wanna do more. Missouri is real laidback and country. It gave me my values so I always will respect it.

Talk about splitting time between here and Atlanta.
Well I haven’t relocated to Atlanta yet, I live in LA right now. I’ve been here about 2 or 3 years. Just wherever the music takes me, I go. Nothing really feels like home home, but LA is a great place. What’s your favorite part about the city?
The weather and the opportunity. Seeing the new people. Anything could happen on any day. Testing my skills against the other people that are trying to get it out here, just seeing where I stand.

How important is it to come to LA as an up and coming artist?
It’s just wherever it takes you. LA may be a path. For me, the stars aligned when I came to LA. It’s propelled me now to have a breakout year.

At what point did you realize this music thing was forreal?
When everybody starting screaming and crying when I was singing. I was like “okay, this may be something.” That started when I was young, at like 15. My mother — her opinion is most important, she sings first – told me I was good. I was like “okay I’ma really pursue this.” It was either go to college or do this. I chose music.

Talk about working with Pharrell the GOAT. How’d that happen?
We did a show with one of his artists, Watch the Duck. They’re signed to i am OTHER, Pharrell’s label. It’s a Pre-Grammy show. We linked through friends. Didn’t really know what we were walking into, we just kind of vibed in the studio. He believed that I could be something special, so we been doing songs. When you hear me sing, it’s pretty like “okay, I think I get it.”

How has your sound evolved since your debut album 70 West in 2016?
Just trying new stuff. I made that first one in a week. Now, I actually have a little more time with this one. As your money grows, you have more time, more space to do things. The next one after this success, I’m already manifesting it’s gonna be 10x as crazy.

What is it you want fans to get from your story?
Just stay you. A lot of people are gonna try to change you to make you feel like you’re not okay just being you, but just stay the path and I promise you, you’ll find what’ll last.

What can we expect from your forthcoming project?
Just a change in music. It’s really gonna be something to make people press harder to try new things to set the bar. That’s what I’m trying to do, I’m just trying to set a new bar for music.

Any features?
I can’t talk about them quite yet, but there’s some good ones on there. Talk about working with Bryan-Michael Cox.
We haven’t worked yet, but we got in the studio. We’re gonna be working soon in Atlanta. It should be cool. He’s very, very talented. Anybody I can learn from and can teach me something, I’m all for it. I don’t ever wanna be the smartest person in the room.

What are some goals yourself as an artist at this point of your career?
Next year, we gotta have a Grammy or it’s gonna be a disappointment for me. That’s all I’m aiming for: greatness.

Talk about what goes into your live performances.
Everything I got. I need to go to sleep for a day afterwards because when I’m on stage, I finally get to be me with no judgement. I just give all I can. It’s a release for me.

Talk about your post saying you should treat the janitor like the CEO.
Oh yeah, that’s the Missouri in me. I treat everybody the same. I’ma meet you where you meet me. If you respect me, then I’m giving you all the respect. But if you don’t, we’ll just take it from there.

Talk about being completely independent.
It has its good days and its bad days. If I wanna change my album, I’ma change it. Be like “fuck it, I’ma do something different.” Obviously, labels have tons of money so you can have a little more room for error. But I haven’t missed a lot lately, so it’s been okay. Just doing my thing and maybe there’ll be a major label in the future but right now, I’m really enjoying having freedom. What game do you have for aspiring artists who want to make it independently?
Just listen to your brain and do what you really love. Don’t do something just to get in the game that’s not you, because you have to live with those records 10 years down the road. If you’re talking about shit you don’t believe in, then you’re gonna look not authentic.

How important is social media for your career?
Not a lot. I do it because I have to, because that’s just the thing. Really, I’d rather talk to you in person. I’d rather find out who you really are because you don’t really know what’s real on social media. My music is about what’s real and I consider myself a real person. I’m kind of a private person unless I’m on stage, but I’ma force myself to do more this year.

3 things you need in the studio?
Dark liquor, good vibes, and my voice. Can’t leave that.

What would you be doing if you weren’t doing music?
I can’t even imagine that. There’s no plan B for me so I haven’t really ever thought about it, to be honest. I like to box. I like to play basketball. My mom’s a teacher, so that always inspired me. Read scriptures, that kind of thing.

What does mom think of your career?
She gave me choice, school or music. She supports me because I went 100 in this and I’m having success. What’s the best encounter you had with a fan?
I remember the first time hearing a fan know all of my songs. That really meant a lot to me. Not tryna be cool, you’re singing everything all out. It meant a lot especially when you’re trying to get people to know you.

Who’s the most played artist on your phone?
The Beatles, I play them a lot. I’m random on my playlist. It’s like 2 Chainz, and The Beatles. Kendrick. I really rock with J. Cole. That new 21 Savage is crazy to me too.

Dream collab?
Everyone that I really wanna work with is dead unfortunately, but Kendrick I would say.

Have you crossed paths with TDE at all?
Yeah, Isaiah Rashad. He was a big fan of my show at the Troubadour. He showed a lot of love. He’s also a great artist. That’s really the only one from the team. 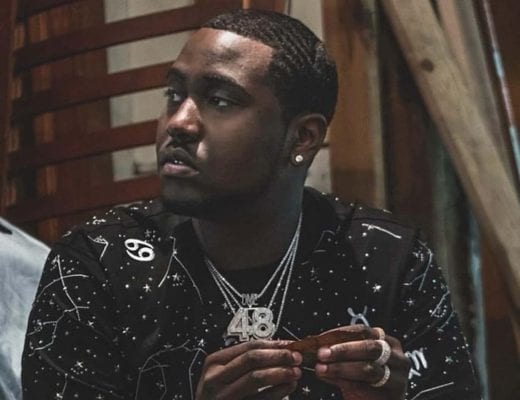 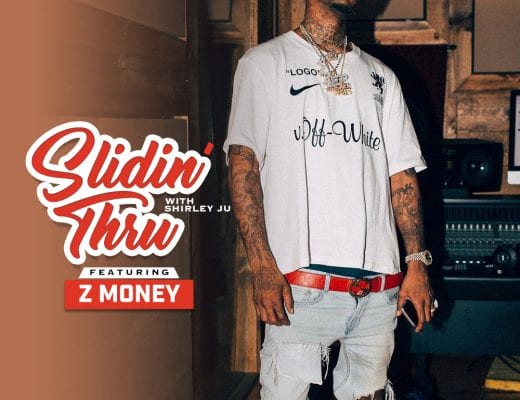 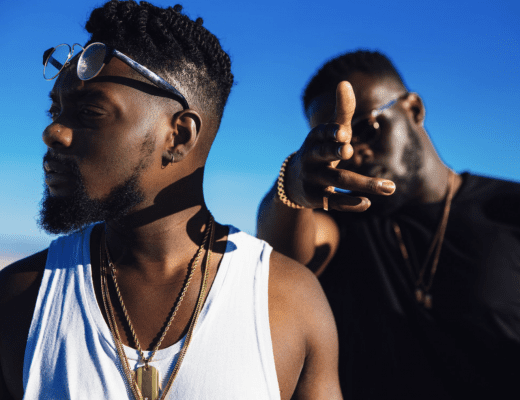