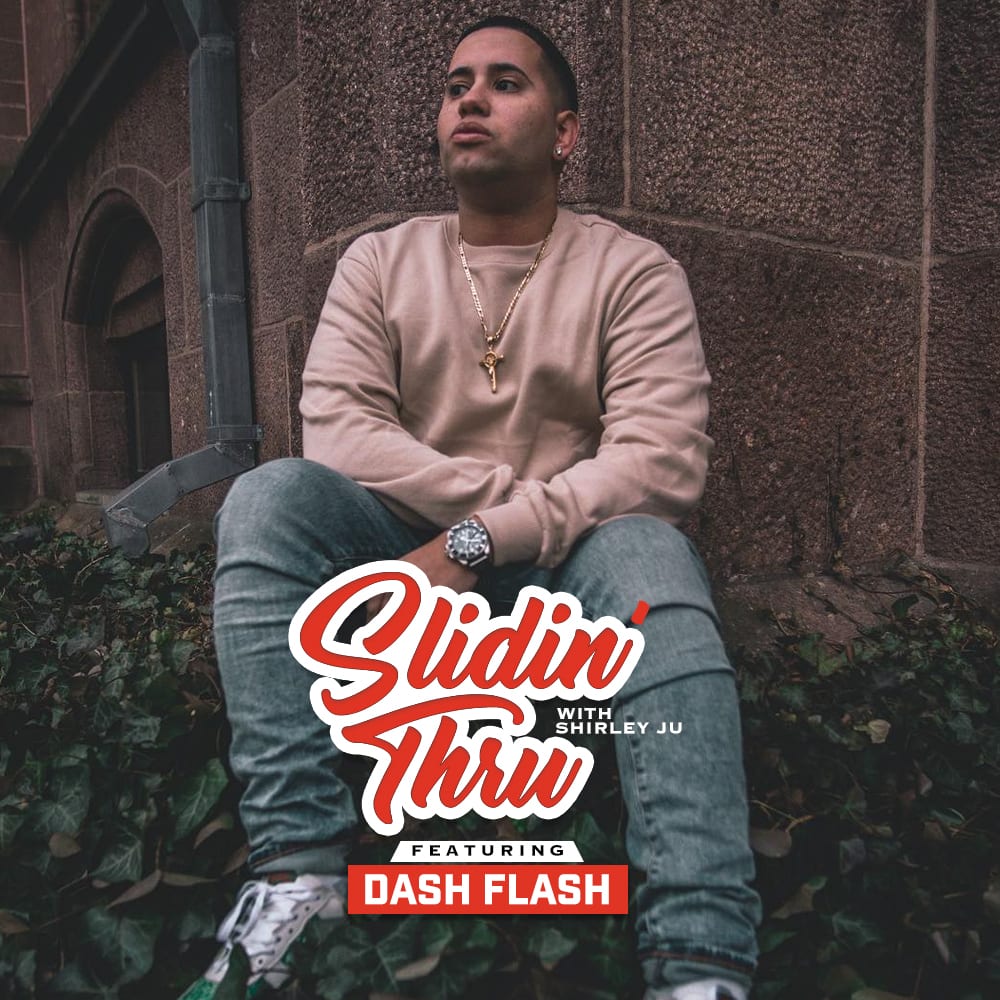 Dash Flash is here to prove dreams do come true as long as you put in the work and play your card right. Hailing from Connecticut and continuing on his independent grind, the “Mobbin” rapper unleashed his project titled Blessed in 2016, with standout features from Lil Wayne, Rich The Kid, RiFF RaFF, and more. Read more…

Having served 6 years in the military (and still part-time on weekends), real name Christopher Ferrand is here to find his footing in the industry, while staying true and genuine to himself at all times. Now, he preps fans for the release of his next project titled Make History.

How would you describe your sound?
I wouldn’t say there’s anything specific to it. I do a little bit of everything. I try to get to everybody. If anybody’s in the mood to hear a dope “get lit” type song, then they can hear that. But if they’re driving at night, just left the club and on the way back to the crib, then they can hear a lyrical song that has message to it.

You’re from Connecticut, how does that play into your life and career?
It’s not playing too much in it anymore because I’m more going to New York City, but I’ll always have love for where I come from. That made me who I am today. Everywhere I go, I always tell people “yo, I’m from CT.” I’m reppin’ the home state.

How important is it to come to LA as an up and coming artist?
It’s very important because there’s just so much out here. LA is like the New York of the West Coast. Those 2 are meccas, and then Atlanta too. There’s so much out here, you gotta connect with everybody. You have to see where you can go, there’s no limits. This is my third time out here in my life. That’s wild.
That’s how it is, that’s what I signed up for. At least I finished my time honorably. Now I got mad benefits, so it’s easier to do what I want to do. I don’t have to worry about where I’ma get where I want to get, I’m more independent.

What was life before the military?
It was crazy. I was hanging around with the wrong crowd, doing a lot of stupid shit. I had to make a choice. I said “yo I’m leaving, I’m not bouta get into anything crazy no more.” That’s when I went into the military.

What was the inspiration behind your name?
First I was called Dash. I started rap battling when I was 16. People used to battle in high school like crazy. The first time I did it, I beat some dude the first round so he called me Dash. Come to find out, there were a lot of people called Dash too that are artists. Some girl added the Flash to it.

You dropped Blessed in 2016. How has your sound evolved?
I’ve gotten so much better. I’m giving people previews to my next project, everybody tells me it’s going to be fire. On top of that, I’m beginning to do Spanish music too. I have a single on the way with an artist names Gio Bulla who’s signed to Sony Orchard. His song is sounding crazy. I noticed my growth when I did that Spanish song, because it came out good. I just keep working. What can we expect from your upcoming project Make History?
I plan on dropping it right before the summer starts. My birthday is June 13th, maybe I’ll drop it on my birthday. My project is basically done. I have a few major artists already but I’m thinking of adding one more. Once that’s finalized, we’ll also get the promotion in place, what’s going to be the concept, what’s going to be the single, etc.

How did you make the music work while serving in the military?
When I was deployed in the desert, I was just going to the gym and coming back to the room. There were mad people. I just put these headphones on and wrote in my notebook. Honestly, just driving. ‘Cause I was stationed in Charleston Air Force Base. Every time I’d be off duty, I’d go to Atlanta, Orlando, or Miami. I’d be like “which 3? What’s going on in these cities?” In Miami, I met AyoJuan. That’s DJ Khaled’s own engineer from We The Best Music. That’s my homie. I found out he’s Dominican too, he’s from the same part of DR my family’s from.

Are you still independent?
I’m with Empire distribution, which is independent. Right now, I like it because I can do whatever I want. Nobody can tell me nothing. Nobody takes a big portion out of my stuff. I’m grateful right now.

What is your take on the music industry?
It’s actually very dope if you know what you’re doing. How you go about things, you have to be really careful. If you play your cards right — I mean, just focus on the music and how you move. You can go out, act like a clown, and that shit might draw mad attention for one day, but then it’ll fuck you up. You have to be really careful. Once you’re really in the industry, there’s certain things you can’t do anymore. Everything is about the image. All eyes are on you at that point. What are some goals yourself as an artist at this point of your career?
Get bigger than I am now, obviously. Hopefully, get the deal I’m looking for in the future. Keep building. Get this bag, get what I came here for.

How important is social media for your career?
Social media is very important for everybody nowadays. Back then when people did something, it didn’t really stick. Now, we have continuity where people can look back at what you’re doing. See “okay, this person did this and that.” Having credentials, having that continuity where people can look back and see what you’re doing, will definitely help you out in the long run. The way you portray yourself is important.

What’s a normal day in the life? Walk us through.
I’m still in the military but I’m part time. I got out of active duty and said “yo, let me not throw all my benefits away.” My contract is up in 2020 for the International Guard, so I just do one weekend a month. I’m getting benefits from the VA. I’m chasing my dreams now, doing music

What advice do you have for an aspiring artist who wants to make it independent?
Invest in yourself, have a plan, don’t just go all out crazy. Actually write stuff down and be like “okay let me knock this goal out first.” Know your prices too, see where you can get things lower. Network, but don’t go out and be too crazy. Know how to move. Have a publicist. Have a team that believes in you and actually cares to improve your craft. Be patient and keep working.

3 things you need in the studio?
People who aren’t disturbing you, going all crazy in the studio. That messes it up. People who are actually in there telling you what to do. “You have to emphasize your voice at this part.” You need people in the studio that are critiquing you. If you have a big artist that’s in there, maybe you get a video camera to show people what you doing. The third thing, maybe some weed.

What would you be doing if you weren’t doing music?
I can’t see myself doing anything else, because it’s so ingrained in me at this point.

Favorite song to perform in a set?
“Mobbin” or “Ghost.”

What’s the best encounter you had with a fan?
Today we were on Melrose, I had to get some shopping in. Someone was walking down the street and was like “you’re Dash Flash right? You did that ‘Mobbin” track with D Savage.” He dapped me up. I was like, “Yo that’s dope.”

Talk about linking up with D Savage
My homeboy is Grownboitrap from Florida. I get out of active duty and went back up north. He just happened to come to New York. At that time, him and D Savage were both signed to Republic. They were at a tattoo shop. He hit me, told me to pull up. D Savage was there too. He was like “who are you?” I was like “I’m Dash Flash.” He looked at my social media and was like “oh shit, you’re verified too? Welcome to the club.” He gave me his phone number. He had a penthouse in Brooklyn at that time. I was going to his house a lot and chillin’ with them. It was a good time. We got a song done. After that, he was getting ready to go back to LA. I said “yo while you’re out here, let’s knock out the video for it.” It was something so quick. I was literally driving from Connecticut to New York, and hitting up mad videographers that lived there. One just so happened to hit me back and we made it happen.

Who’s the most played artist on your phone?
He just walked out of the radio station: YNW Melly. He was following me for a hot minute, I don’t know who was running his social media. [laughs]

Dream collab?
I don’t really feel like it would be a dream because anything is possible. We could make it happen whenever really. I guess YNW Melly. Either Melly, Lil Durk, Ozuna, or Bad Bunny. Any of those 4 would be a blessing but I think over time, we’ll make it happen. Just gotta keep working, that’s all. 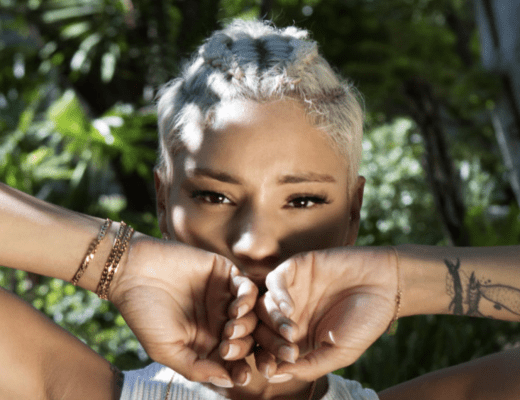 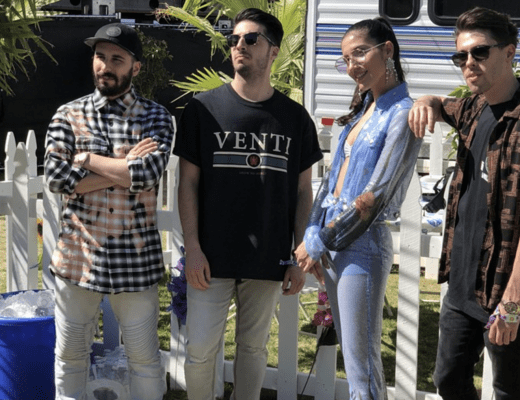 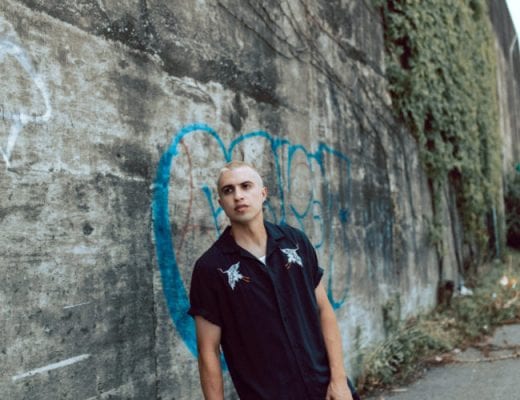