Struggles Independent Artists go through according to Codi Smith 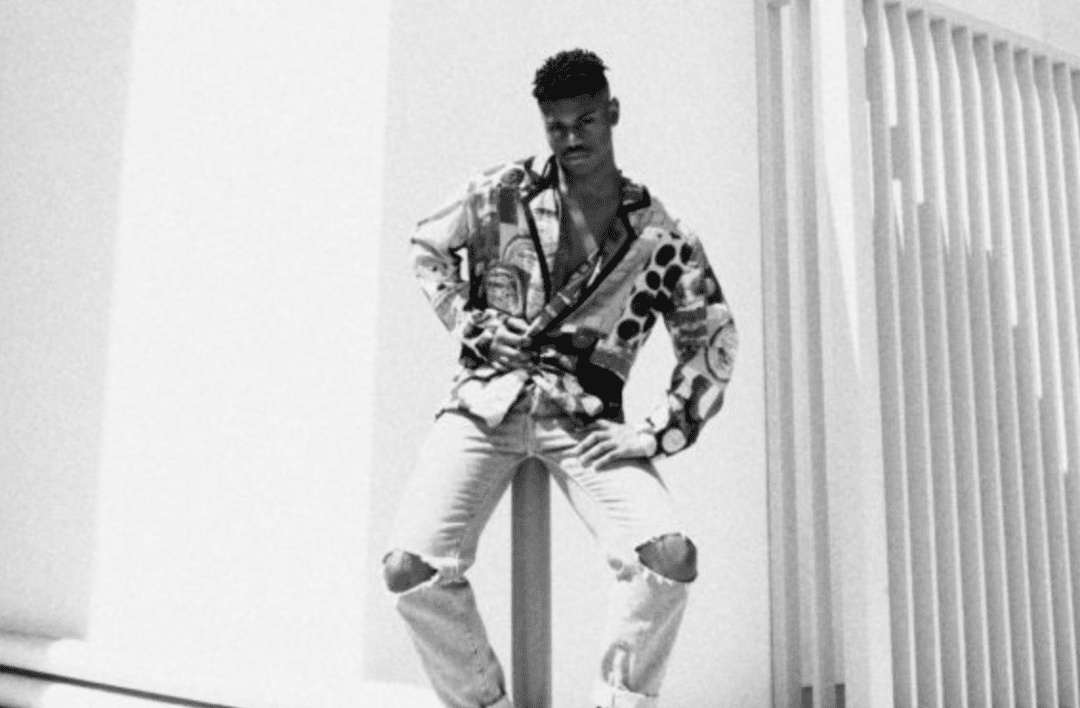 Codi Smith is a self-described “pop star singing sensation.” Translation: he’s here to represent for all the kids that are like him. For him personally, there are not many people like him that he’s able to look up or relate to.

Dealing with the struggles of being gay, making sense of love, and being able to create as an independent artist with limited resources are just a few of the things he writes about. While the lyrics stem from a real-life experience or a deep place, Codi in turn turns them into something “very pop and light,” a sound audiences can’t help but resonate with.

Born in Clearwater, Florida and moving to St. Louis at 8 years old, it was a decade later that the singer-songwriter found his way to the city of Angels. Having been on the West Coast for 6 years now, he describes his journey as “very random,” but also a leap of faith in chasing his dreams.

He states, “I had a friend that went to college here and she knew I was trying to leave Missouri. She basically was like ‘you can sleep on my couch,’ and I literally left 7 days later. I slept on her couch for about 4 weeks. Everything was new to me. I was 18 years old, I never lived alone before. I knew nothing about adulthood or surviving. I didn’t have my mom there to help me much, so it was a lot.”

The majority of the time Codi spent was pretty much survival: figuring it out, having a steady job, paying for things himself. He didn’t go to college, so there was no back up plan. Music was the be-all and end-all.

It all began at age 14, when he was doing a lot of musicals and acting. But at age 18 was the moment he decided he was going to be an artist. He remembers,

His first taste of positive reception came during school when he actually made songs and they’d go viral. In fact, one song called Shake Your Ass Because It’s Valentine’s Day started off as a joke [laughs], but soon became the anthem on graduation day.

“When we graduated, it was Shake Your Ass Because We’re Graduating! Everyone loved it. I was like ‘Oh, I can make these bops.’ I started making pop songs pretty much on GarageBand. If you have GarageBand, it’s everything. I didn’t know what studios to go to. But if you’re feeling creative, you can just go on your computer and make songs. I’d upload songs to my SoundCloud that I literally made on GarageBand.”

Having limited resources has to be one of the top struggles for any aspiring artist, but Codi gives us hope: utilize all the tools you do have and grow from there. Eventually, he found his way to the studio obviously…

Last summer, Codi unleashed his EP Manifesting Miracles, which is exactly what he hopes you do through his music. It was his mixtape two years ago that he put on SoundCloud, which made him realize it wasn’t music he made from scratch. It was just him writing over beats and recording it, so he didn’t own any of it.

“I actually randomly got a tarot card reading and got a card that said “manifesting miracles.” For some reason, that title clicked. I was like ‘okay I have to come up with my own stuff.’ The EP started off more like practice, it was very hard to cultivate my own sound, my own identity, who I was.”

While the entire project goes into his emotions, nothing is too heavy. He consciously tries to make everything sound happy, even if it’s not. With these highs and lows, his biggest advice to date is to utilize what you have.

When you learn, you can articulate how you want certain things to be. That way, it’ll be less studio time spent because you’re on top of your shit. Also: Distrokid.

“Distrokid, Distrokid, Distrokid! I suggest to any independent artist to hop on Distrokid ASAP. It’s a distributing company online, they can put your stuff on iTunes, Amazon, literally every platform imaginable for $20 a year. I say fuck SoundCloud because first of all, most people have Spotify, Apple Music, or they go on iTunes. That way when they’re streaming, at least you’re get something to put back into what you put your money into.”

In addition to having people save your stuff on their playlist being “very, very crucial,” Codi suggest putting yourself out there.

“Actually, the whole thing is a hardship. The whole thing! At least for me, it’s hard. Not any part of it is easy. Social media can give me anxiety, but I know I need it to reach out to people. But it can be a lot, worrying about likes and things.”

And that’s just the backend part of it. You have to book your shows. You have to prove yourself to people. “I’ve performed so much for free just to get my name out there.”

Codi was shut down for 7 months straight when he first moved to LA.

“You’re not gonna believe this but for 7 months, I was applying from job to job. I don’t know if it’s because I didn’t have that much on my resume or what it was…”

Codi had it rough on the job search. He was called names, he had cash registers thrown at him…

“…you have to work to survive…Which sucks because you’re literally giving them you. Your whole energy, your whole being. Sometimes when you get home, you’re not inspired. Codi states, “sometimes when you’re working these jobs, you don’t feel as much as an artist as you want to because you feel like a sales associate. That’s what you are the majority of the day.”

“…It’s way easier to make a song than to make a music video.”

A song may only require you, the producer, and the engineer — you can be creative. But a music video? You need the director, the cinematographer, you need a lighting guy. “You need so much, and so much money goes into it that people don’t realize. It’s a lot of hard work, especially if you’re as hands-on as I am. You can run into people who have big egos.”

Most recently, Codi just ran into a problem with the last video he put out.

“The guy I worked with had a huge ego and wouldn’t take any of my ideas. In my head I’m thinking ‘I’m paying you, this is my song, my video, this my YouTube channel.’ Like I’m literally paying you for a service. He’s like ‘well in my professional opinion, I like it like this.” It was just awful.”

While every aspect of it is hard, he wouldn’t change it for anything.

“At the end of the day, it feels better when you accomplish something that you never knew you could accomplish. When you have a finished product, it’s like ‘Wow okay, it worked out.’ You put so much into it and it’s here. It’s a good feeling.”

Being Judged & Being Hard on Yourself

For Codi, one of his biggest hardships is overcoming the struggle of not only being black and gay and the judgements and stereotypes he faces, but being in his mind about it.

“It’s something that I try not to think about. I try to take it day by day and give everybody a clean slate. Being black and gay, you’re used to being judged off the bat. I don’t want to meet someone and think ‘oh they’re judging me, oh they could hate me.’ I don’t want to put any negative karma back on myself just from the things that I’m setting up in my head.”

He adds, “That’s why I care so much about all of this, because even if there’s just one person who’s black and gay, and they see me and think they can do it then, it’s all worth it.” 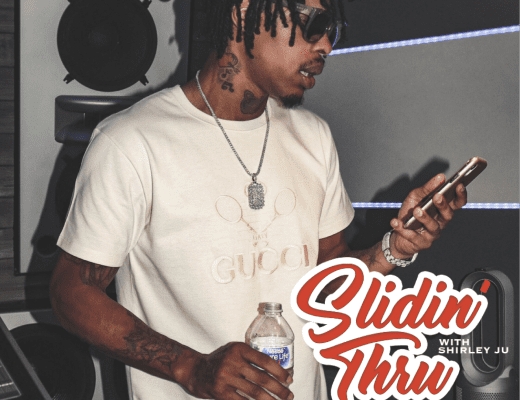 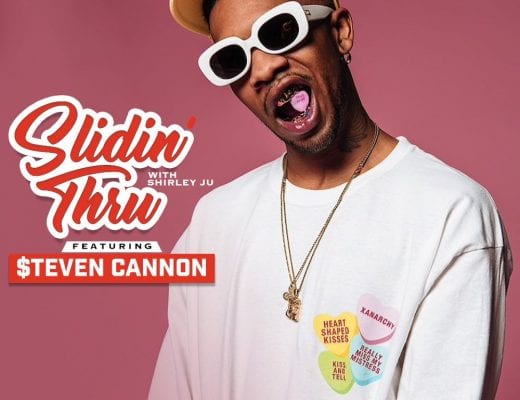 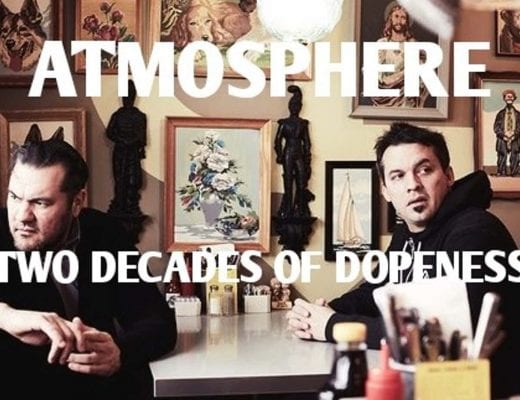