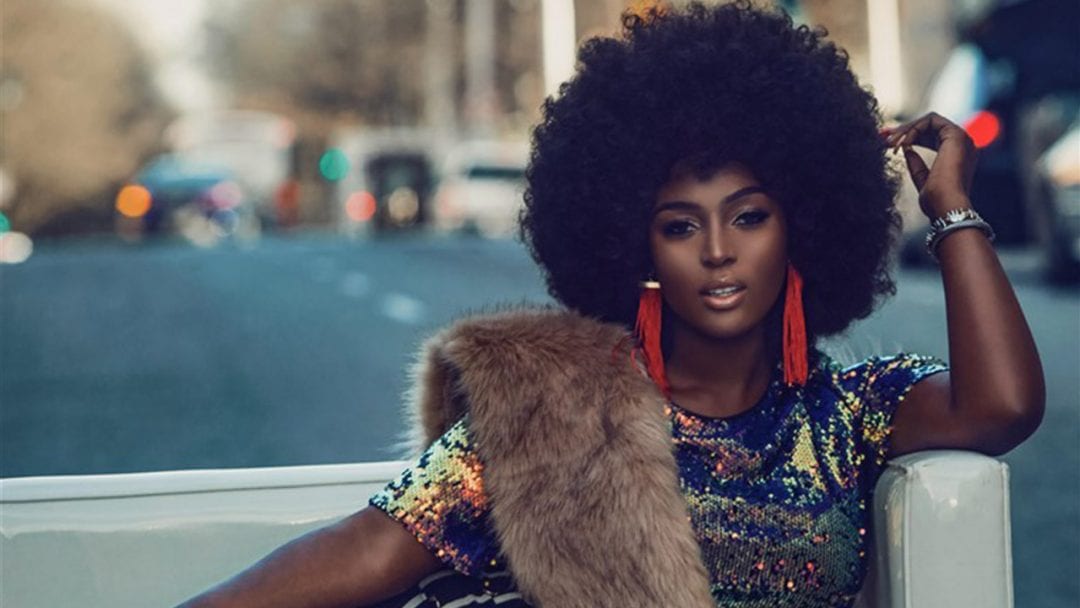 Amara La Negra is here to entertain the masses with her infectious personality, immense heart, undeniable talents, and breathtaking beauty.

While you may recognize her from her role on VH1’s Love & Hip Hop: Miami or maybe winning second place in the Univision dance competition show ¡Mira quién baila! the 28-year-old’s most recent endeavor includes music, a platform that allows her to showcase her diversity and multicultural backgrounds.

With over 1.9M followers on Instagram alone, the “Serving Individuality” recording artist recently unleashed her debut EP Unstoppable, aptly titled to describe her current stance in life. Going beyond entertainment, she stands as an outspoken activist for female empowerment and race equality.

In fact, she was featured as the newest member in SKYY® Vodka ‘s Proudly American campaign, which explores the values in which America was founded and what they mean to citizens today, joining the likes of John Cena, Trixie Mattel, and Gus Kenworthy as they use their voices to illustrate and uplift the American spirit.

Trending All Day caught up with Amara as she graced the red carpet at her EP release party at The Association in downtown Los Angeles.

For those who don’t know, who is Amara La Negra?

Amara La Negra is an artist born and raised in Miami. She’s a Latina, she sings, she dances, she acts. She does a little bit of everything. She’s fabulous, what else can I say?

Talk about the swag that bitches from Miami have.

We’re very sassy. Just as far as our style, I think that’s the word. Miami girls are very sassy, colorful, slightly slick out of the mouth.

What’s your favorite part about the West Coast?

I can say it’s more an Americanized city compared to Miami, but the vibe is pretty much the same. LA’s pretty cool, the weather is good. The ambiance is very artistic. It’s not too far away from home.

You say you’re born to be an entertainer, what does that entail?

I was born to make other people happy with my art. To entertain whether it’s singing, dancing, acting, anything that has to do with art. That would pretty much sum it up.

What about the worst part?

Having to deal with basic bitches.

Obviously, I want to expand. I want to explore other things. I know LNHH requires a lot of time for filming. People only get to see one hour of show that takes many hours and months of filming. But at the same time, I’m not sure I’m ready to leave. I’m battling between staying or leaving.

If they raise that price… just kidding.

No really. If y’all bring them numbers up… okay!

“What A Bam Bam” is at over 2.7M on Youtube. Did you foresee it blowing up like this?

We did “Bam Bam” for fun, it actually turned out to be bigger than what I expected. It was one of my first projects in English, in Spanglish. It’s a work in progress doing the crossover into the American market, but I love that song. It really speaks to me. It talks about having fun and letting men know that you’re not an easy girl, which is true. It has a lot of positive messages in this song, I truly like it.

Congrats on Unstoppable! How’s the fan reception been?

It’s been really, really good so far. Unstoppable is my first EP, my first English project as a whole since I’ve been signed to BMG. I’m grateful for them. I’m grateful for this project, it’s one of many. It was kind of to test the waters, to let the audience know I have different sounds, different flavors. The album will officially be out in summer.

What can we expect on the album?

I don’t know yet because we’re still recording. We’re still working on it.

You’re only 28. What do you want your legacy to be?

I want to be remembered for being a warrior. For being a leader, for being confident, for breaking barriers for others. My music is just part of me. Being able to entertain is just part of me but there’s so much more into Amara La Negra. Sometimes, you can get lost in the physical aspect of “oh you’re pretty, you have a big butt, great.” But behind all that, there’s an intellectual woman who wants to make a difference. That’s why I’m an activist for the Afro-Latino community besides the music, there’s are a lot of things there to say.

What does your mom think of your success?

Can you talk about your fashion style?

My fashion style for tonight: Fashion Nova! See it? Boom. [shows off dress]

Talk about your campaign with SKYY.

I’m grateful for this amazing campaign that SKYY vodka’s put together, Proudly American. I am proudly American, proudly Latina, proudly Afro-Latina, proudly me. I’m so glad to be a part of this amazing campaign. I’m grateful that they saw the potential in me not only through my music, but as an activist and what I represent for both communities. I’m just excited. I’m excited they’re a part of my amazing EP release party tonight.

Social media is extremely important. It’s the new wave. Everything happens through social media. It’s a way to stay in contact with your friends, your followers. Being able to release music through there, creating a online family, it’s important. It’s only gonna get bigger.

There’s so many of them! I can’t think right now who’s my favorite one. Maybe Rickey Thompson. Coot Corleone: Why He’s Next Up Out Of Los Angeles 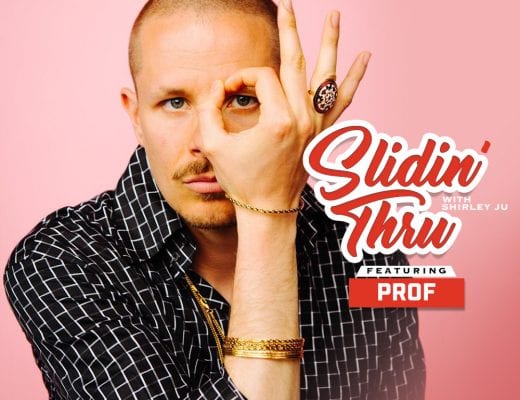 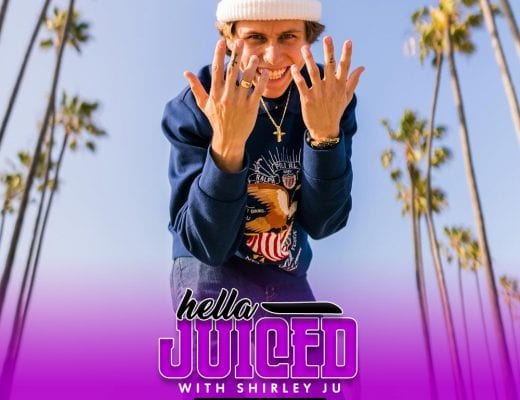