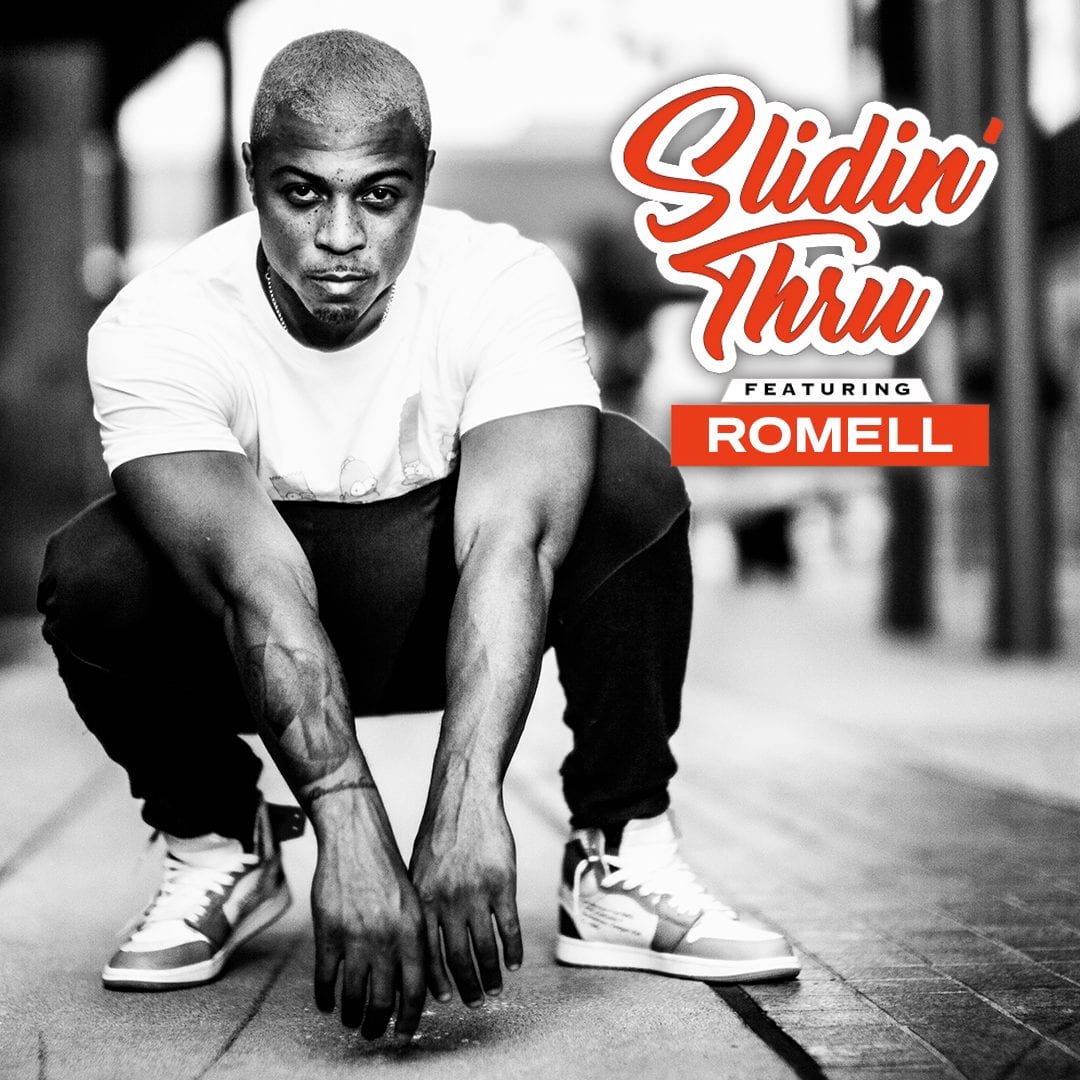 In 2019, vibes are everything — which is why Romell arrives just in perfect time. Hailing from Milwaukee but finding his new footing in sunny Los Angeles, the singer-songwriter combines that nostalgic old school R&B feel and combines with the new school melodies and trapped out beats. Read more…

Fully aware of the work that needs to be done to get to the top, the 26-year-old prides himself in remaining real, authentic, and honest at all times. Now signing a deal with Anti Gravity, Romell celebrates a new single titled “Die Alone,” co-written and produced by Justin Gray (Avril Lavigne, John Legend, etc.)

For those who don’t know, who is Romell?
Romell is a charismatic, intellectual, deep person who just wants to give good vibes. Simple man, real simple.

Where do you fit in the realm of hip-hop and R&B?
I’m trying to create a new realm right now, just being honest. I listen to everything obviously. I kind of fit right in between. I have a good balance because I’m actually able to rap, but at the same time sing. I fit right in the middle.

You’re from Milwaukee, how does that play into your life and career?
It played a lot actually. If I wasn’t raised or born there, I don’t think I’d be able to make it out here in LA right now. Where you’re from actually makes you and I went through a whole lot there. Saw a whole lot. Grew up in poverty, single family home. I had to figure out how to survive early.

How important is it to come to LA as an up and coming artist?
What? [laughs] For real, if you really want to do music or any type of art, you gotta come here. You’ll never know if you’re good enough if you don’t come here. If you can make it here, you can make it anywhere. I love my city. I love my home. I already had their support but what I’ma do, just sit there? If you really want to be great, you have to go where the greats are. LA’s definitely one of those places.

How long have you been here now?
About 4 years. Fairly new, I’m still a baby out here. I don’t really go out too much. I’m not a partier like that but if I do party, you will see me partying. [laughs] It’s like you gotta catch me.

Favorite part about the West Coast?
The beaches. I stay in Burbank, but the beaches really give me a lot of peace. I go there a lot and just sit there.

Which beach do you go to?
Every one. Each week, I try to switch it up. Malibu, Santa Monica, because each one gives me a new perspective. ‘Cause Monday to Friday here is non-fucking-stop. I go to get a new perspective on what I accomplished this week and what to accomplish next week. To refuel me.

What was the inspiration behind keeping your real name?
It was time to really give the people me. I coulda come up with a dope Lil… you know? This time around, I wanted to give them me, even if it’s something intellectual, deep, or funny. As you can see, I’m pretty loose.

At what point did you realize this music thing was forreal?
Shit, when I came to LA. I always thought I was a little bit good, like “yeah okay I could do this, get on the radio here.” But when I came out to LA, I got a lot of love from people who I looked up to. Started rubbing shoulders with them and they’re actually hitting me for advice. Like “yo what do you think of this?” It’s like oh shit, my opinion matters. That’s what it’s about when you’re doing something creative. When you start to figure out your opinion does matter, you’re on the right track.

“Die Alone” is a vibe. Talk about your mindstate creating this one.
This was one of the first times I had to tap into a place where I’ve never tapped in before. Actually speaking about my pain, my past relationship was very pivotal to me, I just needed to figure out how to put it in song form. I could’ve just cried throughout the whole record, but I really wanted to display from day one to day whatever in 3.5 minutes.

Talk about bringing it to life in black and white.
My man Josh Rose is one of the creative directors on my team. I wanted it to be something raw. My first visual out, I wanted them to actually have to look at me and actually listen. I didn’t want too much going on. This scene, that scene, you get lost in the visual. I wanted to give them something they could pay attention to.

You say “depression that shit is real.” How has music been a form of therapy for you?
That shit’s fucking real. It’s been the biggest help for me. A lot of people say without that, I’d be nothing. But I honestly feel about without music, I wouldn’t be able to fully express myself the way I am now. I’ll still be trapped, still be held in, still be fully depressed. I’m still dealing with it everyday. It’s not like it just goes away, I just know how to cope with it a little more.

Music has helped me: “I’ma have a good day. I want to talk about this today.” I was seeing a therapist but at the same time doing music, I’m my own therapist. I’m able to talk out loud. Some people are afraid to see a therapist, and also afraid to talk out loud. Not every song is going to be about crazy stuff but songs that are for that, I hope I can be a voice.

What is it you want fans to get from your story?
That it’s authentic, that it’s real. That it’s okay to feel a way. It’s okay to be hurt. It’s okay to be happy, to be sad, to be miserable, to be depressed. That’s life, we all going through something. I just want them to feel I’m here with them. I ain’t gassing nothing. Ain’t got no big chains, and I’ll probably never buy none of that. [laughs] I wanna buy some property before I buy that stuff. Hopefully I can give them what they want, need to hear, and not just for a moment.

What can we expect from your music-wise?
The good times are coming. Right now, I just want to build a story to help people get to know me better. I coulda gave them something and went straight to the club with it, but nah. I don’t think that process is good. Have people actually tune in and grow with you. Feel like there’s somewhere to go with you because if I take ‘em right there, there’s nowhere else to take them. Start from the beginning and tell the story about how broke I was, how sad I was. [chuckles]

Being in LA, you gotta figure it out. Grind it out. This life we trying to live is no joke. I’m not about to sit here and lie like “I made it!” Even though the deal is in hands, I still work. I still do everything. I have a job 24/7. If I’m not working working, I’m working.

What are some goals yourself as an artist at this point in your career?
To just fully inspire people. Be themselves. I’m still learning how to fully be myself as well, but I know the energy I bring around uplifts people. I don’t know what they’re going through, they don’t know what I’m going through. I don’t want no groupie love, just yet. Just kidding. [laughs] I just wanna make people feel good, just live.

How important is social media for your career?
It’s important for everyone’s career. You have to be on there. I do it in moderation to the point I’m not feeling like I got my phone in my face. It’s self-promotion. It’s a good tool we have. How bad do you want it? Show yourself. There’s a lot of artists who show themselves, but is that really you? I can’t do too much, because it’ll be too fake. I say what’s up, what’s poppin’. I just do me. It’s very helpful and resourceful.

Who’s your fav person to follow?
Let me look ‘cause I don’t follow that many people. [scrolls phone] Will Smith. He’s hilarious but at the same time, he’s motivating. You never not see him doing something. You never seen him not working. He ain’t posting pictures of himself getting himself getting wasted everyday. He’s posting stuff he wants to do, he’s living to do. His mind’s just so locked into life, that’s inspiring. He knows it too. He’s helping so many people..

What’s a normal day in the life? Walk us through.
Wake up, look at myself, say “what the hell are you about to do today?” Shower, gym, breakfast, shower, dressed, session, meeting, chill, eat, gym, session.

You gym twice a day? That’s discipline bruh.
Yeah, I do cardio in the morning and lift that at night. As much as I hate it… you gotta fit the bill. You gotta look good. [laughs] Talking with family. I love talking to my mom. FaceTime her everyday, she’s back home in Milwaukee. Then sleep. It’s a full routine. I try to have some fun in between if I can. But if not, I gotta stick to the routine, because that’s what got me talking to you right now! If it ain’t broke, don’t fix it.

3 things you need in the studio?
Wine, good vibes, and a piano. It’s not like I fully play, I love hearing it to get you started.

What’s the best encounter you had with a fan?
Just 3 days ago, someone DMed me like “yo this record, you’re talking to me.” I was like “man, I appreciate that. If there’s anything you need man, I’m here.” He hit me back like “do you have a minute to talk?” I just hit the DM on the FaceTime like “sup?” He was like “yo you hit me!” I was like “let’s chop it up.” He was telling me what he’s going through. I was like “yeah I’ve been there, this is what you can do. It might not work for you, but this is what worked for me.” That was just so real. He asked me for help, and I was like “why not?” That was dope.

Who’s the most played artist on your phone?
Stevie Wonder and Prince.

Anything you want to let us know?
Make sure to check out the socials: @Romellofficial_ Don’t forget the underscore. Download that “Die Alone.” Live life man. Don’t be afraid to be free. Be you. Be human. Give love where you’re able to, ‘cause you control your own energy. You control your surroundings, so be mindful of that. 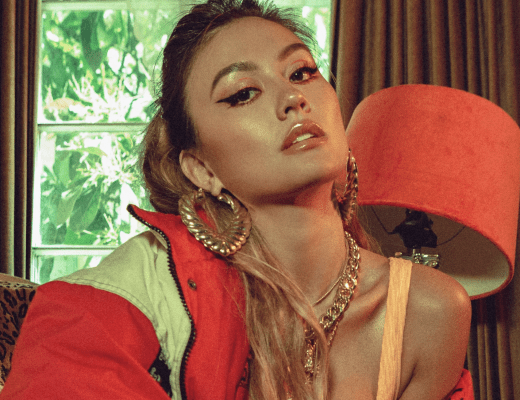 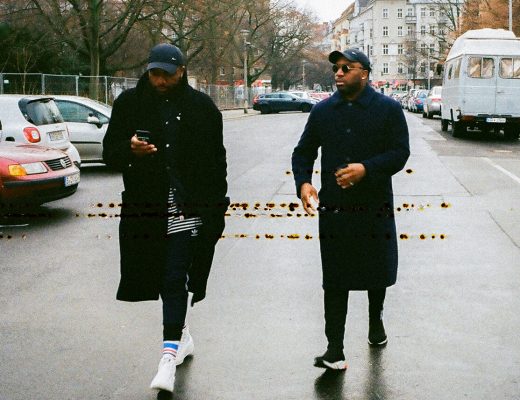 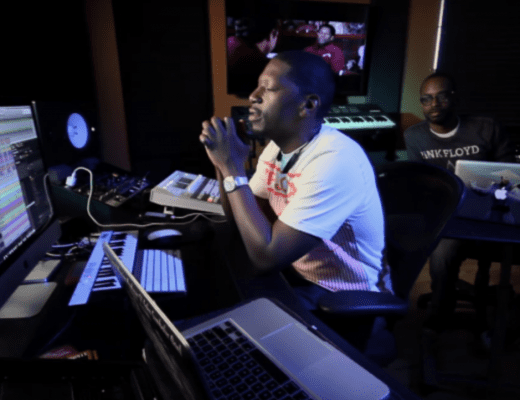 In His Own Words: Symbolyc One Breaks Down Producing Songs for Kanye West, JAY-Z, Lupe Fiasco & More