The rapper released the album “Crash Talk” on April 26 and received a shout-out from Drake at the BBMAs five days later.

At last week’s Billboard Music Awards, Drake took a moment of his acceptance speech for best male artist to note the importance of camaraderie among rappers. Specifically, he shouted out Schoolboy Q, telling the crowd at Las Vegas’ MGM Grand Arena: “Schoolboy Q said something really nice about me the other day. I had to sit there and debate whether or not I was gonna reach out to him. Obviously, I didn’t want to be that guy that was too cool. I reached out to him, I let him know it meant the world to me.”

The gesture was a sign of respect as much as a nod to potential collaboration and friendship. Schoolboy Q is among an elite roster of talent at TDE (Top Dawg Entertainment) alongside Kendrick Lamar, SZA and Jay Rock. On April 26, he released his long-delayed fifth album “Crash Talk,” which, clocking in at 14 tracks and 50 minutes, is about as compact a dose of dissonance as you can get for a party-banger album these days.

That’s in part because Schoolboy, whose real name is Quincy Hanley, is feeling introspective of late. The South Central Los Angeles rapper has been at it for over a decade, but the last year may have been among his most trying. First, there was the death of close friend Mac Miller, who overdosed but also battled depression, something Schoolboy has struggled with, too. More recently, another L.A. hip-hop luminary, Nipsey Hussle, was gunned down — a death that shook Schoolboy to his core.

The 32-year-old met his devotees on album release day when he staged a pop-up in the Fairfax district that drew a long line down the street. Afterwards, Schoolboy Q, who says he’s the “happiest [he’s] ever felt,” caught up with Variety.

How do you feel the response to the album has been?
You know what? This is art. You either gonna like it or you not gonna like it, and I really don’t care. Because I’ve cared way too much in my career. Way too much.

You’ve scrapped the album a couple times, at what point did you realize it was ready?
[When] it felt like how I wanted it to sound. Short album; 14 records; under 50 minutes. I always wanted to do that.

Why stopped you from a compact album in the past?
Trying to please people … and compromise my art to make somebody else happy. I love all my albums, don’t get me wrong. But I will always do a little extra, make sure I do this or that because I wanted a good review or some shit. That’s not how music should be made. You should make music because that’s what you want to make.

The look of your album covers often obstructs your face. How did you collaborate with visual artist Blue on “Crash Talk?”
Blue already had it, ‘cause I had it in mind that I wanted to use a bag to cover my face for this next album. When I saw the picture, and it was yellow — the whole theme of the album is yellow, gray, and black — I’m like “bruh, I need that.” I put my touch on it, my handwriting, bullshit like that, but that was all him.

What’s the meaning of the bag on your head?
I just cover my face [on] every album. It’s like a fresh start. ‘Cause none of my albums sound the same. “Oxymoron,” “Blank Face,” “Crash Talk.” … It’s like a new person every time. I was Groovy Tony last album, this album I’m Crash.

Kid Cudi really makes “Dangerous” stand out. How did it come together?
I had the song done since 2016. It could’ve been on “Blank Face” actually. I wanted someone else to put some flavor on there, and I hit Cudi. I went to his studio and he laid it down. He made it hard.

It’s been a year since Mac Miller died and a month since Nipsey. Did that have anything to do with the album getting pushed back?
After Mac, I pushed it back, like, “Nah, I couldn’t do that.” Then Nipsey died and we pushed it another week. I wanted to drop it in May…  but we had all these pop-up shops and so much of the work was already done. We weren’t expecting Nipsey to pass. It put me in a weird spot. It’s just a f–ked up situation. 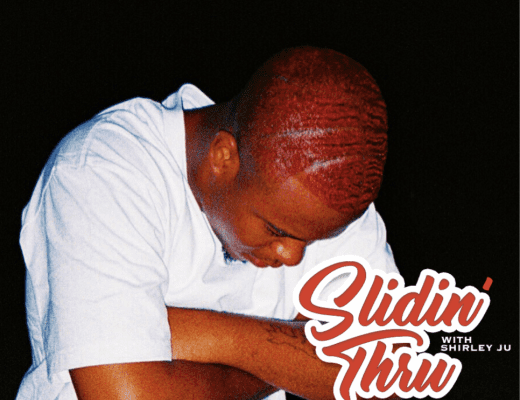 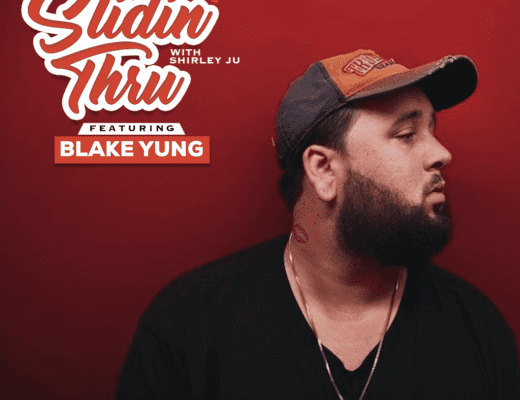