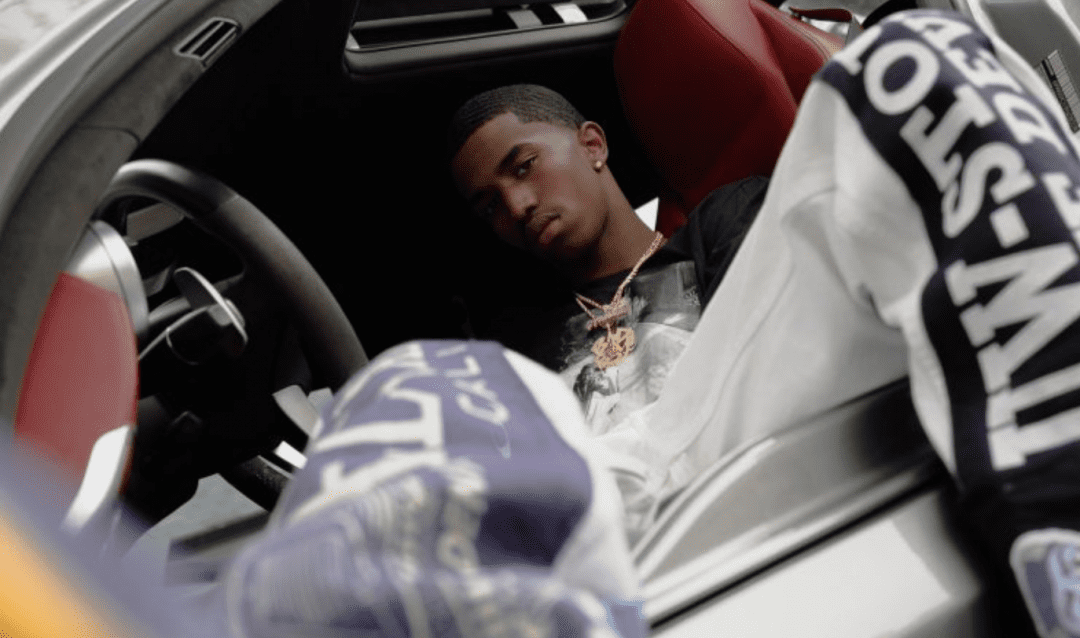 We spoke with King Combs about The Notorious B.I.G. influence on his music, getting City Girls on “Surf,” and the pressure in filling his dad’s shoes.

King Combs is the youngest son of one of the most iconic figures in contemporary music: Sean “Diddy” Combs. Those are big shoes to fill. And yet, King, real name Christian Casey Combs, is walking just fine.

Hailing from New York City, but moving to Los Angeles in middle school, the 21-year-old rapper has been trying to bridge the gap between the East and West Coast. He draws influences from both sides of the country, fusing the two into a bridge that listeners can’t help but vibe and ride out to.

Back in March released his official debut album Cyncerely, C3, with features from City Girls, Jeremih, Ty Dolla $ign, Tee Grizzley, 03 Greedo, and more.  The album is mostly light-hearted and fun. Cyncerly, C3 showcases Christian’s ability to spit, flow, freestyle, and create bangers. Just an overall good time. However, it begins on heavy terms. On “Heaven Sent,” the project’s intro track, Christian raps, “My moms just passed, I ain’t know what to do / But I’ma keep livin’ like instruction.” Combs is, of course, referring to the death of Kim Porter, who, last November, died suddenly due to complications with pneumonia in her San Fernando Valley home. ( Not only does he dedicate the project to his late mother, but each song was recorded with her in mind.)

On the nine-track project, the rapper utilized his own connections/relationships for features vs. outside help. In addition, his strength and resilience to overcome obstacles and hardships that come with everyday life does not go unnoticed.

Okayplayer spoke with King Combs about Biggie’s influence on his music, getting City Girls on “Surf,” and the pressure in filling his dad’s shoes.

C3 is your alter ego. Can you describe him for us?

People already know me as Christian Combs or King Combs. But C3 is really like my personal self with my friends and stuff. My auntie be calling me C3. Christian Casey Combs. I have three C’s in my initials, that’s where it stems from. The reason why I called this project Cyncerely, C3was if you listen to it, you’ll hear it’s not all the same vibe. That’s really how I am as an artist, I have a lot of different vibes. I’m not just nostalgic rapper or just a West Coast rapper.

How often are you C3 vs. King Combs?

I feel like I’m both all the time. C3 is really the playful one. The one that’s playing video games, playing basketball, or playing football.

I love seeing AzChike & 1TakeJay on there. Talk about putting on these artists on your album.

AzChike and 1TakeJay, they both real cool. When we met, it was organic off the rip. We’re mutual friends from our friend Jaleel and Ed from the city. We all just came together, it was great. The energy they have, it’s so special that everybody should hear that. When you go in the booth with them, they just turn up instantly. The way they record too, they don’t let you hear it. They don’t let everyone outside the studio hear it. You record it and it’s fire.

The studio session for “On It!” I remember AzChike played the beat and I’m like “yo this is hard. For sure, this is the one!” He did it in like two seconds. He went in the booth, was just vibing out, made it. Then I was vibing with my part, laid it. It was real organic. It came together quick. Then I was like “yo, we gotta hit my nigga 1Take. 1Take would be wild on this thing.” 1Take came to the studio, he laid his verse quick too. Both of them is real quick, easy, we all just organically work together.

Talk about working with 03 Greedo on “The West.” What’s your relationship with him?

Working with 03 Greedo was real dope. Free 03 Greedo! It was three, four weeks before he got locked up. I remember we was just talking about it. We just wanted everybody to know that East and West, we’re together. We just supporting that vibe. Almost all of my friends are from NY, from the East Coast. It’s really East Coast people on the West. 03 Greedo brought us together super smooth on the hook.

His work ethic is probably one of the top of the people I’ve worked with. Smooky MarGielaa’s work ethic is crazy too. When I did the song with 03 Greedo, he knocked out three other songs. Like right away, right off the rip. Fire too; he’s special.

Did you record “Surf” with City Girls in the studio?

Working with City Girls was real dope. I actually sent them the song because they were in Miami and I was in New York. I remember I was just thinking like “yo I need something to bring the edge to the song.” I’m doing it, but I want somebody that’s already in that field because I’m not really that type of rapper. [chuckles] But that is a side of me. I love music like that, that’s why I had to put that on there.

How much of a hand did your dad play in the project?

He actually didn’t play any type of hand in the recording process. I got all my features and stuff by myself. I remember when I was deciding which songs to put out, I was getting his opinion. That definitely helped me because I was supposed to drop six songs before, then he heard these other songs that I didn’t play him as much. He was like yo these are hard you gotta put these out.

The biggest lesson I learned from seeing my pops work is that it never stops. I’ll be with him the whole summer, the whole entire day, he’ll just wake up and work. Go to sleep. Wake up, work, work, work. Every day was work. It was never like he’s doing nothing for fun.

How do you go about formulating a record/verse?

When I do a verse or song, I really just catch the vibe naturally. I don’t force it. I usually like to go inside the booth without writing anything yet. Just recording some thoughts in my head, get melodies off. I like knocking it out, I don’t really like sitting on a song for too long. I like doing it right when I hear the beat, I don’t wanna wait two days.

“Birthday Suit” has The Notorious B.I.G. vibes written all over it. Talk about the influence he played in your life.

Biggie played a super big influence in my life, he fueled me to become a rapper. I always wanted to become a rapper, but seeing documentaries and knowing that my family was a part of that — seeing him grow and blow up just gave me inspiration. Biggie and the whole Bad Boy legacy. I’m so happy to be a part of it.

What does Bad Boy mean to you?

Bad Boy, that’s my life. That’s the legacy I was born into. I always took pride in that. I’ve always been a Bad Boy for life. I want to take the legacy to the next level and make a name for myself.

You dedicated the project to your mother. How has music been a form of therapy for you?

Music has definitely been a form of therapy. When I’m in the booth I always think of her. I always just think “yo this what she always loved me doing, seeing me become a superstar.”  I know she’s smiling down on me.

What was the greatest memory in creating this project?

It’s a lot of great memories it’s hard to just capture one. As for me, I really had fun recording “Heaven Sent.” I truly had fun doing that because I just loved the flow. When I was recording it, I just liked seeing it. I kept doing it over and over just ‘cause I wanted to — I really chose the first one. [chuckles] It was just fun.

I spit it all the way through. If you notice, I didn’t punch once. I didn’t have to take one break throughout the whole thing. It took a couple takes but it was fun. I wanted to get it perfect. 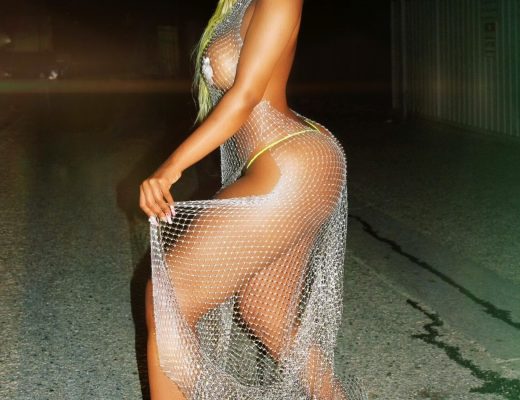 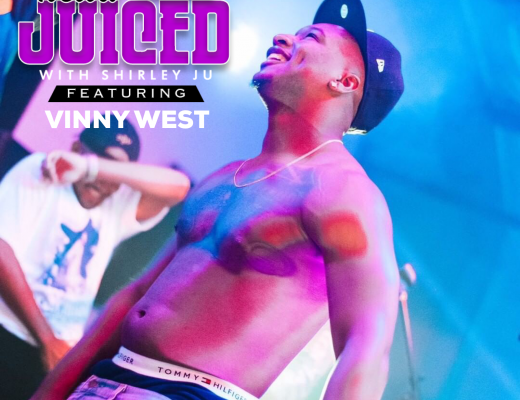 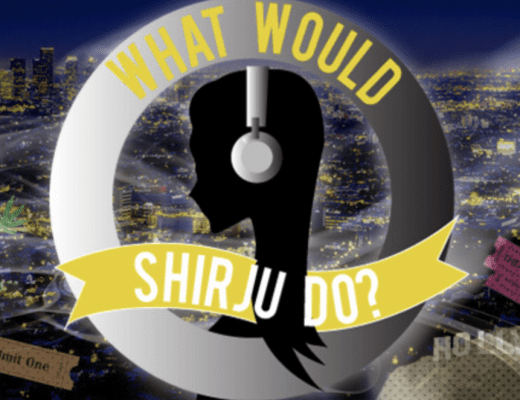