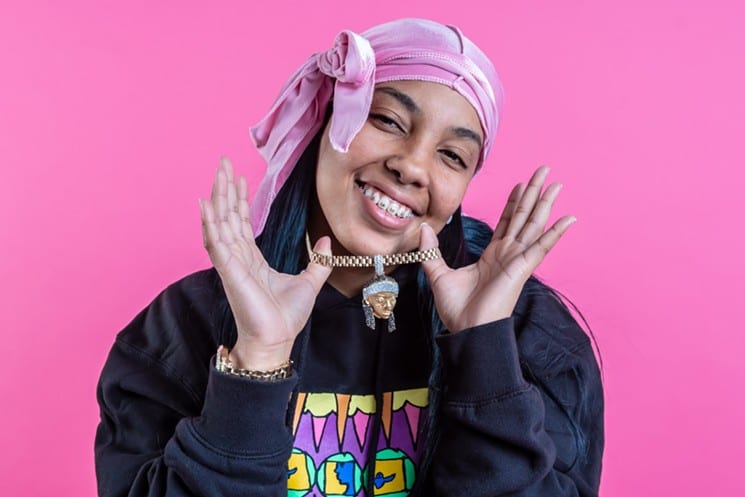 Azjah, arguably the most successful female rapper to come out of Compton, is repping the Westside to the fullest. The Princess Diaries artist prides herself on bringing a new sound to the West Coast, while helping to “put females on the map.”

From working security at FedEx to now seeing her name and face plastered over billboards in the city, the rising star puts her truth and life experiences into her rhymes, describing it as “pain music.” The melodies are born from her ability to both rap and play music, but she’s focused on creating an entirely new sound — one she doesn’t have name for yet.

Still, her greatest joy comes from giving back to the community and making a positive impact in whatever capacity possible. Just last month the 24-year-old hosted an explosive block party in Compton alongside her label EMPIRE and REAL 92.3, where Compton mayor Aja Brown unveiled the newly-renovated basketball courts in the Wilmington Arms Projects where Azjah grew up.

Speaking about her standing in Compton, she says, “Man, it’s deep. I got so many people looking up to me right now, looking forward to the future. I’m just excited to see what and how big my platform will be later on.”

Growing up, Azjah recalls some glorious summers in Compton.

“We played, had a lot of water fights,” she says. “But then you got the well-known side of Compton: the killings, the violence. Overall it wasn’t as bad as it seems, I just adapted to that community. We had a lot of friends in my community, we all call each other cousins. Even though we’re not blood-related, we all consider each other family. I was close with everybody in my neighborhood, that’s why it’s important for me right now to do so much for the community.”

It was at the age of 8 when Azjah was watching Mindless Behavior that she started to actually rap, experimenting in the studio to see how she sounded.

“I started doing freestyles, then got into really hitting the studio,” she says. “I came out with a song called ‘The Warm Up’ and then ‘Time For It.’ ‘Time For It’ was my big song. Shout out to DJ Amen, he put me on the radio first (92.3). Shout to DJ B Eazy, he put me on Shade 45. I’m just 10 times grateful as ever. I knew I would get up there one day, but I didn’t think it would be like this. I didn’t think it’d be this fast. Literally everybody’s showing me love.”

She proceeds to shout out YG, Ty Dolla $ign, G Perico and Westside Boogie for the love. Like the rest of the artists, Azjah comes from humble beginnings. “Life before the music was just school and work,” she remembers. “FedEx security. [flexes biceps] I did security for Fedex and worked at Sam’s Club while going to school for business at Cerritos College. I didn’t graduate, I started getting crazy with the music.”

Fast forward to a month ago, Azjah quit her job and went full in with the music.

“I was scared to leave my job because I couldn’t believe in this happening,” she says. “I did my distribution with EMPIRE, it’s been really fast. When I first dropped ‘Time For It,’ I had 4K followers, then it jumped to 7K, 10K. Now I’m at 31K, it’s just been growing with time.”

Speaking about how the record came about, she recalls, “I was in the studio with MyCrazyRo, a rapper from Long Beach. We did a song. After that, I had my engineer play a beat I was sent. I listened to the beat and freestyled the hook. I had the verse written already, so I was just in there playing around. Then I thought of Kelis — ‘my neck, my back’ — but I put my own twist to it.”

After being gifted a Death Row chain from King Ice, Azjah reveals what the notorious rap label means to her.

“Growing up especially watching Straight Outta Compton, N.W.A, the whole process, it means a lot to the West Coast. Tupac was on Death Row, Suge Knight, shout out to them. To me, Death Row went to TDE. TDE is the new Death Row. That’s why I’m looking forward to bringing my label Rock Solid — I want to be as big as Death Row one day!”

With her Princess Diaries recently released, she might be well on her way. She sees the album as her introduction to the world.

“Expect to be able to listen to it over and over again! I don’t think nobody is gonna skip one song. Expect to get to know me a little bit more. Expect to hear songs you can dance to, you can cry to. I got one little sexual banger on there, for our freak-a-leeks. Expect to hear everything, every part of me.”

Azjah’s style and swag may seem “tough” at first glance, but the “Princess of Compton” nickname actually fits in quite nicely.

“Growing up, I was always a tomboy,” she says. “Always had that edge to me. My family’s well-known, my dad is an OG in Compton. First, one of my guys in Compton started calling me the Princess of the Arms ’cause that’s where I grew up, in the Wilmington Arms.’ After that, they’re like ‘Nah, you the princess of Compton.’ I just took the name and ran with it. It kind of fit the description with my dad being known, my brother being known, everybody knowing me because of them.”

Born and raised in the streets of Compton, many have fallen victim to the unfortunate reality of our society’s justice system, including her own brother Cholo, who its currently locked up.

“It’s bullshit, but I’m not gon’ be biased,” Azjah says. “You do what you do but in this case, my brother didn’t do. If you do something, you gotta pay for the crime. The only thing is he didn’t do it, that’s what’s fucking it up more. The justice system is ass. The actions people make are ass. It’s just ass. It’s ridiculous.”

The entire West Coast is rooting for Azjah. Her last words: 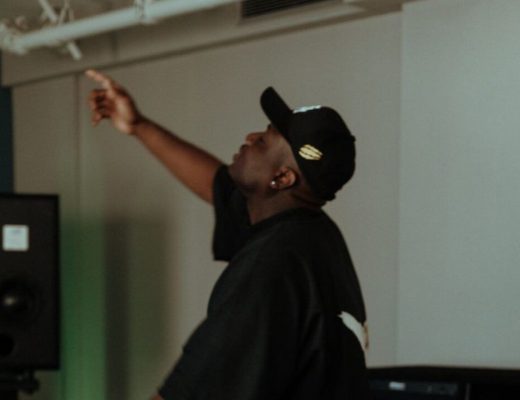 Fourtee On “Hustle,” Playing Kanye West For A Day & Contributing To Cardi B’s “Up” 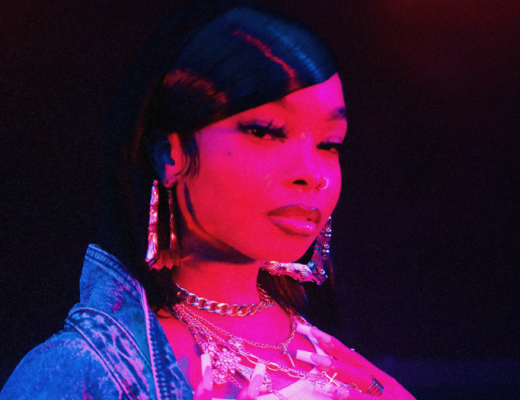 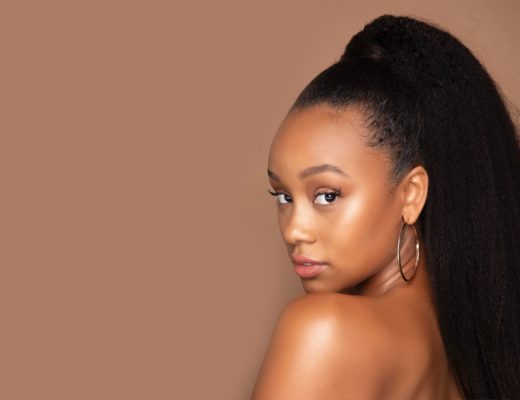