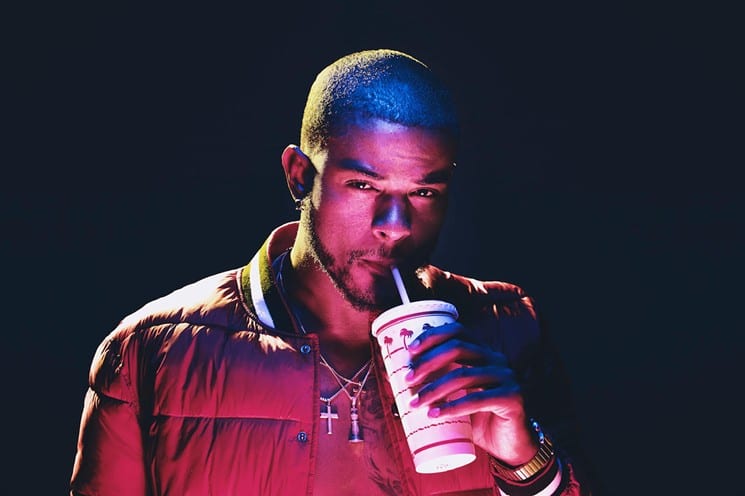 Trevor Jackson is here to spread the message of self-acceptance — in more ways than one. Whether he’s making music, acting, directing or even surfing, the 22-year-old is living and loving life to the fullest. You may recognize his face or tail (the braid on the back of his head) from TV shows such as Grown-ish, or even his star role in SuperFly, but music is where his heart and soul resides.

Hailing from the Midwest (Indiana to be exact), Trevor migrated to Los Angeles in 2008 and did Lion King, the Broadway show, for three years. But it was at 15 years old that he got signed to Atlantic Records. He reveals, “I was young and they told me what to do. I’m like ‘whatever they say is right.’ As I got older, I realized people I loved like Prince created their own wave. You gotta do it for you.”

Now, he celebrates a fulfilling new deal with Empire, creating the type of music he wants and flexing his versatility with each record. He jokes, “If Prince can walk around in heels and do whatever he believes, I can do what I want to do.” His Rough Drafts, Pt. 2 album drops soon.

L.A. WEEKLY: How would you describe your sound?
TREVOR JACKSON: When I sit down to make a song, I’m never like, “Let’s make an R&B song, a pop song or a hip-hop song.” What I listen to mainly is country. I’m talking those country songs that make your stomach shrink up and your heart cry. That’s all I listen to, 105.1. More so for writing: the stories. My brother, Ian Jackson, started producing five months ago. He has three or four songs on the album.

How does L.A. compare to Indie?
The weather obviously is much better. I get to surf out here. There’s more things to do. In Indiana, it’s quite racist. A lot of Nascar. Good food.

I lived with four girls from Indiana University. They drink, huh?
Anybody from there drinks heavy.

Being an actor, how are you able to balance the music?
They both go hand in hand. Whenever I’m not in the studio, I’m on set. Whenever I’m not on set, I’m recording. I always need to be doing something. That stems from Broadway, always having to be on the go. Rough Drafts, Pt. 1 and Pt. 2, I made in my living room. Two speakers, a computer, a microphone and Pro Tools. People send me beats, I write to them, record. When I was signed, I was paying $5,000 for a vocal producer to record me when I can do it myself. To anybody out there doing it, get rid of the middleman. There’s nothing worse than waiting on somebody for something you know you can do.

“SPAM In A Can” is super personal. Talk about opening up in your music.
It’s funny because I was working with Money who works very closely with Wale. We made three songs that night in an hour. He’s like, “You want to make one more?” I’m like, “Sure.” He puts on that, I literally freestyle the whole melody. Most of the words was already there, the first take. I came out and we’re all teary-eyed looking at each other. He’s like, “You have to finish this.” It took me the next day. Most of that shit just came out.

What were you going through?
Man, “let me feel it.” I was lit. Let me be real. People see one painting or the picture, and they forget all the hard work. That’s why I call it Rough Drafts, so people can accept the imperfections. Especially on social media, everybody’s trying to be perfect. People who look like their life is perfect, you meet them and they’re boring. They’re not fun at all. I really wanted to show that everything that glitters isn’t gold. How you probably struggle to go to work or school, I struggle to do what I want to do. It’s called embracing that. Stop being afraid of failure. Embrace the failure because it’s necessary to get to where you need to be. In college, you need a rough draft one, rough draft two, until you get to your final draft.

Rough Drafts, Pt. 2 June 4th! What can we expect?
More music you can play at the club, more music to turn up to. More hip-hop elements, but still R&B too. I like for everything I do to be different. There will never be two of the same. There’s wide ranges. Because what if someone hates the single and loves the album? The label always said “an album needs to sound cohesive, you need one producer to produce your whole album.” Why would I do that? I want somebody from Indiana, then somebody from Africa to at least like one song on there. That’s a good thing about Rough Drafts, nobody ever picked one song. Every time I ask someone, it’s different. That’s how I am mentally, I’m crazy. I’m impulsive. I’m random as shit. That’s what I enjoy, so I want my music to emanate that. I’m all over the place.

Talk about the cover art of the back of your head.
The tail! [chuckles] The tail’s important. I started growing that because where I was at musically, I felt like Anakin Skywalker. Rewatched 1, 2, and 3, watched his journey and felt so close to him. He’s like “I’m dope as fuck! Nobody’s seeing this. Nobody’s letting me go on missions, F ya’ll.” Started growing it, started picking up the guitar, started doing my own thing. Now the tail has become a thing. People see me and think of it.

Even in my show Grown-ish, Kenya tried to get me to cut it. I won’t cut it, that’s why they make fun of it in the show. They’re like “this guy is walking around with a rat tail? Ew.” A lot of people tell me to cut it. If you think you’re the ruler of my life, that’s cute. It’s another volume to stand for something. Occasionally, I run into somebody who’s like “can I rebraid your shit?”

“The word I often hear is legend, but I’m just tryna chill w/ my family.” What does family mean to you?
Family means actual family. My cousins, my grandma, my uncles. Sometimes, you don’t want those pressures. Even though I’ve heard it since I was young, I’m like “damn it’s a lot, but I want to execute it.” That’s why I’m hard on myself. It’s balance. Being hard on yourself but accepting you’re an evolving creature that’s not fully matured yet. Ever, we’re never ever fully matured.

How have you adjusted to fame?
The key is my faith in God, my faith in my purpose. But also the people I have around me. l have a really strong radar for bullshit. The minute I see it, “OK, love you from a distance.” The hardest part is relationships. Women. It’s finding the next thing due to the position. “How can I take you for your word? Why are you here? Are you here for the right reasons? What do you want?” When I first meet you, I won’t spend money at all. That won’t be our relationship. I pay for myself, you can pay for yourself, we’re here to have each other’s company.

Talk about the deeper meaning behind “In My Crocs.”
I want fans to get the acceptance of self and that you are enough. People try so hard, it makes me sad. People are like “oh you wear crocs?” If Crocs cost $5,000, you wouldn’t say shit to me. But because they’re cheap shoes that I feel comfortable in, you have to feel whatever. The line “a diamond will shine even in the dark,” you don’t have to try that hard. If I have money, I don’t have to have things for you to know it. That’s wasteful. I spend money on food, I’ll go to Taco Bell and ball out. Quesadillas! Food, sustenance.

What are some goals yourself as an artist at this point of your career?
I want to learn to play saxophone. I’ve been thinking and it’s been on my heart heavy, I don’t know why.

How easy is it for you to pick up something and do it?
If I love it, it’ll be quick. But if I hate it, it’ll take me a minute. Guitar was quick. I can’t play chords, but I can solo over almost anything I hear. I’d literally be in front of that all day. “Nope, that’s wrong, etc.” Same with surfing. I learned when I was 11 in Hawaii, stopped for 9 years. Somebody’s like “you surf?” I’m like “yeah I surf!” Go out and get demolished. I’m like “oh never again.” Started going everyday. I have seven boards. Started out on super longboard learning, now I’m 6-0.

Where do you go?
Malibu and Venice. I live in Burbank, so I drive an hour every morning.

What are you listening to in that hour?
Nothing, completely quiet. I do listen to myself a lot but when I’m driving, it’s clear. Because I’m always listening to music, so it’s nice.

Who’s your favorite artist right now?
Drake will always be great. Again, country music. It’s not a particular artist. Old Dominion is one I like a lot. There’s a song called “Written In The Sand.” But the song I do listen to on the way to surf is “You Get What You Give” by The Radicals. Every time, it gets me ready.

What can we expect at your show at The Mint on June 6?
Expect a different side of me performance-wise. I always perform with a track but I’m going to be with a band this time. More intimate. I want people to ask questions. I want it to be informative, get a sense of why I wrote the music. Because everything I write is very, very close. Either happened the day I made it, the day before, or the week before. It’s very close to my life.

Anything else you would like to let us know?
Love happiness, I’m glad to be alive. Be kind, don’t be a successful dick. 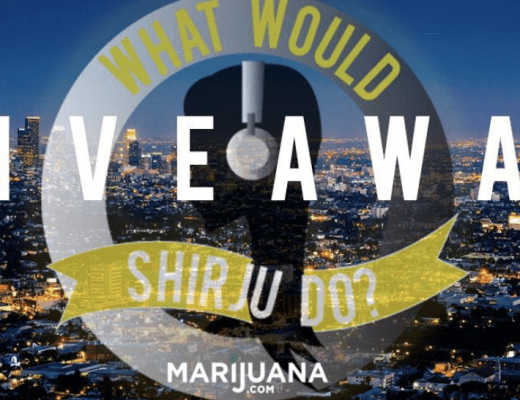 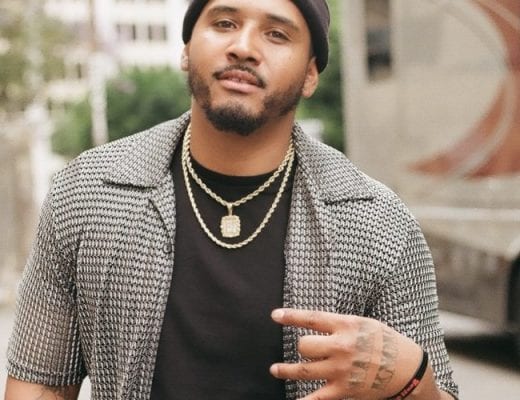 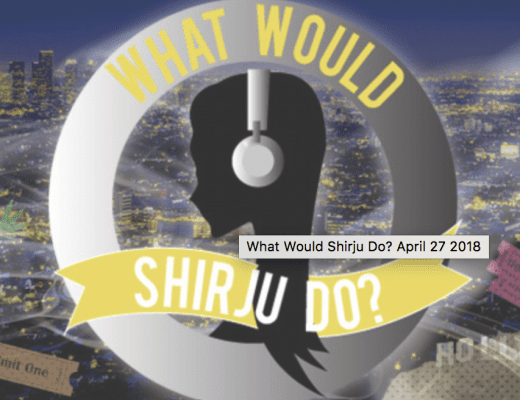