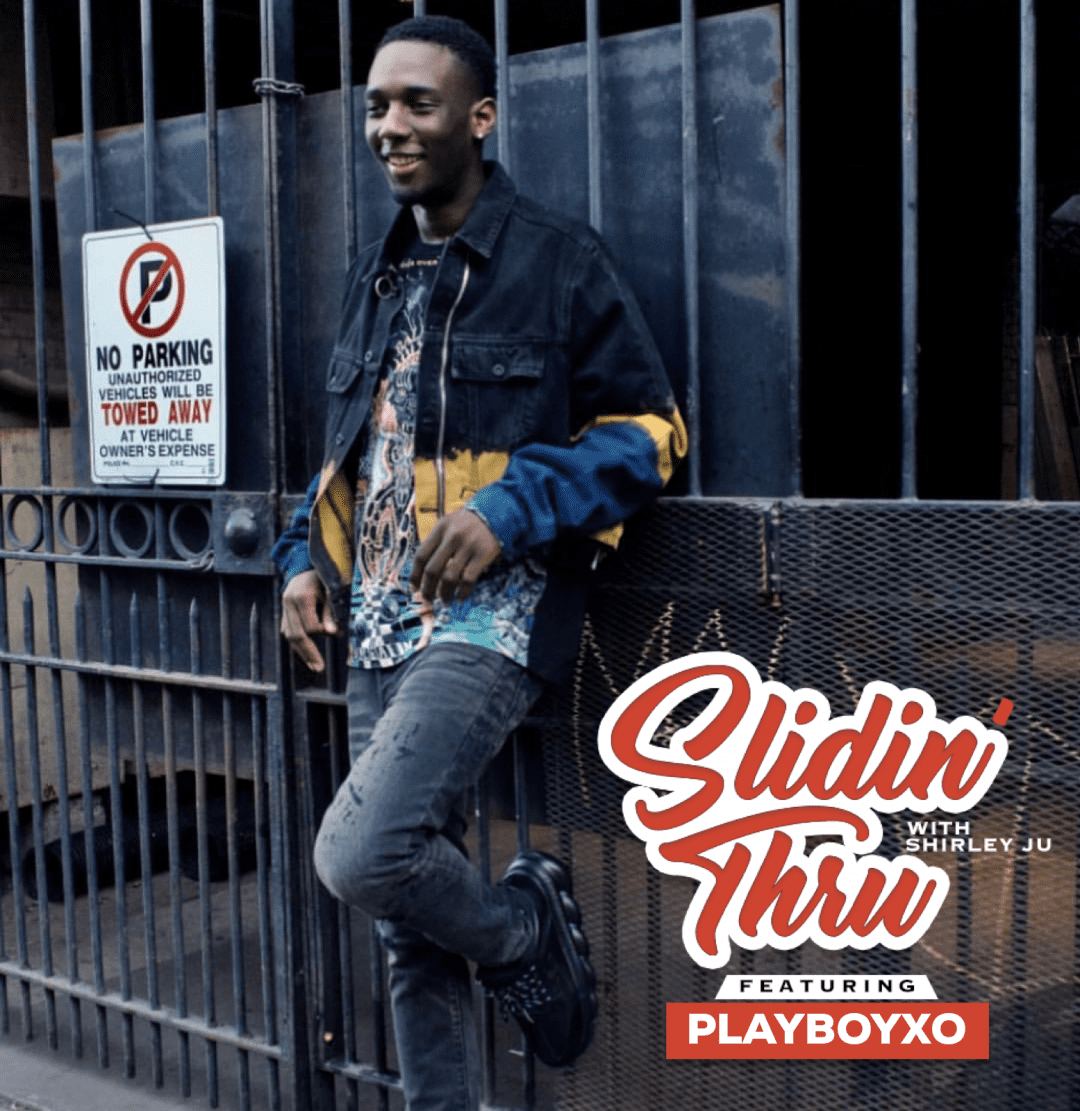 “Playboy on this bitch, but he ain’t playin’ though!” PlayboyXO has had much success as a producer, as evidenced by his producer tag. In fact, he claims hearing those words alone is an immediate indicator that the song is a slap. Playboy is the genius behind two of NBA Youngboy’s biggest hits: “Genie”, currently over 207M views on Youtube alone, and “No Mentions,” currently over 90M views. Read more…

While he’s been making beats his whole life, Playboy’s dream was always to be a rapper. It was the moment his blood cousin OBN Jay blew up that he realized it was his time to trade the Fruity Loops interface for the microphone, spitting his own rhymes for the world to hear. Hailing from the hoods in Baton Rouge, this is his story to tell.

During his most recent visit to LA, Playboy and his label Breakout Music threw a release party for his debut single “Came Up.”

“Love Galore Pt. 2”?
Yeah. I got in touch with Travis Scott through YFN Lucci, and SZA through TDE. I got a homeboy from New Orleans who just signed to TDE, his name’s FAME. If he didn’t sign yet, he’s about to. If it wasn’t from him, then my cousin. I forgot how I got in touch with SZA, but that’s major. [laughs]

You’re from Baton Rouge, how does that play into your life and career?
All my music is about the struggle. If you’re coming up in BR, you’re gonna go through the struggle. Section 8, no money, no food. I wasn’t all the way poor, but I was poor. I had enough, but I didn’t have it good. It wasn’t the best. Growing up, I saw a lot: drug dealing, shooting, sex trafficking. A lot of shit you see coming up in the hood.

Were you part of the streets?
Nah, I was a hooper. I played basketball since I was 3. I stopped playing in 11th grade.

How did you fall into music?
I was 10 years old. I used to go to my grandma’s house every weekend. She had an app on her computer called Mixcraft. I started watching tutorials on YouTube about Mixcraft and I ended up seeing FL Studio. I started listening to Gucci Mane, then Southside and Metro Boomin ended being my favorite producers. I seen they were using FL Studio. Ever since I seen that, I been using FL.

Do you remember the first beat you made? How old were you?
Yeah, it’s on YouTube. [laughs] I got yo picture on there! [points to friend] I was 10 years old in 6th grade.

At what point did you realize this music thing was forreal?
7th grade, I couldn’t leave my computer alone. I used to take my laptop to school to make beats in class. I had bad grades from 7th to 11th grade because I was too busy making beats. But I ended getting everything together.

How important is it to come to LA as an up and coming artist?
I want to move to LA. Everybody’s out here. Yesterday I’m at the studio, I ran into Swae Lee, Roddy Ricch, and Yung Berg (Hitmaka). I ran into a lot of people yesterday, there’s a lot of opportunities I don’t get at home. I don’t even go to the studio at home. Studios don’t even be poppin’ like that. I’ve never seen that many famous people in one building.

How hard is it to transition to artistry?
It’s easy to rap. It’s easy to be an artist. Breaking out as an artist is hard, but making the music is easy. A lot of beats I play, I can get on them easy. Real easy. I feel like I’m better than a lot of these rappers.

Why are you better?
Because I make my own beats.

You produce and rap, do you engineer too?
I do, but I don’t like to engineer my own songs. I want somebody else to make me sound better. When I mix my own songs, it doesn’t sound like the other people’s songs I make. Their shit sounds good, my shit sounds aight. Really, ever since I’ve been coming around people in LA, I’m like “I want my shit to get mixed in LA.” LA has the best sound to me.

What are some goals yourself as an artist at this point of your career?
I want to be bigger than Drake. Bigger than… who’s the biggest producer to you, Pharrell or Metro?

Pharrell for longevity.
Alright Pharrell. I want to be bigger than Drake and Pharrell. I like to rap on other people’s beats though. I like when people send me beats. I just got some beats from Honorable C.N.O.T.E. I got something from Zaytoven. I got some from Hit-Boy, he just made that song for Nipsey and Roddy Ricch (“Racks In The Middle”). He said he pulling up to the studio, I hope he does.

What is it you want fans to get from your story?
The real me. I want people to really know where I come from. A lot of people in my hood don’t get chances. This is once in a lifetime. When I look at all the people who made it, they were fucking with the same person. It seems like that one person is bringing n*ggas out the hood who are really superstars. Kevin Gates, NBA Youngboy. Dude from Youngboy’s team, he’s bringing all the n*ggas out the hood. Everybody he touches, superstars. They got n*ggas in the hood getting deals and shit.

We’re the most talented city with music. We got some n*ggas who can really spit. We make good music fasho, it’s just we need some unity out there. We don’t work together. There’s a lot of hate out there. I don’t get no hate though. I probably do get hate, but I don’t feel it. I don’t see it either. I don’t get any bad vibes. I don’t be thuggin’ in the streets, I be coolin’. Everybody cool with me. But still, we need some unity.

What’s a normal day in the life? Walk us through.
I be at home making beats or I’ll go to the studio to record. That’s really all I do. That’s why I have a problem with the label people telling me what to do, because this all I do. You don’t have to tell me to go to the studio, I do this every day. I don’t hoop, I don’t smoke, I don’t do no drugs. I don’t go out, I go to the studio and go home. Music is all I do. My life is 100% music. I grind all week, every day.

3 things you need in the studio?
Candy. Jolly Ranchers, the soft ones. I don’t like hard candy. I need my laptop. I need my own space. I want to have my people in there, I don’t want to have other people. I don’t even want my label in there. I can’t loosen up when they’re in there.

What’s the best encounter you had with a fan?
10 minutes ago. We hopped out the Uber, they’re like “Playboy!!” It was lit. That shit made me feel good. Also 3 or 4 days ago, somebody called my phone out the blue like, “you want to make a beat for us?” I was like “who’s this?” She’s like, “we’re just some fans.” I said “send me your email, I’ll send you something.”

What can we expect at the release party?
Tbh, I didn’t know anything about that. That’s something new. We’re dropping a single called “Came Up.” They told me about it, but they didn’t tell me exactly what it was. I didn’t know it was going to be that big. I still don’t know if it’s going to be big. It’s at the Loews Hotel at the ASCAP Expo.

ASCAP is its own entity.
I said that too! It ain’t really have nothing to do music. I’m like “I’m finna perform in front of these people?” It was more about computer shit, like software and instruments. I feel like I don’t need to be performing, but I’ma try to rock it anyway. [laughs] 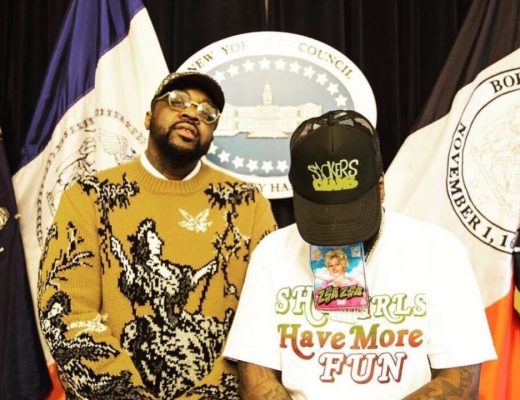 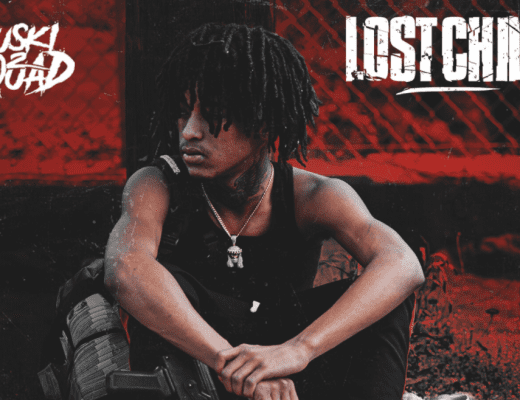 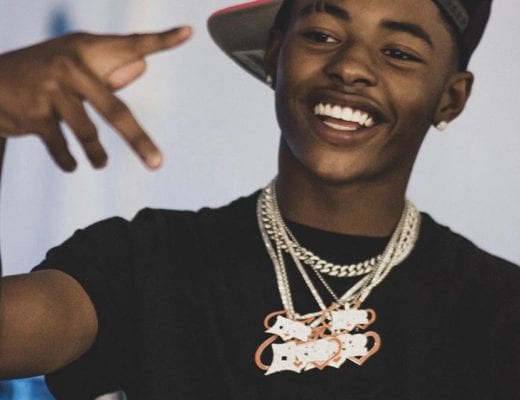