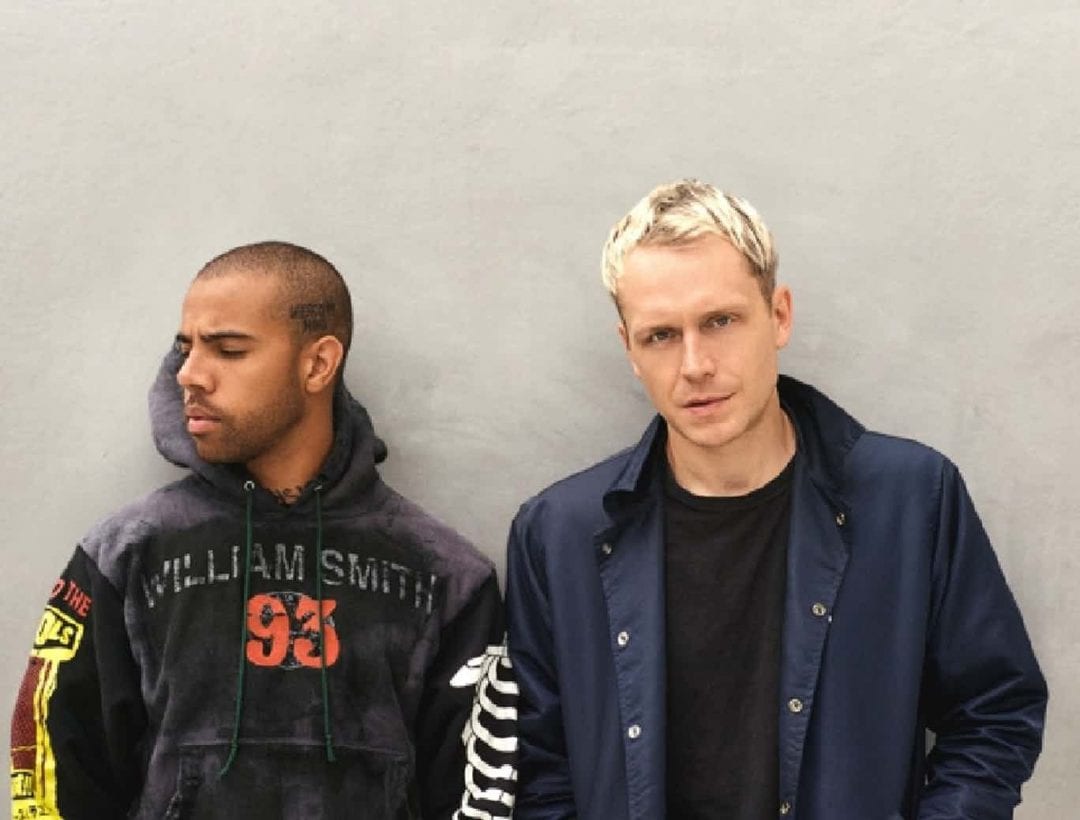 “Young Forever” by Jay Z and Mr. Hudson is one of the most timeless records to date.

The UK singer, songwriter, and producer has worked with everyone from Kanye West to Vic Mensa to Future, while unleashing records under his own artistry.

Mr. H isn’t worried about the money or fame, he’s a music-lover down to the core. You may have heard him on Ye’s “Paranoid”, as well as co-production on “Street Lights.” On the flip side, you see Kanye on his own 2009 standout single “Supernova.”

Fast forward to 2019, fans can look forward to another project in the works: WHEN THE MACHINE STOPS arriving June 21st.

AllHipHop sat with the 39-year-old on a bright sunny day in Los Angeles  — proof he’s not a vampire!

Mr. Hudson: Because I always bring something different. I think I surprise people. If you think you’ve heard it all before, give me a shot.

AllHipHop: Bring us back to that studio session for “Chicago” with Vic Mensa.

Mr. Hudson: We did it in stages. I wrote the song with Johan — get familiar. He’s new, he’s coming up. He’s doing really well as an arranger, producer, writer. He’s worked with Vic, Big Sean recently, did some strings for Kanye. We wrote the song together, produced it out. I wanted it to sound like Chicago. Got the drums sounding right, then we called Vic. It just felt right. Went around to Vic’s house, played him the track, and he jumped on it.

AllHipHop: What’s it like being from the UK, but doing a record about Chicago?

Mr. Hudson: I mean, I’ve been really privileged to travel a lot thanks to music. When I first came out to the States, it was working with mainly with guys from Chicago through G.O.O.D. Music. Since then back in 2007, 2008, I’ve always had an affection for Chicago and a loyalty to it. Because it was my first “in,” they put me on.

AllHipHop: What’s the dynamic in the studio with Vic?

Mr. Hudson: It’s great. He’s a very instinctive emotional writer. It’s quick. He figures out what he wants to say, turns the mic on, and he says it. He’s not hanging around watching basketball or ordering food. And he engineers himself, I was really impressed. Sitting with Pro Tools and the mic, cuts his own vocals. I’m sure a lot of times he has an engineer, but on that day, it was real quick.

AllHipHop: How’d this differ from your previous collaborative track “Coldplay”?

Mr. Hudson: I suppose “Coldplay” was the first time I took a bunch of tracks to him and said, “Do any of these speak to you?” I hedge my bets. By that time, I had 5 or 6 joints and he picked that one. Whereas with “Chicago,” I said, “I’ve got this song for you.” I didn’t give him an option. [chuckles]

AllHipHop: What can we expect on your new album WHEN THE MACHINE STOPS?

Mr. Hudson: Well it’s kind of futuristic. It’s a little down beat, which is more my lane. It’s minimal. It’s a product of being in LA and just exploring. It’s kind of inspired by downtown, it’s funny we should meet here [in Downtown]. It’s about me spending a lot of time on my own really. It’s a record about solitude, learning how to be okay with that. I moved to LA in about 2015, it took me a minute to figure how I’d fit socially. Meeting people, figuring out what are my neighborhoods and who I am in this context. It’s a product of that process.

AllHipHop: So your neighborhood is Echo Park?

Mr. Hudson: Well I’ve been moving around trying to figure out where my neighborhood is, but I do like the East side. Echo Park’s cool, downtown, I’ve been messing with Highland Park. Anywhere near the Dodger Stadium. Not that I’m a Dodgers fanatic, I’ve only been once. The only problem is the traffic, but I went to a game once. Ate a Dodger dog, had a couple IPAs. I didn’t feel very healthy afterwards. [laughs]

AllHipHop: Are you on the LA healthy/vegan wave?

Mr. Hudson: Yeah I’ve been messing with that definitely. Trying to be more woke about what I’m putting in my body. Whenever you spend money, you’re making an ethical choice. It’s like voting. Whenever money exchanges hands, there are ethical decisions there. I’ve been thinking about definitely being more eco, California has given me permission to go down that rabbit hole. Because we didn’t really worry about that in London back in the day.

AllHipHop: How was linking with Taylor Bennett on “I MISS YOU”?

Mr. Hudson: I linked with Taylor in a very 2019 way: through the DM. It goes down in the DM. [laughs]  I thought it was just relationship stuff, but it’s honestly a place of work. It used to be email and now it’s DM. Who wants to email? Taylor and I just hit off really quickly, started sending each other ideas. He was surprised he sent me an idea Monday morning at 8am, and I sent him a verse at 9am.

AllHipHop: Who hit up who?

Mr. Hudson: I don’t even remember. Often, online relationships come into existence slowly. You peep each other, somebody’s liked a pic, then there’s a comment. Eventually, somebody DMs. It’s like romantic relationships. It’s a little dance isn’t it? Also it’s a numbers game. I respect people who if you’re creative, whatever your hustle is, let everyone know.

AllHipHop: What about Chance?

Mr. Hudson: I’ve not seen Chance for a minute. Not since London a couple of years back, but I’d love to catch up with him!

Mr. Hudson: Janelle’s the truth. She’s unique. I work with a lot of different artists, different genres, and Janelle’s really special. Her drive, the way she approaches things. She’s a team player. She navigates, she knows where she wants to go. That’s how you get results. I love her instincts for music.

AllHipHop: How do you choose to collaborate with and why?

Mr. Hudson: As a writer, sometimes you come up with ideas you’ll never going to sing yourself. Certain lyrics — I’m not a female. I don’t live in Atlanta. I’m not African-American. I get to another artist and a different genre, I get to say a different things with that person. I love having all of those outlets.

AllHipHop: Last time we spoke, you had epic stories about Kanye West. Have you guys chatted since?

Mr. Hudson: Yeah I saw him this weekend. He seemed really well. I went to Sunday Service and gave him a big hug. It’s beautiful. It’s interesting for me because I’m not religious, but I have a lot of respect for all spiritual forms. It’s interesting to see him defining his terms of how he wants to live a spiritual life. It’s really powerful to watch. Of course, he’s coming at it with music and design.

The building we were in somewhere up in the mountains, they built their own structure for it. There was actually a speech about this in the beginning, it’s about equality. Everyone’s sitting in the round: no front row, back row. It’s incredible.

AllHipHop: Are you on social media while you’re there?

Mr. Hudson: No I like to live in the moment for that kind of thing. I let other people document it. You might peep me in somebody else’s footage. [laughs]

Mr. Hudson: I’m always in the present tense. A lot of people like to have plans, goals, and strategies — I don’t worry about that stuff. Where am I going to park? What’s for lunch? When can I get to the studio? What am I doing? I live in the present tense. My goals outside of music are being healthy and happy. If I can facilitate other people, that for me is real gold.

Mike Will posted something: “You’re not a boss until you can make someone else a boss.” I really subscribe to that. I get as much pleasure connecting other people facilitating their projects. No one needs to cut me a check. If I hear this track and can imagine you singing on it, I’ll connect you and walk away. I’m very instinctive and just turning into a hippie. This California sun… health is wealth. Get your 8 hours of sleep and call your mother. Everything else will figure itself out.

Mr. Hudson: Check out the album on June 21st. I put a lot of time into it, if you could spare 30 minutes of your life and listen. I mixed the whole project. It was scary for me to really go in on the science of it. Even though I’ve worked on a lot of records over the years, it feels like a debut. From a production point of view, I’ve never had so much authorship on one project. Always handed it over to somebody else to be the parental figure, but this is mine. My sound. Whether you love it or hate it, hopefully people will say “I want Mr. H to come and work on my thing.” 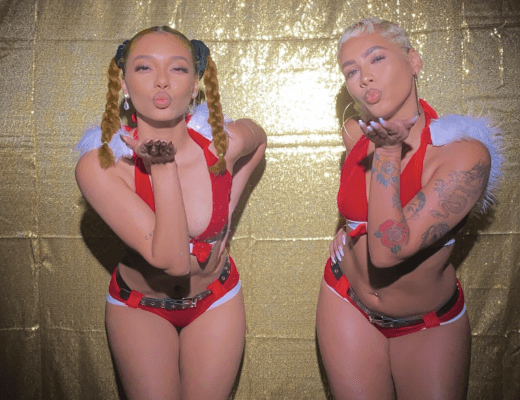 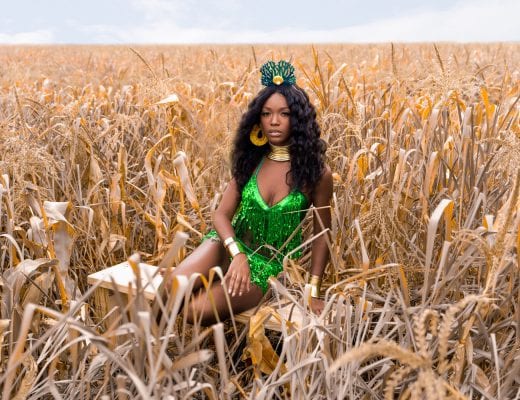 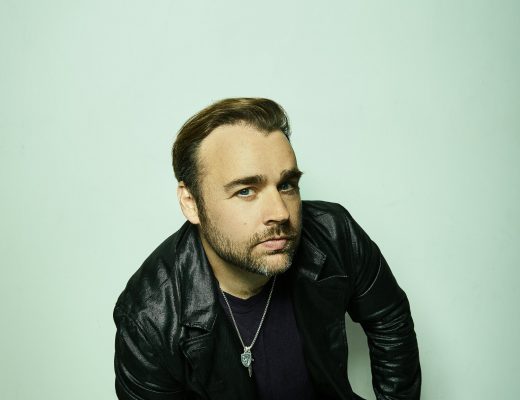 ASH AVILDSEN | CREATING HIS OWN DESTINY, CROSSING OVER INTO FILM, AND HIS HIT SERIES ‘PARADISE CITY’